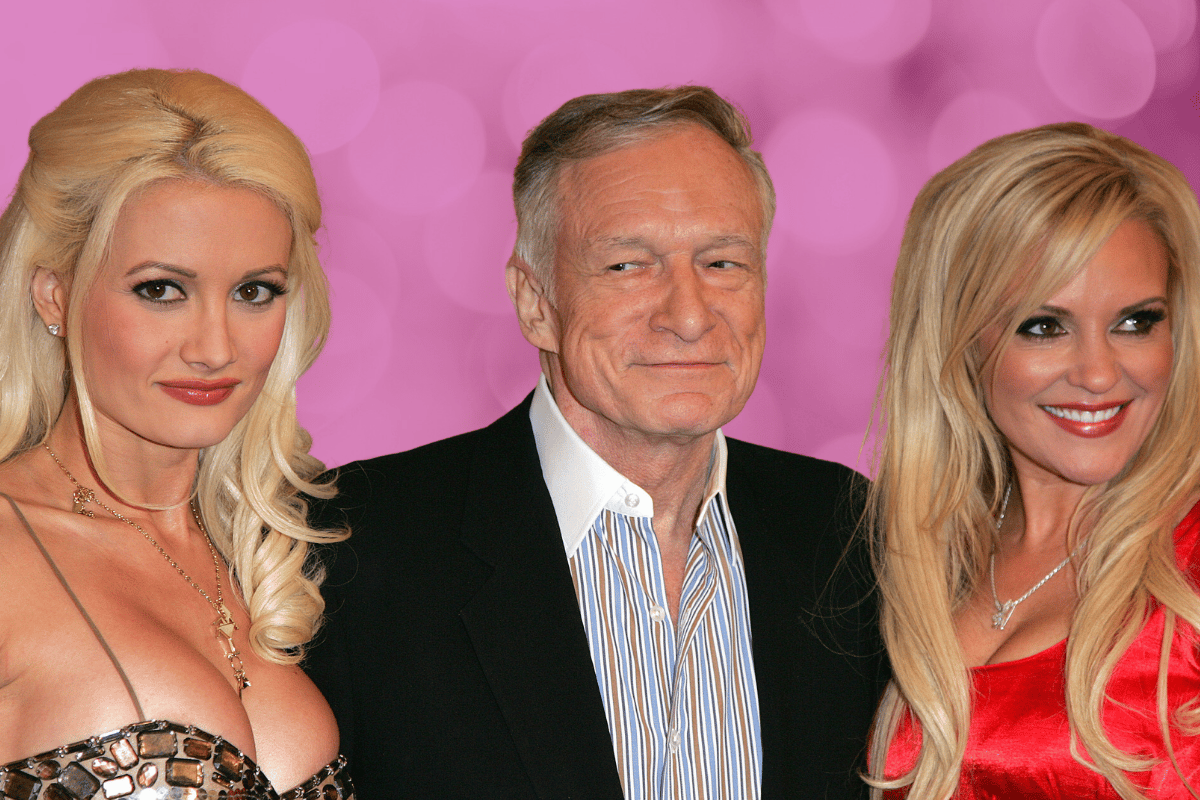 This article deals with the topic of emotional abuse, and may be triggering for some readers.

Holly Madison was Hugh Hefner’s number one girlfriend for seven years in the Playboy Mansion.

Despite attaining this glorified status, Holly was treated anything like number one by Hefner.

Holly says she was subject to manipulation and degradation under the hands of Hefner and the other girlfriends in the house.

In the forthcoming 10-hour docuseries, Secrets of Playboy, Holly is set to lift the lid on the mental and emotional trauma she experienced as a Playmate during her time with Hefner.

Watch: Holly Madison on the Playboy Mansion. Post continues below.

The docuseries will feature a range of relevant people, including former girlfriends, staff, insiders, colleagues and more into "the dark reality underneath the glossy exterior of Hugh Hefner’s Playboy empire."

Here's everything we know about Holly Madison's time in the Playboy Mansion.

In a teaser for the new docuseries, Holly shared the story behind her 'infamous' shorter haircut she debuted while in the Playboy Mansion. 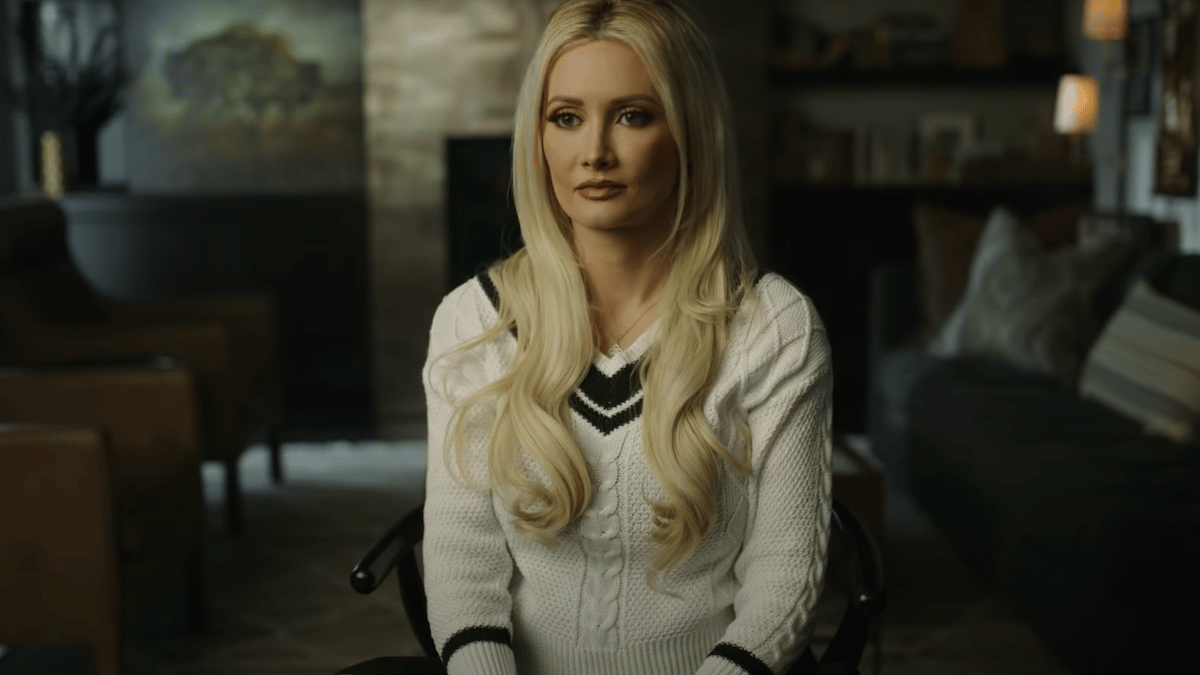 "I got to a point, not too far into my time there - I think it was, like, six months in - where I kind of broke under that pressure being made to feel I had to look like everyone else.

"My hair was really long naturally, and I was just like, 'I'm gonna go chop my hair off so I can at least look a little different'."

As Holly got ready to show off her new hair-do, she looked to Marilyn Monroe for inspiration, adding some red lipstick to her look. Little did Holly know that Hefner was not a fan of short hair.

"I came back with short hair, and he flipped out on me. He was screaming at me and said it made me look old, hard and cheap." 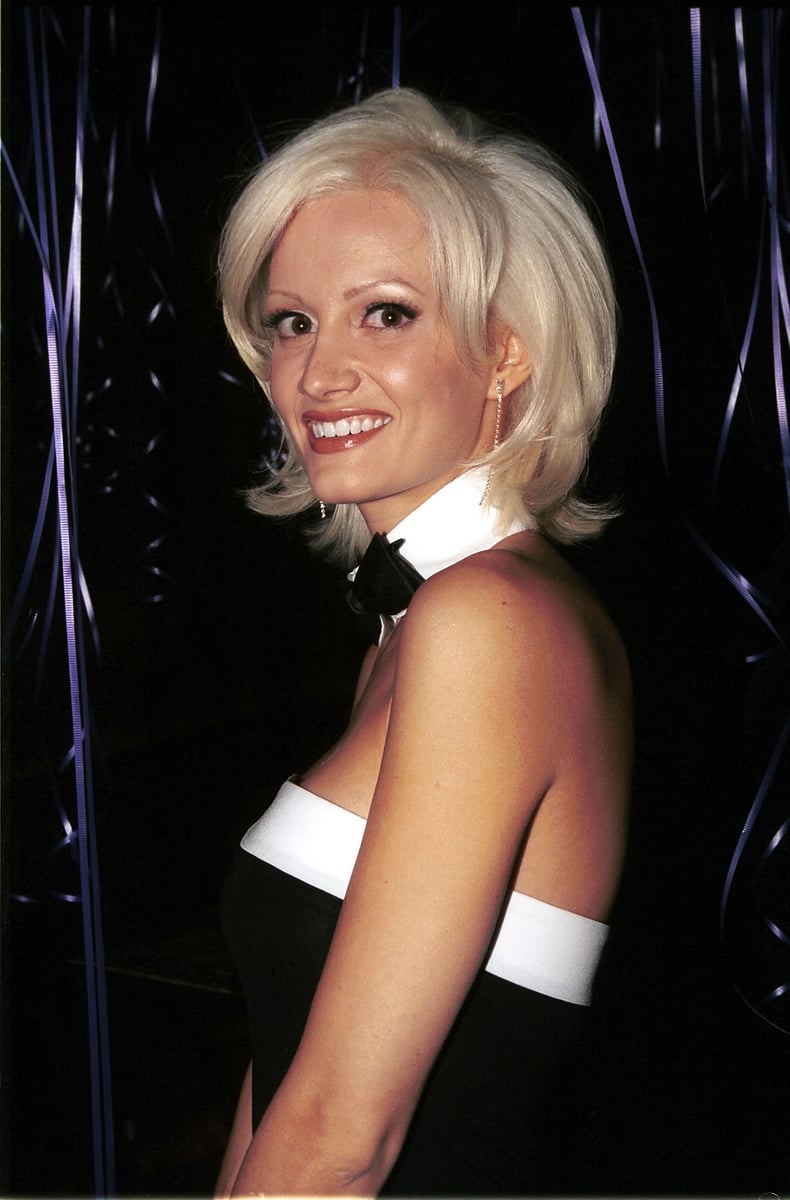 One of Hefner's other former girlfriends, Bridget Marquardt, also revealed in the documentary that the way Hefner treated Holly in particular was horrendous.

"Hef would be pretty abrasive in the way he said things to Holly. She came down with red lipstick one night and he flipped out and said he hated red lipstick on girls, [and told her], 'You need to take it off right way,' even though other people could wear red lipstick and it didn't seem to bother him."

Bridget continued: "It was very frustrating to live with every day: all of the drama that was going on and the tensions. I could definitely see that she was getting depressed and sad, and her demeanour was starting to change." 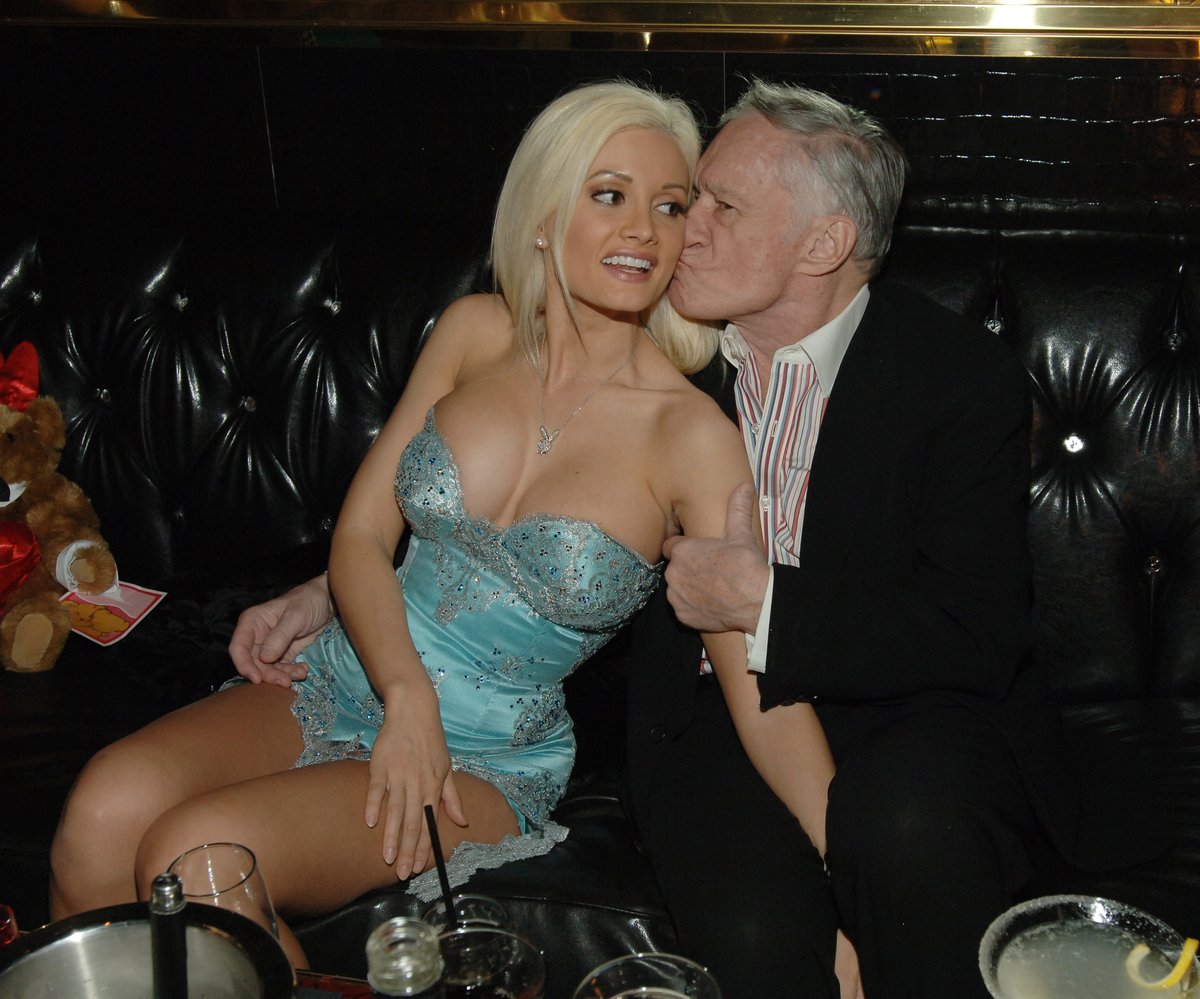 As well as the latest documentary, Holly has also shared her memories of the Playboy Mansion in two autobiographies: The Vegas Diaries and Down The Rabbit Hole: Curious Adventures And Cautionary Tales Of A Former Playboy Bunny.

In one of the books, Holly revealed the truth behind the 'sex, partying and glamour' mirage associated with Hefner and his girlfriends.

"Those people who watched The Girls Next Door… they thought I was happy with Hef. He painted it like some sort of fairy tale. They think living at the mansion must have been heaven on earth," the now 41-year-old admitted. 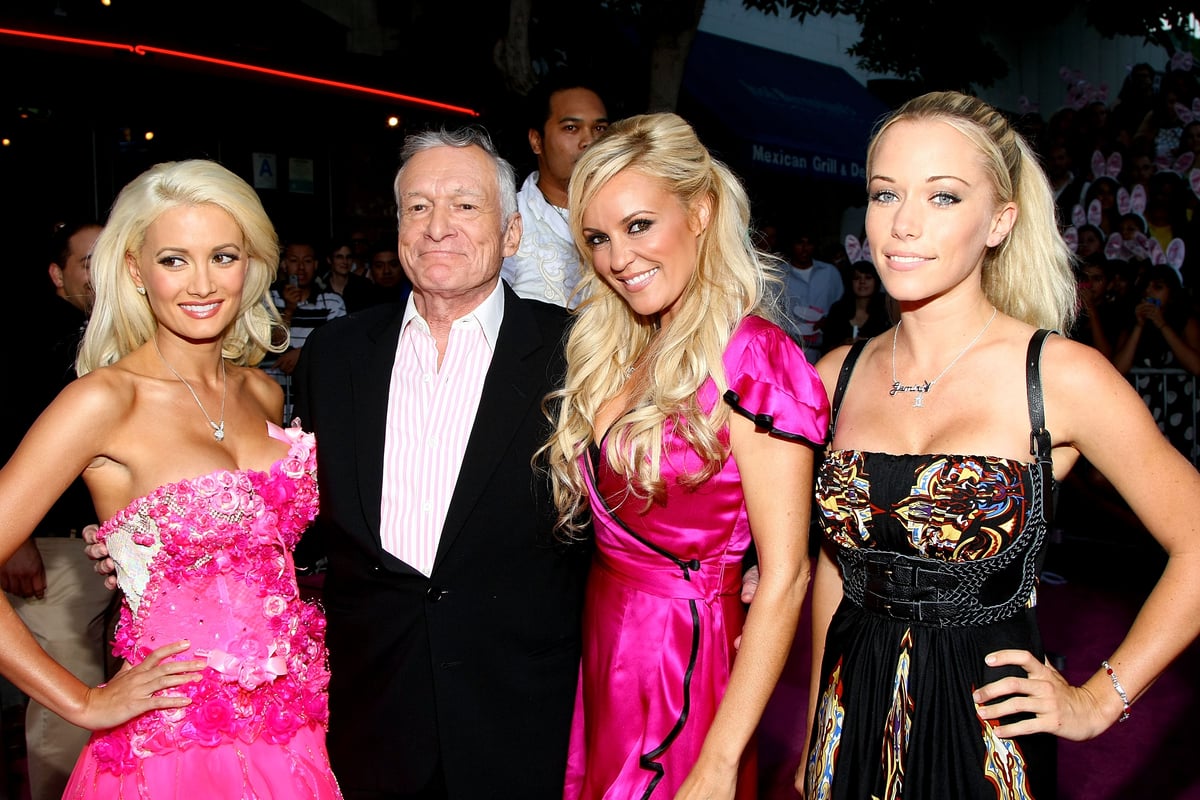 Image: Getty. Holly first moved to the Playboy Mansion from a small town in Alaska. Her name was Holly Sue Cullen and she was transfixed by the fantasy of the mansion after attending one party.

"All I had seen, before I became a girlfriend, was the other women making it sound like they loved it there, which I believed, because Hef had the perfect gentlemen act down pat."

But, Hefner was just exactly that - an act.

"He [Hefner] knew roughly four things about each girl: her name, her age, where (approximately) she was from and how well she behaved and followed the rules.

"He liked to play favourites to keep everyone on their toes. How else could he stay in control of seven women? He needed to somehow maintain the upper hand." 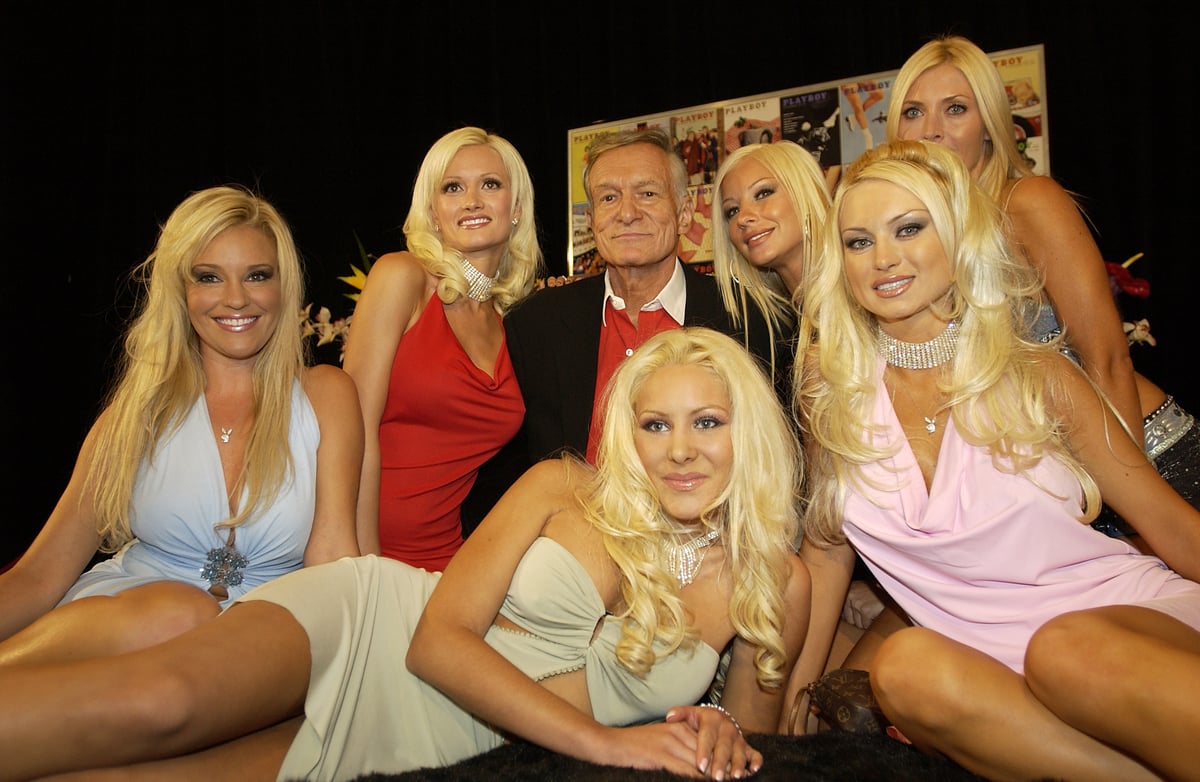 Image: Getty Holly wasn't the only one to experience this type of treatment, and many of his girlfriends were forced to extremes to deal with it each day.

"I was feeling so insecure, I did the only I could think of to help me get through the night - I'd drink. We all routinely turned to drinking out of boredom or to escape our demons."

Among other things, Holly was forced to sneak around the mansion just to avoid Hefner and would talk to animals.

But Hefner also wasn't the only one who victimised Holly in the house. Apparently, all the girlfriends were against one another.

Holly describes the other girlfriends as a "vicious horde of girls" who were never nice to one another.

But as many women in abusive situations have come to realise, often it can be hard to leave an environment in which you are financially stable. And for Holly, she didn't want people to know the truth.

In April this year, Holly spoke to Alexandra Cooper on the Call Her Daddy podcast, claiming many of the girlfriends that left the Mansion "became escorts" in a bid to be financially independent.

"There was kind of a shift in the group, where there was almost a full turnover. And the women who moved out. I saw what happened to them. A lot of them went into escorting. And some of them moved back home, which I knew they didn’t want to do. But they couldn’t make it in LA. They couldn’t make ends meet."

Eventually, the Mansion became so toxic that at 28 years old, Madison left the house. 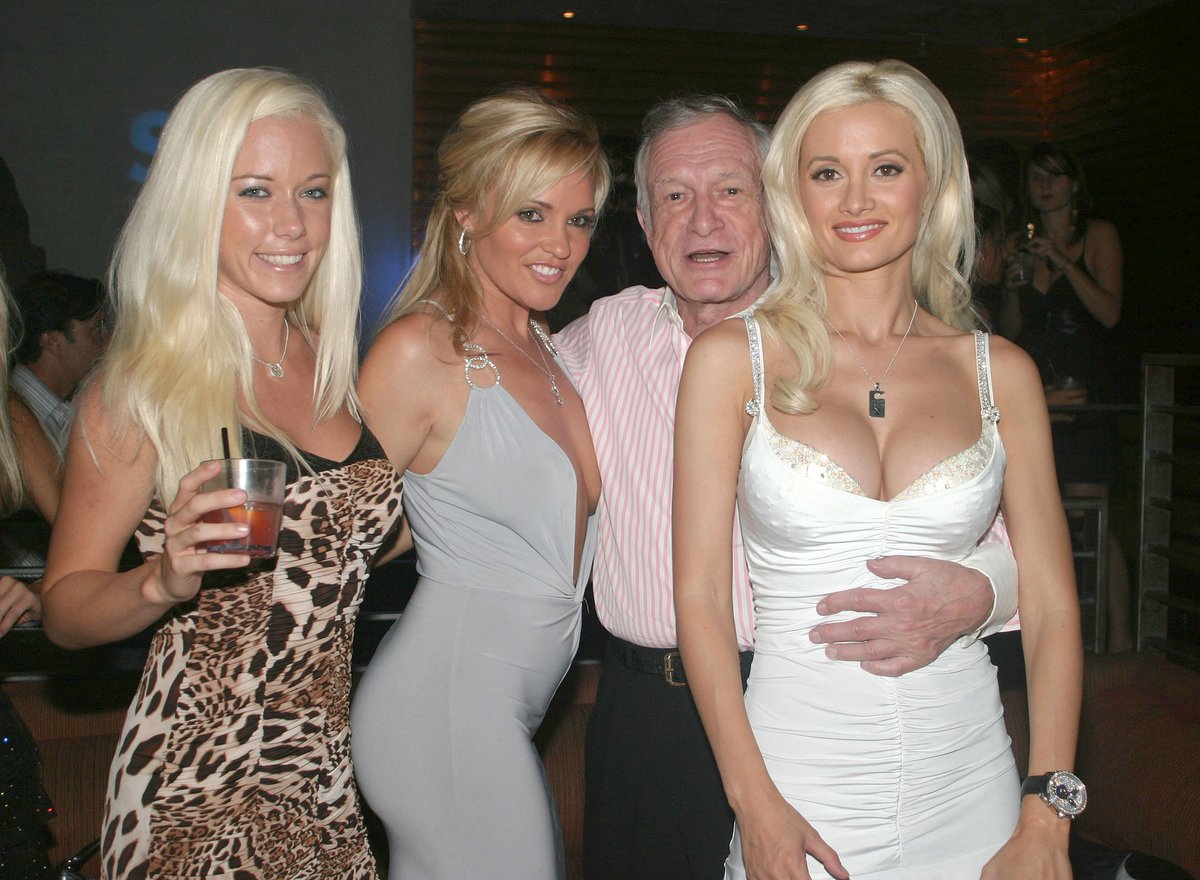 Image: Getty She not only needed to escape the place, but wanted to resurrect her reputation, which she believed was built upon appearing to be a bimbo and Playboy bunny.

In 2008, she appeared on Dancing With The Stars and in 2009 premiered her own TV show, Holly's World.

Holly also discovered she had a secret love for burlesque, becoming the star of the Vegas burlesque hit, Peepshow.

The 10-hour documentary series Secrets of Playboy is set to premiere in early 2022.

If you or someone you know is experiencing domestic violence, please seek professional support and contact 1800 RESPECT on 1800 737 732. If you are in immediate danger, call 000.

A
anona 6 years ago

Why is she surprised he was saw women as objects to be controlled? Selling your body to a pimp never ends well. No one I know ever thought the mansion was "Fun". It might of been for the volumes of male predators.

Hmmm...having a hard time rustling up sympathy for her. "Dating" a lecherous old millionaire for $1000 a week and a roof over my head. I could think of a lot less repulsive ways to pay my bills.