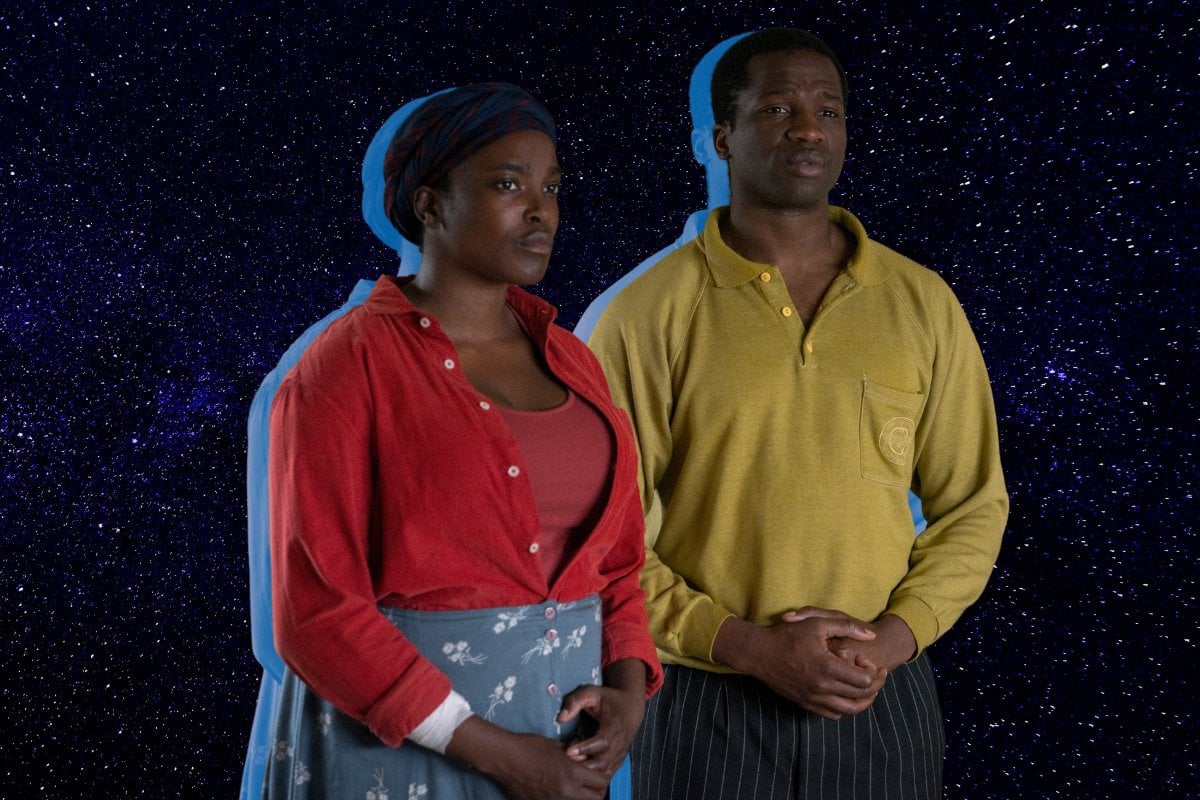 Netflix's His House is unlike any horror movie you've seen before.

The directorial debut from British filmmaker Remi Weekes, which dropped onto the streaming service last week, follows the story of a South Sudanese couple who move into a house in England while they wait to hear whether they will be granted asylum.

They've experienced unimaginable horrors before they move into the house. They've escaped genocide in their homeland, lost family members on the boat ride to the UK, and spent months in limbo in a detention centre.

Watch the trailer for Netflix's His House. Post continues below.

When they're granted the house, they truly believe they will finally be able to find some peace. Their case worker, Mark, played by The Crown's Matt Smith, tells them to settle in and be "one of the good ones".

However, as soon as they move into the two-story house, in a desolate, rough suburb packed with identical houses, it becomes clear they're not alone.

Unlike the houses in most horror movies, which were already haunted before the characters move in, Bol (Sope Dirisu) and Rial Majur (Wunmi Mosaku) bring their ghosts with them.

They're haunted by the atrocities of their past.

The couple start to see figures in the shadows and Bol soon starts to rip holes into the walls while trying to catch the "ghosts". Their daughter, Nyagak (Malaika Wakoli-Abigaba), who drowned when their over-packed boat capsized, also begins to appear to them.

The house is in disarray; the neighbours are judging them, and the immigration caseworkers tell them this will impact their case for asylum.

Bol soon discovers that he is being haunted by a monster called an apeth or a night witch. While the apeth is not able to physically harm Bol, it tries to convince him to sacrifice himself for the return of Nyagak. When that doesn't work, it tells Rial to sacrifice him.

Bol eventually cuts his arm to sacrifice himself, but Rial kills the apeth just in time.

They decide to stay in the house and "live with their ghosts".

So what does everything mean? Let's break it down. 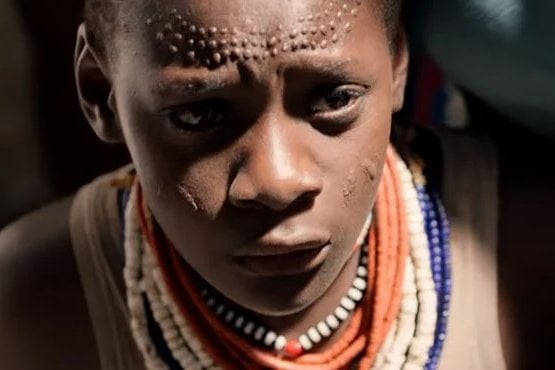 While at first it seems like the couple's ghosts might just be their way of dealing with their past and settling into their new life, it soon becomes clear that not everything is exactly what it seems.

In a flashback we learn that Nyagak was actually not their daughter.

The couple were fleeing their hometown in the midst of genocide. When they tried to board the only bus, they were told the space was reserved for children. Bol grabbed hold of a girl waiting in the crowd and told the driver she was their daughter. Bol, Rial and Nyagak boarded the bus, while Nyagak's real mother was left there to die.

Although Nyagak wasn't their daughter, they grew to love her and promised to protect her. Then a storm hit and Nyagak drowned in the ocean.

When they arrived in England without Nyagak, they couldn't escape what they did. 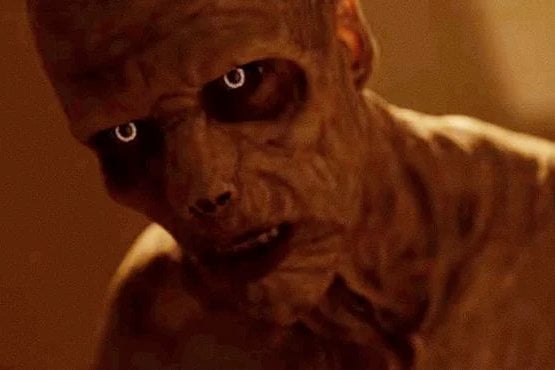 The apeth is a night witch.

Rial explains what the monster is when she tells Bol a story that her mother told her when she was a child.

Rial says there was an "honourable but poor man" who lived in her village. He became so desperate for his own house that he stole from people and one day stole from an apeth.

While the man eventually builds his house, because he built it with something that was stolen from the apeth, the apeth owned it as well, and lived there with him.

The moral of the story? The apeth was haunting the couple because they got their house with something stolen... Nyagak's life.

In the end they decide they have to live with what they did.

Are Bol and Rial granted asylum?

When Mark and the other immigration officers return to inspect the property, it seems they're happy with Bol and Rial's attempts to fix the damage they caused.

It seems they will continue to live in limbo, attempting to prove they're "one of the good ones".

What does the final scene mean?

At the end of the movie, Bol and Rial accept their fate.

In that final scene, they stand looking directly at the ghost of Nyagak and the ghosts of many other refugees who have lost their lives in search of asylum.

This is a moment of acceptance.

They both accept that they have to live their new lives in this new house, ghosts and all.

You can watch His House on Netflix now.