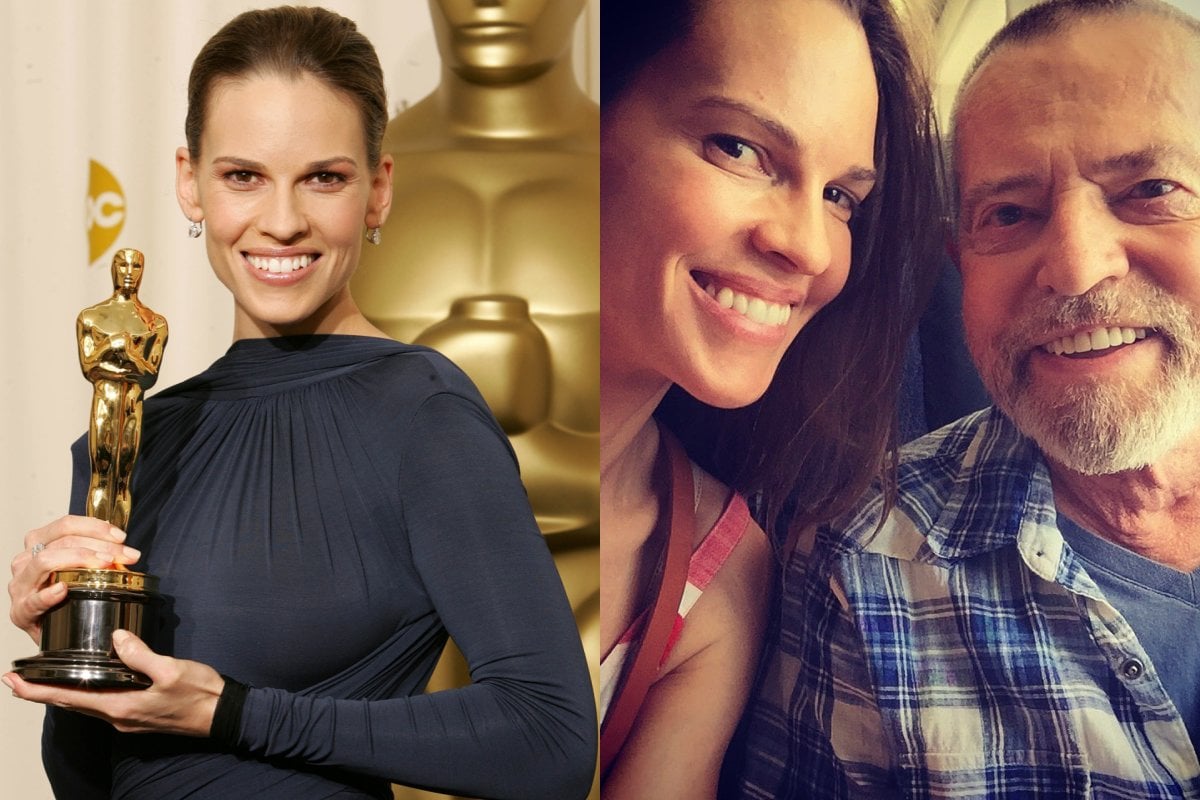 An Academy Award is considered the pinnacle for movie stars. And Hilary Swank has reached it twice.

Swank has two Oscars, from two Best Actress nominations. A 100 per cent success rate. Her first was for 1999's Boys Don't Cry, and her second, of course, for 2004's Million Dollar Baby.

In 2005, she was listed on Time's 100 list of the world's most influential people. She was married to Chad Lowe, Rob Lowe's brother, for 10 years from 1997 to 2007. She dated her agent John Campisi for five years, and was once engaged to former professional tennis player Ruben Torres.

But even with such a high profile, Swank, 47, had never been one to seek the limelight. Her relationships were not tabloid fodder, and she managed to keep her private life just that.

Swank spent much of her childhood living in a trailer park in Washington state. In her memorable acceptance speech for Million Dollar Baby, she said "I'm just a girl from a trailer park who had a dream". 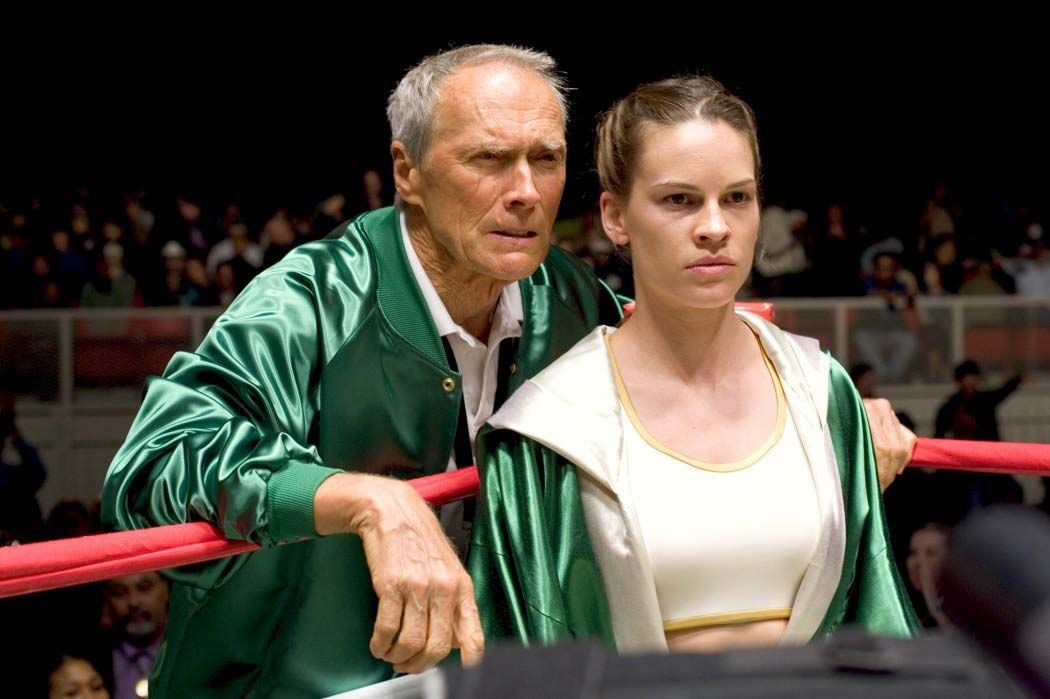 She was a gifted swimmer and gymnast, even competing in the Junior Olympics, but in her teenage years acting became her true passion. Her parents separated when she was 15 and Swank moved with her mother to Los Angeles to pursue her dream.

She enrolled in South Pasadena High School but soon dropped out after feeling like an outsider.

"I felt like such an outsider. I didn't feel like I fit in. I didn't belong in any way. I didn't even feel like the teachers wanted me there. I just felt like I wasn't seen or understood," she told the Times Leader in 2005.

It was this feeling that cemented her career decision.

"As a kid I felt that I belonged only when I read a book or saw a movie, and could get involved with a character. It was natural that I became an actor because I longed so much to be those other people, or at least to play them," she explained to Hello in 2007.

After years of supporting roles and direct-to-TV movies, her career took flight in the late 90s.

In 1997, she played single mother Carly Reynolds in Beverly Hills, 90210. She was promised a two-year role, but the character was written out after just 16 episodes.

The silver lining here was that this freed her up to take on the role of Brandon Teena in Boys Don't Cry, which earned Swank her first Oscar and a series of other accolades. 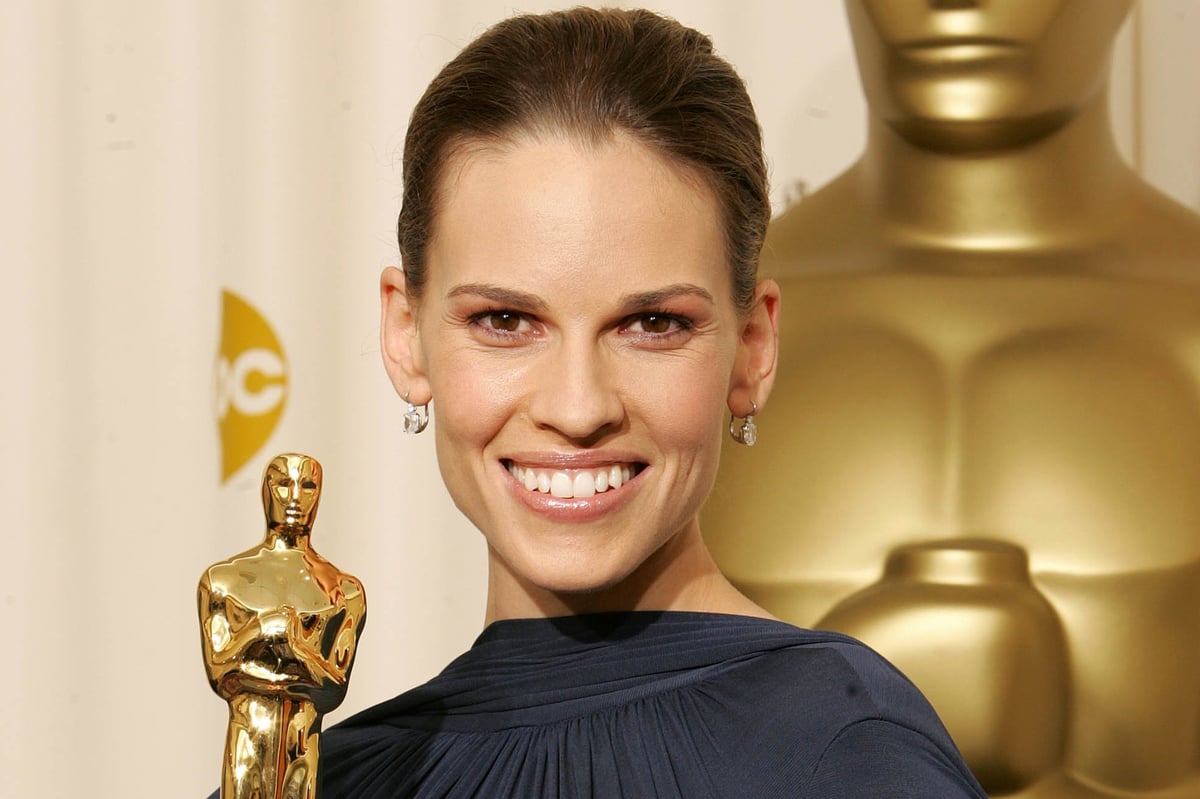 Swank earned just US$75 per day while filming the movie, totalling about $3000. Luckily, it was this role which turned her into a bankable star.

For the following decade, she steadily worked both in front of the camera and behind the scenes, with films like Freedom Writers, P.S I Love You and Amelia.

But in 2014, Swank retreated from Hollywood.

This isn't that unusual on its own. Plenty of high profile, acclaimed actors take time off or retire completely: Neve Campbell, Daniel Day-Lewis, Cameron Diaz, Mike Myers... the list goes on.

But it wasn't burnout or a desire for a change of pace that had her turning down roles. Instead, it was to become her father Stephen's carer while he recovered from a lung transplant.

"My dad is living with me. I'm his sole caretaker now," she told HuffPost Live in 2015.

"There is nothing I want to do more other than being with my dad in this time of need. And if it wasn't me taking care of him, I think I would always look back and regret that opportunity to be able to take care of him and help him through this extraordinary time.

"It's a certain amount of time [to be a caregiver], but in a lifespan it's a blink of an eye. There's been job opportunities I've passed on, and things that I said 'I can't,' but really what we're here for is our family."

In an interview with Stephen Colbert in 2018, as part of her low-key return to public life, Swank thanked everyone who opted into organ donation because it saved lives.

Swank said if her father hadn't had the operation, doctors predicted he would have a "short time to live".

"He's alive and thriving and well. I took three years off to be with him and help him through that life journey.

In 2020, in an interview with Health magazine, she said she initially anticipated a year off, but it ended up taking three.

"It was supposed to be a year because it takes a year to see if an organ transplant takes," she explained. "A lung transplant is the most difficult of all, as it's an incredibly delicate organ. The plan was to take off a year. I became my dad’s health advocate. One year quickly turned into two and then three. And, thank God, prayers were answered. He is healthy and doing really well five-plus years later."

She said being a 'health advocate' took "a lot of energy, love, and edifying yourself on the matter at hand".

"The ups and downs are so challenging and can be overwhelming. Make sure that you're taking time for yourself and that you vocalise what your needs are to the people who are around you so they can help support you."

She couldn't jet off to sets for roles so she had to find other creative outlets, like clothing line Mission Statement.

In 2018, Swank married her social venture entrepreneur partner Philip Schneider in California - close enough to home that Stephen, whose transplanted lung meant he could not fly, could walk her down the aisle.

The timing also coincided with a return to the spotlight, with Swank starring in movies including What They Had and TV series Trust.

In 2020, she fronted Netflix space drama Away, but she doesn't care for the term 'comeback'.

"My dad wasn't supposed to make it this long, but he was there to walk me down the aisle and he's here now, so it's really emotional to think of all we've been through," she told the Sydney Morning Herald.

"It circles back to this show and what it's really about for me, because each day we have a choice in how we want to walk in life, right? I just try to remember that and, looking back at the last five years I have shared with my dad, I have no regrets at all."

"I have been off my phone and social media for a couple months due to a tremendous personal loss," she wrote on Instagram to mark the New Year. "In October, my dear dad made his transition to the other side.

"I had a rather unique relationship with him as I was his sole caretaker after a lung transplant seven years ago. I grew incredibly close to him during this time, deepening our relationship and savouring every moment we had together."

She wrote how not a day went by that she didn't miss him.

"But in this physical loss, as devastating as it is, I was awakened to the truest sense of living again. It helped me better understand the circle of life and where we come from and where we go back to, which has connected me back to my truest self. It helped me forgive, to move past the things that hold me back, in whatever form that takes each day. As well as being deeply connected to the ultimate source and therefore, my dad, always."

These days, Swank lives with husband in Colorado and seems content with balancing celebrity with camping, hiking and hanging out with her many rescue dogs.

Her next acting role is in an untitled TV series set in Alaska, which might just offer her the best of both worlds.