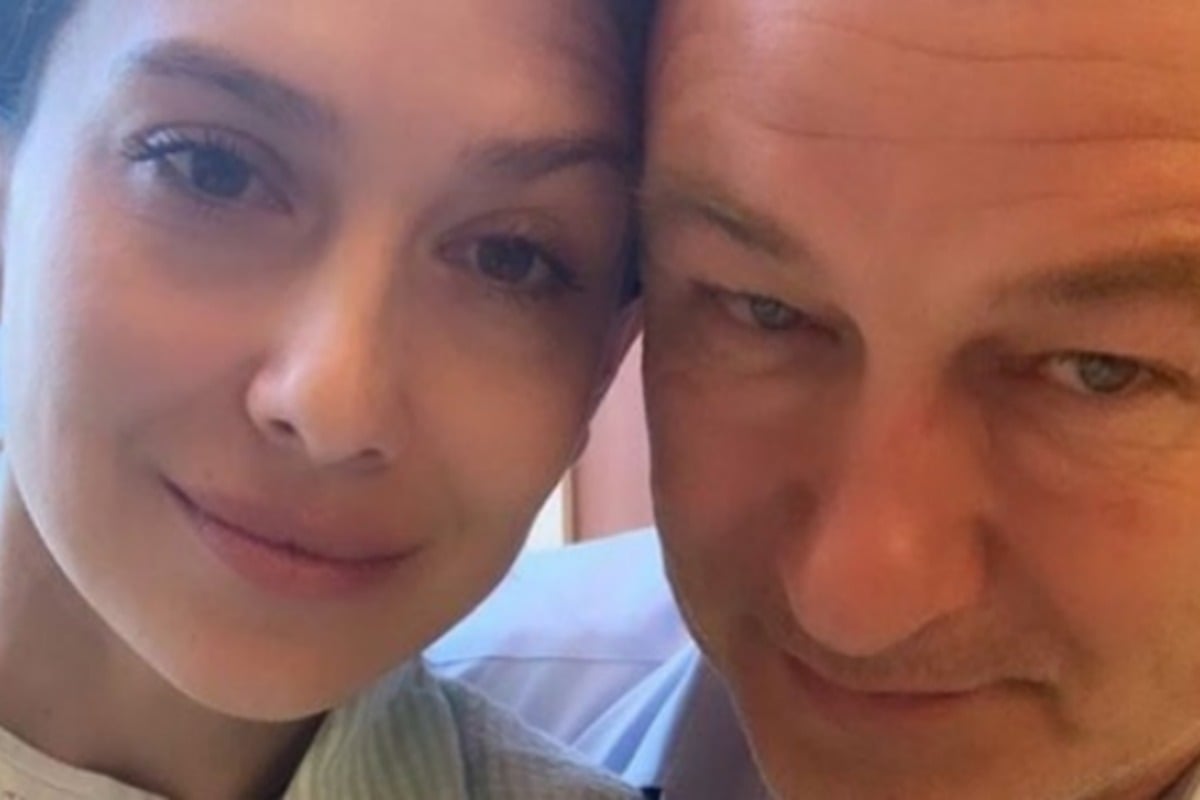 Parenting blogger and author Hilaria Baldwin had a miscarriage on Monday and needed a D and C (dilation and curettage – a procedure to remove tissue from inside a uterus) on Tuesday.

By Wednesday, her abdomen showed no sign of her second-trimester pregnancy.

Baldwin, 35, and a mother of four, posted two photos of her experience to her Instagram stories.

“I was so proud of my belly… I shared this photo from Monday in my stories, talking about how much my belly was growing,” she wrote.

The photo showed a pregnant abdomen, and the Wednesday photo showed a marked change. Baldwin explained, “My bump was taken away so swiftly in a day…Tuesday.

“And I miss it…but the body knows and its elasticity doesn’t lie.”

Baldwin, who is married to actor Alec Baldwin, 61, was expecting a baby girl, their fifth child together. They are parents to Carmen, six, Rafael, four, Leonardo, three, and Romeo, 15 months.

In April this year, Baldwin, who is also a yoga devotee, suffered a first miscarriage and has been documenting her fertility journey since.

Because this baby deserves belly pics too! GUYS!!!! I made it though my first trimester!!!! ????

After her D and C on Tuesday, the popular blogger shared a selfie with her 680,000 followers.

“Eyes swollen from crying, groggy from anesthesia, crampy from the surgery...but I made it and I want you to know that I’m physically ok,” she wrote.

“I’m grateful for my family, friends, doctors and nurses, and all of you who have held my hand through this difficult time. You have no idea how much this means to me.

“One foot in front of the other...now I begin the healing journey.”

Eyes swollen from crying, groggy from anesthesia, crampy from the surgery...but I made it and I want you to know that I’m physically ok. I’m grateful for my family, friends, doctors and nurses, and all of you who have held my hand through this difficult time. You have no idea how much this means to me. One foot in front of the other...now I begin the healing journey ❤️

In later Instagram stories, the mum explained that she hoped sharing her experience may help other women. She listed hearing from her followers and spending time with her children as things that were giving her comfort at this time, as well as “staying busy” by returning to work.

Baldwin has been very open about the emotional toll of a miscarriage.

Tina Arena speaks to Mia Freedman about her miscarriage in this video. Post continues below.

Dr Philippa Costley, a Melbourne obstetrician/gynaecologist and spokesperson for RANZCOG (the Royal Australian and New Zealand College of Obstetricians and Gynaecologists) explained to Mamamia what happens inside a woman’s body after a miscarriage.

What happens to a woman’s body after a miscarriage?

According to Health Direct, a woman may experience bleeding and/or abdominal discomfort.

“The bleeding can last between two to four weeks, depending on the gestation,” Dr Costley explains.

“There will also be a drop in the hormones HCG and progesterone, which often will resolve any symptoms such as nausea and vomiting.

“Depending on the gestation, the hormonal drop may stimulate lactation, but in the first trimester, it usually wouldn’t.

“Most women would be offered medication to prevent lactation if they were at a more advanced gestation.”

Regarding Hilaria Baldwin, Dr Costley explains that, “the uterus needs to involute (reduced to pre-pregnancy size) after pregnancy, and that it is variable how long this takes.”

“With Hilaria, because it was a second-trimester miscarriage, the process would be faster because the uterus was most likely small enough move back into the pelvis quicker.”

What are the chances of future pregnancy?

According to Health Direct, doctors may recommend waiting until after the next period to start trying to conceive again. The site adds:

Dr Costley further explains that “many women have successful pregnancies after pregnancy loss, but chances very much depend on individual circumstances.”

Do all women who miscarry need a D and C procedure?

I know she gets a lot of criticism for 'oversharing', people saying that she should keep it private etc, but I like seeing her talking about what's happening to her. It's such a hard, personal, painful thing to go through, and no-one talks about it, so you feel so alone. The more people talk about it publicly, the easier it gets for all of us who have been through or will go through it.

I agree, oversharing or not she's going through a hard time. I'm sure everyone can agree and send sympathy.

You've come to the right place, then: Hilaria will share everything (so long as she can find a flattering angle). Destigmatising miscarriage, one selfie at a time!

Call me old-fashioned, I'm just not sure that a miscarriage should play out over instagram.