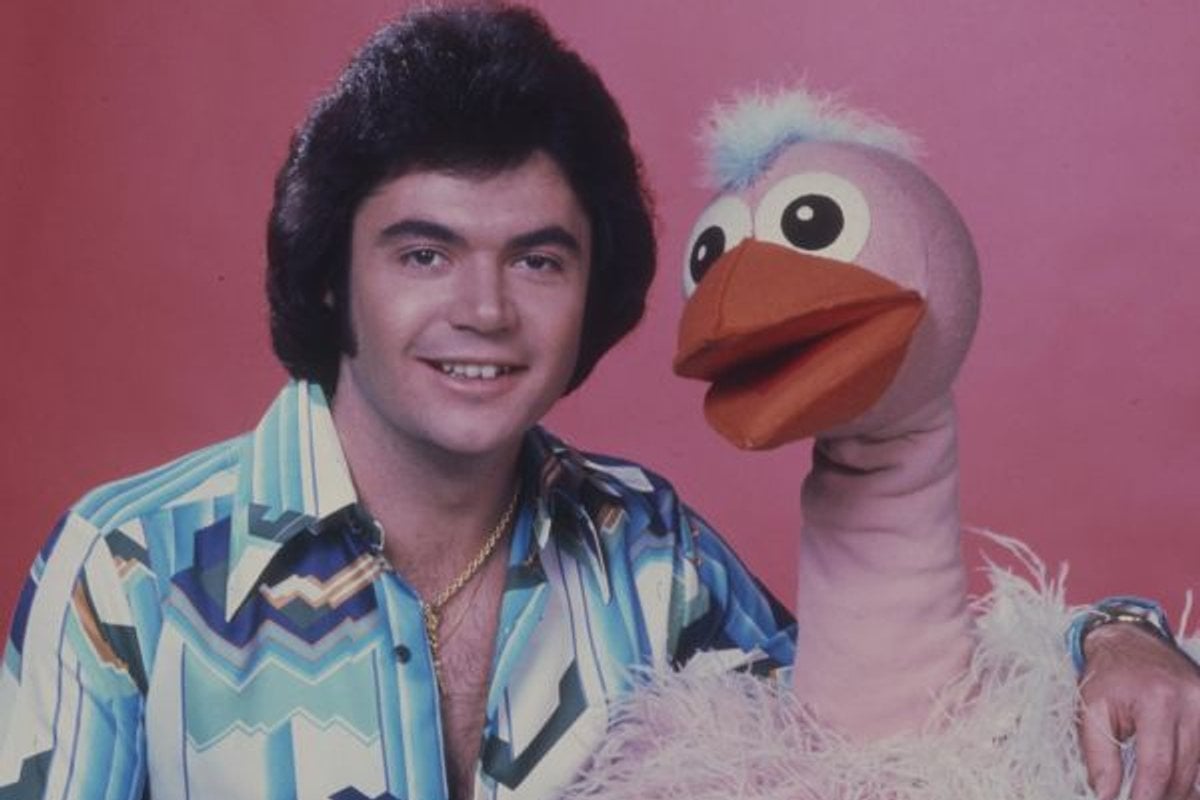 For over four decades, Kandiah Kamalesvaran, better known by his stage name Kamahl, has had hits songs all around the world.

The Malaysian-born Tamil singer, who performed at New York City's iconic Carnegie Hall, is known for having one of the most unique voices in Australian music history.

But in 2021, Kamahl is being remembered for something very different.

Watch: Kamahl discusses the jokes he faced on Hey Hey It's Saturday on 7.30. Post continues below.

Like many Australian musicians, Kamahl was a frequent guest on Hey Hey It's Saturday.

The long-running variety show, which initially ran from 1971 to 1999, was a staple in Australian homes, serving as a powerful platform for both local and international musicians, comedians, and actors.

But while artists like Tom Jones and John Farnham were ultimately celebrated on the show, Kamahl faced ridicule and crude stereotyping.

In March, a video montage shared on Twitter highlighted some of the moments when Kamahl was racially mocked during his guest appearances on the show.

Here’s the legend Kamahl being bullied by the Hey Hey gang pic.twitter.com/Aa3WMeRw54

In one example, the singer was hit in the face with white powder.

In another example, he was depicted in a cartoon sitting in a pot with a bone through his nose.

In another clip, the lighting crew told host Daryl Somers: "Could you ask [Kamahl] to smile so we can see him?"

"Hey Hey was a landmine, and I knew that I would get blown up here and there, but there were some instances that were harder to stomach than others," Kamahl told 7.30 last week.

"It's like losing your underpants. It's stripping you of everything. It's like being naked. It's a terrible feeling."

Speaking to the program, Kamahl acknowledged he often benefitted from the publicity that came from his appearances on the variety show. However, that came with a cost.

"My basic philosophy as far as television is concerned was, if you’re an entertainer, if they don’t see you on television, they think you’re dead," he said.

"There were a number of instances where I felt humiliated, but I didn’t want to raise any objections or protest about it. I kept smiling and pretending all was okay."

On the night of the white powder incident, Kamahl was meant to be appearing on Hey Hey to talk about his performance at Carnegie Hall.

Instead, the singer was left "humiliated".

"I found that quite offensive," Kamahl told The Guardian.

"Friends of mine in America saw that and to this day they can’t believe that somebody would treat an artist with that amount of disrespect."

Speaking on Studio 10, Kamahl added he has nothing against the show's host, Daryl Somers.

"I have nothing against Daryl. He's a very talented guy and I thank him for the opportunity," he said.

"But it hurt, of course it hurt. It's terrible to be humiliated. They wouldn't hit John Farnham or Jimmy Barnes in the face with a powder puff."

"It hurt, of course it hurt. It's terrible to be humiliated. They wouldn't hit John Farnham or Jimmy Barnes in the face with a powder puff." @OfficialKamahl on @Studio10au this morning, talking about his time on Hey, Hey It's Saturday. pic.twitter.com/zeJHKOKPy6

In a statement, Daryl Somers, who is set to host the upcoming season of Dancing with the Stars, expressed his regret.

"I want to make it very clear that I and all members of the Hey Hey team do not condone racism in any form," Somers said.

"I have always considered Kamahl a friend and supporter of the show, so I deeply regret any hurt felt by him as a result of anything that took place on the program in the past.

"Hey Hey It's Saturday never set out to offend anybody but always strived to provide family entertainment."

To whom it may concern, "This is to say that I, Kandiah Kamalesvaran, AKA Kamahl, accept and acknowledge the apology from friend Daryl Somers, unreservedly".

"I've never asked for [an] apology. I never wanted one. I appreciate his gesture in expressing his regrets."

The story of Hey Hey It's Saturday.

For 28 years, Hey Hey It's Saturday was a weekly fixture on the Nine Network.

But after Ernie Carroll, the man behind puppet Ossie Ostrich, retired, the show was cancelled.

Speaking to the Daily Telegraph last month, Somers claimed that Hey Hey would likely get axed if it was still on television.

"You probably could not get away with half the stuff you could on Hey Hey now because of the political correctness and the cancel culture. It is a shame because showbiz does not get much of a chance," he said.

"A lot of comics can't work much because what would have been just tongue-in-cheek previously now can easily get them into trouble," he continued.

"I can't say I am enamoured with it, but it is a changing world in which we live and you just have to work around things." 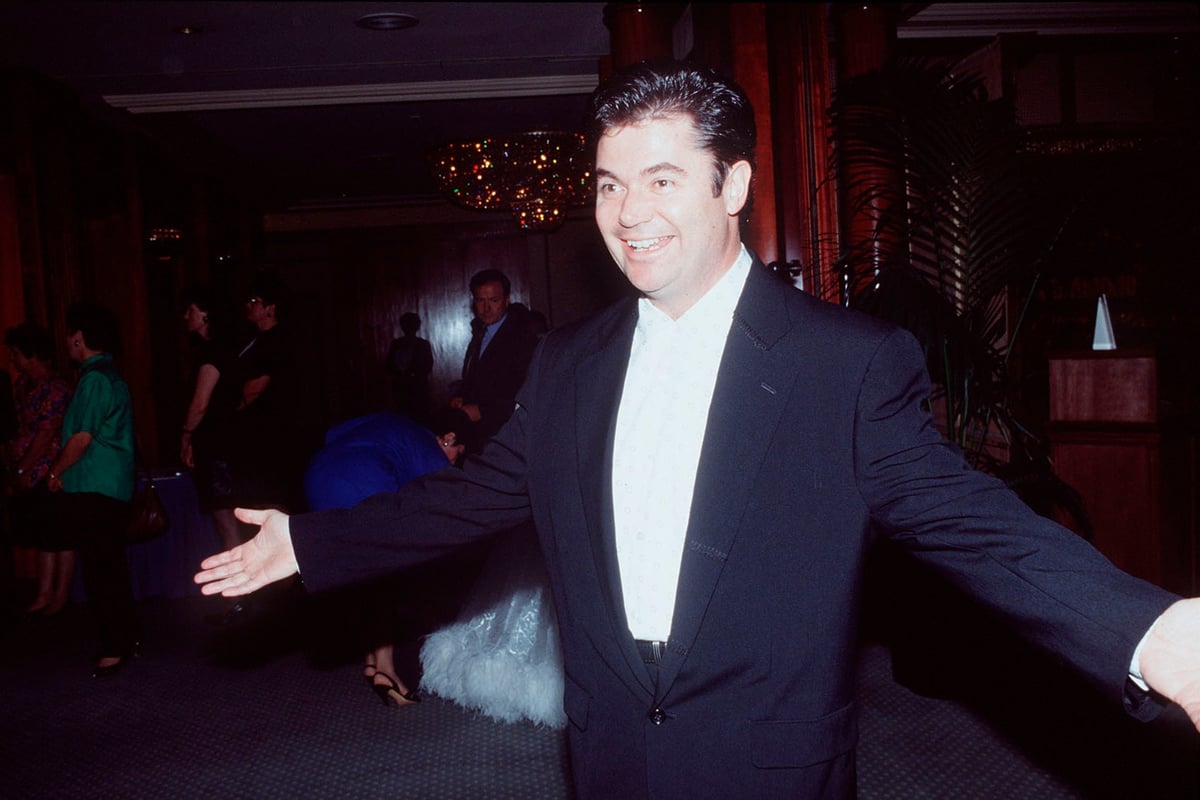 What Somers failed to mention, however, is that Hey Hey has already been 'cancelled'.

In 2009, the variety show caused international controversy when it returned for two special reunion episodes.

During the second reunion special, six performers sang the Jackson Five's song 'Can You Feel It' on the popular 'Red Faces' segment.

The performance, which was a repeat of an act from 'Red Faces' in 1989, featured five performers in blackface wearing large wigs. Another performer, dressed as Michael Jackson, had his face covered in white paint.

During the act, a sign reading "Where’s Kamahl?" was held up.

Singer Harry Connick Jr, who was appearing on the show as a guest judge, appeared visibly uncomfortable during the performance. He later gave the performance a score of "zero".

"If they turned up like that in the United States, it'd be like Hey Hey There's No More Show," he said.

After an ad break, Somers apologised to Connick Jr on-screen. 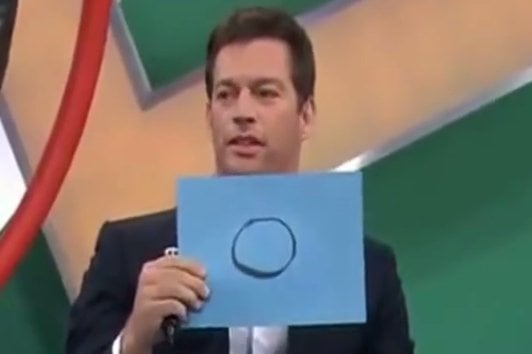 "I think we may have offended you with that act and I deeply apologise on behalf of all of us – because I know that to your countrymen, that's an insult to have a blackface routine like that on the show, so I do apologise to you," Somers said.

Connick Jr responded: "I know it was done humorously, but we've spent so much time trying to not make black people look like buffoons that when we see something like that we take it really to heart. I feel like I am at home here and if I knew that was going to be part of the show, I probably, I definitely, wouldn't have done it."

Afterwards, the segment faced harsh criticism, particularly in the US and UK.

While Hey Hey was later picked up for at least 20 new episodes in 2010, it was soon axed after ratings swiftly dropped.

In recent years, numerous skits from the show have resurfaced in the media.

In June 2020, a video resurfaced of Daryl Somers singing Louis Armstrong’s 'What A Wonderful World' in blackface.

In which they let Jackie MacDonald know on live tv that if she gets pregnant she’ll lose her job #heyhey pic.twitter.com/evdezVnxEL

In another resurfaced clip, presenter Jacki MacDonald was told on live television that she would lose her job on Hey Hey if she fell pregnant.

Reply
Upvote
3 upvotes
I suspect we will look back on shows like MAFS in 20 years and think exactly the same thing.
R
rush a year ago

Reply
Upvote
2 upvotes
@km I hope it doesn't take that long!
L
laura__palmer a year ago