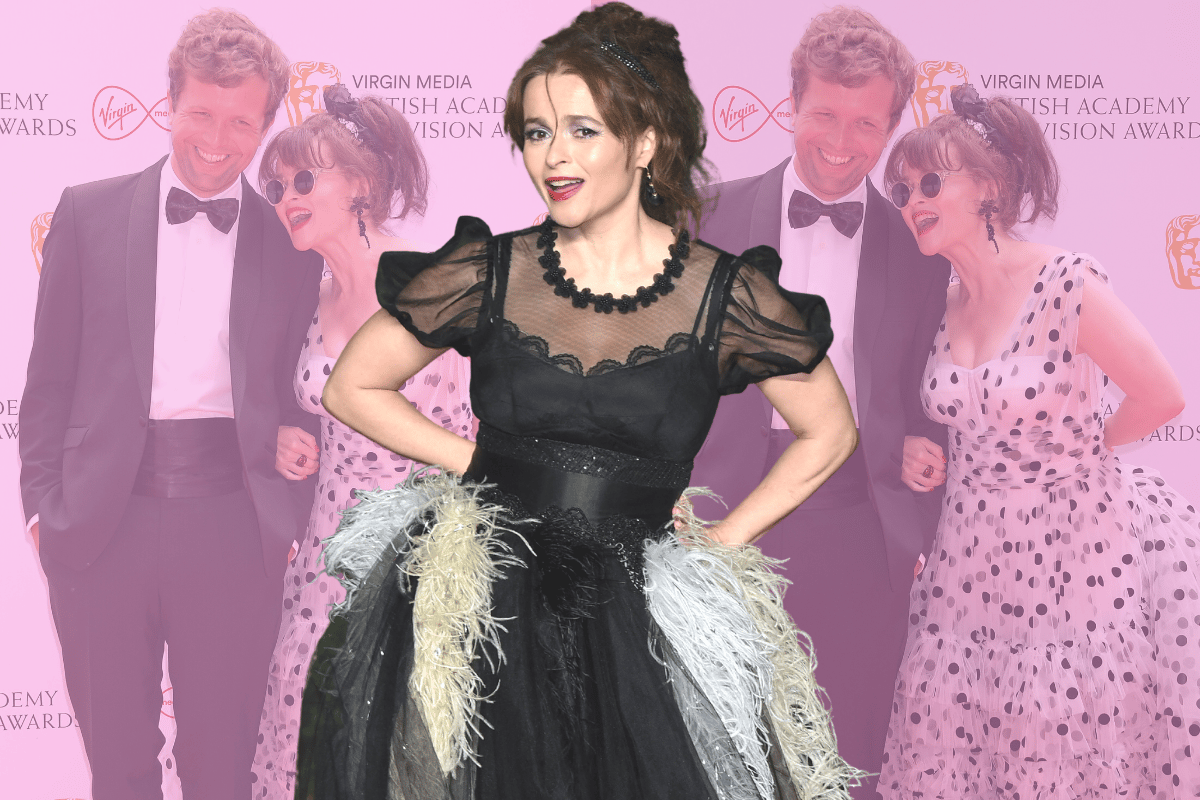 British actor ﻿Helena Bonham Carter has been stealing scenes for three decades now, in a string of iconic films like the Harry Potter franchise as Bellatrix Lestrange, Fight Club, Sweeney Todd and The King's Speech.

She's best known for her no-nonsense attitude, eccentricity and ironic humour, perhaps best summed up in this quote of hers: "I hate this image of me as a prim Edwardian. I want to shock everyone."

And life in the spotlight has been complex for Bonham Carter. Relationship breakdowns and public affairs have been part of her story, including her high-profile marriages with directors Kenneth Branagh and Tim Burton.

It was after her second separation that Bonham Carter experienced a rebirth of sorts. And it had a lot to do with two different factors - a new relationship and a role of a lifetime.

Watch: The best bit about being in your 40s. Post continues below.

Bonham Carter comes from an incredibly rich and privileged background in the upper-class suburbs of London. Her great grandfather was Britain's former Prime Minister Herbert Henry Asquith and Bonham Carter was the granddaughter of a Baroness.

But the wealth she grew up amongst didn't shield her from struggles.

Her mother had a serious medical episode when Bonham Carter was five and didn't recover until a few years down the track. Her father then suffered a stroke that left him living with a severe disability.

Regardless of the challenges, the family remained incredibly close. Bonham Carter even went on to live with her parents until she was 30.

"Looking back, I'd been staying because of my dad - to try to make it better in some way," she told The Guardian. "I thought, crazily, somehow, if I remain a child, I will make up for what happened to dad."

In her adolescent years, Bonham Carter discovered a passion for acting. And by age 16, she had landed her first gig in 1983's TV movie A Pattern of Roses.

Only a few years later, she was cast in her first major film - the Edwardian-era romance A Room With a View starring alongside Judi Dench, Daniel Day-Lewis and Maggie Smith. 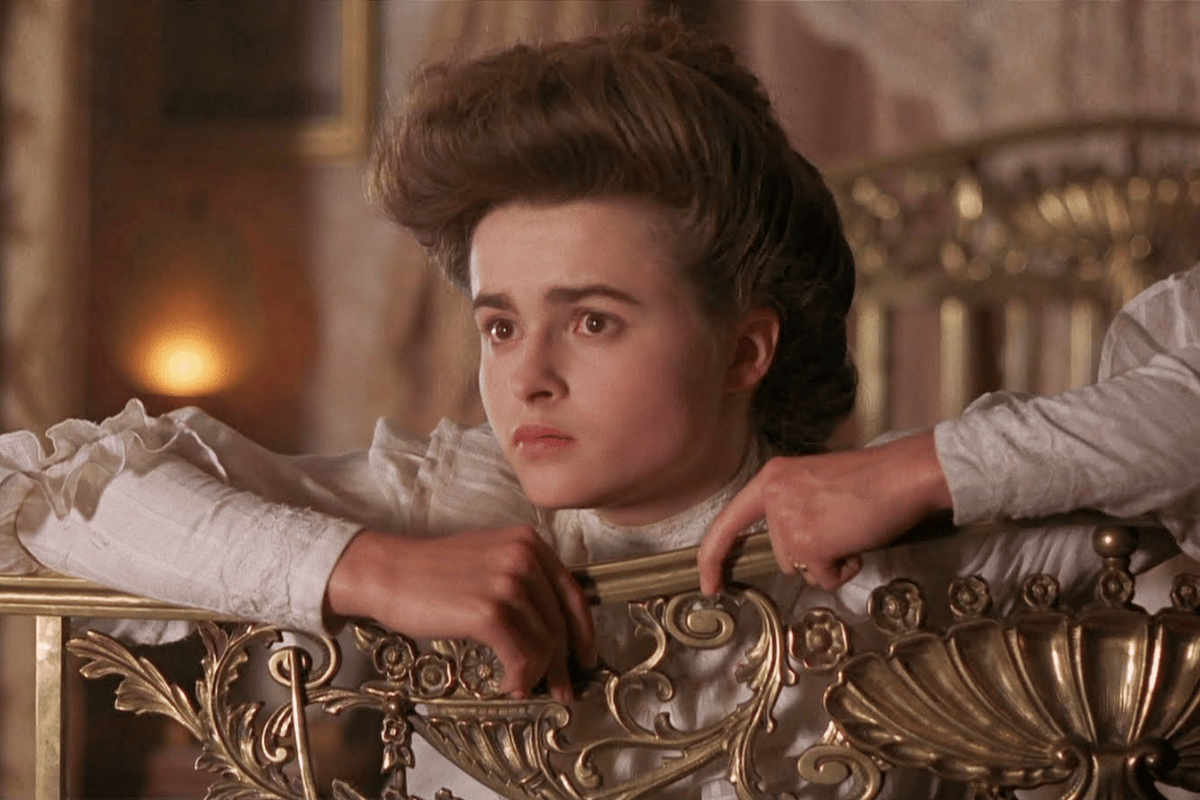 In a scene from A Room With a View. Image: Metro-Goldwyn-Mayer.

But it was 1994's Frankenstein that particularly made headlines. It wasn't just because of the film's success, but also the behind-the-scenes antics of its starring actors.

From 1989 to 1995, fellow British actress Emma Thompson was married to actor/director Kenneth Branagh, who is best known for his roles and directing in Hamlet, Murder on the Orient Express and Frankenstein. He recently took home an Oscar for Best Original Screenplay for semi-autobiographical film Belfast.

While married to Thompson, it is alleged that Branagh began an affair with Bonham Carter while the two were starring together in Frankenstein.

A year after Frankenstein was released, Branagh separated from Thompson.

Although the affair rumours were never overtly confirmed, Thompson did tell The Sunday Times in 2013 that she and Bonham Carter "made our peace years and years ago". She called any ill will "blood under the bridge", adding, "You can't hold on to anything like that".

According to The Telegraph, Thompson also confirmed she was cheated on by Branagh, as she later said her iconic heartbreak scene in Love Actually - when her character realises she has been cheated on - was based on real life emotions.

"That scene where my character is standing by the bed crying is so well known because it's something everyone's been through. I had my heart very badly broken by Ken. So I knew what it was like to find the necklace that wasn't meant for me. Well, it wasn't exactly that, but we've all been through it."

A year after the separation was made public, Branagh and Bonham Carter announced they were in a relationship, even though pictures had been leaked of them kissing in public places prior.

Then in 1999, the couple split, with Bonham Carter saying to reporters: "I am very sad to confirm that Kenneth Branagh and I are no longer together. The decision was mutual and no one else was involved." 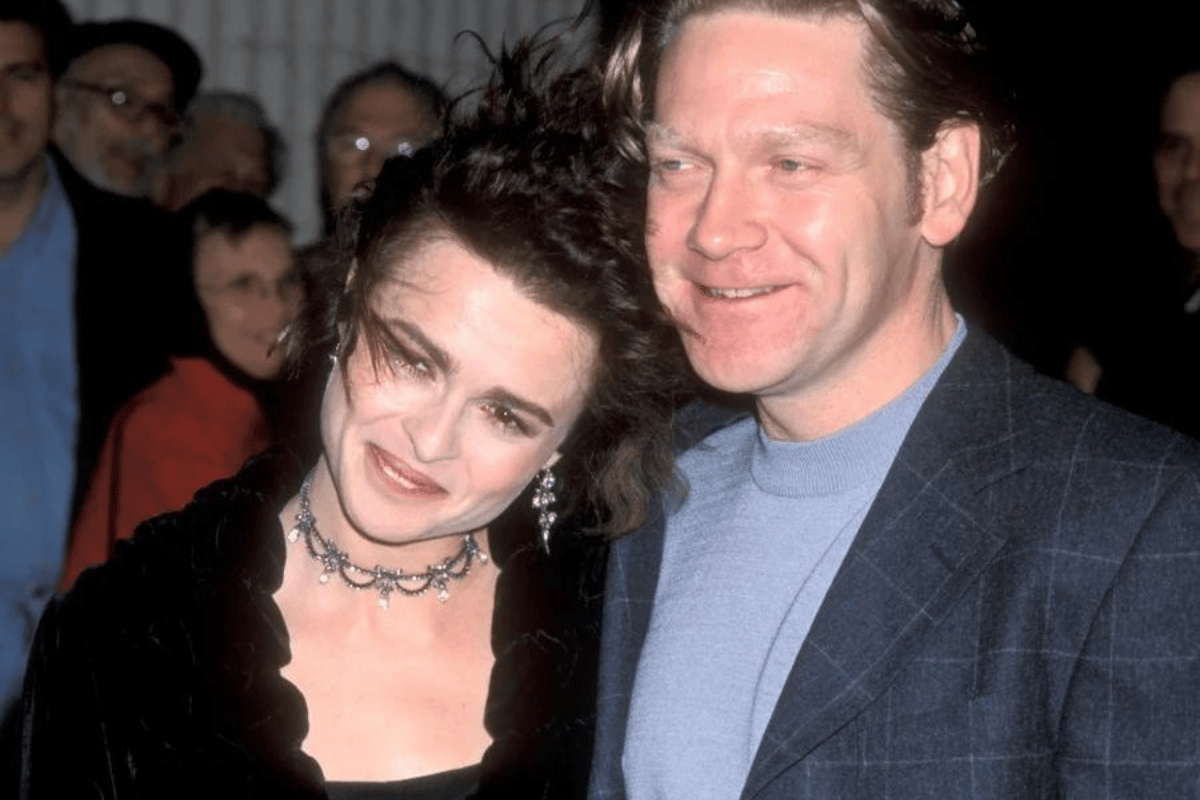 Then in 2001, the Planet of the Apes remake came along. It wasn't a box office success at all, but it did lead Bonham Carter to director Tim Burton.

Throughout their relationship, the pair actually lived in two separate terrace houses adjoined by a room. And in their separate terrace homes, each decorated it how they pleased; Bonham Carter describing her wing as very Harry Potter-esque, and Burton's had "dead Oompa-Loompas around and multicoloured fiberglass alien lamps".

After Bonham Carter announced she was in a relationship with Burton, there was a major shift in the film roles she took on. She was no longer the "prim Edwardian" in Bridgerton-style dresses in period dramas.

Instead, her acting career experienced a 'Burton effect' if you will - things were becoming wackier, more complex, and far less pigeon-holed.

"Ageing has helped hugely," she said. "There's no question I'm a better actor, and you leave ­behind a certain typecasting. I was like the corset bimbo. Well, not quite bimbo, but you know what I mean. The corset sex symbol, I suppose."

Of their relationship, Bonham Carter said, "Many view us like the 'bonkers couple'. He's someone who's very creative and has a mad ­exterior, but he is fundamentally very sane and ­practical. I don't think we're crazy at all, to be honest." 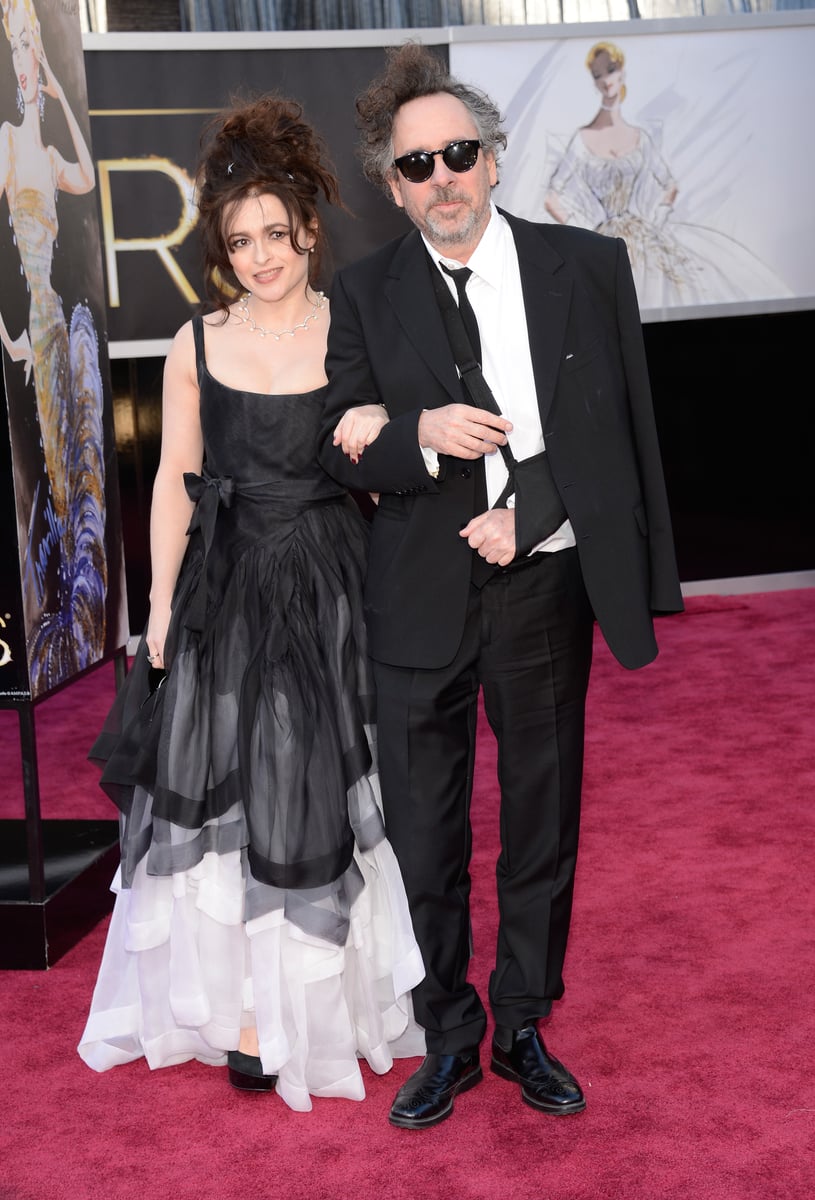 After well over a decade together, the couple split in 2014, saying it was an amicable separation and they would "continue to be friends and co-parent their children" who are now 18 and 14, respectively.

Speaking about the impact of the split, Bonham Carter said it took some getting used to.

"At first it's a horrible thing to get used to, not having your children around [when you share custody]. The cruelty of divorce is extraordinary. I didn't leave, put it that way. But then you get to a point where you're like, 'Oh, I get this week off!' Some parts are very much to be recommended."

It was at this time that Bonham Carter was at a crossroads. She was about to turn 50, had experienced a very public separation, and wasn't sure where her career would take her next.

But then something came along. It was the role of a lifetime - Princess Margaret in Netflix's The Crown.

Bonham Carter said she suspects the show's creator asked her to play the role because of the similarities in their character - both experiencing public break-ups, being from privileged backgrounds (Bonham Carter had actually met Princess Margaret a few times as a child), and being known as a bit polarising.

"It was something I could relate to. I've never been a pretender. The stiff upper lip, I find boring," the now 55-year-old told The Guardian.

As one royal expert put it, "Straight away I thought it was good casting, because Helena can do posh people and she can do eccentric people, and in royal terms Margaret was eccentric." 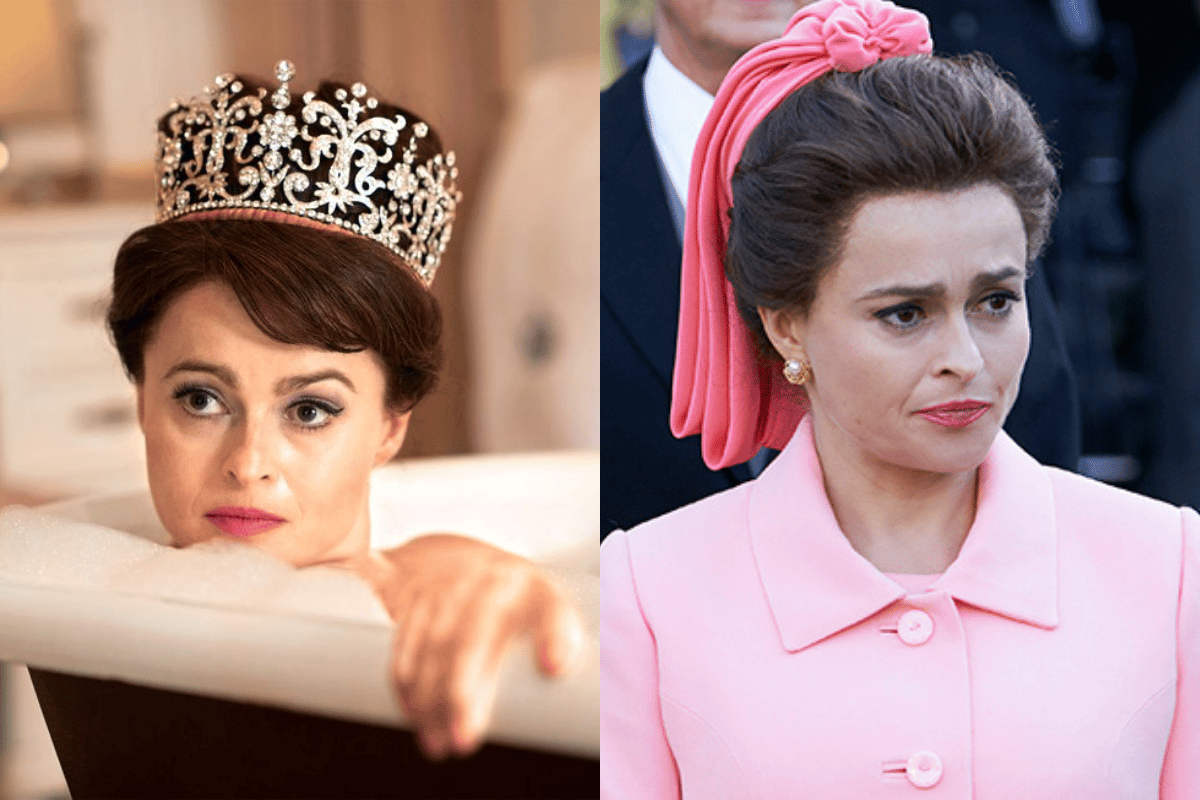 Something else the pair share is the fact both have dated men far younger than themselves.

Since 2018, Bonham Carter has been in a relationship with Rye Dag Holmboe, a 32-year-old Norwegian writer, art historian, and psychoanalyst.

"He's magic, and that's all I'm going to say," she said, when asked about the relationship recently. "I met him at a wedding. A totally random thing, which both of us nearly didn't go to, so it was one of those moments that was so chance and ended up determining so much. A really happy accident, and it's an amazing thing."

As for the 'scandalous' age gap as some have called it, Bonham Carter is not particularly bothered. "Everybody ages at a different rate. My boyfriend is unbelievably mature. He's an old soul in a young body, what more could I want? People are slightly frightened of older women, but he isn't. Women can be very powerful when they're older."

Bonham Carter reflected to Closer Magazine that she felt quite insecure in her early years, and had slowly gained confidence in herself.

"Now I'm in my 50s, I feel sexier than ever - and not because I'm sexually attractive, I've just grown into my body. I know I'm far more interesting now than when I was younger."

In fact, her 50s are proving to be her best decade yet.

"When I turned 50, I worried it was downhill all the way," she said. "But it's been quite the opposite. This huge blooming of television means character-driven stories, so there's a lot of choice and a lot of work. When I was young, you were considered 'older' over 30. I don't think I've ever been happier or more fulfilled." 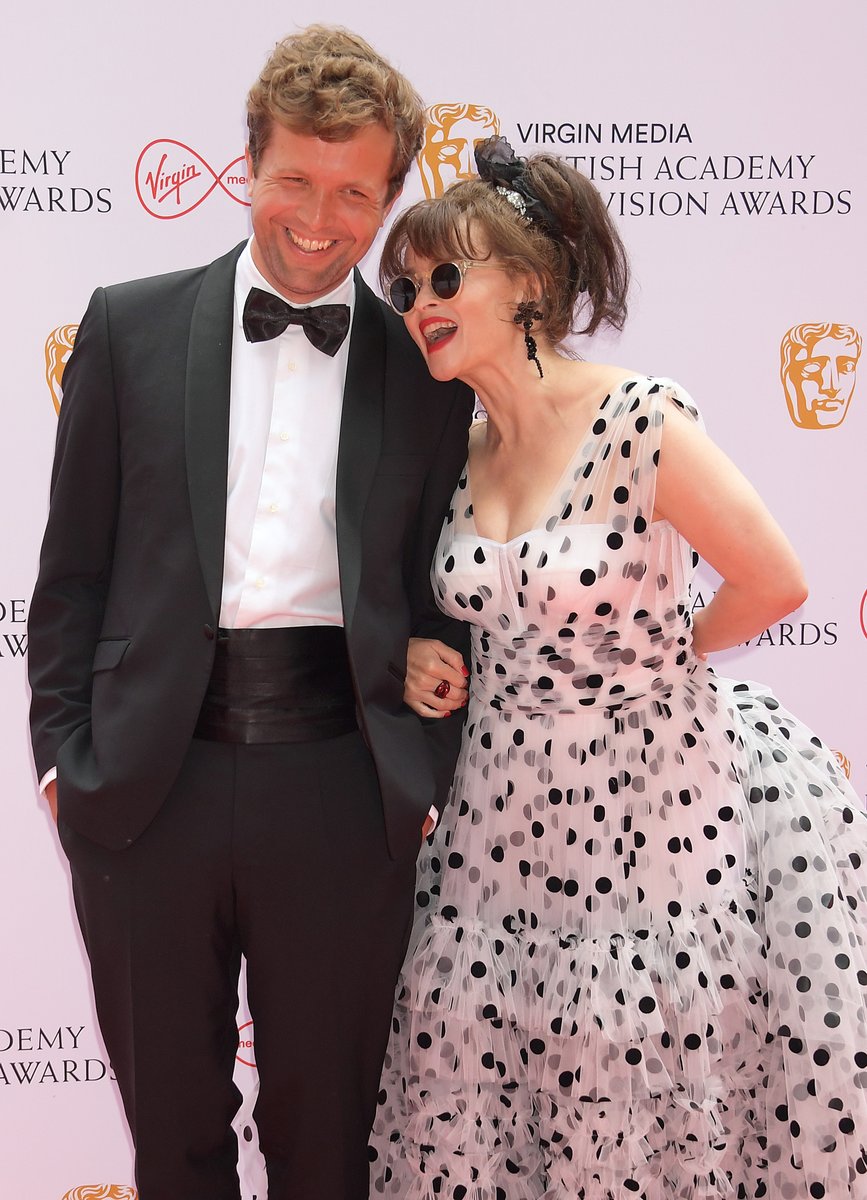