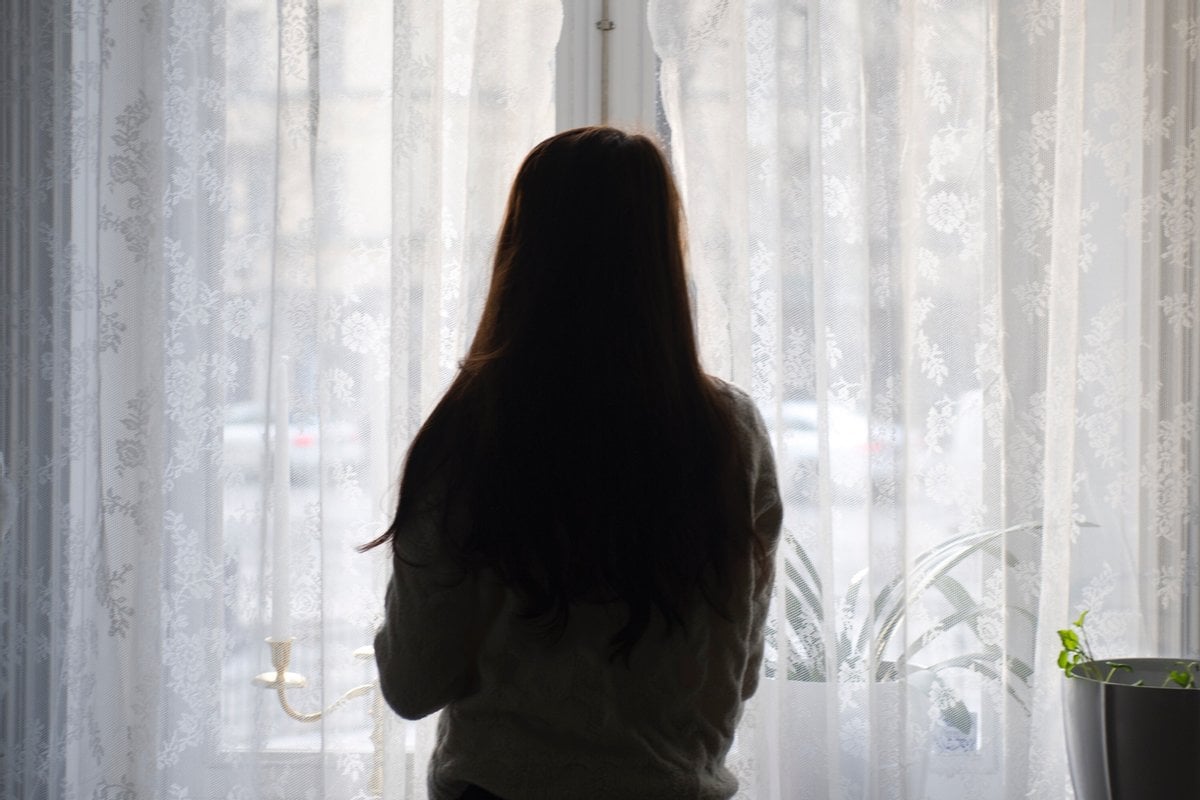 I broke a glass in my hand once. It was a thin, crystal glass and it sliced the inside of my thumb below the knuckle. The gash required stitches, and because the doctor could not staunch the flow of blood, he was unable to see that he was stitching a tiny shard of glass into my thumb.

It was now a part of me, whether I liked it or not.

From then on, whenever I grasped something, it sent a shock of pain through my thumb and up my spine, reminding me of the original trauma.

Sometimes I would run my index finger over the raised scar, feeling the sharp pain of the sliver still beneath the skin. Yet, over time I had become accustomed to it being there.

It was only occasionally that it would give me a sharp reminder of its presence.

Then one day, when I was mindlessly rubbing my index finger over it, I felt something protruding from the scar. I looked down to see the glistening tip of a tiny piece of glass. I ran to get my tweezers and carefully grasped it and removed it. I looked at it in amazement.

All those years, all that remained of that broken glass had lived in my thumb, and now, it was out. I rubbed my finger over the scar again and marveled that there was no electrifying pain that sent a shock up my spine.

I felt nothing. Just a thumb.

I was thinking recently about my long path to healing after losing my daughter to estrangement and it occurred to me this incident is a great metaphor for that journey.

After the initial shock of having my daughter cut me out of her life, I patched myself up the best I could.

I had a life I had to live and I couldn’t do it sitting in the unstaunched flow of grief that was pouring out of me.

But just as the doctor closed the wound in my thumb but left a shard as a reminder, there were reminders all around me. I would see someone who looked like my daughter and the shard would send a shock of pain through my body.

I would walk to get the mail and the catalog of horse and riding supplies she used to pore over for hours would be in the mailbox.

I would hear a song she used to play on the violin and the pain would cause the tears to flow again.

But over time, I got used to the pain being a part of my life. It was there, but it was not all there was. I could go days, even weeks, and sometimes months, without feeling the sharp pain of the shard. And then, the wincing reminder would take me by surprise and hurt like hell.

Sometimes I would pick at the shard — reading old e-mails from her, searching for clues of her life on social media, seeking some anecdote of her life.

I would go through boxes of pictures and remember better times, grieving for all we had missed together since then.

Her birthday, Mother’s Day, Thanksgiving, Christmas, Starbuck’s return of pumpkin spice lattes in the fall— all these things could irritate that shard of loss that stayed buried most of the time, sending waves of pain through my system.

But as the years went by those moments of pain became rarer, until one day, I noticed that I could hardly find the shard of grief that was buried in the wound.

Listen to Mamamia Out Loud, Mamamia’s podcast with what women are talking about this week. Post continues after podcast.

I pressed around and discovered that it had worked its way out, and all that was left was the scar.

This process has taken many, many years. I went through many phases of grief, despair, anger, hurt, disbelief, and shame.

The wound stayed fresh for many years, the shard just beneath the surface, ready to send shivers of pain whenever I touched it.

Just like the wound on my thumb, when it hurt the most was when I found myself grasping.

Grasping for things to be different, grasping for a sense of my worth, grasping for a way to find peace. When I let go and allowed things to rest in my hand without grasping at them, the pain lessened and I learned to live with what is, not what I had hoped would be.

I learned to allow my daughter to choose her own path, even if it did not include me. I learned to see my worth was not totally wrapped up in my child’s perception of me. I learned that peace comes when we stop grasping and start accepting.

Now, all that remains is the scar.

But the scar tells more than a story of grief. It tells the story of my evolution, my becoming more than I could have been without the scar. It tells a story of a mother’s love that is so powerful and fierce that I had to find a way to accept with grace my child’s decision.

The scar does tell of loss. For both of us. But it also tells of the ability of the human spirit to survive and thrive after tremendous loss.

If you ask me about the story of my thumb, I would tell you that I was gripping the glass too tightly and it shattered.

If you ask me to tell you the story of the scar on my heart, I would tell you that having my daughter ripped away from me caused the greatest pain in my life. But through years of working on myself, I have learned how to hold her loosely. Gripping too tightly causes more pain.

So now the wound is healed. I carry my child in my heart with tenderness, love and delight, as I think about all the joy she brought to my life in her first 18 years.

I would rather have loved her with all my heart and lost her than never loved her at all. The scar will always be a reminder that I held her once. Now I hold her — loosely — in my heart.

She is allowed to fly free, and I am free, too. Free to love her from afar. Free to live my life with joy, despite my loss. Free to accept that life does not have to be perfect to be perfect.

All this from a wound that seemed too big to heal. Until one day, it did.

Reply
Upvote
Thank you for this beautifully written piece. It was very comforting to read. I shed some tears.
P
pippa 10 months ago

Reply
Upvote
My mentally ill brother cut me out of his life at the beginning of 2012. His wife and two adult daughters were threatened with death if they contacted me and, as he was apt to wave a loaded .22 calibre rifle around, they didn’t take the risk.
He died on 29 December 2019, without my having seen him for almost eight years. I realised early in the estrangement that there was no point in my beating myself up because, as a professional victim, he was unable to be reasoned with. I’d done nothing wrong, but those with the victim mentality need a scapegoat, and he chose me. Better me than his wife or one of his daughters.
News
General
Opinion
True Crime
Politics
Sport
Explainer
Entertainment
Celebrity
Reality TV
Movies
TV
Books
Rogue
Royal
Lifestyle
Beauty
Fashion
Weddings
Home
Wellness
Health
Fitness
Travel
Food
Parents
Before The Bump
Pregnancy
Baby
Kids
Teens
School
Parent Opinion
Work & Money
Money
Finance
Career
Lady Startup
Relationships
Sex
Dating
Separation
Friendship
Family
Real Life
Couples