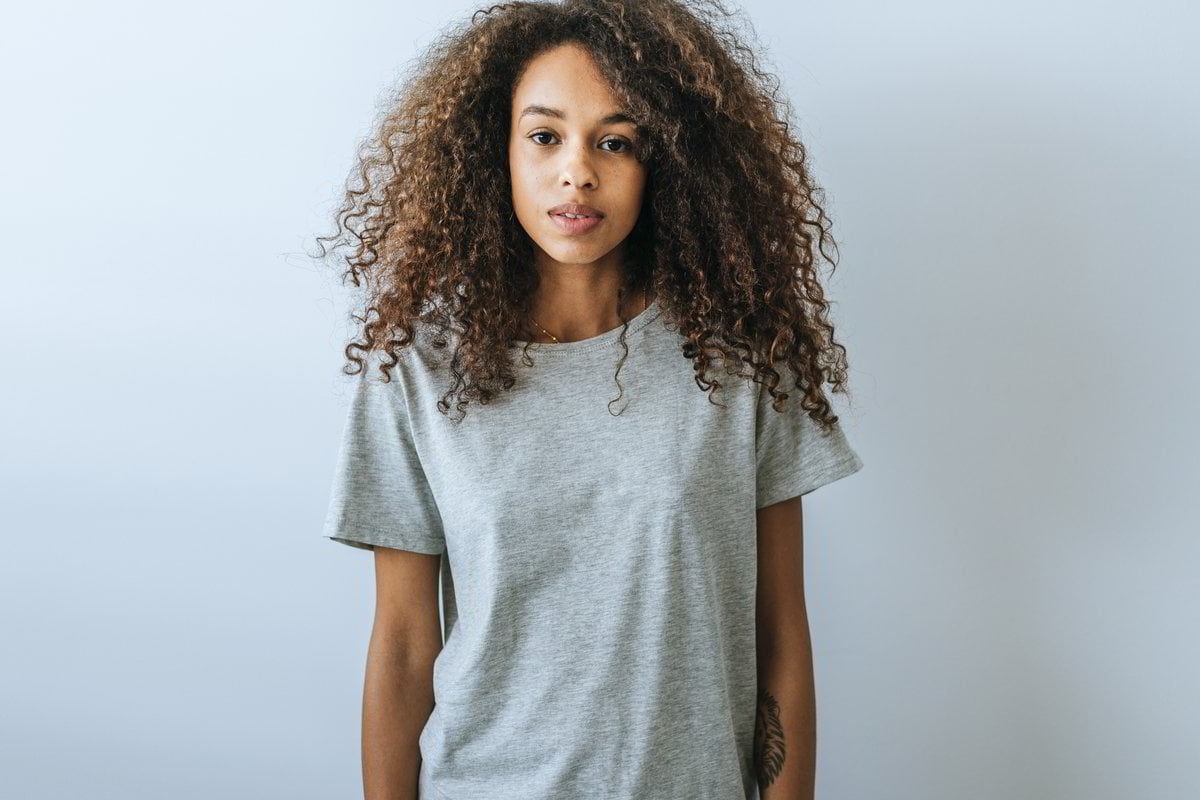 After two years of sneaking around with him, I lost track of how many times we’d ‘broken up’. There was the one big breakup that lasted about a week, and several smaller break-up arguments that always ended the same way — he’d yell, I’d yell, and he’d drive home. Then, I’d text him hours later asking him to come back in the morning so we could “talk”.

But after those two years, I had lost a lot of respect for myself. I’d missed out on potential relationships, romantic and platonic, because I’d invested my complete time and energy in this tumultuous and toxic thing I called a relationship.

I lost the joy in my eyes that you get when you talk about your boyfriend with your friends, because my friends had made it very clear that I was harming myself by continuing to see him and asked me not to bring him around.

I knew it was wrong and unhealthy and immature to give so much of myself to this married man who had gaslighted me into thinking that he really loved me. He said it all the time. “I love you and I love my wife. It’s possible to love two people at once.”

I had just turned 21, and when he said it, I thought there was some deeper, philosophical meaning behind loving two people at the same time. Now I know it was bullshit he said to himself so he could sleep at night.

He didn’t truly love me, that’s certain. As for his relationship with his wife, I only know one side of the story — his side. And for that, I’ll never claim that he loved or didn’t love her. All I know is what I saw.

He lied to her in front of me all the time, and I was too naïve to see that if he was dishonest with the mother of his children, the supposed ‘love of his life’, then why would I, even for a second, believe he wouldn’t be dishonest with me too?

In the beginning of our relationship, I was strongly against seeing him romantically.

He told me right off the bat that he was married, and I knew to stay away. He asked if we could be friends and I agreed. But the more I got to know him as we ran into each other at the bar we met, the more I realised we would never be friends.

He was the most charming man I’d ever met. He was 10 years older than me and fully aware of his appeal to women, especially to a naive girl who’d just turned 21. He reeled me in, and I fell. Hard.

We started sneaking around and he started skipping work to spend time with me. He took me to nice restaurants I’d never been to, and he drove the most expensive car I’d ever ridden in.

He was a successful, handsome man, and he used it well to get what he wanted. More than that, he made me feel special, which is a drug to anyone who has grown up in an unhealthy home with no parental validation.

I wanted more and more of it until I found myself completely in love with a father of three.

We had amazing conversations during our time together.

We talked about our dreams, our fears, our regrets. We’d talk on the phone for hours, even though I knew he’d have to hang up before his wife got home. I was myself around him, unapologetically. And he was drawn to it.

But once my feelings grew stronger, I realised I didn’t want just a part of him. I wanted all of him. I wanted a life with him. He never promised to leave his wife, and in fact, assured me that we would never be together. Still, I fought for him. Stupidly. It’s one of my biggest regrets.

I’d spend nights crying over him, fighting with him, or talking about him. My life seemed to consist of conversations solely about him or with him. It was extremely toxic, and I couldn’t see it yet.

It wasn’t until one day after he dropped me off at home that I realised I had lost every ounce of respect for myself. I couldn’t bear to look in the mirror. I needed to end this and become me again. But I couldn’t do it in one try.

About a year in, during one of our usual fights, I broke things off.

I blocked his number for days, cutting off contact. It pained me deeply, but I was proud of myself until I unblocked him and asked to see him again. This happened several times, each time leaving me feeling total shame and self-hatred.

The break-ups became so common that he wouldn’t flinch when I’d tell him that I never wanted to see him again. Still, I said it. I needed to say it. Because I knew one day, I would mean it. And one day, I would never set eyes on him again.

If anyone reading resonates with my story, I’m sorry you’re familiar with this pain. It’s a complicated wound — one that’s part shame and embarrassment, and part loss and heartbreak.

Because while secretive affairs and toxic relationships are unhealthy, the feelings are real. The love you have for this manipulative person is real. And it’s hard to walk away from it all. But you must.

And if you can’t relate to my story, I envy you. Whether you have sympathy for me, I truly envy anyone who has never lived through this kind of belittling experience. How I wish that I had been mature and grounded enough to ignore him at the bar that day.

Experiences like mine are necessary for some of us to grow.

Unfortunately, this toxic phase in my life was necessary for me to transform into the strong woman I am today.

One who won’t accept anything less than she deserves. One who doesn’t engage with an unavailable man she finds attractive, unless it’s strictly professional. One who will walk away from anyone who doesn’t treat her with respect. I am the woman that my 21-year-old self would’ve been impressed by, and for that, I admire my transformation.

So, how did I finally break up with him?

I’d had enough. Nothing special happened. He said nothing particularly hurtful, and neither did I. It was an ordinary break-up, except for the fact that I never saw him again. The only answer I have for why this breakup was unlike the rest is that my heart was through with being blown up and deflated like a birthday balloon. My soul was ready to move on and heal from the damage this relationship had caused. I was tired, truly tired, and this time, I never wanted to see him again. So I didn’t.

If you are struggling to leave a toxic relationship, please be patient with yourself.

It never happens on the first try, and it’s never painless.

No matter how long you wait to end things, it will hurt. But, if you envision your future and you see yourself happy and healthy on the other side in a relationship with someone who gives all of themselves to you, then you will get there.

﻿You will have that healthy relationship one day. You just have to believe it, prepare yourself, and try. And when you cannot break away, try again.

A
adajpilande a year ago

Reply
Upvote
2 upvotes
Thank you for sharing your stories. I am going through so much pain right now at having nightmares and sleepless nights. I am terribly lost entire day. I tried to read many stories just like yours hoping this ease some pain. I know this is not very easy at all. I know this will take several months. But you were right I have to be patient as well. But I really don't know how this will be over soon. I wanted this pain over. I prayed sincerely day and night. Believing He can speed up this pain.
Anyways, I have read your entire article and I just wanted you to know that I have exactly the same affair, the same pain, the same situations. I feel I lost everything the beauty within in me. I know I truly deserve much more. I know I will do the same thing that you do. I hated that I cannot sleep I cried and cried, I just hated myself because I cannot help. I don't want him back I want to move on and be happy and be true. I know time will heal and I cannot wait that to happen.
Thank you so much for having the courage to share your stories. I never shared my agony not until now. I'd wish to share more.
God bless you my friend. I applaud you for encouraging people like me who is strapped with manipulative mind and a very toxic relationship. All the best!
M
mamamia-user-370565023 a year ago

Reply
Upvote
2 upvotes
So let me get this straight, the man in this story was upfront about everything from being married to the fact that he wasn’t leaving his wife for you, and when you would break things off, it was you who would restart things with him, yet he’s the manipulative bad guy of this story? He said that he loved two ppl and was lying because he wouldn’t leave one of them for the other or choose just one? Articles like these are why we can’t have an honest discussion or debate about topics of this nature. No matter the scenario, the man is painted as this evil manipulator and the woman his victim. Instead of it being an emotionally complex situation (a maybe string of poor choices) based on strong attraction between two people, it becomes targeted commentary on the evils of men. Married women have affairs too. Married women fall in love with the other man whilst still loving their husbands. Married women choose their family over the other man. Yet married women, somehow receive sympathy as the victim of circumstance, and empathy as a person who can the capacity to love so much. No matter which position she is in, other woman or married woman having an affair, everyone seems to see the human parts. Men are human also. They are complex beings that can open their hearts and love many just like women. Men can fall victim to circumstances and situations just like women. Sometimes, there is no good or bad guy for it. Many times, it’s not one person manipulating the other. Most of the times, two people fell in love when they probably shouldn’t have, but that doesn’t make one person more evil than the other. It isn’t always about sex with men. It can be a complex, quandary of emotions that causes a man to question himself. To feel guilty whilst also being excited about love. Being torn between two worlds he feels compelled to be apart of.
G
gu3st a year ago