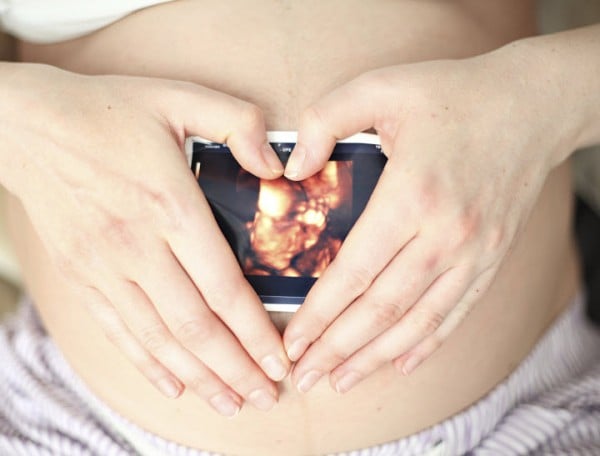 What were you told when doctors looks at you baby in their ultrasound? Was your baby supposedly small, average or large? The answer to this question could pinpoint a phenomenon that seems to be growing in the states.

The New York Times reports that many pregnant women are being convinced that they need to have a c-section as their babies are too large to be safely delivered via vaginal birth.

In December of last year, researchers found that a proportionally large number of women in America were being incorrectly told they were having a big baby.

According to the findings, these expectant mothers were told their babies would be almost five times bigger than what they actually were and it was suggested to them that they have a scheduled c-section.

In reality, most of the babies born weighted less than 4,000 grams (the medical definition of a large baby).

“Childbirth is seen as a painful process to begin with,” said Erika R. Cheng, an assistant professor of pediatrics at Indiana University School of Medicine in Indianapolis.

“When you’re told your baby will be large, it conjures up images of more pain, and risks and complications that might harm you and your baby. Women understandably might want to avoid that," added the paper's lead author.

And while you may say at the end of the day, it is the mother's decision as to whether she has a c-section or not, Dr. Aaron B. Caughey told The New York Times that even the act of suggesting a c-section has an impact on a pregnant women's decision.

"If you’re offering something that isn’t normally provided, you are saying somehow that this is a pretty good option," he said.

WATCH the video for more on the rising Australian c-section rate. Post continues after video...

While currently this seems to be an issue in the states, Australia's c-section rate is at 32% which is incredibly high when compared to the fact that it was 19% ten years ago.

Kim Lock earlier this year wrote for The Guardian that, "Birthing women often report feeling pressured, coerced, on the clock, and at times bullied into consenting to surgery."

While studies involving the belief that mothers are having a big baby leads to increased c-sections has not been conduced in Australia, it is undeniable that the number of babies born via this method is seemingly high.

Where you told you were having a big baby? Did you have a scheduled c-section?