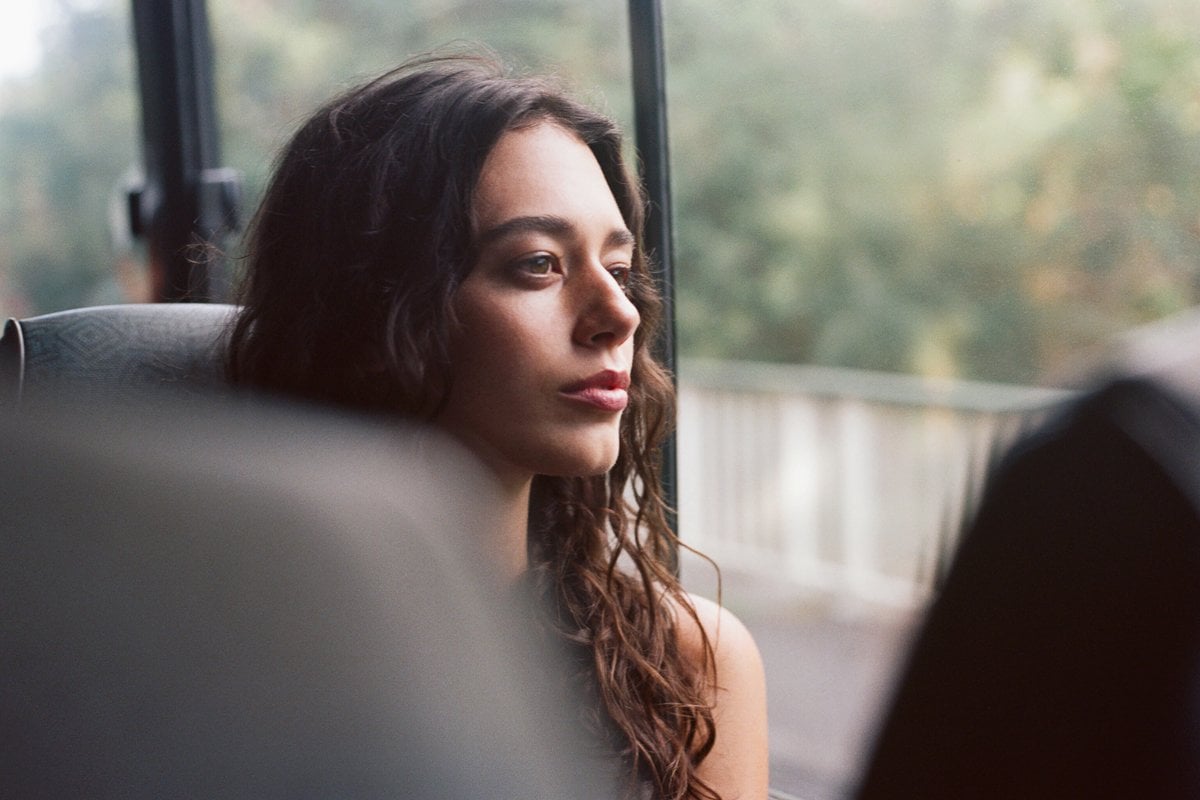 I just don’t have children.

It’s not because of some noble environmental objection or screen-time fear about growing up in a social media dominated world. (Although I will say thank god Snapchat didn’t exist when I was slinking to drama rehearsals during high school lunch hour).

It’s not because I think I would be a terrible or totally unfit parent (there are times when I most arrogantly think I could’ve pulled it off – and yes, I know, if there’s one thing mummy blogs have taught me, it’s far harder than it looks!).

Don’t get me wrong, my husband and I did toy with the idea, and after we (ahem, I) got over the sheer terror of letting my periods arrive whenever they damn well felt like it, you could even say we "actively tried to conceive" for a while there.

The condoms stayed in the bottom drawer. I downloaded an app to help figure out when I was ovulating. I put aside my phobia of UTI’s and tried not to pee as soon as we were done.

If you want to boil it right down, we threw some sh*t at the wall to see if it would stick. It didn’t.

Turns out, I’m not devastated.

I don’t possess that relentless tugging at my uterus urging me to be a mother.

"Trying" was more due to vague curiosity, a "what if" scenario, another potential experience in this journey called life.

I decided a long time ago I wouldn’t go down the IVF route. Not because of any religious or scientific objection, I just didn’t want to be a mother that badly.

And, no, we don’t have a "fur-baby" to complete our household of two. My maternal calling isn’t secretly wrapped around an organic plastic bone-shaped chew toy.

By now you probably think I’m a total arsehole.

Okay. I’ll admit there are times when I do worry or feel kind of bad. What if my husband isn’t being completely honest with me and is actually totally devastated because I’ve taken away his opportunity to be a dad (he says he’s not).

What about our parents - mine are already grandparents (thanks sis!), but my husband’s will now never know what it’s like to ride the parenting merry-go-round all over again.

To look over their own child’s shoulder, with chirps of smug, knowing advice, while baby wails loudly in its bassinet. To have the luxury of playing babysitter at a Wiggles concert and returning the hyper chubby cherub to mummy and daddy’s exhausted arms right before dinnertime. To feel a sense that the grand circle of life is now complete.

And yes, there are also times when I wonder if I’ll regret it.

Like, when I see a couple in matching North Face jackets hiking in the wilderness, baby strapped to daddy’s back. Or when I see a mum-to-be, eight months through, her soft hand gently cradling her own round belly, exchanging serene smiles with strangers in the street. I can’t help but ask myself if we should have tried earlier.

If maybe I stayed on the pill for too long. If my love of wine, and excess consumption thereof (particularly over the last 10 years when I should really have been behaving like an adult) has killed the few eggs I still had left.

But the fact is, that this is how we chose to live those years. And it was fun. It was life. And I wouldn’t change it, even if I could.

So when you ask me if I have children and I say no, that’s the end of the sentence. Yes or no - there was never a definitive decision. If there was, we would have found a way to have them. Or I would say something like "it wasn’t for us" or "a kid wouldn’t fit in with our lifestyle" or "my career was too important and I really like expensive shoes." But I don’t say that.

And my face isn’t sad, or full of regret. There really, truly, isn’t any more to the story.

Reply
Upvote
2 upvotes
This story could’ve been written by and/or about me, minus the “actively trying” phase. There was a period while I was married where we actively didn’t try to prevent becoming pregnant, but there was no determined decision that we’d start “this month”.
Turns out that his extracurricular activities - and there were a lot of them, aided by opposing work schedules - means the 7-year itch turned into the 7-year unhitch, so I’m retrospectively even more glad we never got pregnant.
I was never a clucky type, never made googly eyes at friends’ babies and had maybe a week when I realised I was transitioning into menopause where I hoped I’d “made the right call”, then because it stopped even bothering me in the space of days I was pretty sure I was OK with my choice.
And now in my early 50s I look at people on TV and work out when something was made and how old the baby on screen would be now, and what I was doing when whatever it is was made and what I’d either have given up or changed if that kid was mine - and I’m *always* happy it’s not.
Congratulations to everyone who has kids, and wanted them. But I’m not one of you. Never was, and thankfully now, absolutely never will be.
S
sophie p 8 months ago

Reply
Upvote
1 upvotes
I feel this way when it comes to dating and they ask how it's going; (do i have a partner/gf/bf yet? No? Why not???) and then jump into "Oh when you meet the right person, you'll change your mind," which can be said for many things including having children.
I'm young but I know for a fact that it's not in my cards. It may change but it hasn't for a while now.
I wish I could have it left at no myself too. (I also don't want children but because I don't feel like I could look after one well/give it the best life.)
News
General
Opinion
True Crime
Politics
Sport
Explainer
Entertainment
Celebrity
Reality TV
Movies
TV
Books
Rogue
Royal
Lifestyle
Beauty
Fashion
Weddings
Home
Wellness
Health
Fitness
Travel
Food
Parents
Before The Bump
Pregnancy
Baby
Kids
Teens
School
Parent Opinion
Work & Money
Money
Finance
Career
Lady Startup
Relationships
Sex
Dating
Separation
Friendship
Family
Real Life
Couples