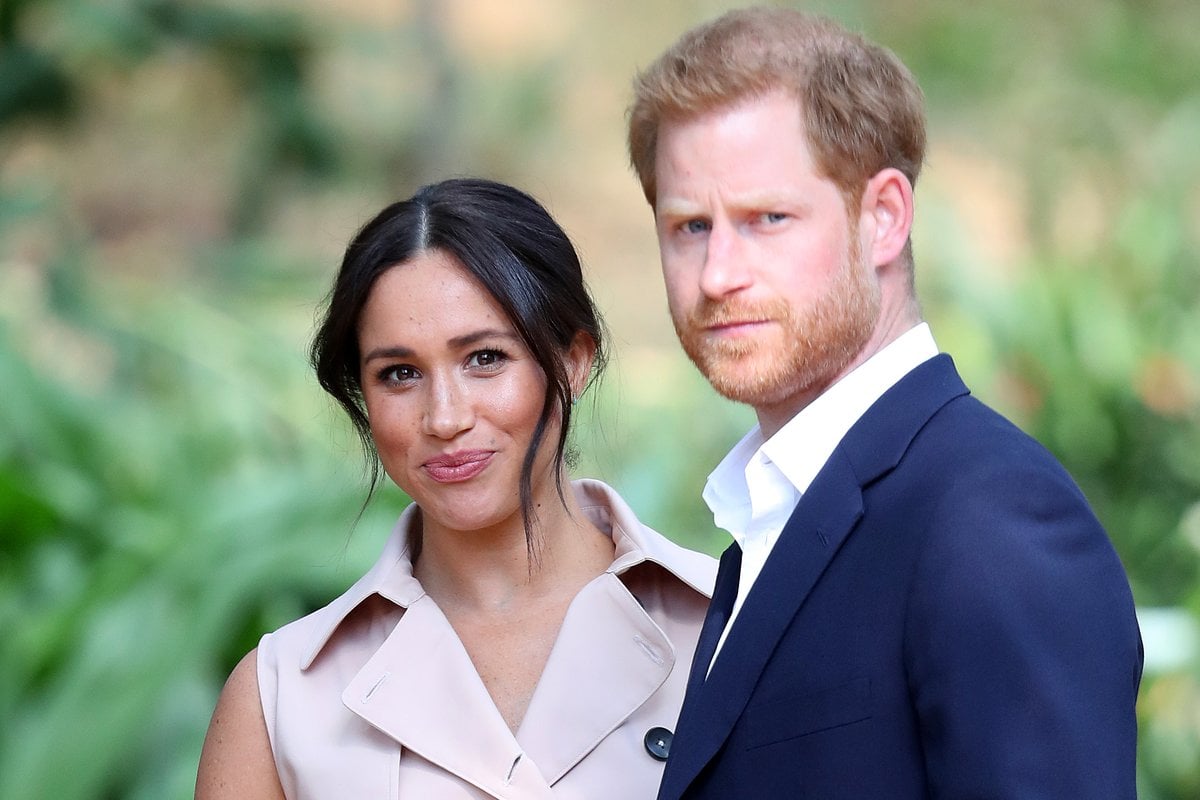 Over one year on from their decision to step back from the royal family, Prince Harry and Meghan Markle are finally ready to talk about their groundbreaking decision.

The couple, who recently announced they are expecting their second child, will join Oprah Winfrey for a televised 90-minute interview on Monday.

The interview will reportedly cover the couple's move to the United States and their decision to retreat from their royal duties.

As Oprah herself said in a teaser for the interview, "No subject is off limits."

Watch the first look from Prince Harry and Meghan Markle's interview with Oprah Winfrey below. Post continues after video.

"My biggest concern was history repeating itself," Prince Harry said in a trailer for the interview, referring to his late mother, Princess Diana.

"For me, I’m just really relieved to be sitting here talking to you with my wife by my side, because I can’t begin to imagine what it must have been like for her going through this process by herself all those years ago," he continued.

"It's been unbelievably tough for the two of us, but at least we had each other."

While driving around Los Angeles in an open-top double-decker bus, Harry told the host that his decision to leave behind his royal duties was about ensuring the wellbeing of his family, and escaping the British press.

"It was never walking away," he told Corden.

"It was stepping back, rather than stepping down. You know, it was a really difficult environment, as I think a lot of people saw. We all know what the British press can be like and it was destroying my mental health," he continued.

"I was like, 'This is toxic.' So I did what any husband and what any father would do. I was like, 'I need to get my family out of here.' But we never walked away. And as far as I’m concerned, whatever decisions are made on that side, I will never walk away. I will always be contributing, but my life is public service, so wherever I am in the world, it’s going to be the same thing."

Now, amid the release of the two interviews, the Duke and Duchess of Sussex are facing a new wave of criticism from the British press.

"If you want privacy and want to be left alone, you don't do Oprah for two hours. It's a complete joke," he continued.

*NEW COLUMN*
It takes a staggering degree of narcissism to play hard-done-by victims from your Californian mansion as the world reels from a pandemic & Prince Philip lies seriously ill in hospital. The only service Meghan and Harry know is self-service.https://t.co/HB7t0P5i4D pic.twitter.com/8kt9WdHax5

But what every critic of the couple has failed to acknowledge is that Prince Harry's distaste towards the British press isn't new.

Throughout his relationship with Meghan Markle, Prince Harry has maintained a firm response to the British media.

After Harry initially began dating the ex-Suits actress, he released a rare statement.

The statement included a plea to the media – and the general public – to stop the "wave of abuse and harassment" including "outright sexist and racist comments" against Meghan.

"It is not right that a few months into a relationship with him that Ms. Markle should be subjected to such a storm."

Then, in October 2019, Prince Harry announced Meghan was suing the Mail on Sunday for publishing a handwritten letter she sent to her father, Thomas Markle, in August 2018.

The civil lawsuit, which Meghan won last month, accused the publication of copyright infringement and misuse of private information.

"Unfortunately, my wife has become one of the latest victims of a British tabloid press that wages campaigns against individuals with no thought to the consequences – a ruthless campaign that has escalated over the past year, throughout her pregnancy and while raising our newborn son," Harry wrote in a statement at the time.

"There is a human cost to this relentless propaganda, specifically when it is knowingly false and malicious, and though we have continued to put on a brave face – as so many of you can relate to – I cannot begin to describe how painful it has been."

But while many critics, including Piers Morgan, have claimed that Meghan was solely behind Harry's staunch response to the media, it's clear that Harry's distaste for the media was present well before his relationship with Meghan began.

While on deployment in Afghanistan in 2013, Prince Harry sat down with Press Association journalist James Edgar.

When asked about whether he was enjoying his time on deployment, Harry responded: "I don't want to sit around at Windsor because I just generally don't like England that much. It's nice to be away from the all the press and the papers and the general sh*t that they write."

He continued: "My father always said don't read it. It's always rubbish. I'm surprised how many people in the UK actually read it. Everyone's guilty for buying the newspapers, but hopefully no one actually believes what they read, which I certainly don't.

"But of course, I read it. If there's a story that's been written about me, I want to know what has been said. All it does is just upset and anger me that people can get away with what they do."

Pre Meghan Harry hated the press with even more vim than post Meghan Harry, and for very good reason. pic.twitter.com/YFPmpbvL8c

For Harry, that distrust in the British media stems back to the experience of his mother, Princess Diana, who was killed in a car crash in Paris in 1997.

As Harry got older, he learned the crash may not have occurred if paparazzi hadn’t been chasing her.

He also learned, as he told BBC documentary Diana 7 Days in 2017, that those same paparazzi took photos of his mother while she lay dying.

"I think one of the hardest things to come to terms with is the fact that the people that chased her into the tunnel, were the same people that were taking photographs of her while she was still dying on the back seat of the car. And William and I know that," he said.

Even before Diana was killed, Harry witnessed how his mother was treated by the press following her split from Prince Charles. As a child, he watched the relentless pursuit of his mother by the tabloid press, read the salacious stories printed about her, and saw the intrusive photographs published without her consent.

And when Meghan Markle began dating Prince Harry, her public and personal life quickly became the media circus that Princess Diana’s life once was.

Since 2016, Harry has watched his wife face the vitriol, abuse and hatred that once plagued his mother.

It’s no wonder he no longer wants anything to do with the British press.

Reply
Upvote
History is repeating itself... both Harry’s parents discussed their person issues in the public via the media.... which is exactly what they are doing.  They both also been photographed by paparazzi in LA at his week so what type of freedom do they have in the US.   They really have to accept that not everybody is going to like them and if they were serious about their philanthropy they would let there actions speak louder than their words.