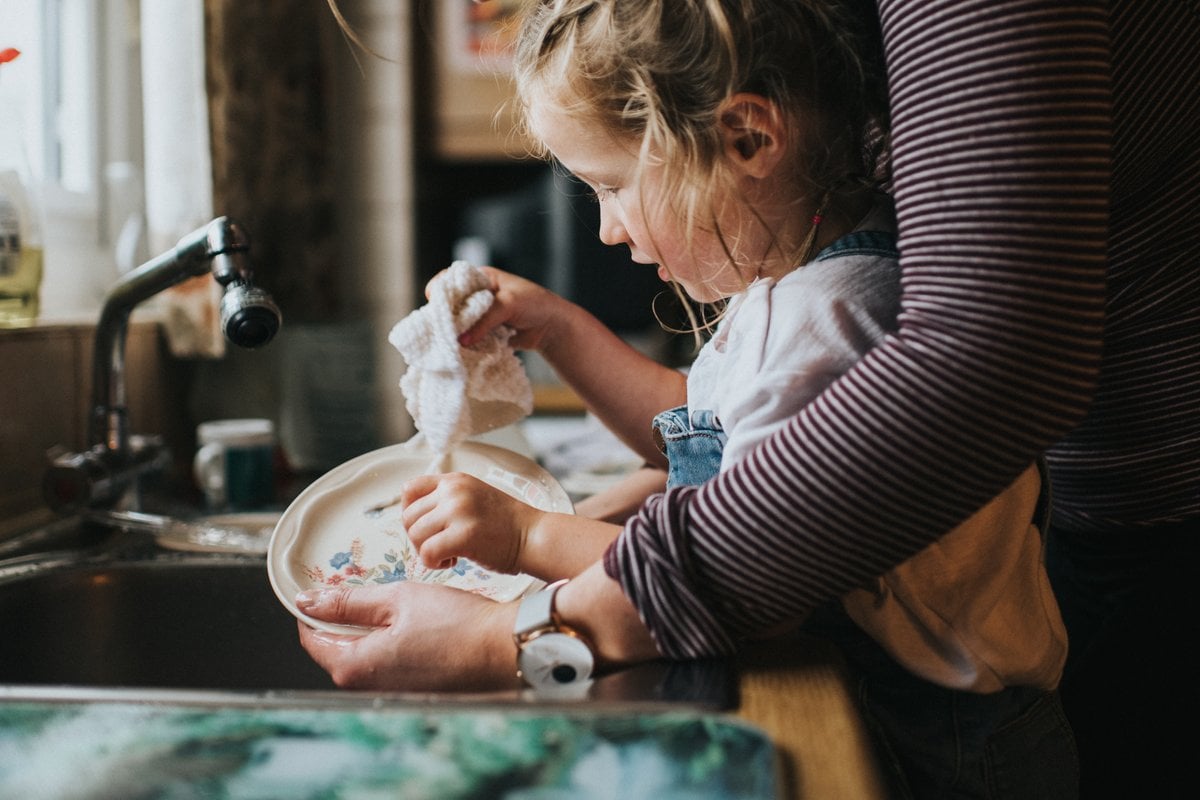 It was the type of hot, sticky summer night that made my heart swell with nostalgia. Beer in hand, faint smell of barbeque lingering hours after we ate, hair matted with chlorine, surrounded by my favourite friends. It made me feel normal again, like I remembered this side of myself still existed.

"What’s the hardest part of having a kid?"

All 10 heads turned towards me, the only parent in the group. We’d been drinking, laughing, and reminiscing about our early 20s all afternoon, but as the sun set on the day, the tone shifted.

It was that part of the night where we all sat around a table and opened our hearts to each other, in the way that only being tipsy and free of inhibition allowed.

I squirmed under the pressure of having the spotlight directly placed on me, though. If you asked anyone who knew me, they’d probably call me an insufferable attention-seeker because I’m loud and outgoing. But I hate speaking to a group. I can never find the right words and end up overthinking what I said for days, weeks, months after.

I thought for a minute.

"It’s as magnificent as it is gut-wrenching," I said, in what I thought was an incredibly sage and omniscient tone.

Their faces remained on me, expectant.

"I guess it’s kind of hard to describe..." I trailed off awkwardly. My eyes darted around, desperate for someone to change the subject.

They took the hint and while the conversation moved on, I – predictably – didn’t.

What is the hardest part of being a parent? The questioned bumped around in my head for days, weeks, months after.

Was it when I was pregnant? My burgeoning bump entering a room a good 10 seconds before the rest of me trailed in behind. The unexpected pain of it all. The anxiety and depression I never knew was so common. The emotional breakdown as the first stretch mark, thick and purple, etched across my stomach, followed by dozens more in what felt like a matter of hours.

The gleeful faces of seasoned parents as they doled out the same archaic expressions that probably irritated them a few years earlier.

"Your body will never be the same!"

Or, most memorably: "Your breasts will be reduced to empty sacks of skin; limp and arid. Best to tuck them securely underneath your armpits so they don’t get caught beneath you when you sleep."

Was it those first few weeks? When, after nine (I swear to God it was 10) months, I finally met my perfect daughter and experienced that deep, all-encompassing, heart-bursting love I never knew I was capable of. When the desperation to protect her was instant and relentless and made me think, "How on earth can I do this forever?"

Was it when a cocky (read: male) acquaintance said, "Well, you didn’t actually give birth, you had surgery", and I experienced my first bout of thunderous postpartum rage?

Was it the hormone changes? The mood swings, the crying, the wondering every day if I was going to tip over from a normal emotional response into full-blown postpartum depression.

It must have been the sleep deprivation, surely. When exhaustion was carved into my bones and I experienced my second bout of rage at the fools who suggested we "sleep when the baby sleeps". I wailed when the baby wailed. When the baby slept, on me mostly, I was so fearful of dropping her or smothering her, I held my eyes open with toothpicks to stay awake.

Well, not toothpicks so much as scrolling TikTok for hours on end – a maniacal rotation of laughing and sobbing.

Was it when I finally woke up from the 'fourth trimester' and realised that by society’s standards, it was time for me get my sh*t together? By then I should have had a routine, I should have been exercising, the house should have been back in some sort of order, the maxi-pads hidden, and the breast milk leaks under control.

I should have been "bouncing back", when instead I stepped on a scale and discovered, after teetering on the line for months, my BMI had clocked over to obese (and, at average height and size 14, this brought about my third bout of murderous rage – but that’s a story for another day).

Maybe it was settling into my new normal, my heart bursting with love for my daughter but empty of connection with literally anyone else.

Was it discovering, and subsequently becoming addicted to, the Mummy Groups on Facebook? The ones I excitedly joined after being robbed of a traditional Mum Group (2020 baby) only to discover behind the catch-cry of "you do you, mama!" there was an undercurrent of two very distinct camps of parenting – each slinging mud at each other and crying "stop mum-shaming!" in equal parts. (Spoiler: it’s not the Mummy Groups because I actually love reading them now, although I still loathe the phrase 'you do you, mama').

Was it those first few months back at work? When I packed up my tiny one-year-old baby and shipped her off to childcare for the first time. When I cried every day and begged my co-workers who were experienced mums to tell me how they did it, convinced there must be a secret working-mum hack I was missing.

Was it when the first round (of many) childcare bugs had me waking up to the sound of my baby choking on her own vomit in bed? Slamming her back to dislodge the blockage and then proceeding to pass out on the floor from stress, or shock, or fear – realising that becoming a mother had not, in fact, transformed me into the superhero I always hoped it would.

Was it the overwhelming guilt of prioritising work over my baby, or vice versa? There seemed to be no feasible way to live without constant, crushing guilt.

Maybe the hardest part of parenting is right now. With 18 months under my belt, I’ve emerged from the depths of all-encompassing motherhood to discover I’m not the same person I was before. I just can’t work out how I’ve changed.

While I’ve been trying to be the best mother I know how to be, the parts of me which used to account for so much of my self-worth have fallen by the wayside. I don’t know how to be a good mum while also maintaining my own high standards as a wife, friend, daughter, sister, aunt, employee, fitness enthusiast, or encyclopedia of pop culture (seriously, one of my greatest passions). I don’t know how to manage the guilt of feeling like I’m letting everyone down.

I think the solution to this would be something about balance. A cup-filling metaphor, probably. But I can’t seem to untangle my thoughts for long enough to work out how to get there. Is that the hardest part of parenting for me? Maybe it’s the constant battle of carving out a well-rounded life. Shoving a sock down the throat of my biggest critic (metaphorically, because that critic is me and that’s gross) and relieving some of the pressure and expectations I put on myself.

The truth is, I don’t know what the hardest part about parenting is.

I don’t know if it’s still to come. Threaded through the challenges of the first 18 months have also been the happiest and most fulfilling moments of my life. The joy has outweighed the hard times by far. If this story was called 'The Best Part of Parenting', it would probably start with "the first tiny little butterfly kiss kicks in my belly" or "the way she touches my nose and says 'nose'". It would also be several hundred pages and unbearable to read.

Perhaps I wasn’t so far off on that summer night when I felt like myself again for the first time in 18 months.

Maybe the hardest part of parenting is that it’s as magnificent as it is gut-wrenching.

I guess it’s kind of hard to describe.

Emilie Reynolds is a former journalist turned communications specialist, pop culture enthusiast and mother of one. She lives in Adelaide with her husband and daughter.

Reply
Upvote
The hardest year for me with my son the terrible 2s . I couldn't take him to.the shop on holidays . Massive melt downs.  No.listenig skill sleeping in my bed .  Technique with kids like this . Enrol them into day care.  Let the kids socialise with kids their own age
A
alessandra.z87 4 months ago