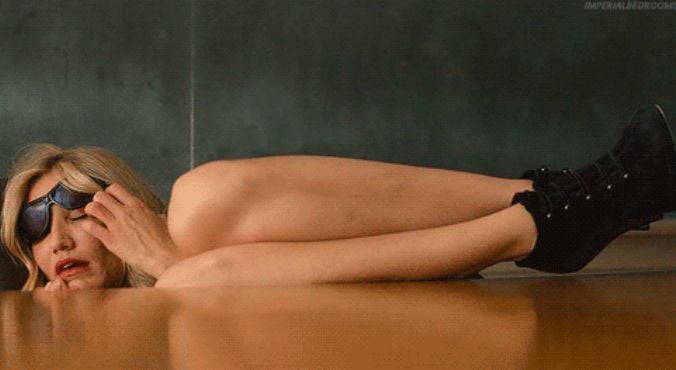 There’s nothing worse than the throbbing headache and nauseated stomach that comes with a hangover.

If you’re like us, you’ve probably tried every ‘hangover remedy’ under the sun. From the after-night-out-kebab, to a trusty bottle of Gatorade and the good ol’ big greasy breakfast. And nothing really works.

Until now. The CSIRO, Australia’s peak science body, has done the hard work for you and come up with a handy solution to your hangover woes.

RELATED: Which alcohol gives you the worst hangover?

Apparently, all you have to do is drink 220ml of pear juice. Yes, it turns out the humble pear is the hero of this story.

According to the CSIRO, they lower blood alcohol levels and speed up the rate your body metabolises alcohol.

Pears, particularly the Korean kind, get to work on the enzymes involved in metabolosing alcohol – alcohol dehydrogenase (ADH) and aldehyde dehydrogenase (ALDH) – according to the lead researcher Manny Noakes.

There's just one catch, you'll need to be super organised if you're going to try this hangover cure.

“The effect was only demonstrated if pears were consumed before alcohol consumption, there is no evidence that you can consume pears after drinking and avoid a hangover," Noakes explained.

While the study relied on pear juice, they suggest that consuming whole pears will produce similar effects.

RELATED: How to disguise a hangover in 3 simple steps.

Plus, eating pears can also help to lower your cholesterol, relieves constipation and has anti-inflammatory effects. Worth trying, right?

While the results of the study are yet to be finalised, these preliminary findings have made everyone in The Glow office very excited.

What are your fool-proof hangover remedies?