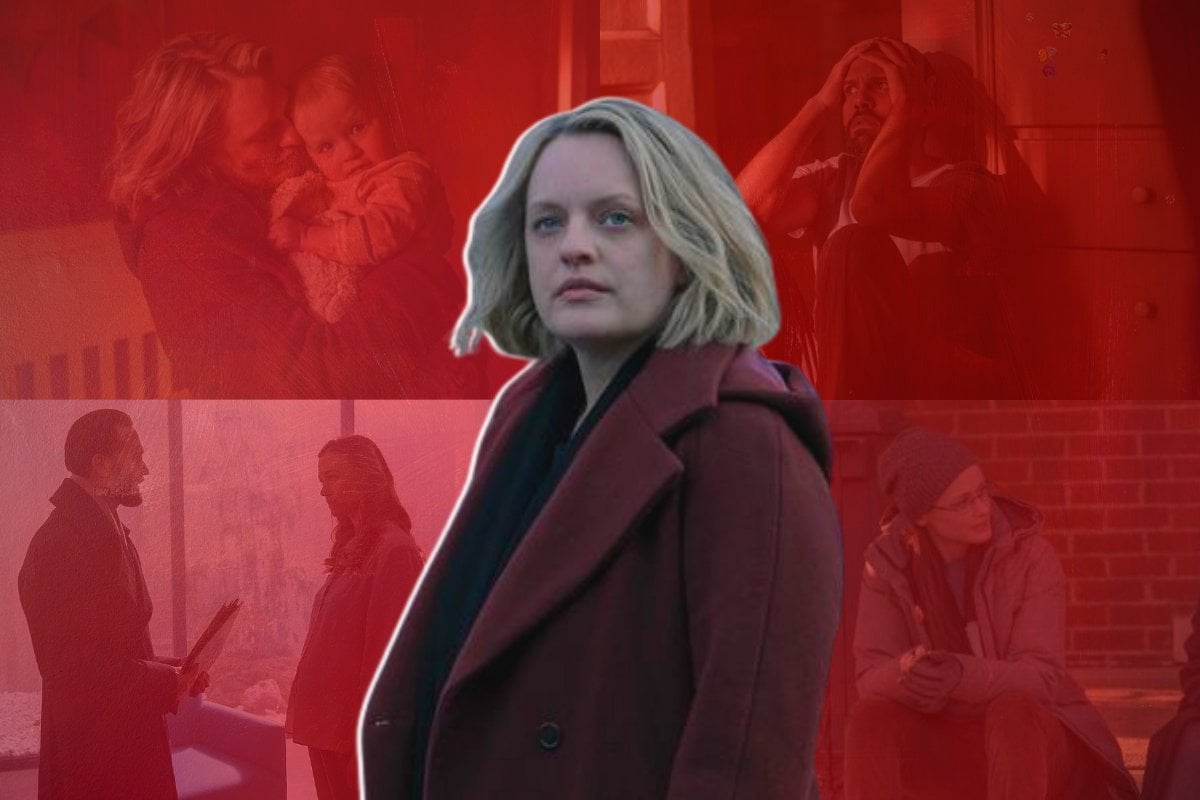 Anyone else's dreams being haunted by the ghost of Fred Waterford?

Season four of The Handmaid's Tale came to a... brutal end this week, with June carrying out the vigilante murder we have been waiting five years for. With help from Joseph, Nick, Emily and an army of very mad former Handmaids, June succeeded in putting a weak, begging Fred on the wall (minus a finger, which was thoughtfully sent to Serena).

But June's vengeance has come at a cost.

The finale was the most satisfying the series has ever given us. We've watched four seasons of Fred Waterford be an abusive, righteous idiot, and he's now, finally, paid the price for his actions at the hands of those whom he enslaved, both directly and via the regime he helped implement.

But we're now left with a huge question: what happens next?

June didn't just kill Fred. She killed her chance at a as 'normal a life' as she could've hoped for, in Canada with her daughter and friends.

Where is June going?

This is the biggest question of them all.

What does June mean? Does she intend to go on the run? Will she swing by Tuello's house again and hand herself in? Was the revenge worth having to tear herself from one of her children yet again? What exactly is the legal ramifications for crimes committed in apparent no-man's-land? Or does June simply know that through this action, she has stepped over a line where Luke and Moira can never reach her?

Luke, to his credit, has been trying his very best since June escaped Gilead and the way in which he's gently navigated her trauma has been admirable and really lovely.

I think in episode nine he let a bit of her go, when he encouraged her to visit Nick in an attempt to get Hannah back. And in the finale, as he slid down the wall in distress, he came face-to-face with a fact he's probably already known for a while: This isn't the June he married. He doesn't know her anymore. After this, he's unlikely to want to know her anymore. 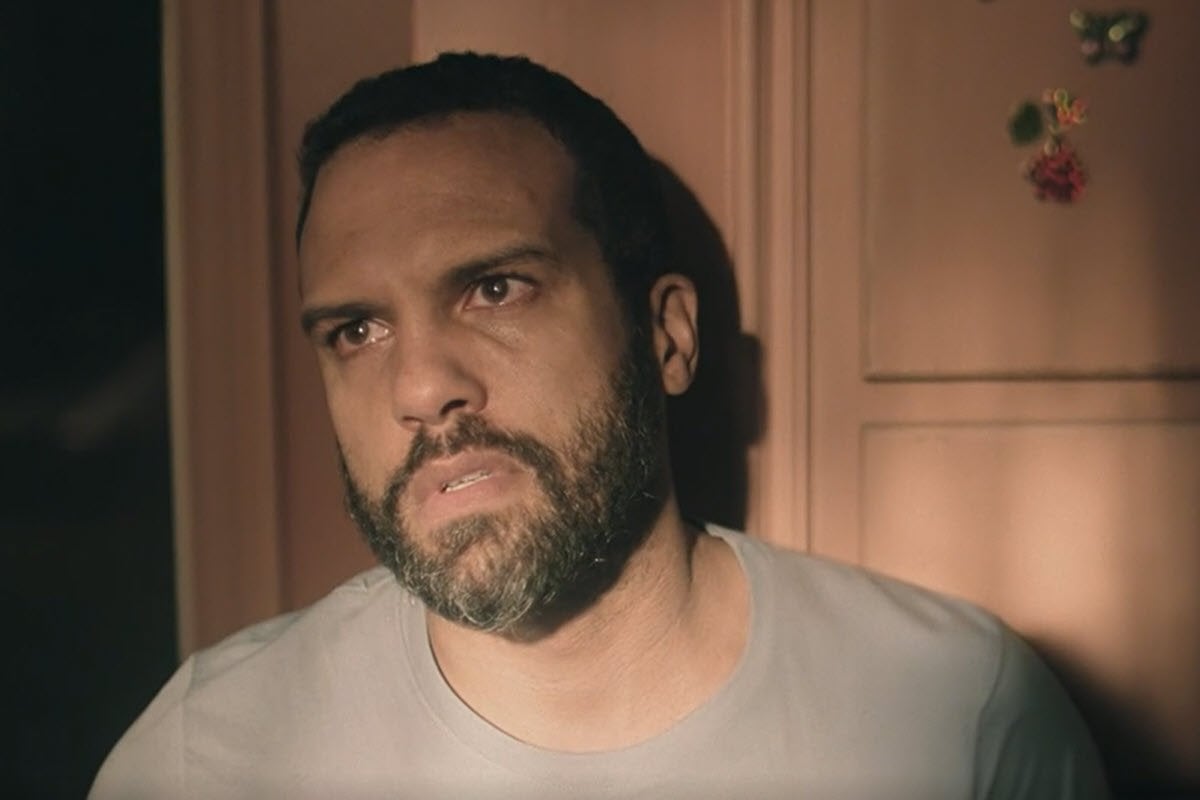 Moira too is unlikely to ever accept June (and Emily's) actions here. Despite her own Gilead trauma, Moira has been following a path of forgiveness and acceptance, rather than seeking out the revenge that June's been desperate for. She was very uncomfortable with June turning their trauma meetings into uh, revenge fantasies. June turned the group into an angry army, and they just won their first battle.

(Also, side note: protect Emily at all costs!)

Blessed be the helpful Commanders.

Fred's death was able to take place because of two key Gilead allies: Joseph and Nick (and also Nick's eyebrows).

After Joseph, June and Tuello have discussed his offer - 22 women of the resistance in exchange for Fred - Joseph tells June that no matter what Gilead does to Fred, she won't be satisfied.

She knows he's right so, somehow (I hope we get the backstory of this next season because it would be so interesting), June makes a second deal with Nick.

When Fred makes it to the border, he is met by Joseph, who is then claimed by Nick on behalf of the Eyes. 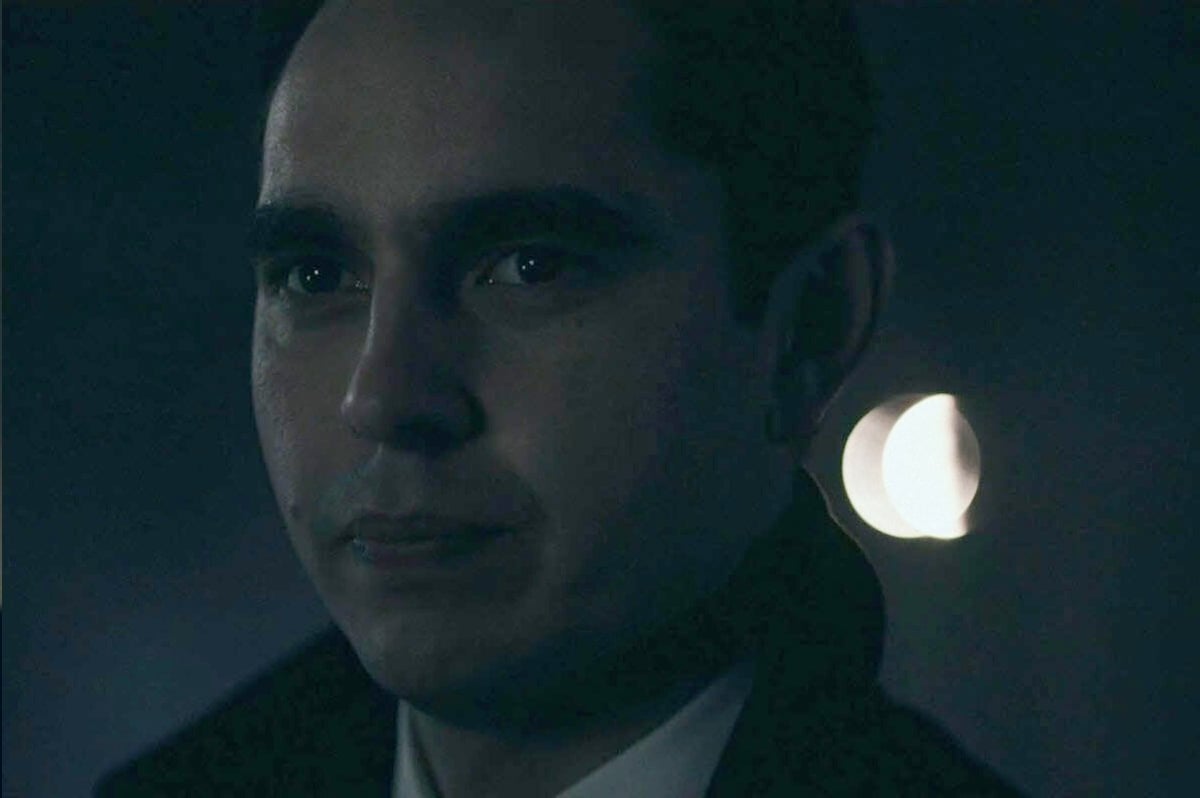 I AM SO SORRY I EVER DOUBTED YOU. Image: SBS.

We don't know if Joseph knew this was going to happen or if he had any idea of Nick and June's plan, but he had no problem facilitating Fred's death. Joseph had a personal vendetta against Fred, because it was Fred's insistence that he perform 'the ceremony' with June that ultimately led to his wife Eleanor's suicide in season three.

Joseph has been intent on fixing Gilead from the inside out this season, but he's always been sympathetic to June. He admires her and respects the lengths she is willing to go to (remember his sly mention of the poisoned Commanders at Jezabels?). If he didn't know about Nick and June's plan for Fred, he's no doubt going to be pretty impressed to learn about it.

But it also works in Gilead's favour to turn off the leaky tap that was Fred's mouth.

Damn it, Joseph is so complicated.

Meanwhile, Nick loves June, and he has a better understanding of her intense need for revenge than Luke does. Turns out, he is also willing to help her get it.

Both men have been hard to read all season as they've been towing the line, but this was an outright attack on Gilead. More of this, please.

Why did June go to visit Fred?

Even Fred was shocked by June's visit to his prison cell/Canadian day spa room.

In the scene, Fred apologises for the "discomforts" June faced in his home, which is a very understated way to describe monthly state-sanctioned rapes.

Elisabeth Moss explained it was that apology that informed June's decisions.

"[Director Liz Garbus] had come from her documentary work from having worked with and spoken to various female survivors, and she talked about how the worst thing that you could hear from an attacker or an abuser was that they were sorry. Because it meant they knew what they were doing," Moss told The Hollywood Reporter.

"That it would be better if they were totally insane and had no idea. But the fact that they knew what they were doing, and had the conscience or perspective or objectivity to be able to apologise, was like the nail in the f***ing coffin.

"So that's where that scene came from. That idea of: What if Fred apologises to June and what will that do? We needed a scene that was going to push June between the choices of family or revenge. What was going to push her to revenge? We figured out it was that apology." 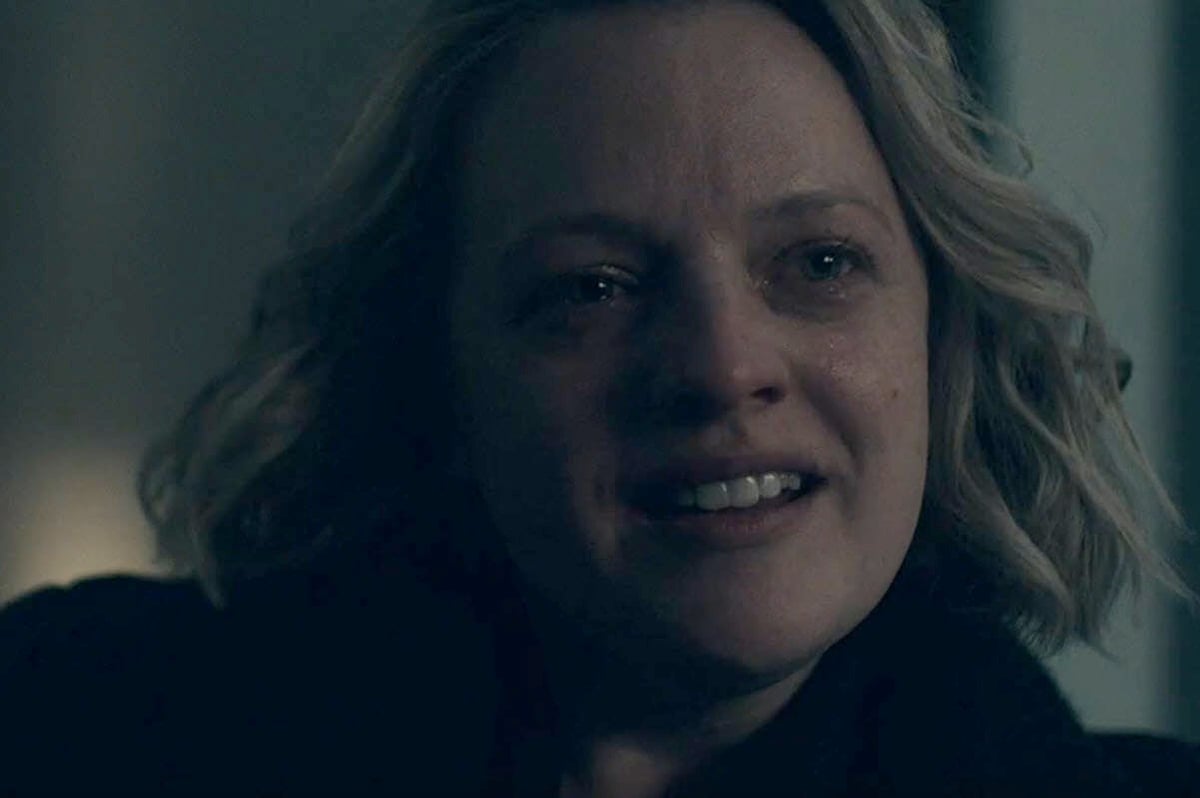 At first, as June paces around the room, it seems like we're about to get another Aunt Lydia-style spray, like the one she gave Serena earlier in the season.

But eventually June sits down, and she indulges Fred in the way she had to as his Handmaid. She flatters him, agreeing that they had a special connection.

It makes the way she surprised him in the woods even more satisfying. He was arrogant enough to believe she didn't hate him with every ounce of her being.

And then she kissed Nick right in front of him, and his dumb worldview came crashing down around him.

What the heck is going on with Tuello and Serena?

There has been some weird ~tension~ between Tuello and Serena ever since they first met during the Waterford's season two diplomatic trip to Canada.

Following Fred's arrest that saw both the Waterfords take up residence in the Canadian day spa moonlighting as a prison, they've shared almost flirtatious glances and jabs.

Serena had planned to play happy family with Fred after the court in Geneva freed him, more out of duty and appearances than... desire, and Tuello seemed very confused by that decision.

Sure sounds like Fred had an inkling: I'm pretty sure Tuello doesn't want a donkey, and Fred doesn't have a house anymore. That leaves his wife.

I mean, it's highly unprofessional of him, but if Tuello and Serena progress beyond snark and stares, he's going to have to watch out for June.

We don't know where she's going, but we know at least one thing in her sights: one Waterford down, one to go.

Reply
Upvote
2 upvotes
She already knew she wasn't going to stay with Luke, he just didn't have it in him to understand what happened to her, otherwise he woudn't have been horrified that she killed Fred. Nick is obviously the guy she's supposed to end up with.
June wont be in trouble, Nick will just say that the eyes killed Fred because he tried to escape. Gilead wont care how he died, just that hes not talking anymore.
I see Serena pivoting to become an anti-Gilead advocate. She and June have partnered before, and June accepts that Serena was a victim in some ways too- she sent her that finger. And she turned against Gilead to lure Fred to Canada, she let Nicole go, she can see both sides of the coin. Serena will go wherever she gets power, and right now she can gain power by playing up her victimisation.
M
mamamia-user-482898552 a year ago

Reply
Upvote
I found this whole season reasonably underwhelming. If you look at it objectively, only a few things happened, very slowly. There is huge potential for the writers to explore the ins and outs of Gilead (its creation, its main players, and the seeds of its imminent downfall), and of the political situation in Canada, but instead we got lots of close-ups of June and a lot of underdeveloped storylines that just petered off into nothing. They basically could have shown the whole of the content of this season in three episodes or so.
I'm hoping they start using some of the detail and plot from The Testaments for the next season. Otherwise I fear they actually don't have much of a storyline at all - it all just seems directionless.
C
cat a year ago

Reply
Upvote
1 upvotes
@mamamia-user-482898552 its June's story- the title literally tells you that.  The primary focus is her journey, physically and psychologically.
They turned a 14 year old into a killer, June was tortured, the other handmaids were hit by a train and killed, she and Janine escaped Boston, June escaped Gilead (!), reunited with her family, testified against the Waterfords, and masterminded and carried out a murder,. In 10 episodes, most of which were less than an hour. How much more could they possibly pack into one season?
Resources
Very Peri
News
General
Opinion
True Crime
Politics
Sport
Explainer
Entertainment
Celebrity
Reality TV
Movies
TV
Books
Rogue
Royal
Lifestyle
Beauty
Fashion
Weddings
Home
Wellness
Health
Fitness
Travel
Food
Family
Before The Bump
Pregnancy
Baby
Kids
Teens
School
Parent Opinion
Work & Money
Money
Finance
Career
Lady Startup