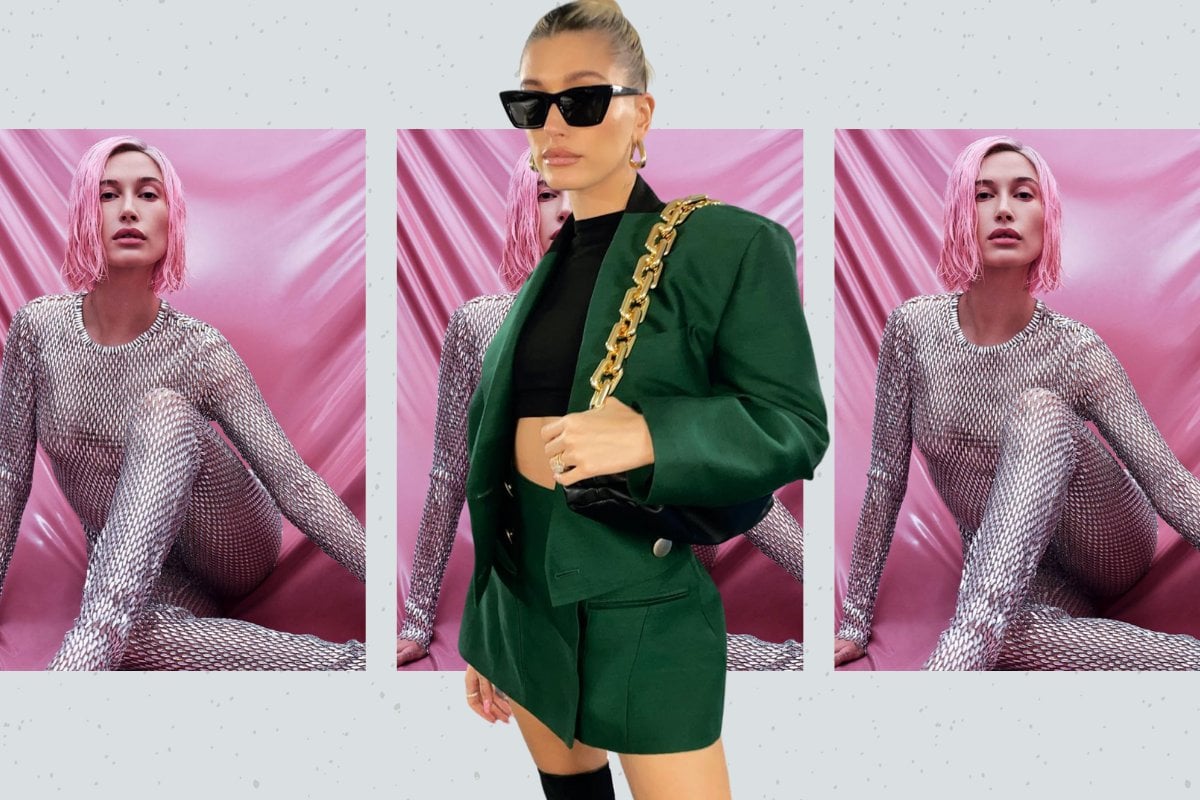 It is a truth universally acknowledged that girls who love fashion love Hailey Bieber.

The California-based model and wife of Justin Bieber has become one of Gen Z's most copied and coveted style icons, with a look that is at once completely approachable and entirely unpredictable.

It's this elusive formula that keeps people like me refreshing fan pages on Instagram devoted to her outfits, and excited to catch a rare glimpse of her on a red carpet with her husband, like at the recent Grammy Awards.

And that's the thing about Hailey - she's not the star. And she seems content with that. Which is something we're not used to, in an attention economy where everyone wants to pull the spotlight. It only makes her all the more intriguing.

So what is it about Hailey?

It could be a few things.

Side note: Listen to this episode of our fashion podcast, What Are You Wearing?, to hear what happened when I tried to dress like Hailey Bieber on a budget. Post continues below.

The child of actor-director Stephen Baldwin and Brazilian Kennya Baldwin, the 25-year-old is famously close friends with Kendall Jenner and Bella and Gigi Hadid, who all grew up in similar circumstances as the daughters of Hollywood heavyweights. The public's fascination, of course, is a side effect of their family names.

But reaching It-girl status has more to do with how they've leveraged their profiles.

Bieber is not a supermodel in the realm of the Hadid sisters, nor is she trying to be an actress. She doesn't have a reality TV show. I'm not sure I've even heard her speak.

A year ago she launched a YouTube channel, which boasts a handful of glossy, high-production videos of her road testing outfits with celebrity stylists and making cocktails with model friends like Emily Ratajkowski. 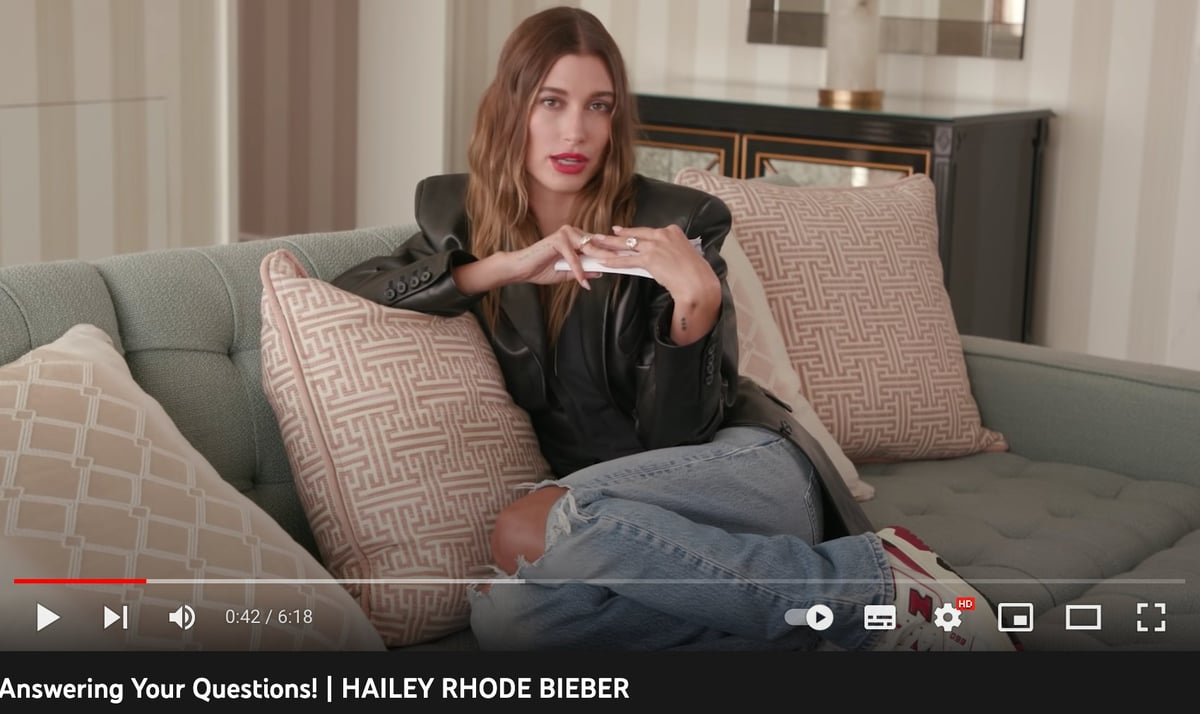 These are no doubt an effort to grow her platform and support her brand (like her soon-to-launch beauty line - more on that later), but the reason I'm not a subscriber is the same one I'm not on TikTok. I'm not here for the video content.

I don't need 73 Questions with Hailey Bieber - I'd only find myself pausing every 11 seconds and zooming in on her Nikes and her ripped jeans.

Honestly, I just want absolutely everything she's wearing, all the time.

She's a lot like Kate Moss was in the 90s, more anonymous model than mouthpiece. Moss didn't have to shout about it, she sold it to you simply by wearing it. She started trends effortlessly and nonchalantly - it was part of her charm. That's why brands employed her.

And it's why major international brands like Versace, Miu Miu, Hugo Boss, Saint Laurent and Jimmy Choo are now hiring Hailey Bieber to front their campaigns.

Her influence speaks for itself. It's global and far-reaching. And it's also very safe.

She doesn't seem to have a particular point of view (the extent of her social media activism has been sharing the mic during the BLM movement, and encouraging her followers to vote during the last American election). Which leads me to think Hailey is a woman who knows her audience, and understands her niche. This is a woman who quite literally made beige a trend.

There is a whole segment of Instagram where fashion lovers go to be anonymously inspired by other fashionable people and not to engage with their opinions or beliefs - we just want the outfits. And Hailey delivers on that, with a transactional quality that feels refreshing.

I shot a magazine cover - here, have some photos.

I took some pictures of my outfit on holiday.

This is a Bottega Veneta bag. Heart emoji. Fire emoji. I have precisely nothing else to say about it.

It makes sense she's betting on that bankability to sell us beauty products with the upcoming launch of her skincare range (yes, another celebrity line) called 'Rhode' - named for Hailey's mother's maiden name and her middle name, which is set to hit shelves this June.

In an interview with Allure magazine, Bieber acknowledges she's entering a "saturated market". Joining the ranks of JLo Beauty and Rare Beauty by Selena Gomez at this point feel like a given, but it's also a bold move being such a heavily scrutinised field. Not all succeed like Kylie Skin has before them.

That said, she almost certainly will.

I would definitely buy Hailey Bieber's cleanser, and I still have absolutely no idea why.

She's a lot like Kate Moss was in the 90s, more anonymous model than mouthpiece. Moss didn't have to shout about it, she sold it to you simply by wearing it. She started trends effortlessly and nonchalantly - it was part of her charm. That's why brands employed her.