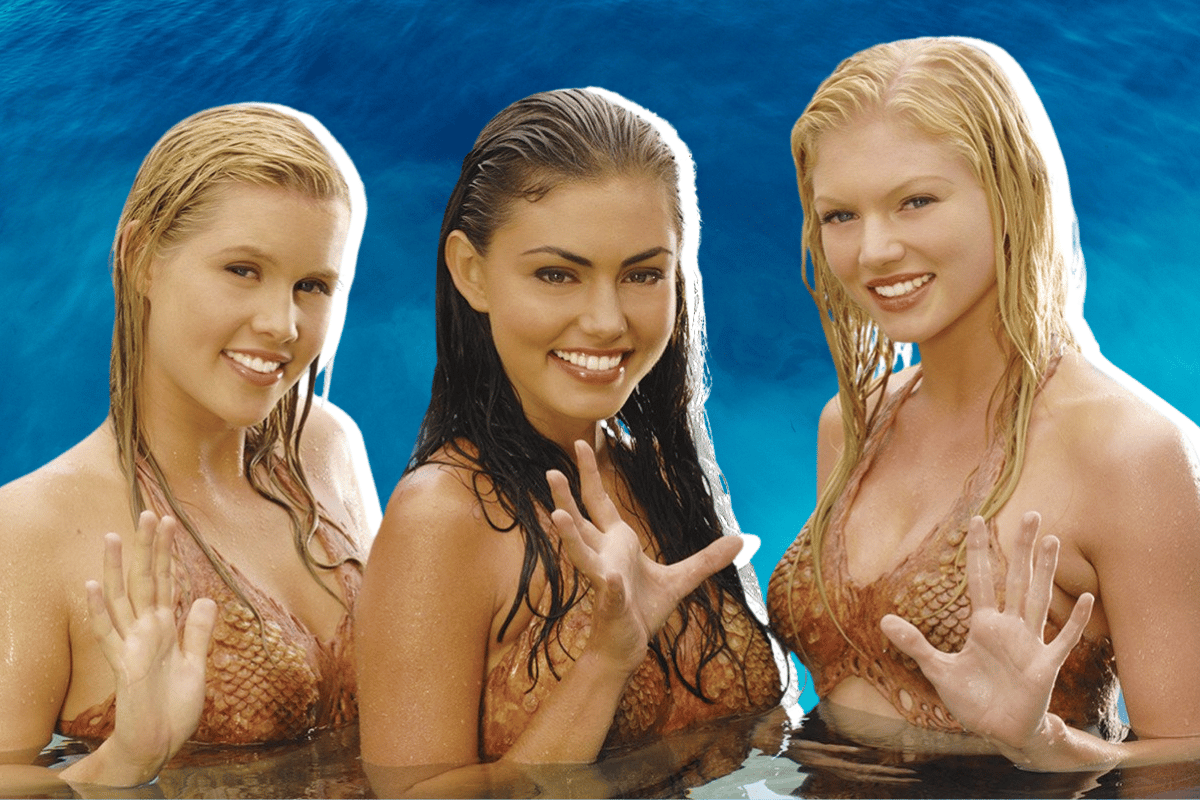 If you were born in the 90s or early 2000s there’s a good chance your afternoons were spent watching H20: Just Add Water and dreaming of becoming a mermaid.

The hit Disney Channel show followed three teenagers, Emma, Rikki and Cleo, who turned into mermaids pretty much anytime they came into contact with water.

Not only was H20 arguably one of the best childhood shows, it also helped launch the careers of Aussie homegrown actors like Phoebe Tonkin and Angus McLaren.

Watch the trailer for H20: Just Add Water and relive all the memories. Post continues below.

Now, 14 years on from the show's premiere, we decided to take a swim down memory lane and see what the cast are doing now. 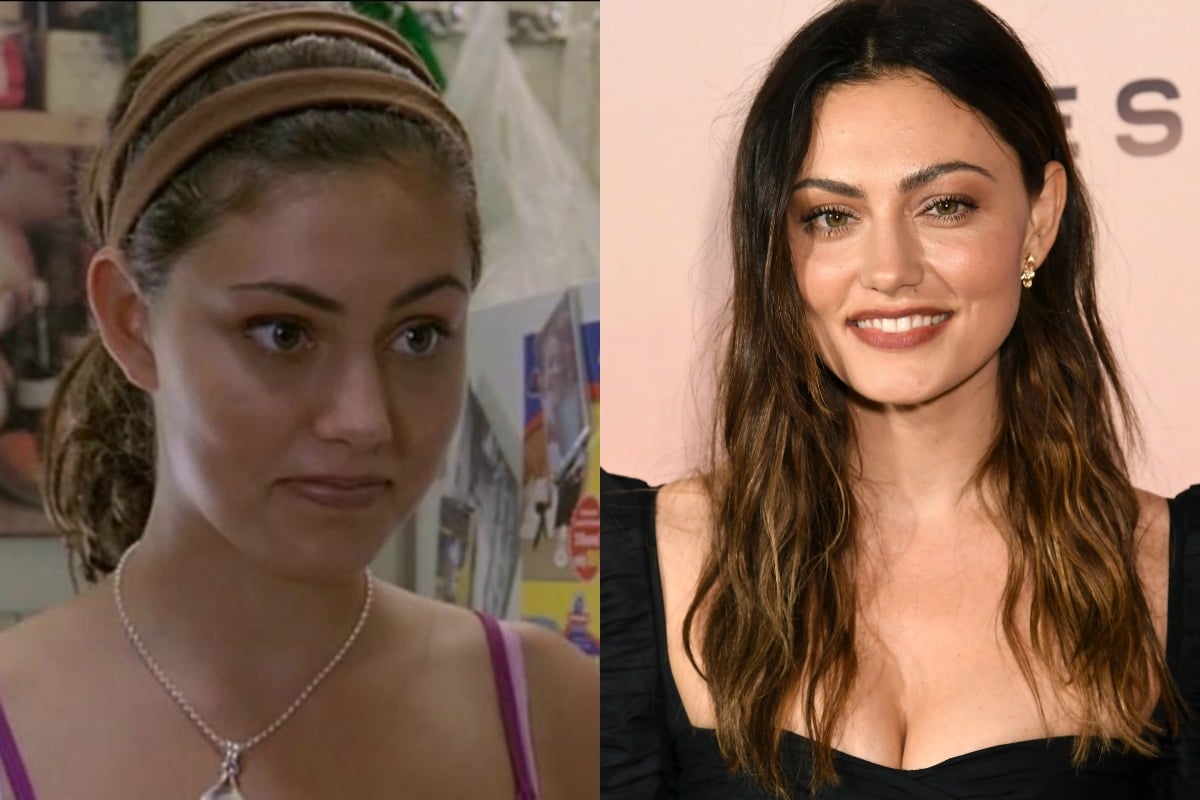 Phoebe Tonkin was just 15 when she was cast as Cleo Sertori in H20. Since then, the now 31-year-old model and actress has continued to find fame both in Australia and overseas.

After the show, Tonkin reunited with her on-screen boyfriend Angus McLaren (who played Lewis) during a brief appearance in Packed to the Rafters. In 2010, she landed a role in Home and Away and the Aussie film Tomorrow, When the War Began.

The next year she moved to LA where she continued acting and became a Chanel brand ambassador. In 2012, Tonkin scored the role of Hayley Marshall in The Vampire Diaries and The Originals alongside fellow mermaid Claire Holt (who played Emma).

Most recently, the Sydney born actress starred in Stan's drama series Bloom, which McLaren also appeared on. Speaking to Popsugar, Tonkin explained she was interested in the show as soon as she read the script.

"I got sent the script and read the first one and sent an email to my agent and was like, 'I would do this in 10 seconds, get me that job!'" she told the publication.

"Even in the first few pages of reading it, I realised it was very unique for Australia and will make a big impression that Australia is a big competitor to the rest of the world."

Outside of acting, Tonkin is dating Phantom Planet singer Alex Greenwald, who she shared a cute photo with on Instagram earlier this year. 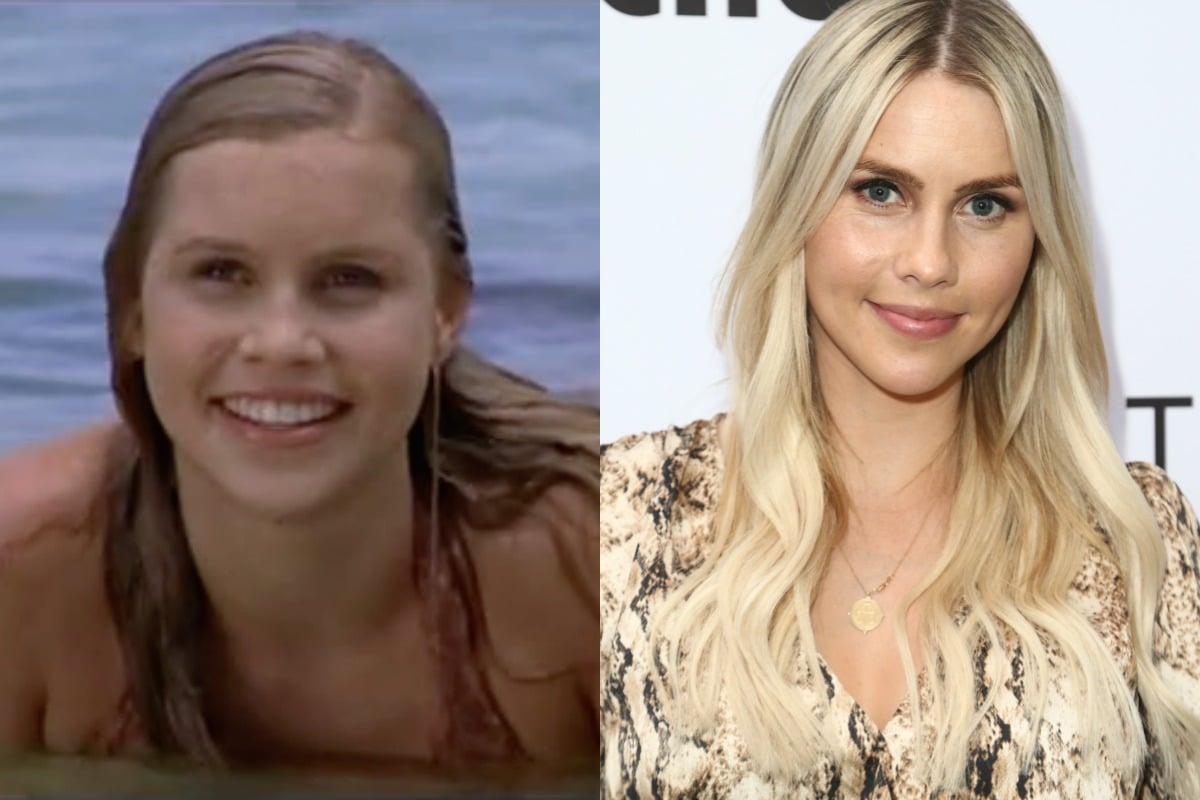 Despite leaving H20 at the end of season two, Claire Holt has continued to make a name for herself in the industry. The 32-year-old has gone on to appear in Pretty Little Liars, Aquarius and played Rebekah in both The Vampire Diaries and The Originals, alongside her mermaid bestie Phoebe Tonkin.

Outside of her career, Holt is now a married mother of two. She first tied the knot with film producer Matt Kaplan in 2016 before marrying her now-husband Andrew Joblon in 2018.

In September, Holt and Joblon welcomed their second child together, a little girl named Elle. The couple are also parents to son James, who was born in March 2019. 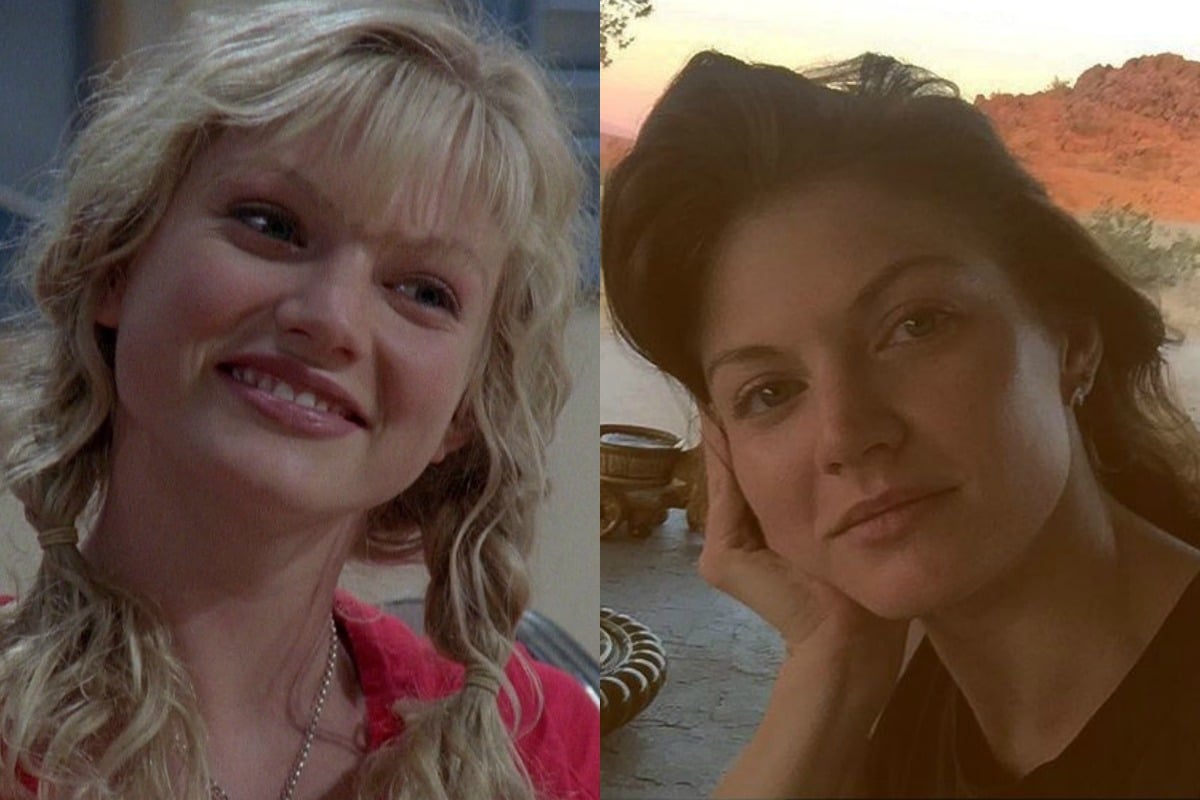 Just like her casemates, Cariba Heine has come a long way since H20. After the show, the South-African-born actress appeared in TV series like Blue Water High, Dance Academy and Hiding. She even reprised her role as Rikki in the H2O spin-off Mako: Island of Secrets in 2016.

Two years later she briefly joined the cast of another Aussie series, Home and Away. More recently the 32-year-old played Grace in the BBC One series The Secrets She Keeps.

"Loved the script, loved the character, loved the people. This is one of the jobs you don’t want to end. Honoured to pop my head in for a few eps to work with this buffet of talent," Heine wrote on Instagram. 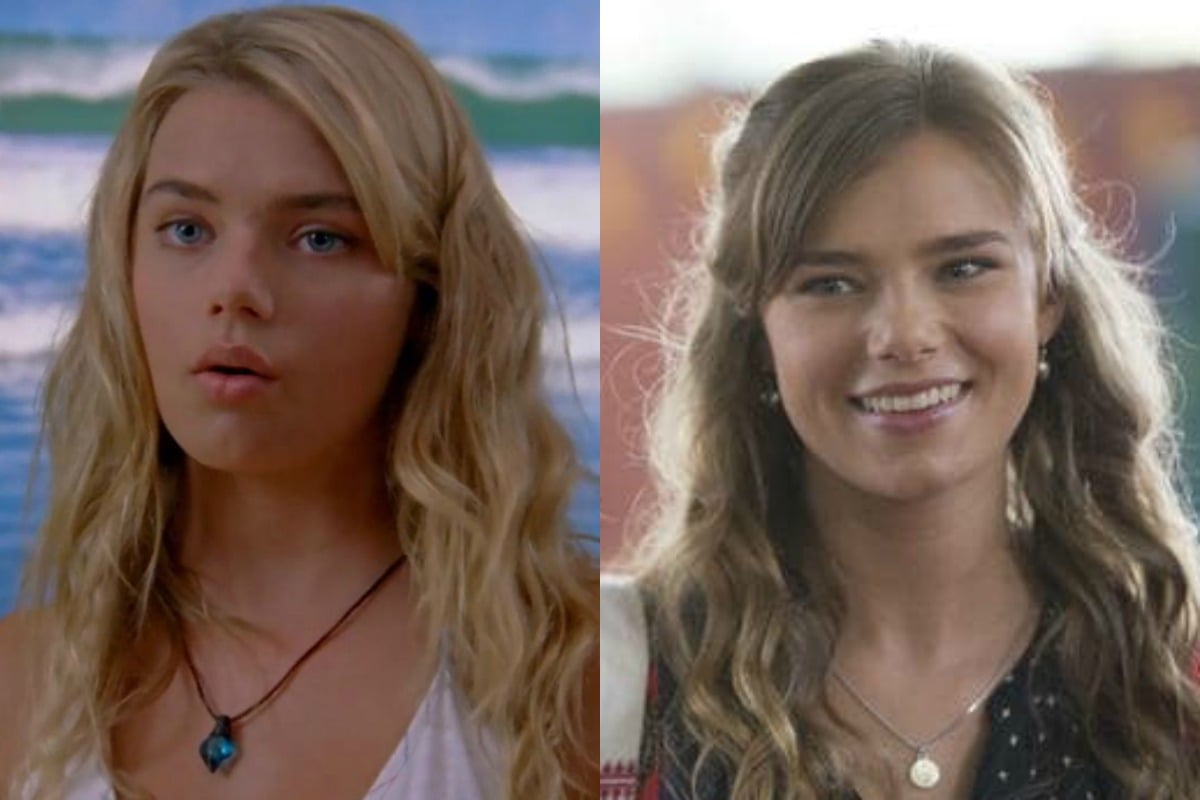 Indiana Evans joined the cast of H20 in the season three as Bella Hartley. Before the show, she had a four-year stint on Home and Away, where she played Matilda Hunter. After H20 ended in 2010, Evans landed roles in TV series Brownies and Secrets and Lies, as well as the 2012 film Blue Lagoon: The Awakening.

In 2015, she made a brief appearance in House Husbands, where she played single mother-of-two Tash who caught the attention of Firass Dirani’s character.

“I was worried that they [the child actors playing her on-screen children] wouldn’t like me and wouldn’t like doing the scenes with me, but they were awesome and we got along really well together.”

That same year, Evans appeared in TV series Ash vs Evil Dead. But the 30-year-old hasn’t been seen in anything since. 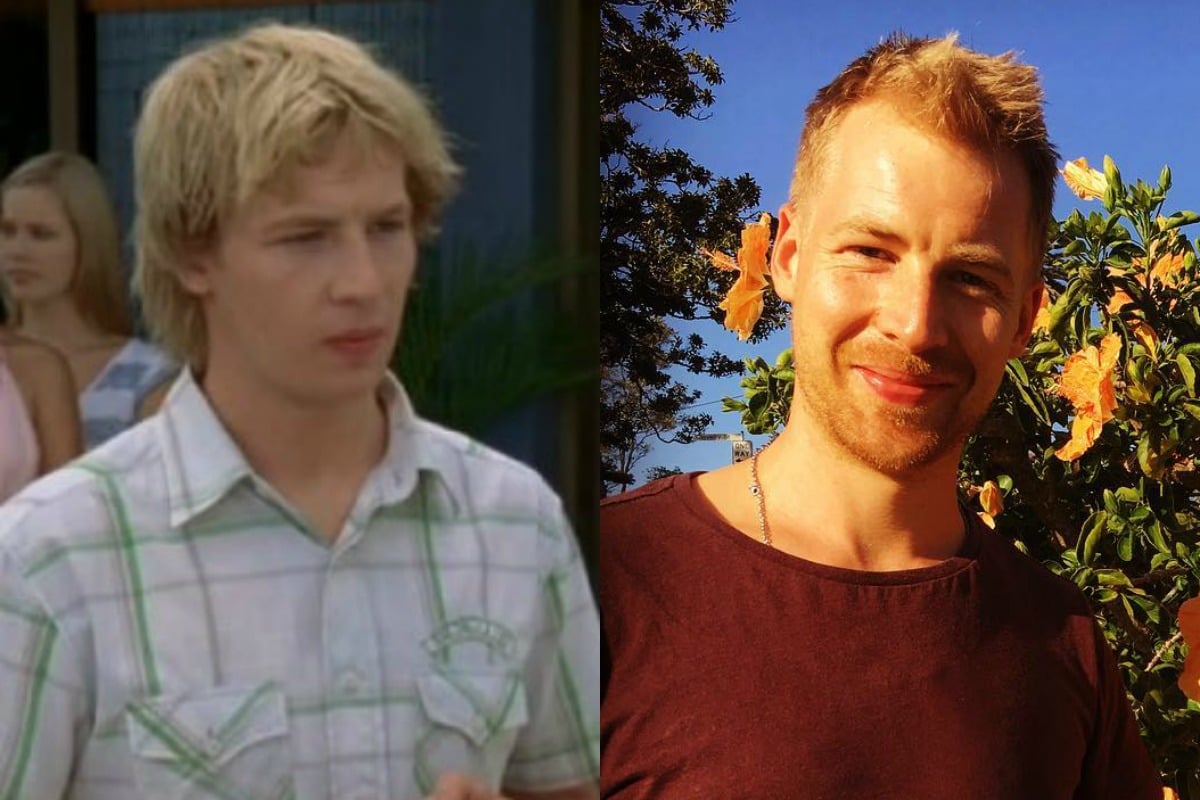 After playing the lovable Lewis McCartney in H20, Angus McLaren won over audiences again when he landed the role of Nathan Rafter in Packed to the Rafters. After Rafters ended in 2013, McLaren pursued further study and undertook a three-year acting course at Perth's prestigious WA Academy of Performing Arts (WAAPA) in 2014.

Four years later, he scored himself a recurring role as Summer Bay local, Lance Salisbury, on Home and Away.

More recently the 32-year-old made a brief appearance in Stan's mystery series, Bloom, where he plays Young Frank. He's also set to appear in the upcoming Back to the Rafters reboot.

Outside of acting, McLaren is dating fellow actress Anneliese Apps, who he met while studying at WAAPA. Fun fact: Apps is the niece of The Morning Show's Larry Emdur. 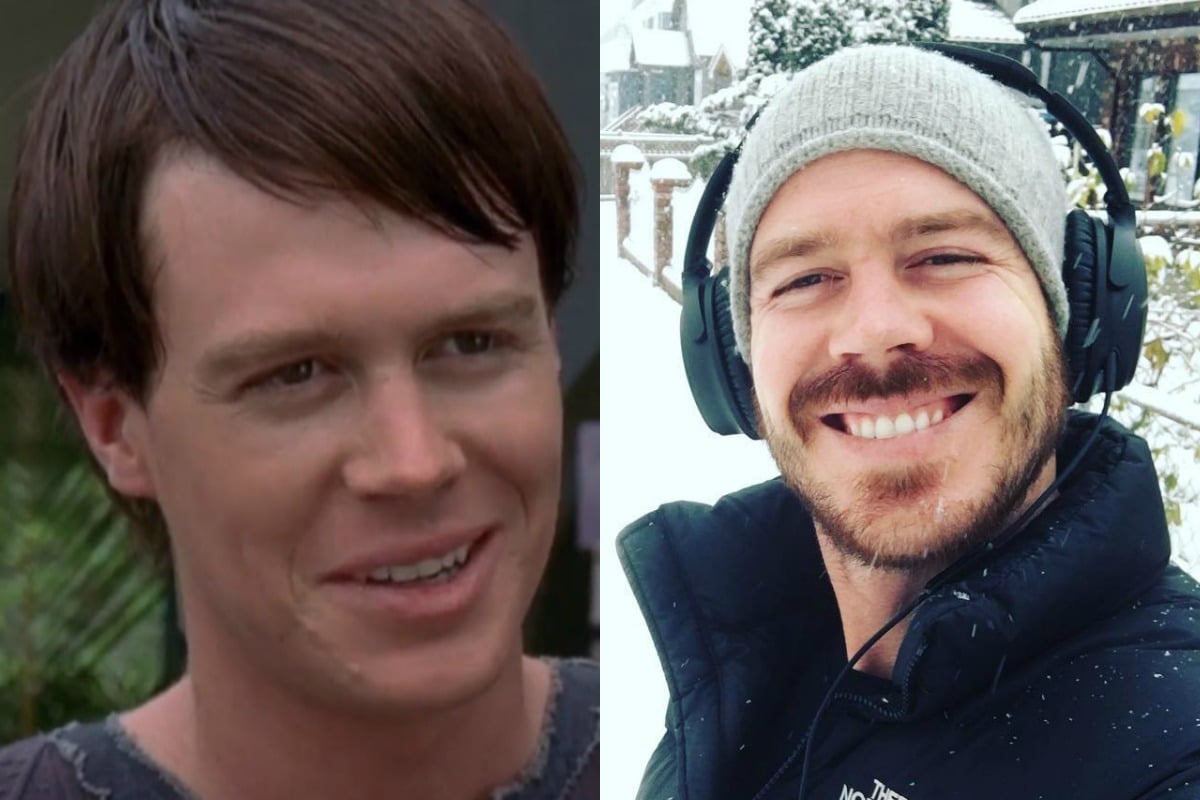 Burgess Abernethy played ‘bay boy’ Zane Bennett (who we all secretly had a crush on). Since H20, he’s made brief appearances on Home and Away, Dance Academy and Peter Allen: Not the Boy Next Door. But his most notable role has been playing Prince William in the 2018 film Harry & Meghan: A Royal Romance.

"I'm not a dead ringer for him [Prince William] that's for sure," Abernethy told TMZ. "I hoped that I embodied his spirit and I tried to portray his journey as best as I could."

The 33-year-old also explained that the costume, makeup and accent helped him transform into the role.

"The accent was another big transformational part… we had a very good dialect coach. It was my version of Prince William." 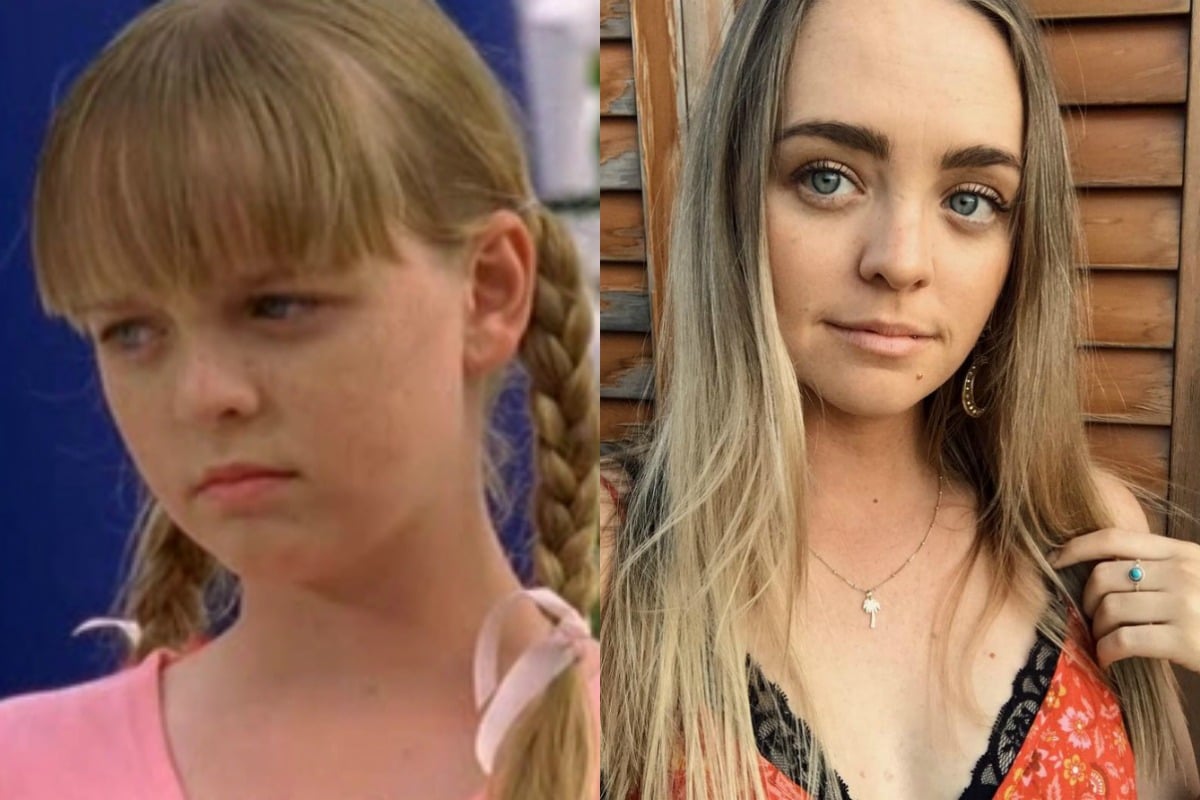 Cleo Massey is no longer the little kid you remember her as. The 27-year-old is now engaged to her partner Luke.

Massey shared the exciting news on Instagram in October.

“He liked it, so he put a ring on it. On Friday my best friend asked me to marry him while at our fav little spot. My cheeks still hurt from smiling,” she captioned the post.

And we don’t know about you, but her ring is giving us serious mermaid vibes.

Since H20, Massey has landed roles in TV shows Stage Mums and Cursed, and is also set to appear in the We Were Tomorrow series. 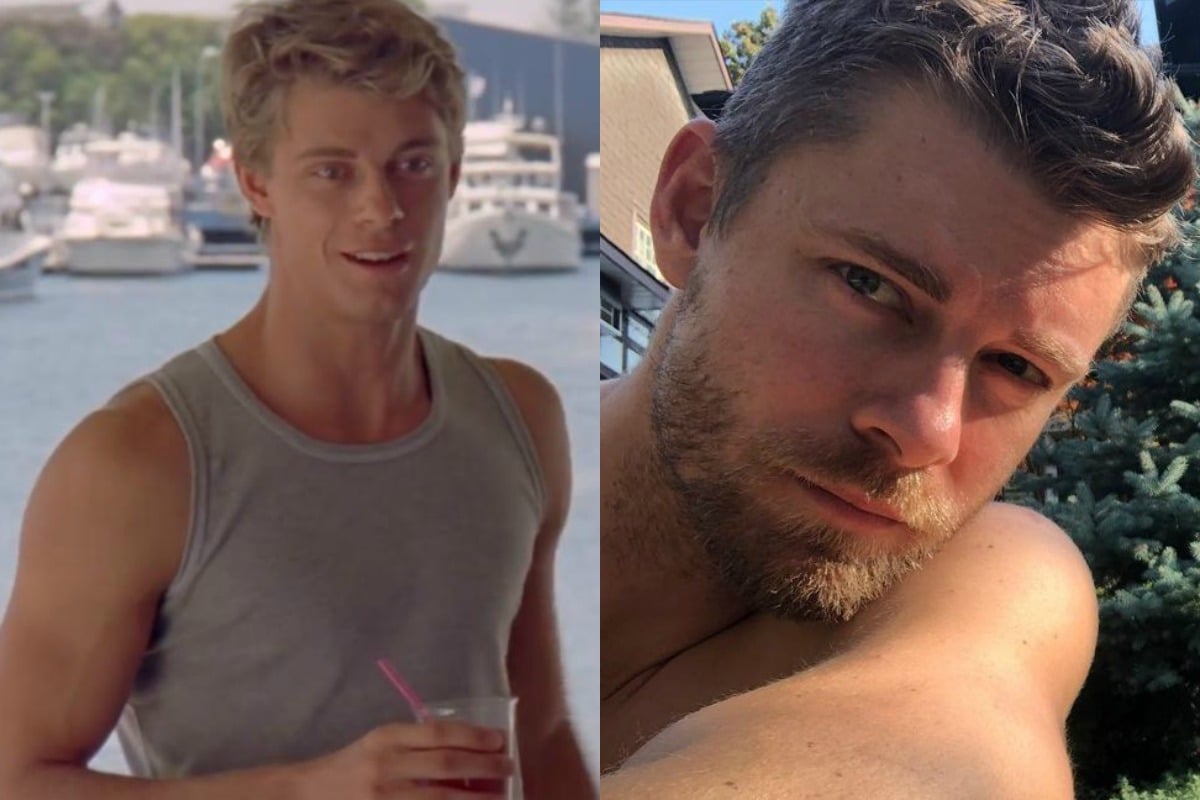 14 years on, Luke Mitchell is still very much a heartthrob. After H20, Mitchell landed the role of Romeo Smith on Home and Away, which saw him earn a TV WEEK Logie Award for Most Popular New Talent in 2010. The show also led him to meet his wife, Aussie actress Rachel Breeds.

"It's another aspect of Home And Away that makes it so special," Mitchell told TV Week last year. "We certainly spent most of our relationship on the show. And when I finally finished, we were engaged, and then we got married, and then we moved overseas."

The 30-year-old has also starred in U.S. series Agents of S.H.I.E.L.D, Blindspot and The Code.

"These last 10 years have kind of just flown by," he told the publication. "But Home And Away has set it all up. I learnt so much from that show. I grew as a person, as an actor, as a professional. It has a very special place in my heart."

The actor also credits his success to his wife.

"I don't think I could have done what I've done overseas if it weren't for Bec,"  he said. "I'm a very lucky guy." 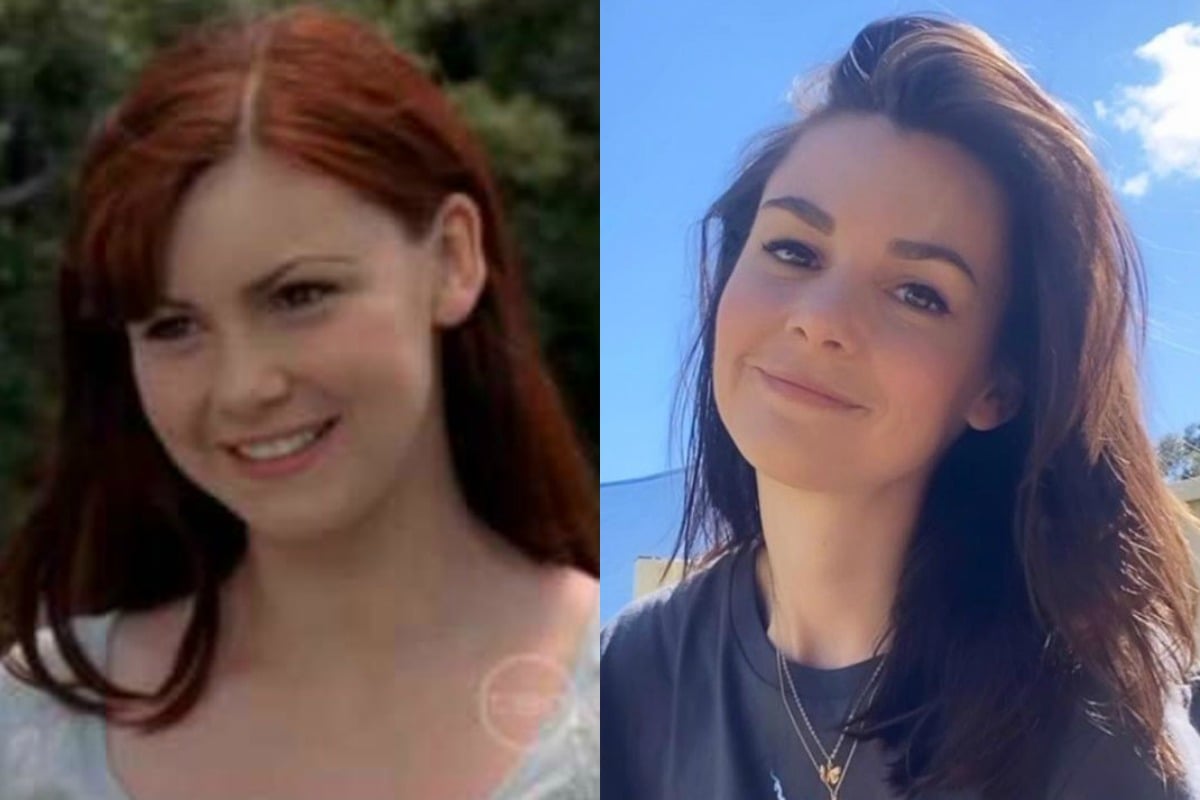 Brittany Byrnes played new girl Charlotte Watsford, who you'll no doubt remember for meddling with Cleo and Lewis' relationship.  Byrnes continued acting after H20 and appeared in Wonderland, We Are Darren and Riley and children's TV show Toybox.

These days she keeps herself busy with dance and works as a choreographer.

Who was your favourite character from H20? Let us know in the comments below.