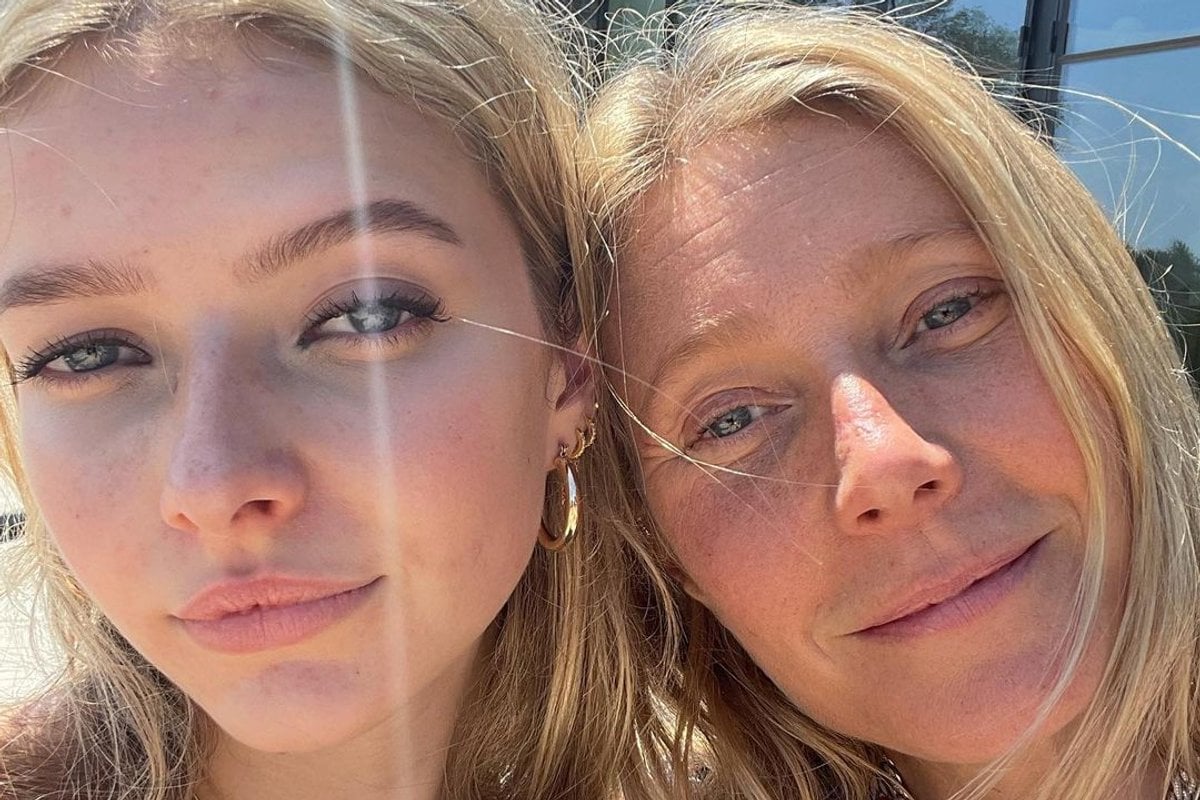 During an interview on the Armchair Expert podcast this week, Gwyneth Paltrow told host Dax Shepard how she almost died giving birth to daughter Apple 17 years ago.

"I had two caesareans," Paltrow explained.

"My daughter was an emergency, and it was crazy. We almost died, it was not good."

It's not the first time Paltrow has opened up about the arrival of her first child.

"It's amazing because it was a whole new feeling that I had never experienced," she shared.

"The best way I can describe it is the most madly in love you have ever been mixed with the most painful heartbreak of all time."

Paltrow shared that she was in labour for over 70 hours before giving birth.

"We started having some trouble, and they had to do an intervention," she said.

"It was a traumatic experience. I won't lie. But it was worth every minute. It's amazing."

Further reflecting on that time in her life on Armchair Expert, Paltrow shared how she experienced a type of 'weird grief' after the two c-sections that forever changed her body.

The actor added that she feels grateful that she didn't have to deal with social media when her kids were born.

"Thank god there wasn't Instagram around when I had babies," she said.

"If I see someone [post], 'I just gave birth two weeks ago, and I have a completely wash-board stomach', I'm like wow that's not what I experienced. And now we're being fed all these images of what we're supposed to look like all the time; babies, no babies."

The 49-year-old also reflected on the tremendous pressure women are under when it comes to motherhood.

"I just think that women really need to be friends with each other," she explained.

"And all the judgement around how you have a baby, do you breastfeed, do you not... are you going to work, are you not going to work? It's like - whatever it is [that you choose to do] - it's okay."

In recent years, Paltrow has been open about her blended family.

Speaking to TV personality Rachael Ray in January 2019, Paltrow shared that she is 'mortifying' to her children.

She also famously called her children 'd*cks' live on the Today show in September 2019.

"They’re really coming into themselves. They’re hilarious. They’re smart. They can talk. They can sort of muse about things - it’s the greatest," she said. 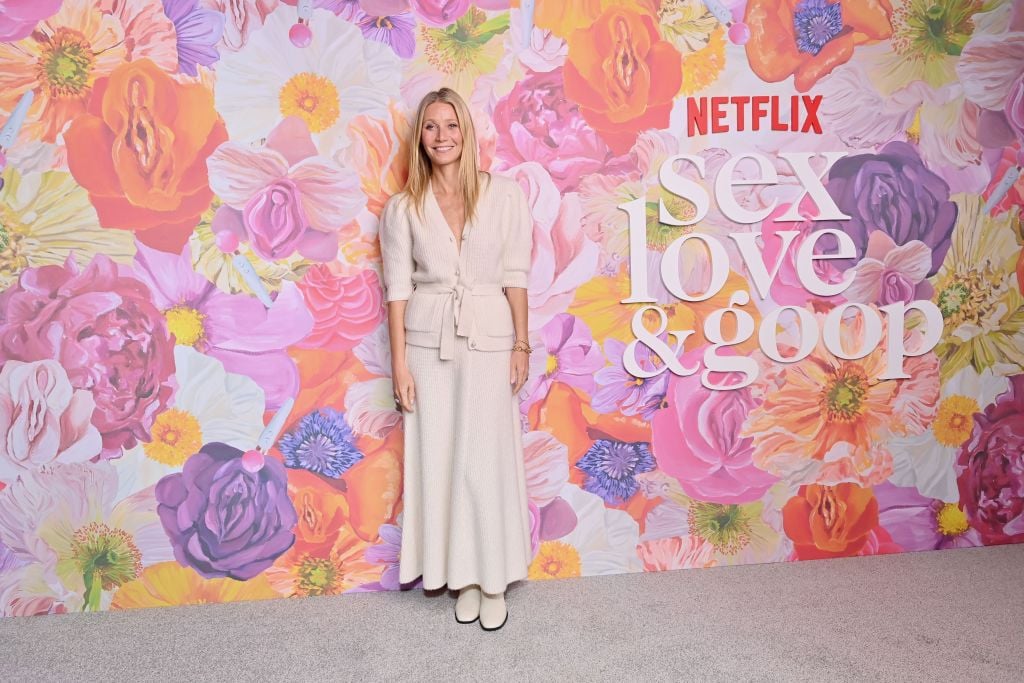 Behind Paltrow's honest and often funny accounts of parenting, her Instagram posts show just how close she is to her kids.

For National Daughter Day, Paltrow shared a photo with Apple, writing: "Oh man do I love you".

For National Son Day, she also shared a photo of Moses, referring to her son as a "total heart melter".

Season 1 of Sex, Love & Goop is on Netflix now.