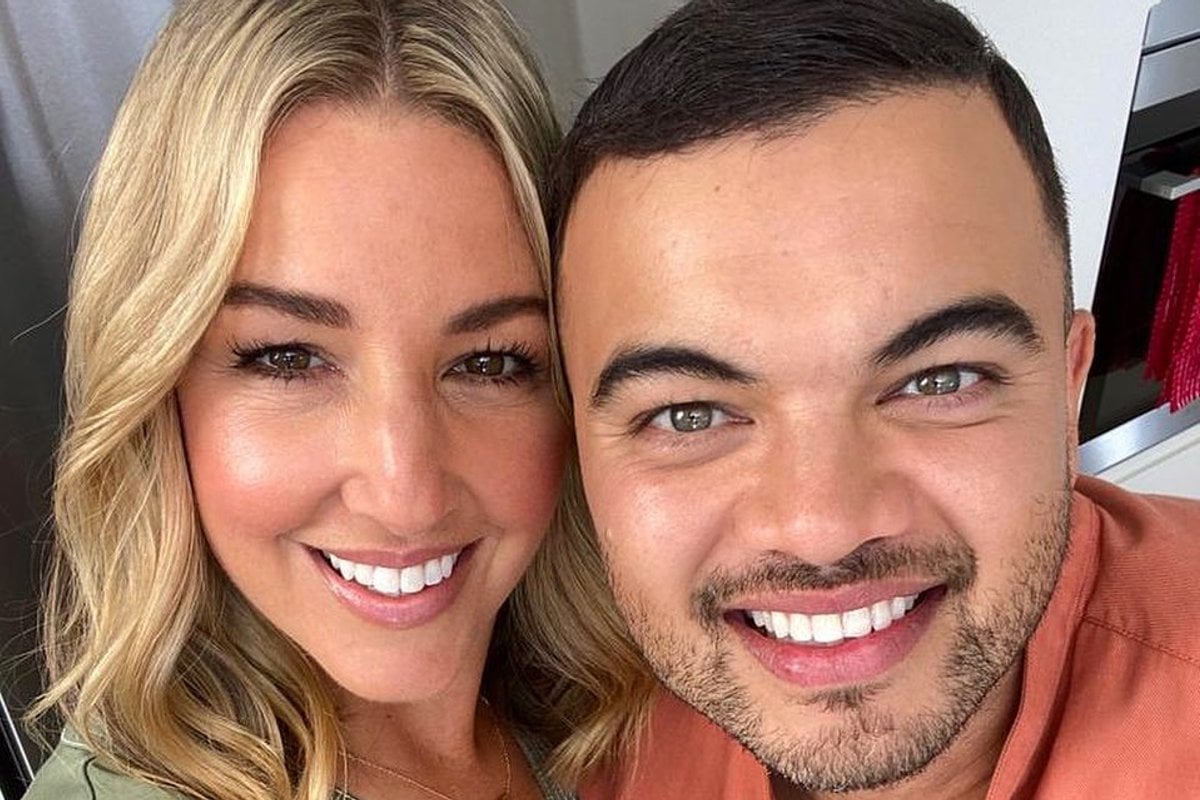 Guy and Jules Sebastian are one of Australia's most famous couples.

Guy, who won Australian Idol in 2003, is one of the country's leading male artists, while Jules is a television presenter, stylist, and now, an author.

But long before the pair were catapulted to fame, Guy and Jules' relationship started from humble beginnings.

Speaking to Mamamia, Jules shared that she first met her now husband when she was roughly 12 years old.

At the time, the pair both sang at a local church choir in their hometown of Adelaide.

But although Jules had known Guy throughout her childhood, it wasn't until years later that she truly "noticed" him.

"We were very young when we first met, but it was definitely not love at first sight," she admitted.

"We were in amongst our group of friends and I knew who he was and I knew he was around but I never really noticed him until we were asked to sing together at a mutual friend's wedding," she continued.

"I called a rehearsal at my mum and dad's house where I was living at the time, and he came over, and it was the first time that I actually noticed him. I wouldn't say that I was like head over heels, but I was like, 'Oh, you're kind of cute. I've never really noticed you before.'

"We practiced, did the wedding, and then literally from that day forward, we were pretty inseparable. We became really good friends for about a year or so, until it turned romantic."

In 2003, in the early years of their relationship, Guy and Jules both auditioned for the very first season of Australian Idol. 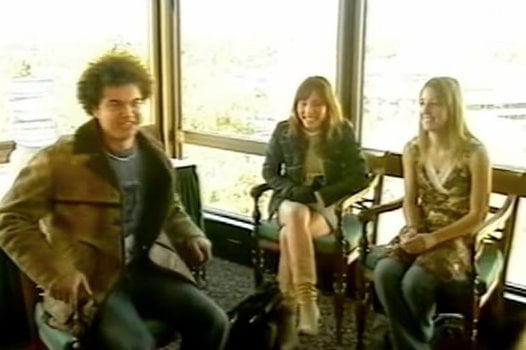 After making it through the auditions process, Guy won the entire show on November 19, 2003, gaining a recording contract with BMG.

Suddenly, Guy and Jules' quiet lives in Adelaide were turned upside down.

For Jules, the sudden change in their lives certainly came with its challenges.

"We lived in separate states for about two years. I was still in Adelaide, and he was in Sydney. And so that was a challenge for sure," Jules told Mamamia.

"I ended up moving to Sydney, and that was probably when I had to navigate a bit more of the normal day-to-day life in the life of Guy Sebastian, I suppose, and just figuring that out," she added.

"I did take a lot of lead from [Guy] and watching him. I just saw that he was the same person as when he lived in Adelaide and none of this was going on. He was treating people exactly how he had always treated people... and so that gave me a lot of confidence to just be myself [in the public eye]."

In 2007, after eight years of dating, Guy and Jules became engaged.

They later married in Manly, New South Wales in 2008.

But while they were on their European honeymoon, Guy and Jules' lives changed again when they received a phone call from home.

Want to hear more from Jules Sebastian? Check out this episode of You Beauty where she tells us everything that's in her makeup bag.

Jules' big brother, Andrew, a father-of-two, had taken his own life.

It's an experience that Jules reflects on within her new book, Tea & Honesty.

"I think the thing that I've learned about grief is that it doesn't really end. And I don't think we should expect that of ourselves," Jules told Mamamia.

"It seems like a sad thing to say, but I also think it's quite beautiful. There's honour in leaving room for grief."

Grief is one of the many life experiences that Jules touches on in Tea & Honesty.

Guy and Jules are parents to two sons, Hudson, eight, and Archie, six.

Between juggling work commitments and her two boys, Jules shared within the book that she has struggled with mum guilt in the past.

"It's a really big emotion to work through because as a woman, you want to be able to do it all. You really want to wear all the hats and wear them all well," Jules told Mamamia.

"[I have managed mum guilt] by doing what I needed to do and what was right for my family at that time. Whatever feels right and whatever is working in that moment, then I do that," she continued.

"Some days, you know, I feel like I've taken too much on and I'm putting too much into my day. And other days, it feels painless and easy.

"I think you just have to not put the measuring stick up against what anyone else is doing in their family. I have friends who do it all sorts of different ways. Friends that work corporate jobs full-time with kids, friends that took time off to be at home with their kids. There's no right or wrong to do it as long as it's right for you."

Looking back now on the early days of motherhood, Jules recalled what it was like returning to work after becoming a first time mum.

"I just thought I was doing everything wrong because I was working too much or I wasn't working enough or I wasn't spending enough time with the baby," she shared.

"I signed up to do a television show a few months after Hudson was born so I was learning new skills and doing a new job, so to speak. I hadn't been on television before, so I was navigating all of those things, but I was also coming off set and then figuring out how to be a first time mum.

Now, amid the launch of her debut book, Jules hopes that readers will see themselves in her stories.

"My story is different to everyone else's story. Everyone's on their own path. But I think we all share common feelings in life," she said.

"I hope that this book will make people feel less alone in their experiences in their lives. And just know, we're all in this together, we're all just trying to figure this out. None of us will have all the answers but we can learn from each other."