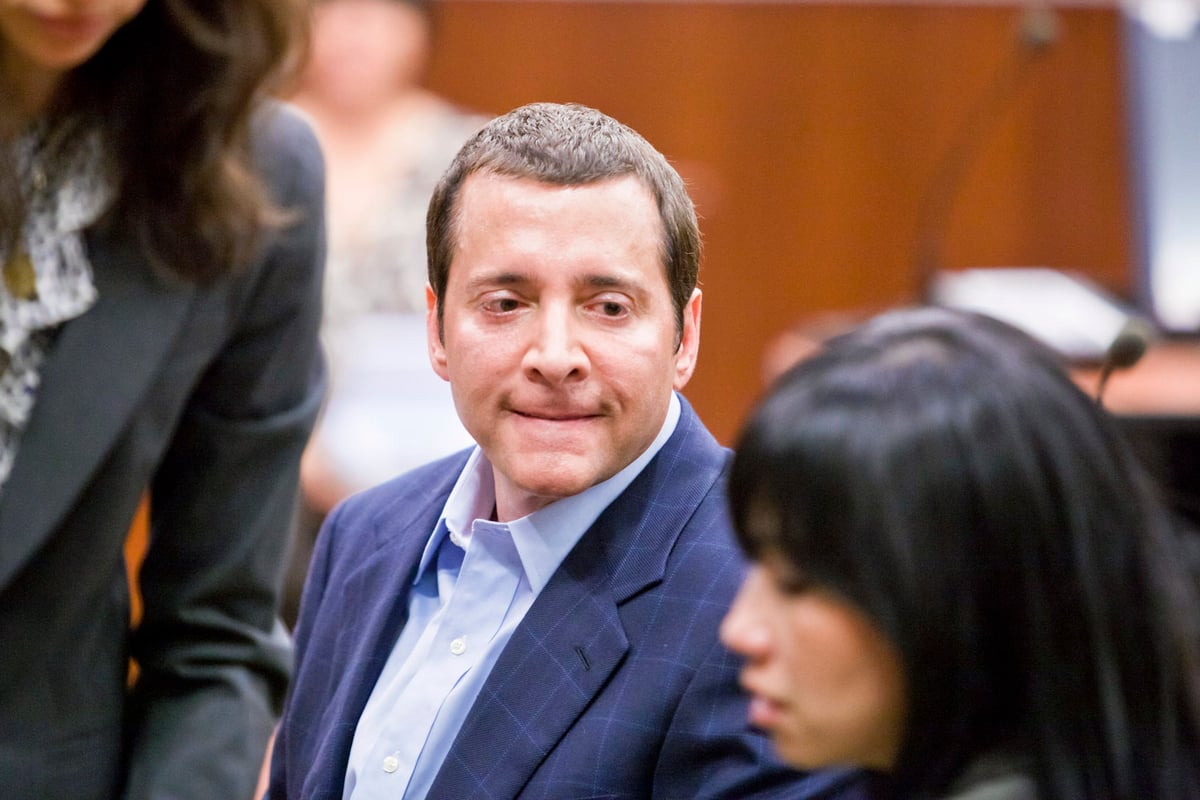 In 2009, 50 people attended a "Spiritual Warrior" self-help retreat in the Arizona desert.

Led by guru James Arthur Ray - who appeared in the film The Secret and wrote a number of popular self-help books, including The Science of Success - the retreat cost roughly $10,000 to attend.

Throughout the five-day retreat in the Red Rock Canyons of Northern Arizona, participants – who were predominately high-achieving professionals – were encouraged to achieve a breakthrough in their thinking by undertaking limit-pushing exercises.

Watch the trailer for new Wondery podcast Guru below. Post continues after video.

By the end of the retreat, three people were dead.

At the time of the Arizona retreat, Ray was exploding into the spotlight, becoming a major figure in the self-help space with appearances on Oprah and Larry King Live.

Describing himself as a "thought leader", Ray's movement largely focused on 'The Law of Attraction', which is the belief that people can "attract" things into their lives through the power of their thoughts.

While the movement may sound relatively harmless at face value, Ray's events were known for being risky and particularly intense.

At one event in Hawaii in 2008, several attendees reportedly "full-on" broke their hands after Ray told them to punch through a brick.

On another occasion in San Diego in 2009, a woman who attended a seminar hosted by Ray fell to her death at the Horton Plaza Mall after she was instructed to spend a day pretending to be homeless.

"We put grease in their hair and dirt on their face and we dropped them off on a bus in downtown San Diego, where they would walk around and try to survive or thrive as a homeless person," Melinda Martin, who previously worked with Ray, told ABC.

But it wasn't until the October 2009 Arizona retreat that Ray's practices were truly brought to the public's attention. 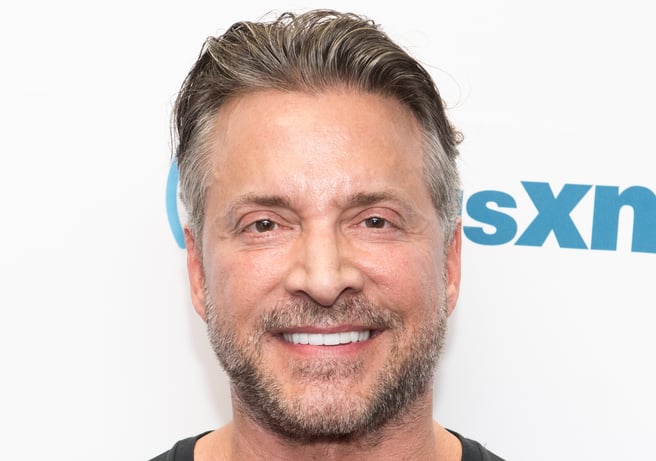 At the retreat, which promised "personal transformation", Ray's devotees completed a series of exercises to take their lives "to the next level".

The exercises included shaving their heads, fasting (including not drinking water), and a The Last Samurai-inspired game, which involved participants learning how to kill themselves in the way of the samurai.

On the last night of the retreat, the participants took part in a Native American-inspired sweat lodge ceremony.

The ceremony involved the attendees gathering around a pit of hot rocks in a tent where temperatures reportedly exceeded 90 degrees.

Upon entering the tent, Ray told participants that the "intense heat" would make them "feel like you're going to die".

Brian Essad, an attendant on the night, recalled seeing Ray dump water on the hot rocks.

"I just remember almost seeing the steam just kinda roll. And it was just, it was like inhaling fire," he told ABC.

"I mean instantly difficult to breathe, 'cause I'm not used to breathing fire."

Listen to Mamamia's daily news podcast, The Quicky, below. Post continues after audio.

As the heat in the tent intensified, a number of participants began to stream out of the tent in a panic, with some people collapsing.

When one woman collapsed, participant Brandy Amstel recalled she was told to stand back.

When another woman, Kirby Brown, was having trouble breathing, it took 20 minutes for staff to respond, as Ray ignored calls for help. By the time she was finally taken out of the searing hot space, she was unresponsive.

As Melinda Martin, a worker, performed CPR on Brown, Ray simply watched on.

"I look up and he's standing right over my head watching. He's watching from a stand-up position. He didn't offer to help. He didn't say anything. Nothing at all," she told ABC.

Kirby Brown and another participant, James Shore, would die after their sweat lodge experience. They were both 40 years old.

Another woman, 49-year-old Liz Neumann, died after being comatose for a week following the incident. 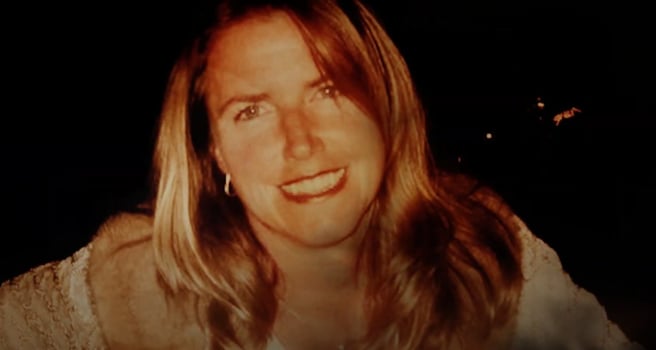 A further 18 participants were hospitalised for burns, breathing problems, kidney failure, and dehydration. It's reported the participants had gone two days without water before they began the sweat lodge experience.

When police arrived at the Spiritual Warrior camp, they immediately thought it was a cult, and a mass suicide incident.

"I remember as I was driving down there I could see this large dome covered in tarps, and I begin noticing women with their heads shaved walking around almost in a daze," Detective Ross Diskin told Oxygen’s Deadly Cults podcast.

"I thought 'This has got to be some kind of cult.'"

After exiting the ceremony, Ray reportedly seemed nonchalant about the situation.

But when he was questioned by police, he refused to cooperate, choosing instead to leave the state within hours.

In an interview in 2013, Ray later told journalist Piers Morgan that he had left the scene because he "was scared".

What happens when a self-help guru pushes it too far? #Guru: The Dark Side of Enlightenment premieres 7/1. Subscribe & listen to the audio trailer today.

The 62-year-old also settled civil lawsuits with the victims' families for more than $3 million.

In recent years, Ray has attempted to rebuild his career and return to public life, releasing a new book in 2018.

"It was my lodge. It was my event. It was my choice to do a dangerous activity, and so therefore, as a leader – which the new book The Business of Redemption is all about leadership – as a leader when something goes wrong in your entrepreneurial business or in your large corporation, there’s one person who is in the crosshairs and one person who is responsible," Ray said.

Now, the infamous sweat lodge incident is being revisted in a new Wondery podcast, which delves into the story of James Arthur Ray and "the dark side of enlightenment".

You can listen to Guru on Apple Podcasts or Spotify now.

Reply
Upvote
James Arthur Ray was guilty of gross negligence and had clearly not received proper training.  This is an issue with many "new age" entrepreneurs.
Also I feel that when spiritual rituals become part of money-making ventures, duty of care often flies out the window.
I have nothing against charging for services, but $10000? Really?
I ran sweat lodges for 25 years without mishap and charged $75 for what was often a full day process. Proper training is essential, especially with processes like the sweat lodge that are meant to push participants outside of their comfort zone.
The safety net must be handed to the participants themselves, and not controlled by the facilitator. If someone needs out, they simply must be allowed to leave. This encourages participants to set their own boundaries and be responsible for themselves.
If that is taken away it is likely that the facilitator is a dangerous control freak.