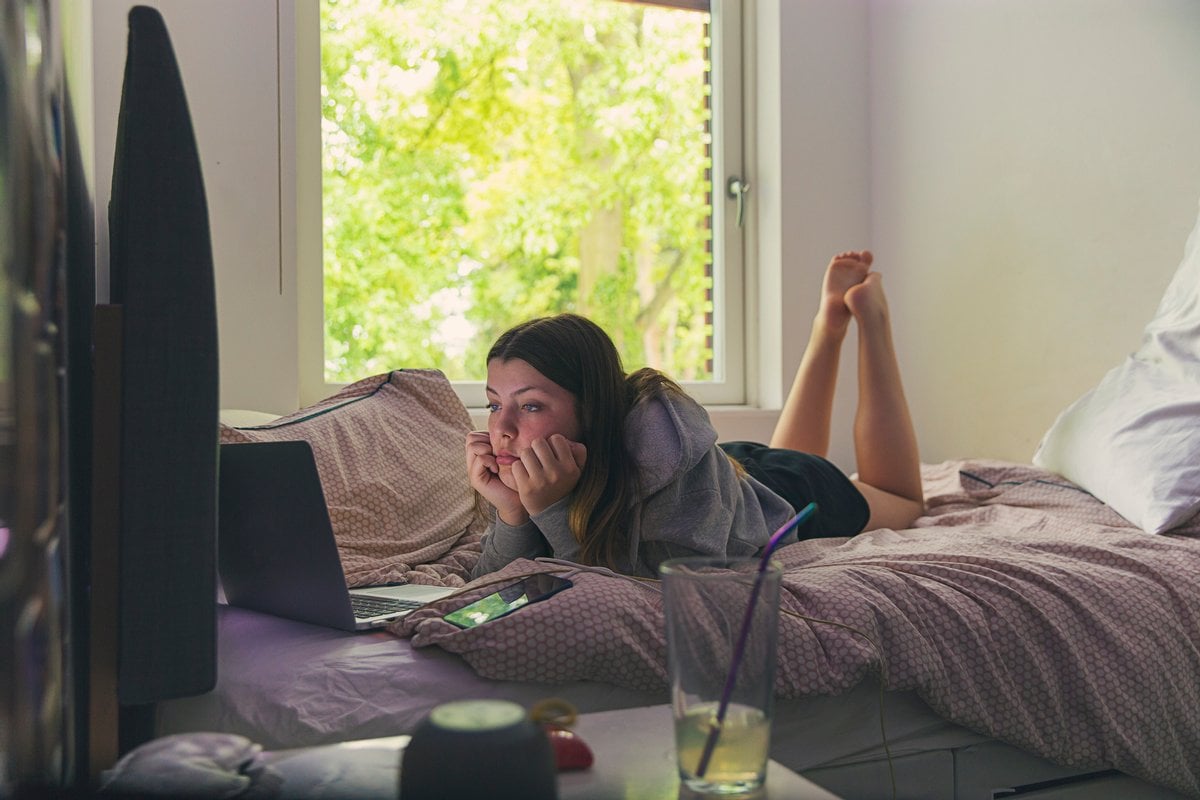 This article was written by a 26-year-old from a small town in the North West of Melbourne who wishes to remain anonymous. She is finally re-attempting tertiary studies after dropping out due to the circumstances mentioned in the article. She also currently finds herself happy in a same-sex relationship, after years of therapy and hard work, and working with children with special needs.

Year 12 is hard enough for Australian students, without the extra intensity of mental health problems. I don’t know why or where my anxiety and depression came from, but I was finding it more and more difficult to stay in class and concentrate.

My friend was the first to notice the marks of self harm on my arms and legs, despite my best efforts to hide them. She did the right thing, what anyone in her position would do as a 17-year-old at school with concern - she went to a trusted teacher.

He and his wife had been teaching at the school for years, since my parents had attended. He also happened to be my English teacher. Both he and his wife were well known for being the best of the best. I looked up to him with true infatuation and respect, like a father or a favourite sports coach.

When he came to me with my friend’s concern, he was respectful, solemn, and seemed to exhibit genuine care for me. Little did I know he had ulterior motives.

I began to notice something was ‘off’ when he confessed to me that the idea of helping me through my troubles had ‘saved’ him from the brink of despair. He began keeping me back after classes, insisting I keep my books out to ensure prying eyes didn’t ask too many questions. You know, for my privacy.

Then the emails started to get stranger, turning into poems of love and desire. Our relationship, to him, was a story about young forbidden love.

I remained confused, yet optimistic, assuring myself that he had merely meant to flatter me. The volume of the emails increased, always checking in on how I was, sometimes at 3am on a school night. I was overwhelmed, I had never had someone ‘care’ about me in that way before.

Then it became even stranger.

He invited me away with him on a school day. My curiosity and incessant need to do what he told me had peaked, yet a gut feeling told me this was a bad idea. He must have sensed my worry. He told me that if I ever thought of him as ‘yucky’ or ‘gross’, it would most certainly send him back to the dark place.

I now realise this was to ensure that I allowed him to do what he had wanted to do all along.

It is still hard to talk about the next part.

He began slowly conditioning me to accept his touch. First on my hands, then each time graduating further, finally on my thigh. He was calculated, incredibly careful, chose rooms with no windows, or obscured views.

I now understand these were all just tests for the final acts, all part of the grooming process.

I won’t go into the abhorrent details, but from there he had trained me enough to sexually abuse me on numerous occasions, without me even flinching.

Little did he know I had, in fact, trained myself, for I was concerned that if I didn’t allow him to do what he wanted, that I would hurt his feelings and send him back to the ‘dark place’.

My friend, the same friend who had tried to help in the beginning, noticed I was only getting worse with anxiety and self-harm. At this point I had only disclosed to her the amount of emails he had been sending, and this was enough to increase her worry. We agreed to consult the school wellbeing officer for advice on how to disengage from him. Of course, the wellbeing officer became immediately alarmed.

From there I had no control over the preceding events. I never told anyone at the time, however, about what he’d physically done to me, I was much too afraid and embarrassed.

It was my fault after all, right? I hadn’t said no, how could I blame him?

When I started to believe I had got him in trouble, the first thing I did was rush to apologise. Yes, I apologised to my abuser, fearing I had ruined everything for him. And not only that, to his wife weeks later. He was oddly calm; which I now realise was because he believed he had done a good enough job in grooming me to know that I would not speak about what had physically happened.

Thankfully, I had the emails to back up the story I had told.

The guilt, however, hung over me like a black cloud, following me for years to come.

I feel differently now, but it has taken a great amount of time, therapy, medication, and talking.

What I’ve learnt most is to follow my gut feeling. It’s almost always right. And unfortunately, not all help is good help.

Reply
Upvote
This sounds scarily familiar, all down to the details. I think I know who this teacher is. Sending love to this woman. I hope he ended up getting into real trouble.
msd 3 months ago