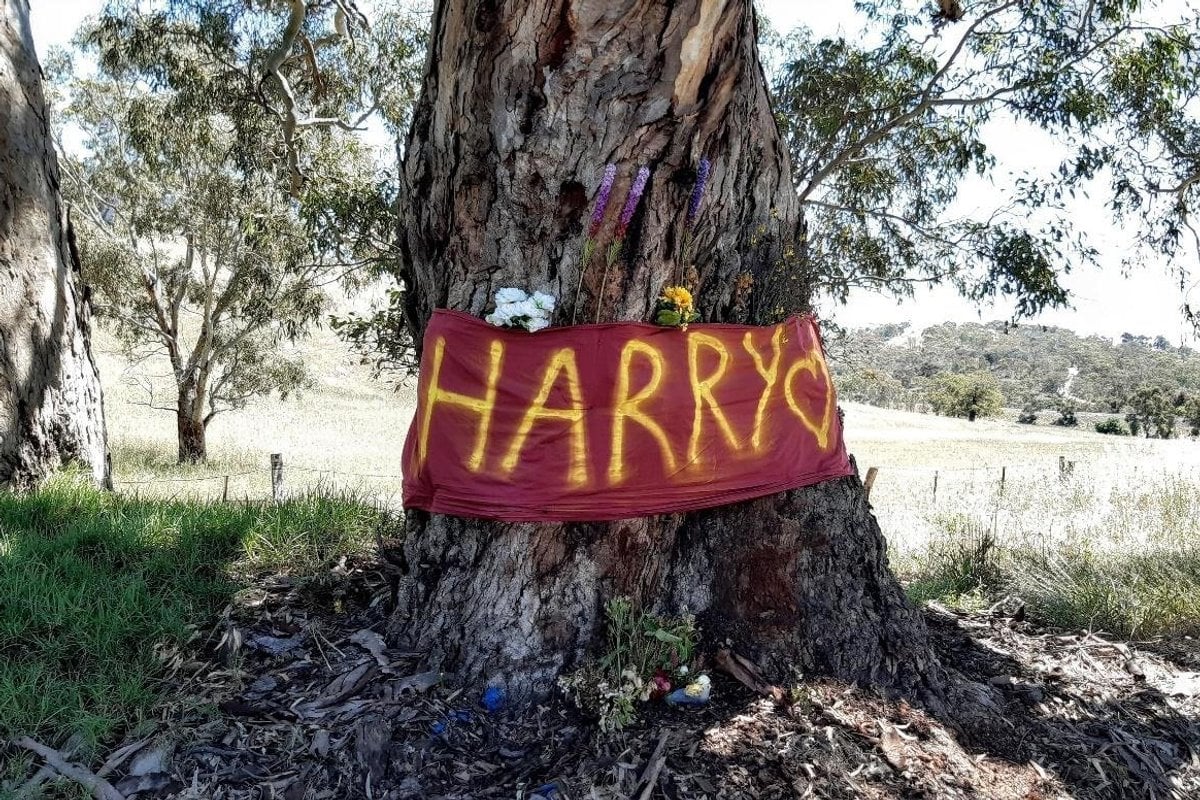 When my first–born son Harry was four years old, I wrote a gift book called Being Mummy.

It was published in 2007 by a small, independent publisher from my home state, and described – in succinct, thoughtful statements set amid exquisite images of real South Australian mothers and their young children – one hundred of the myriad ways that becoming a mother had changed me.

10 weeks ago, my beloved Harry was killed in a freak motorbike accident. He’d just turned 19. He lost control on a straight stretch of gravel road near our home in the Adelaide Hills.

My life, since that bright October day, has been the kind of bizarre, living nightmare that every parent fears. Morphing from heart–stopping, cell–draining shock to a ragged, raw grief that tears out of my throat, to presenting my calm business face and getting on with my life has demanded supreme strength and resilience. It’s been the most difficult journey of my life so far, and I’ve had some tough times.

Every day, at least once, I’ll forget, and then I’ll remember, like the bottom dropping out of my stomach. My heart has died a thousand deaths since Harry’s fatal, last ride. Though I’ve told myself countless times that it isn’t true, it’s not real, Harry didn’t come home that night. At three weeks, it was the longest we’d ever been apart.

He was probably going to sell the bike, I think. He hadn’t ridden for at least five months during our unforgiving winter weather. He’d had a close call about a year ago, and I believe it was his warning, which he didn’t heed.

I realise now, that would have meant selling the bike and never riding again, not just going over the events with me and thinking about how he wouldn’t let it happen, next time.

But we weren’t to know, and hindsight is only a callous voice in my head. Even after Harry and I debriefed about what did happen, and what could have happened, never once did I imagine the worst.

The actual worst – not just being hospitalised with a broken leg or arm or neck, which a year ago seemed bad enough as a possible outcome. Even when the police knocked on my door, I didn’t imagine the worst. The blood may have left my face as I croaked, “It’s not my son is it?”, but in the agonisingly slow seconds after they said, “We have to come inside,” I still didn’t guess. My mind was vacant, my pulse racing as I led them to my kitchen and asked them to sit. Hats in their hands, “No, you need to sit down,” the two police officers insisted.

Even then, I didn’t imagine those next, world–ending words. “I’m sorry to tell you your son has been killed in an accident.”

I never wanted to have kids, until at 34, I had a dream that changed my life. I dreamed of breastfeeding a baby in bed and when I woke, I set about planning how to make it become a reality for me and my husband of 14 years.

He’d wanted children and I hadn’t, too terrified of messing up, the way I felt my parents had. One by one, the impediments dropped away – I gave up freelancing to become a full–time, paid writer/editor in government. It came with permanency and a modest, two weeks of paid maternity wages and a year of leave.

That was the biggest hurdle, but so was losing 12 kilograms so I’d have the best chance of a healthy pregnancy and birth. I was already an ‘elderly primigravida’ and didn’t need an added risk. (This unflattering term referred to having my first pregnancy at 35). I wasn’t sure if I could conceive at all, or how long it would take, and so I watched my calorie intake and upped my exercise and shed the weight in a year of bloody hard work.

I needn’t have worried – remember Y2K? It didn’t happen, but my pregnancy did, in the first month of trying. Little Harry was made on the eve of the new millennium, my body announcing his presence just six weeks afterwards in mid–February 2001. He was born by emergency caesarean section in September of that year, amid the chaos and shock of a plane flying into the World Trade Center and the aftermath of 9/11.

In hospital, recovering from a traumatic birth, major surgery, a spinal block gone wrong, and an infection in the wound, all I could think about was my baby. Harry Felix, the perfect picture of a healthy, angelic newborn. Lashes like palm fronds, a crown of messy dark hair that was to fall out at three months, replaced by a thick, white–blond thatch. Baby blues ocean deep that met my own eyes in the operating theatre as they laid him on my chest. A soul connection that spoke to my very cells: blood of my blood, I will always love you. 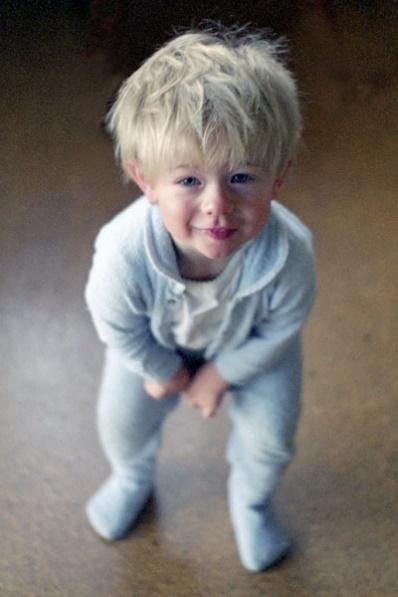 Image: Supplied.
It’s impossible not to cry, writing this. Harry is all around me, I smell his hoodie – the one he was wearing on the day of the accident – every day, many times a day. I see his photos all around our home: Harry at six weeks, Harry crawling, Harry in the bath as a toddler, Harry on his push-bike at 10, Harry’s joyous, heart–wrenching toothy grin, ear to ear.

The photos I love the best, because they were taken the most recently, are those his boss captured for his nomination as apprentice of the year for our region. In those, Harry’s wearing his high–viz shirt, work shorts and steel–capped boots. He’s smiling, which was difficult to capture on a camera these days. He was named a finalist in two categories just two weeks after the accident. For Harry, being an apprentice carpenter was never just a job; it was part of his identity. 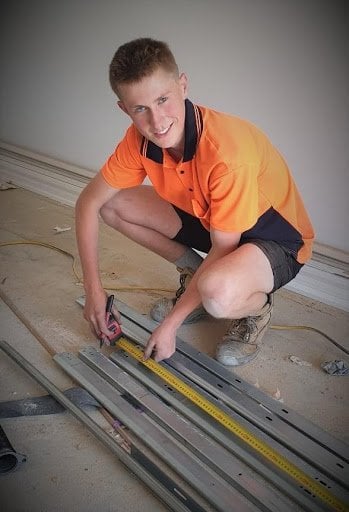 I was warned by the road trauma counsellor that the ‘firsts’ are the hardest. First Christmas, first birthday without him, first anniversary of his death. These start small; I noted the one–week anniversary, then the one month, and just recently the two–month. But there are other firsts that jolt me or bring tears to my eyes – first trip to the supermarket, haunted in every aisle by his favourite foods, usually staples in my shopping trolley. First phone call to the Coroner’s Office, from the police Major Crash team, my first call to the funeral director.

The first time I saw his death certificate I was sitting with my bank manager. I opened the envelope, ready to hand it over to her, and the words just did not make sense. How could those two dates – birth and death – be so obscenely close together? My eyes blurred from tears and I couldn’t help but sob. A day later, flowers arrived at my home. It was the sort of kind gesture we don’t normally associate with banks.

The first of ‘the firsts’ is almost over. I’ve suffered through the disbelief and aching, weeping sadness of the first night without him in our home. His broken body was just a few hundred metres away at the local funeral parlour, but I couldn’t see him until more than a week later. This was after the mandatory Covid test, the dental record matching, the full–body CT scan to determine cause of death, and the drug and alcohol test. It was zero of course, because Harry was a shy, sensible young man who worked hard and was most comfortable at home and at work.

Listen: Mia Freedman sits down with grief counsellor, Petrea King, to talk about navigating the holidays when you're grieving. Post continues below.

I will never forget that moment when he walked out of our front door wearing his motorbike gear – tall, slender, handsome and so beautiful it almost hurt to look at him. I’d made his favourite bacon and eggs for breakfast and we’d talked about his plans. It’s unfathomable to me now, that he hasn’t returned, that his bed is not slept in, that I don’t hear the clomp of his work boots on our wooden floors at dawn.

There is no roadmap for a mother’s grief at losing her child. Whatever ‘new normal’ this is, I don’t want it. Of course, I’d give anything – even my life – to have him back, to give him a shot at life. The money he’d diligently saved; what a waste. I’d taught him well to plan for the future, and now? His brother will benefit from Harry’s toil and work ethic, and I suppose that’s a small consolation.

‘Losing Harry’ doesn’t have the same ring to it as ‘Being Mummy’. It doesn’t frame each day as a gift, celebrate the delight and exhilaration of new motherhood, while also recognising the exhaustion and frustration of its lows. But this book I’m writing daily in my heart has also taught me well.

All those years ago, I dedicated Being Mummy to my boys – Harry and George – “because everything worth knowing I have learned from them”. While I can’t yet comprehend Harry’s loss, I know what I’ve gained from growing him in my body and giving him life. It’s something I couldn’t have imagined back at 34, poised on the edge of maternal greatness. The everyday miracles we create. It has limitless depths, cavernous potential; it’s unconditional, fierce and resilient.

Read more from Anne-marie on her website, Parenting Express.