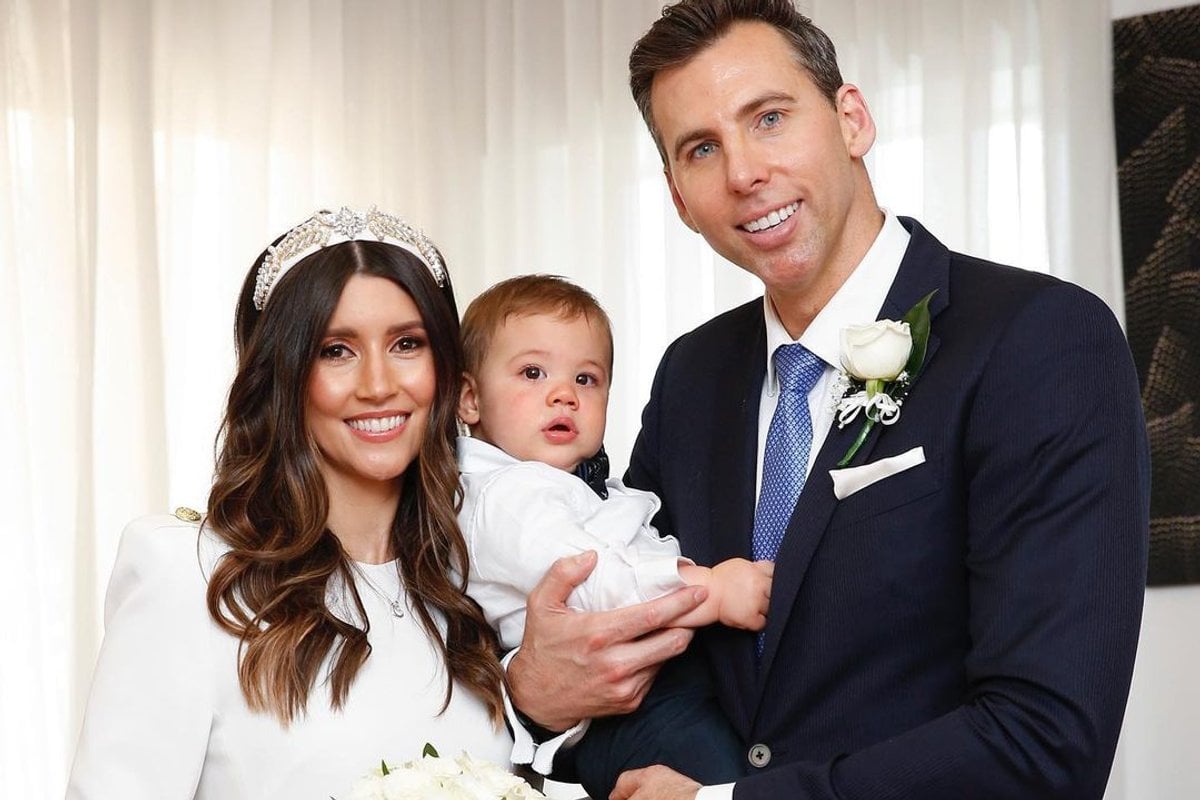 On Monday, Olympic swimmer Grant Hackett announced he got married.

Posting the news to Instagram, the 40-year-old shared he and girlfriend Sharlene Fletcher quietly tied the knot on Sunday.

Side note... a 2020 Zoom call from the future. Post continues below.

"I feel so blessed to call you my beautiful wife @sharhackett," he wrote. "With a year that’s been filled with so much uncertainty it’s been such a perfect way to finish off 2020.

"With COVID-19 continuing to delay our nuptials and the ability to properly plan our wedding, with all of our friends and family in the one location both locally and from overseas, Sharlene and I just wanted to say 'I do'!"

The Olympic gold medallist explained that the couple would have a big celebration once COVID-19 allows. But for now, two of the couple's best friends, their son and Hackett's twins from his previous marriage were more than enough.

"Even though this is not our 'official' wedding with all of our friends and family, it still could not have been a more intimate and perfect way to marry my best friend," he wrote.

"I will always take care of you and our family. I love you with all of my heart. Thank you to Jagger Hackett for being the most amazing ring bearer and best man and our best friends @felipe_may_araujo @em.turner_araujo to witness this special moment."

Since Grant Hackett hung up his goggles in 2008, here's everything we know about his life after his stellar swimming career. 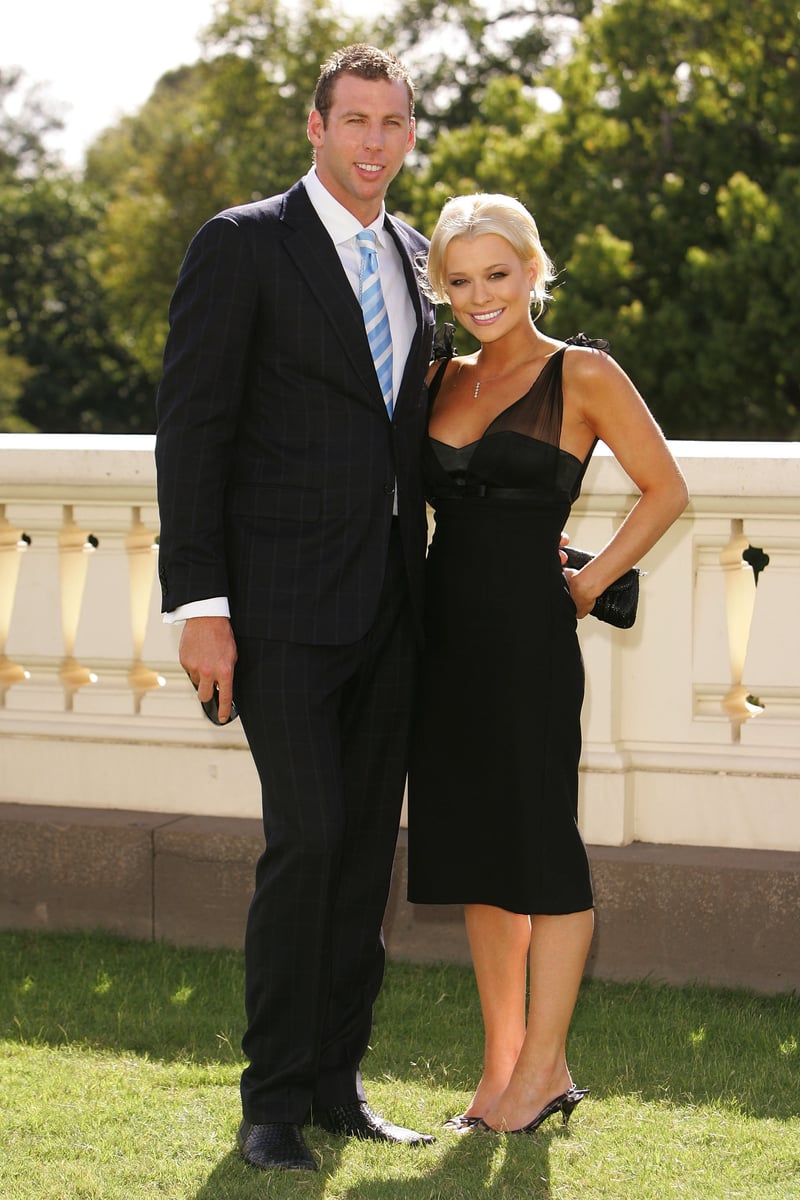 In 2009, the couple announced they were expecting twins, and in September, their son Jagger and daughter Charlize were born.

After five years together, in May 2012, Hackett and Alley announced their separation.

"I can confirm media speculation this morning that Candice and I have separated," Hackett said. "I want to be dignified in my approach to everything and ensure the children's needs are paramount and put first."

After their divorce, Hackett opened up about his struggles with anxiety.

"I get anxiety, I haven’t handled the past few years very well in bits and pieces... ever since I went thought that divorce and all the publicity that followed," he told Kyle and Jackie O.

In September 2019, the couple announced they were expecting their first child together. And in January 2020, Edward Anthony Hackett was born.

While Sharlene was pregnant, Hackett proposed.

"So happy and excited to call this beautiful, amazing, kind and supportive soul my fiancé," he wrote on Instagram.

Since his successful swimming career, Hackett has been involved in multiple controversies.

In 2011, he was accused of trashing his luxury penthouse Melbourne apartment in a drunken rampage after an altercation with his ex-wife Candice Alley on Derby Day.

"[We] came home and had a few private issues that we needed to deal with, and we have dealt with those," Hackett told Channel Nine.

In an interview with Kyle and Jackie in 2017, he reflected on the incident, saying: "I smashed up the place because I wanted the marriage to end at that time. The piano was tipped on its side, I did that."

In February 2014, Hackett was photographed half-naked in the lobby of the Crown Casino, searching for his four-year-old son, Jagger - who was later found on the 20th floor (14 floors higher than Hackett's apartment).

"I seriously doubt that Jagger would, given his nature, wander away. Nor do I understand how he could physically open a heavy hotel room door," Alley told Herald Sun.

Days later, Hackett flew to the US to seek treatment for an alleged addiction to the highly addictive sleeping pill, Stilnox.

"It just gets to a situation in life where you're not coping too well, and you need to put your hand up and ask for help. I certainly got to that situation," Hackett told the Nine Network shortly after.

"I feel proud of myself that I had the strength and courage to do that, because I want to have a great and happy life ahead of me. I want to be a great father and I want to do all those things properly," he added. 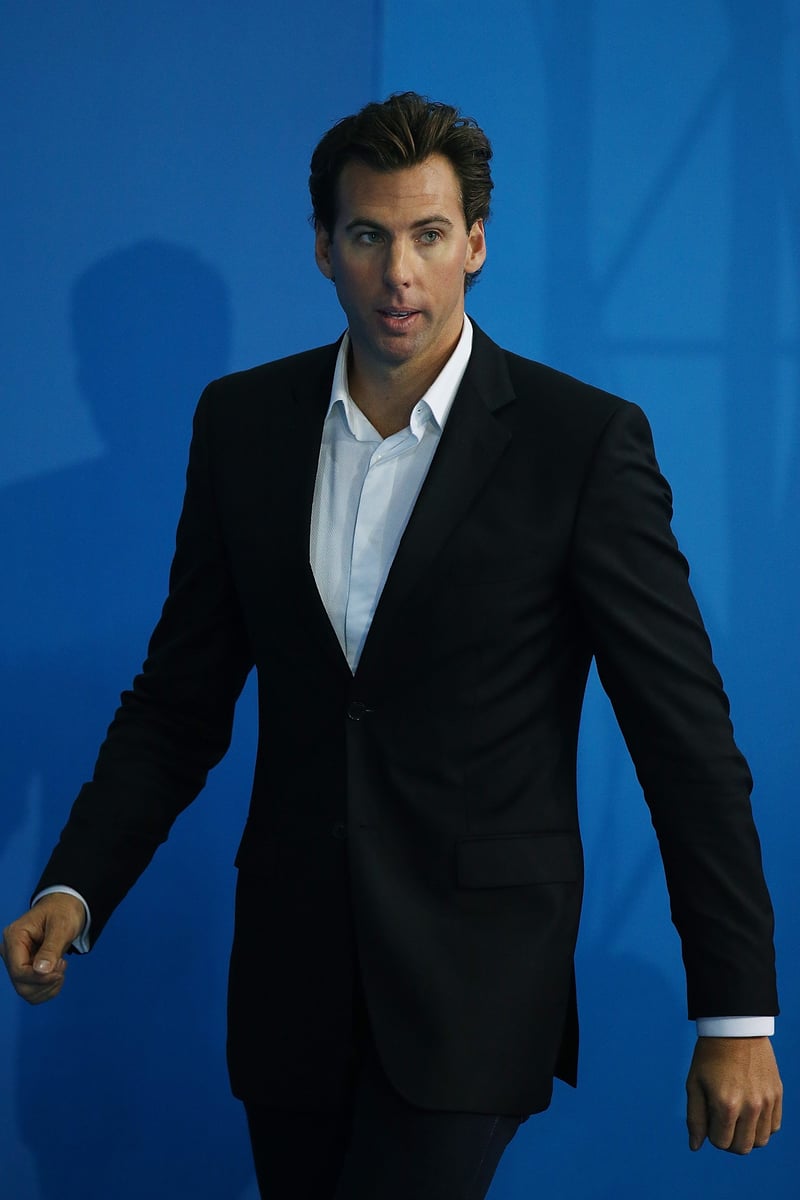 Two years later, in April 2016, Hackett was detained by police following an alleged assault on a Virgin Australia flight to Melbourne.

Reported police sources said that Hackett "went to the toilet for an extended period, taking a bag with him. He emerged aggressive and agitated, taking offence to a male business class passenger who reclined his seat".

According to the passenger, who was sitting in front of the swimmer during the interstate flight, Hackett leant forward and grabbed his chest and nipple.

"I seriously and genuinely regret my poor behaviour," Hackett said in a statement. "I have stuffed up more than once and am working on these issues."

The following year, in February 2017, Hackett was arrested at his parents' Gold Coast home.

"Grant’s got a medical problem and it manifested itself here this morning… He’s big and powerful when he’s not happy," his father Nev told the Gold Coast Bulletin.

"We decided he needed some treatment but there was no way he was going to go and get treatment this morning so we called the police."

After he was released without charges, his family reported him missing.

But after one day, Hackett returned and made a public statement.

"I know I have some mental health issues and I am seeking help here in Australia and I will be also going overseas," he said.

"My brother and I have reconnected and love each other very much - our family has always been our priority."

"I would appreciate it if everyone would allow me and my family to do everything we need to do," he added.

These days, the former swimmer is the CEO of the finance company Generation Life.