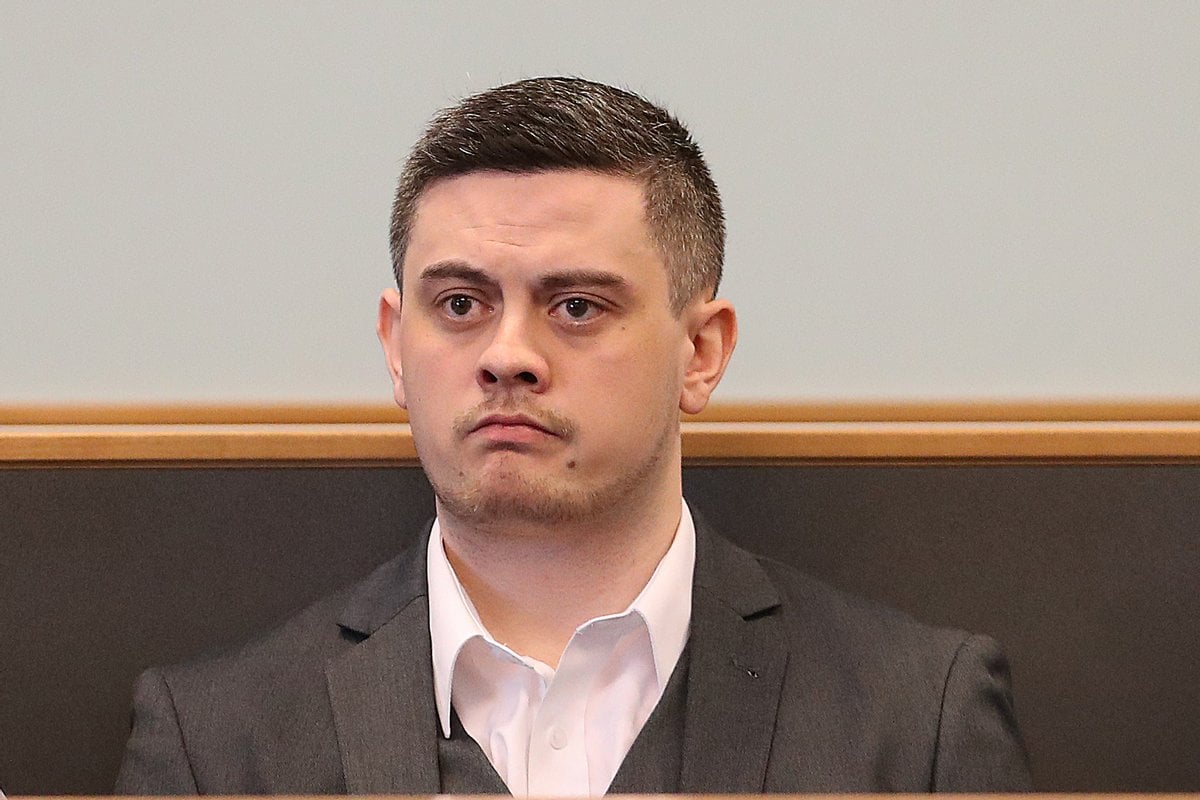 Most knew him only as 'the man who killed Grace Millane'.

But today, after a suppression order was lifted by a New Zealand court, we can know that criminal by his name.

Last November, the 28-year-old year old was convicted of murdering the British backpacker on December 1, 2018 — the eve of her 22nd birthday.

With the release of his identity, local media can now also report that he was not only 'the man who killed Grace Millane', but a serial predator who also raped one woman, and abused and assaulted another.

Grace Millane was on an around-the-world trip when she arrived in New Zealand on November 20, 2018; an overseas adventure to mark the end of her university studies.

After a few days spent up north, she travelled to Auckland.

She’d been bombarding her loved ones back in England with images and updates of her journey. But late on Saturday, December 1, the messages stopped. 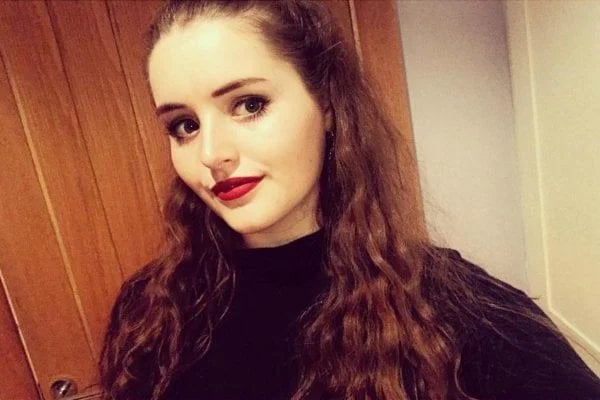 Grace had matched with local man Jesse Kempson on Tinder.

That evening they went to a restaurant and several bars in downtown Auckland, chatted, drank, and kissed.

At around 9:40pm, CCTV footage captured Kempson leading her into the hotel where he was living, his arm slung around her shoulders.

Later that evening, he strangled her to death.

The following day, while the Essex woman's remains lay inside his room, he went on another date. Speaking in his eventual murder trial, that woman recalled his fidgetiness and his fixation on an unsettling topic of conversation.

"He said, 'It's crazy how guys can make one wrong move and go to jail for the rest of their life'," the witness said, according to Radio NZ.

"He said he'd heard of, or knew of, a guy who had asked his girlfriend to have rough sex with him involving strangulation or suffocation.

"It had gone wrong, and she'd died during the process and he'd tried to revive her but she couldn't be revived and she died and he got done for manslaughter." 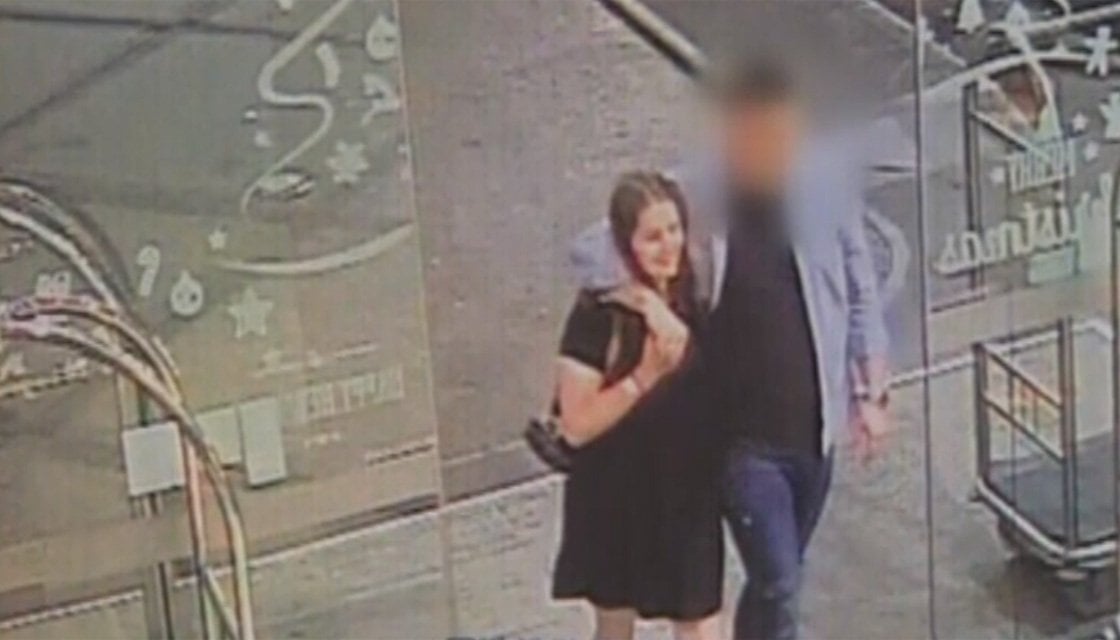 Grace Millane with Jesse Kempson the night he killed her. Image: NZ Police.

On December 3, Kempson drove a hire car to a location in the Waitākere Ranges, a forested area outside Auckland.

Six days later, under arrest for murder, he led police back to that site. There inside a suitcase, buried in a shallow grave, was Grace Millane's body.

Kempson's lawyers argued in New Zealand's High Court that Millane's death was an accident — rough sexual play gone wrong. During a police confession prior to his arrest, he claimed that he and Grace had sex, and he later woke to find her unresponsive. He claimed he then "panicked" and disposed of her body.

It took five hours of deliberations for a jury to decide they didn't agree. He was convicted and later sentenced to life behind bars for murder with a minimum non-parole period of 17 years.

Meanwhile, two of his survivors begun their quest for justice.

In October 2020, Jesse Kempson sat a judge-alone trial over eight charges levelled by his former partner.

The woman, who had been in a relationship with Kempson between September 2016 and April 2017, alleged that he'd subjected to her to sustained physical, sexual, emotional and financial abuse.

"I didn't want to bring up my past again, but I also wanted the truth to be out about who Jesse is and the pattern of behaviour, and how this whole thing could have been avoided," she said, according to Radio NZ. "It really could have."

According to NewsHub, on one occasion during their relationship in 2017, the woman was left fearing for her life after Kempson told her he'd been sent by the CIA to kill her.

"I honestly thought that that night I was going to die and if my body was found, people would need to know it was him that did it," she said.

Kempson was found guilty on all charges: two of sexual violation by unlawful sexual connection, three of male assaults female, two of assault with a weapon and one of threatening to kill. He was sentenced to seven-and-a-half years in prison.

In November, he was convicted of rape in a separate judge-alone trial relating to a 2018 assault. He'd met the woman on Tinder, taken her back to an Auckland motel room and raped her. For that, he was sentenced to 3.5 years' jail.

As the verdict was handed down by Justice Geoffrey Venning, Kempson said, "You're full of s**t, mate. You have no reason to convict me. You're full of shit."

He is appealing both cases.

Throughout the three trials and media reports surround them, the public was given a glimpse into Kempson and his pattern of manipulation and deceit.

People who knew him struggled to tease the facts from fiction: he allegedly claimed to be the manager of an oil company, to be a Woolworths sales manager, to own a NZ$900,000 car and $1.3 million house Sydney where his family were wealthy restauranteurs, to have cancer, to have gang connections, to be friends with police and related to an All Black rugby player.

In sentencing him over the rape conviction, Justice Venning alluded to "various traumatic influences" from Kempson's childhood that had been detailed in a cultural report provided by the man's lawyers, but media has not been able to obtain the full details.

It was established that his parents separated when he was three, that his father was violent and that his mother "rejected" him.

"That may go some way towards explaining your attitude towards women," Justice Venning posed, according to media.

An attitude that cost one woman her life and two others their agency.

Reply
Upvote
2 upvotes
He can never be allowed out of jail. He will do this again.