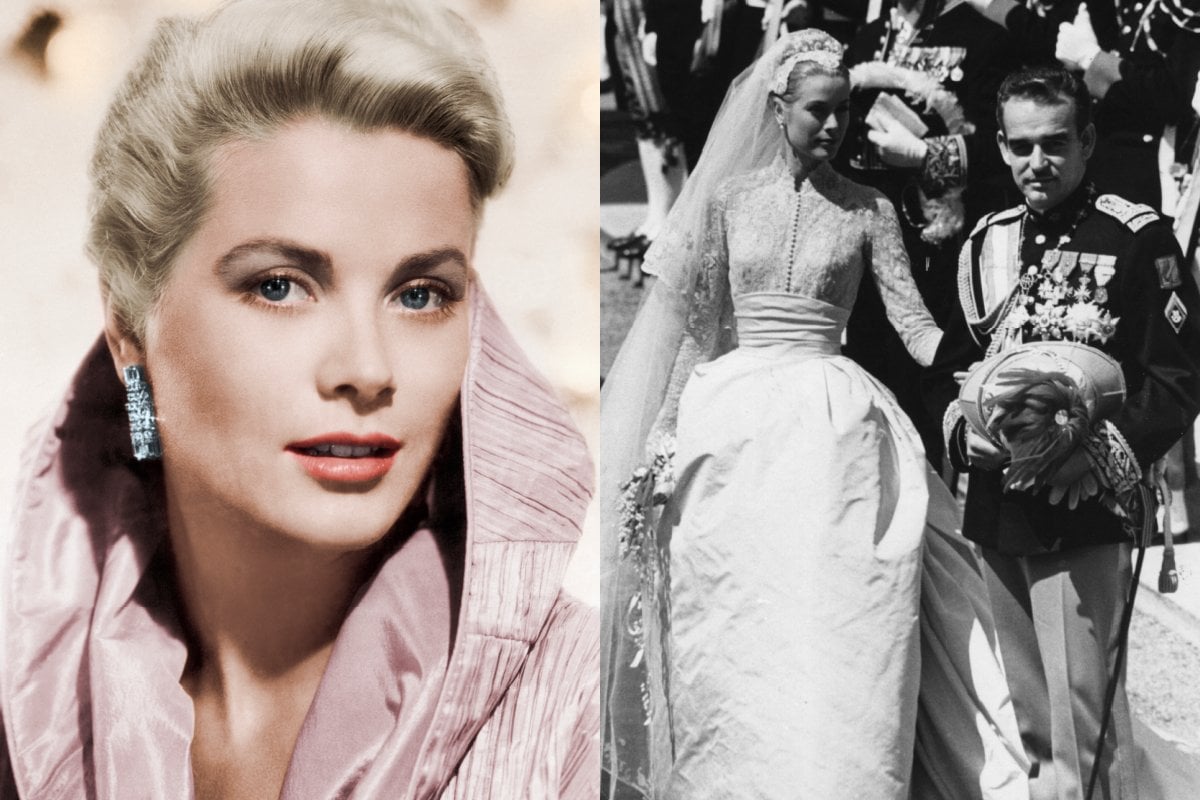 It was the fairytale wedding of the 1950s. When movie star Grace Kelly wed the handsome Prince Rainier of Monaco, it had all the glamour of Meghan Markle marrying Prince Harry. But a new documentary reveals that Grace paid a high price for her choice of groom.

In a new British doco, Grace Kelly: The Missing Millions, financial expert Gemma Godfrey digs into decades-old documents to find out exactly how Grace went from being the highest-paid female star in Hollywood to dying at the age of 52 with almost nothing to her name.

Watch a snippet of the trailer for Grace Kelly: The Missing Millions. Post continues after video.

Grace was born into a wealthy family in Philadelphia. Her father, Jack Kelly, was a triple Olympic champion in rowing who went on to make millions in the building industry. Grace had royal dreams at a young age – “One day I’m going to be a princess,” she famously told her sister Peggy – but once she discovered acting at school, she decided that was what she wanted to do with her life. Her father disapproved of her moving to New York to become an actress, which he reportedly saw as “a slim cut above streetwalker”, but she did it anyway. She supported herself in her acting studies by modelling, making more than $US400 ($AUD526) a week.

Grace struggled to win movie roles early on. Her voice was too high and flat, so she put a clothes peg on her nose and worked on deepening it. She developed her own sense of style – dressing conservatively and wearing white gloves to auditions. 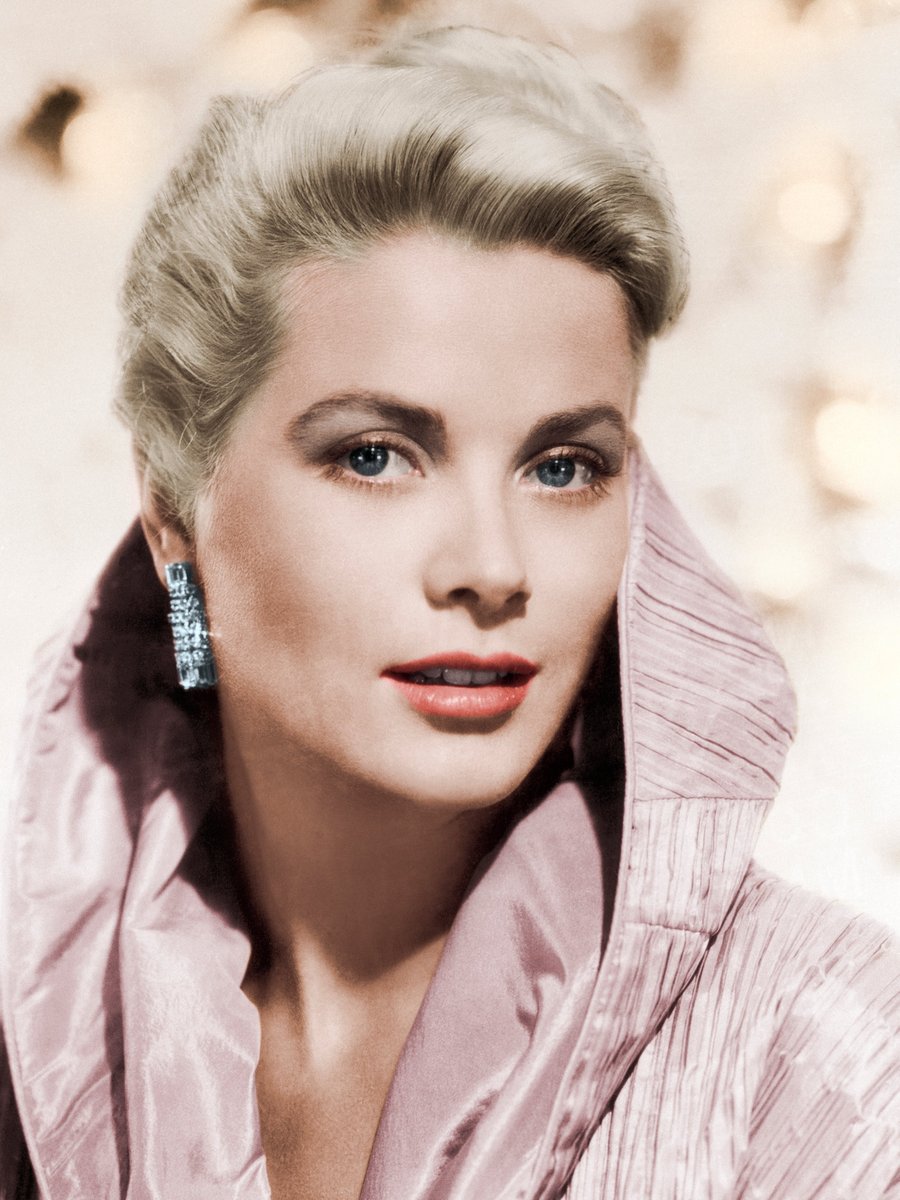 After working in theatre and live TV, and scoring a few bit part in movies, her breakthrough came starring opposite Gary Cooper in 1952’s High Noon. That was followed by Mogambo, shot in Africa with Clark Gable, which scored Grace her first Oscar nomination.

She pursued her much older leading men while shooting both those movies.

"What else is there to do if you're alone in a tent in Africa with Clark Gable?" she later said.

She made a string of Alfred Hitchcock movies – Dial M For Murder, Rear Window and To Catch A Thief – and won an Oscar for The Country Girl. She was declared the best-dressed woman in the US. 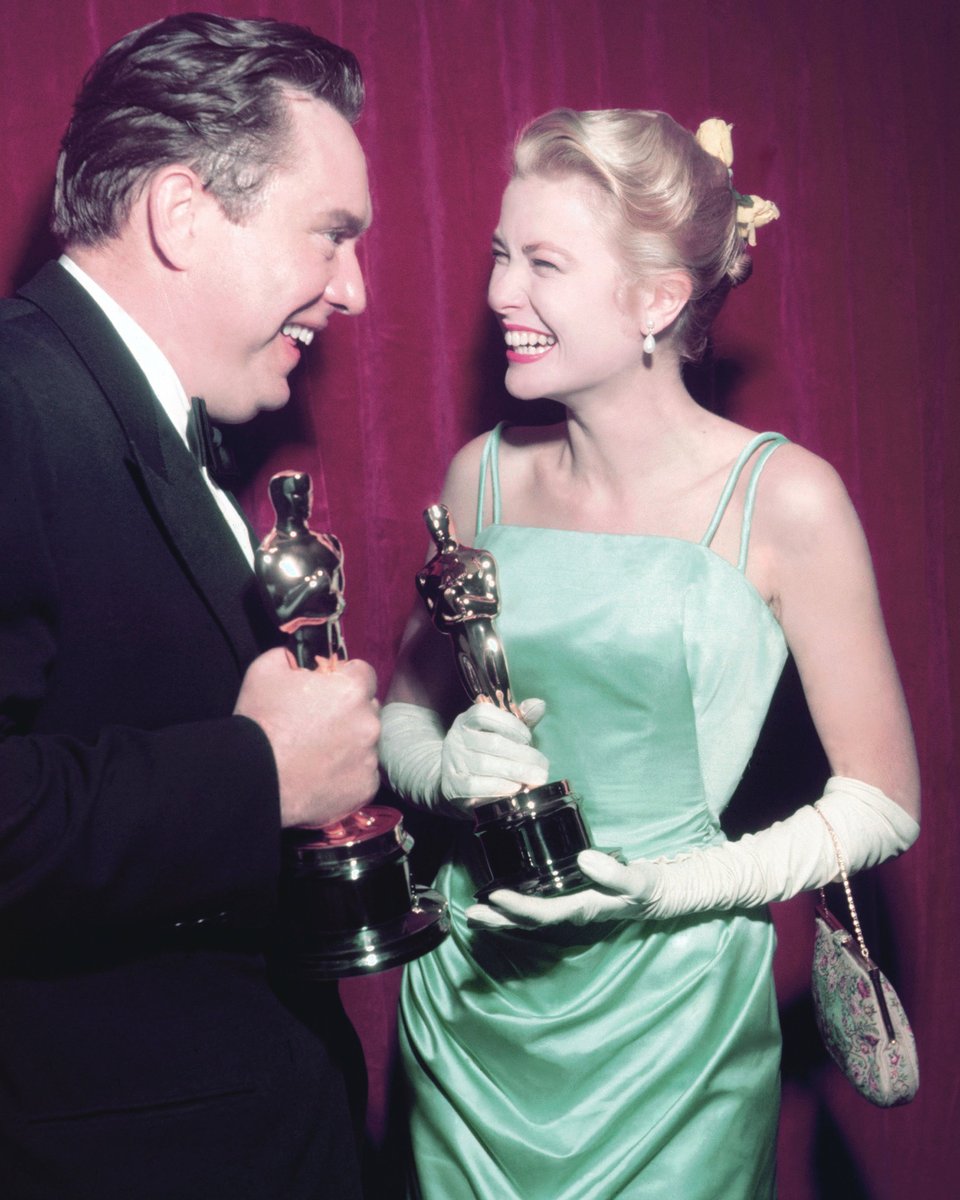 When Grace Kelly won the Oscar for The Country Girl. Image: Getty.

Grace had good judgement when it came to roles, and she was financially astute, scoring a seven-year contract with MGM.

“Grace was savvy and driven,” Godfrey told The Sun. “She negotiated her own deal with MGM, and got them to agree that she could still live in New York and do theatre work, which was unusual.”

She earned $US1.5 million ($AUD1.98million) in five years, making her the highest-paid actress in Hollywood. This was in an era when female stars earned a fraction of what their male co-stars were making.

At the Cannes Film Festival in 1955, Grace and Prince Rainier were set up to meet each other at a photo opportunity. She was given a tour of his 225-room palace and his private zoo. At the time, she was in love with fashion designer Oleg Cassini. But the prince was smitten with Grace.

He wrote her letters over the months that followed, and she wrote back. Her parents, Jack and Margaret, who had plenty of money but working-class origins, were keen to encourage the romance. Grace herself didn’t fancy a future as an ageing actress in Hollywood. 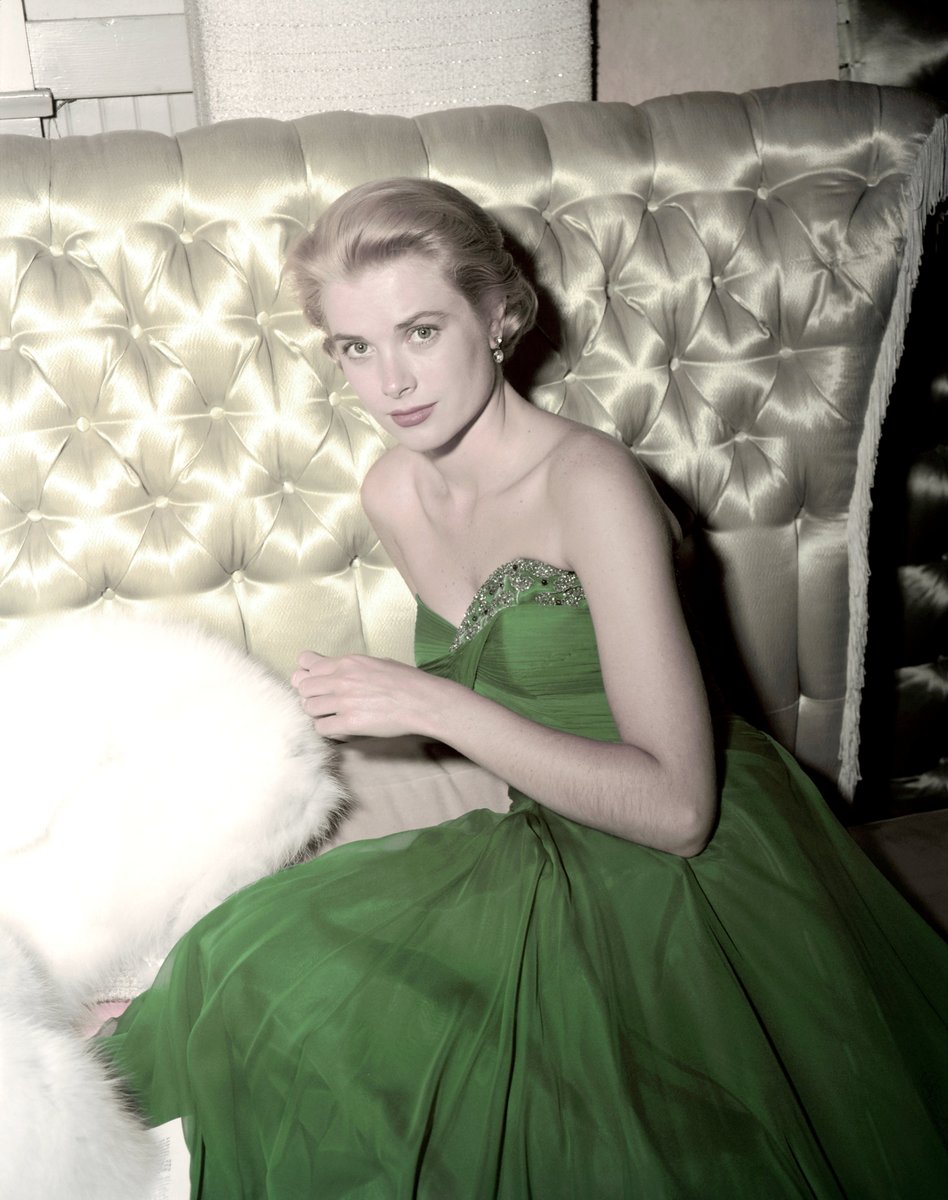 At Christmas that year, the prince, accompanied by his priest and his doctor, came to dinner at the Kelly family home. He wanted Grace to be his wife, but he needed her to have a physical examination first, to make sure she was able to bear children. He also wanted a dowry of $US2 million ($AUD2.6 million).

Grace’s father wasn’t keen to pay a dowry, but Grace and her siblings were each due to inherit $US1 million ($AUD1.6 million) when their parents died. So Jack agreed to give her the inheritance early. She added her own savings to that amount.

Godfrey says the dowry was a “shocking” thing.

“It wiped out her entire savings, and the other half wiped out her inheritance,” she told Express.co.uk. “So really, when you think about what she sacrificed, she actually gave up her savings and her ability to earn as well.”

For the prince, the $US2 million ($AUD2.6 million) came in very handy.

“Monaco wasn’t the glamorous principality it is today, so they needed the money,” Godfrey told The Sun.

The wedding was held in April 1956, with 30 million people watching on TV. It was dubbed “the wedding of the century”. 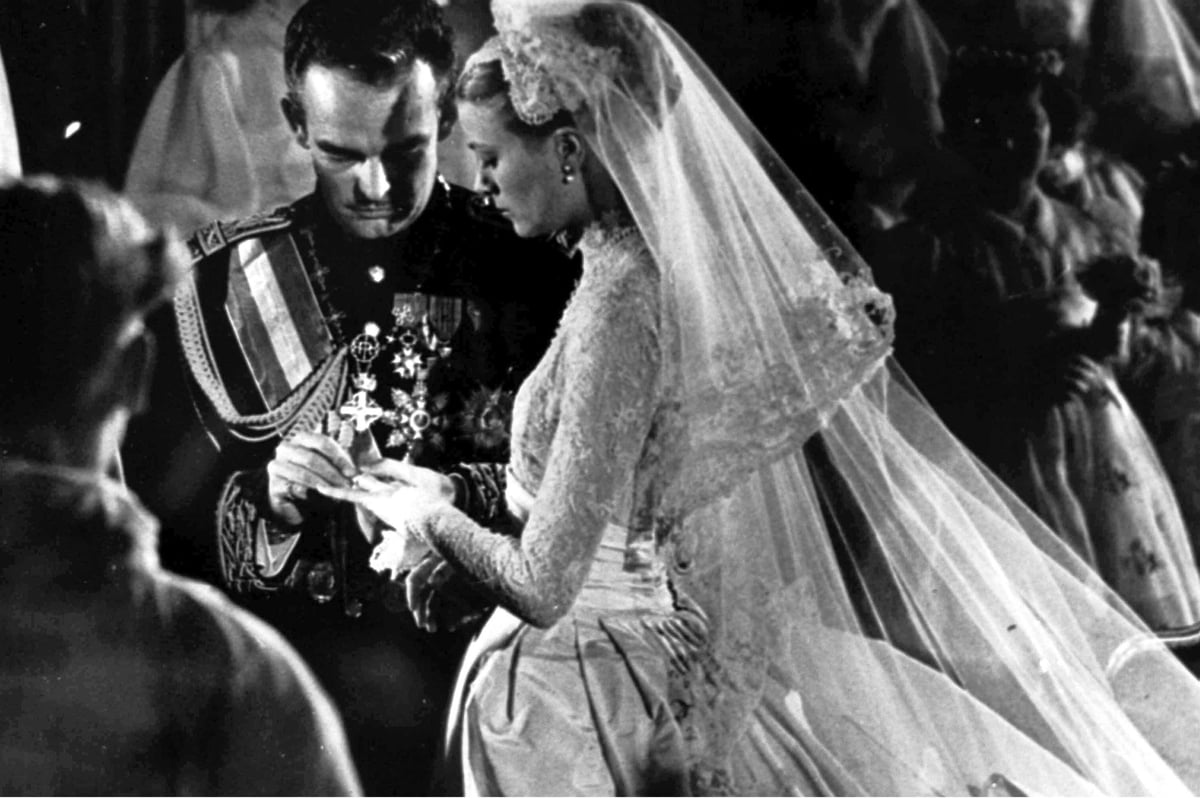 After the wedding, Grace was still under contract to MGM, but they agreed to let her stop making movies in return for the rights to a documentary about the wedding.

When she was asked whether she would act again, she carefully replied, “That decision will be made by the prince.”

She never acted again. Hitchcock asked her to star in his movie Marnie, but there was an outcry in Monaco over the idea of their princess playing a kleptomaniac, and she turned it down. By then, with her royal connections, her salary would have skyrocketed, but she never had the chance to capitalise on it. She raised three children, carried out her royal duties and got involved in charity work. Her glamorous image attracted tourists to Monaco. Meanwhile, other actresses of her era, such as Audrey Hepburn and Doris Day, went on to make huge fortunes.

“Do you realise if my mother hadn’t been so difficult about Oleg Cassini, I probably would have married him?” she was quoted as saying in the biography Once Upon A Time. “How many wonderful roles I might have played by now? How might my life had turned out? That one decision [to marry Prince Rainier] changed my entire future.” 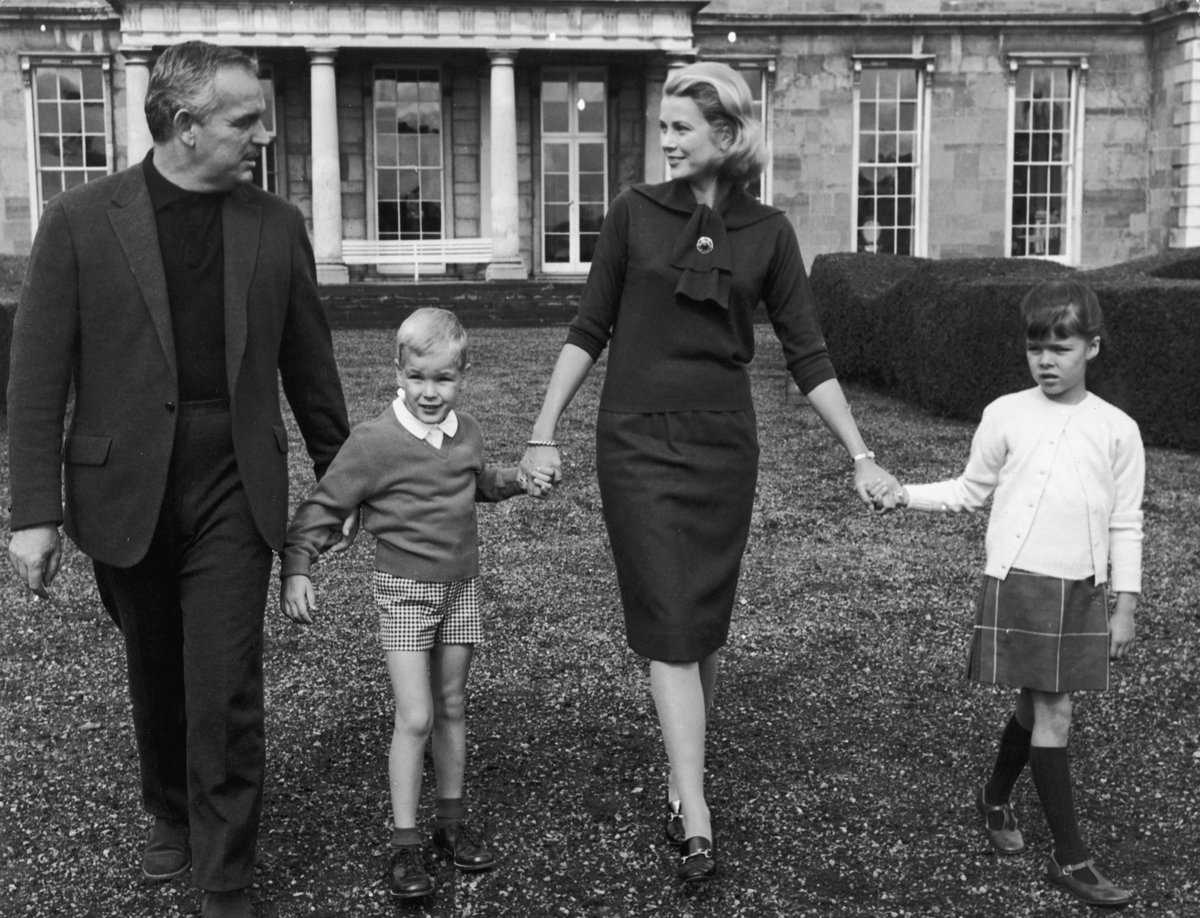 In September 1982, when Grace was 52, she was driving from the family farm to the palace on a steep, winding road with the youngest of her three children, Stephanie, in the passenger seat. She had a stroke and lost control of the car, plunging more than 30m down a mountainside. She died the next day. Stephanie survived the crash.

Godfrey says like Meghan, Grace may have come to feel she was in a gilded cage.

"Grace joined the royal family so she actively chose that lifestyle. But it's a stark difference from the life she had before, when she had freedom, control and financial independence."

It was the fairytale wedding of the 1950s. When movie star Grace Kelly wed the handsome Prince Rainier of Monaco, it had all the glamour of Meghan Markle marrying Prince Harry.

It was a great deal more glamorous than the latter. Grace Kelly was a huge Hollywood star (thus relinquished a greater career), and she married a reigning monarch.
Worth also noting that women commonly lost their jobs and financial independence when they married in the 1950's. Grace Kelly really wasn't that extraordinary in that respect.
T
talezassian a year ago

Reply
Upvote
@talezassian I'm not really au fait with dowry traditions in the European aristocracy - but indeed, it is somewhat of an antiquated concept. I've read conflicting accounts of who paid and how it was used, however. Grace Kelly's father was very wealthy and there are reports that he paid (as opposed to what is detailed here). There are also claims that the money went towards establishing the Princess Grace Foundation - so perhaps money well-spent...?
C
cat a year ago