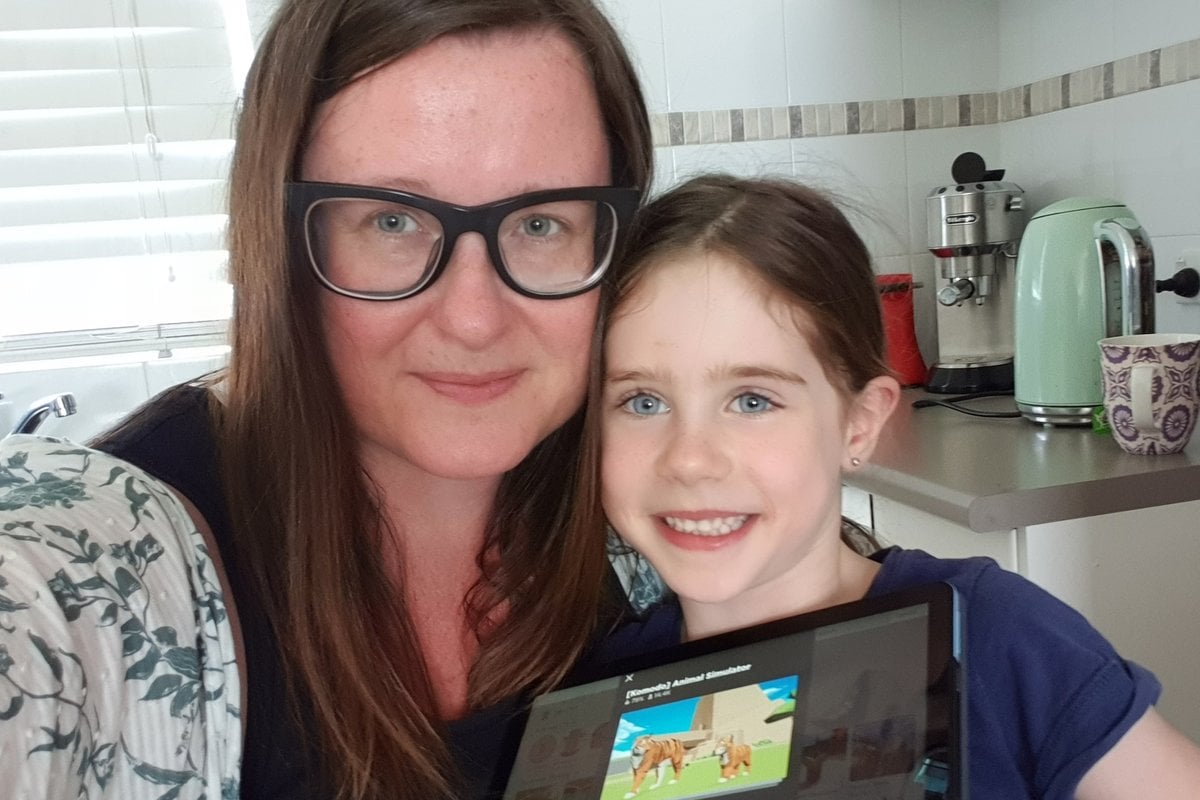 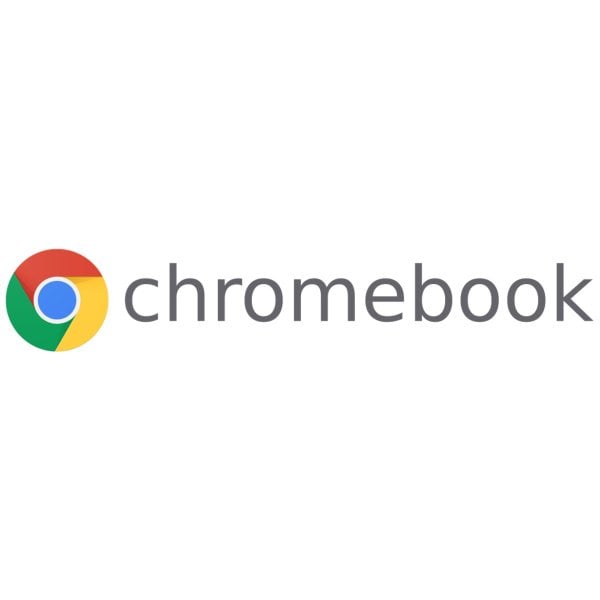 Thanks to our brand partner, Google Chromebook

If your household is like my household, you probably have one laptop for work and another, or a tablet, for the family to use. But, like the kid on the taco ad says, why not have both? In this case, both in one.

I trialled the Lenovo Duet Chromebook over the Summer break to see if it can truly switch from business to fun as easily as it claims. And with a kid who is fully into screen time and gaming, and my work as a journalist and host of Mamamia’s news podcast The Quicky, I was about to give this piece of tech a real run for its money. 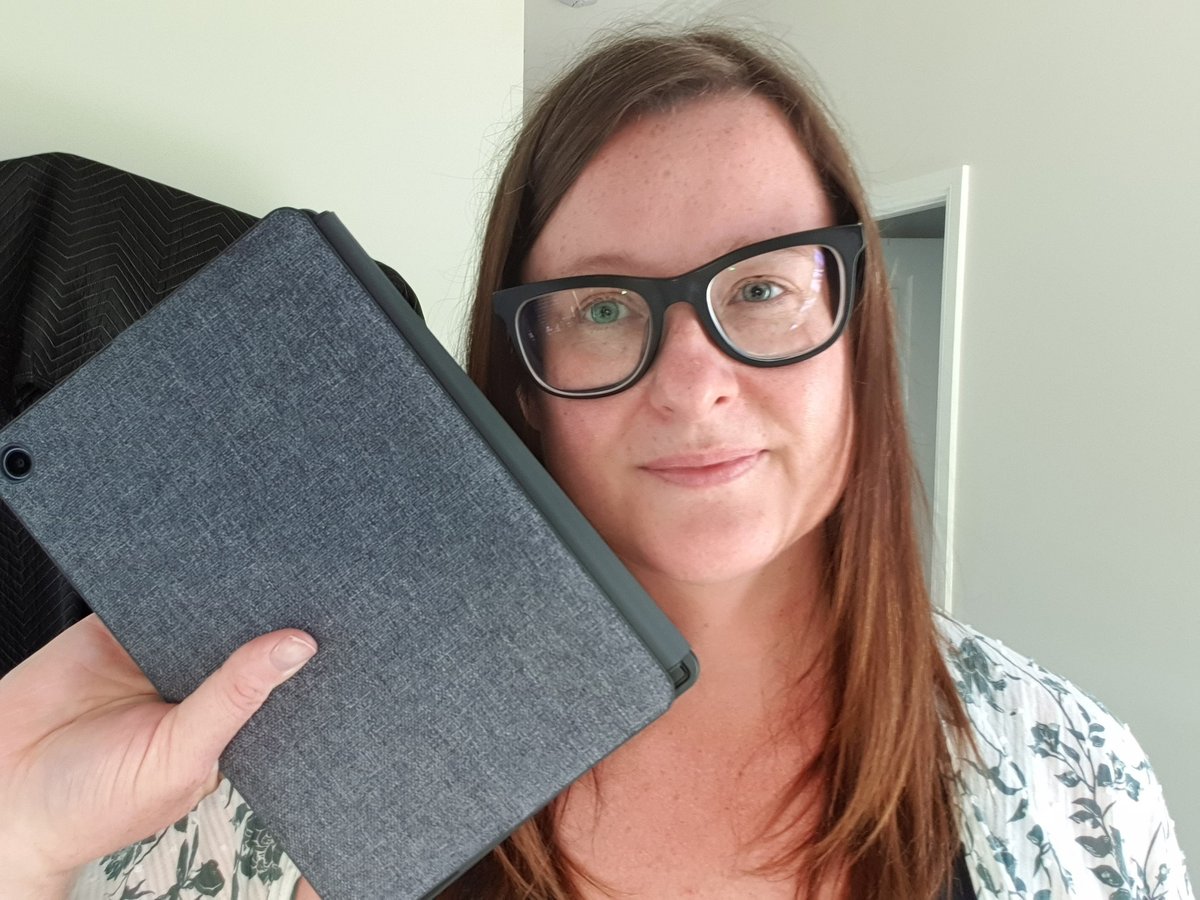 The Lenovo Duet Chromebook. Image: Supplied. For starters, I was promised that this would be one of the fastest start-up times I’d ever seen. Sure enough, after I pressed the power button for the first time, it was ready to go in about eight seconds. No more waiting for a wheel or a line to load before we’re good to go. It uses ChromeOS, so not only is it fast, but it uses Cloud storage to ensure everything is stored safely and securely.

Next, it was a case of getting all the stuff you usually have on your laptop onto this one, which we all know can be a drag. The beauty of a Chromebook is that you just log into your Google account and it pretty much sets everything up for you. If you're worried about security, then get this - the Chromebook comes with built in security so you don’t have to find anti-virus software to cover you - nice! 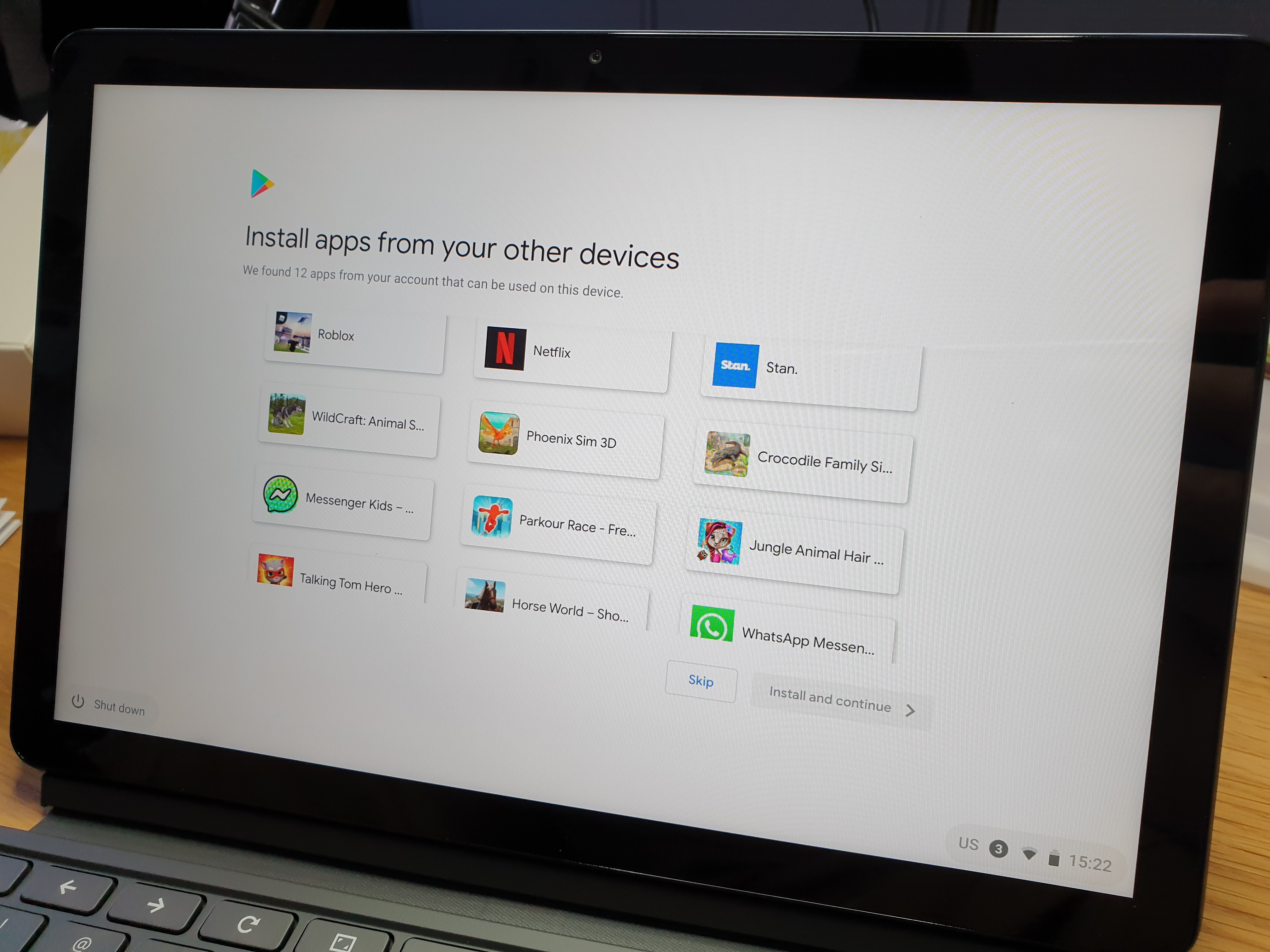 Everything was there, ready to go. Image: Supplied.

This was legitimately the easiest switch to a new piece of tech I think I’ve ever done. It even moved over my Google password list so I didn’t have to re-enter passwords. I also have a Samsung phone, and it was easily incorporated into the setup, connecting my text messages to the Chromebook.

I already use Google drive for work so all my Quicky stuff was there, available from the start.

If you haven’t moved over to a laptop that has a touch screen yet (like the Lenovo Duet Chromebook), then you are seriously doing yourself a disservice. The amount of times I reach up to make changes on the screen is massive and while it doesn’t seem like a big deal when you can just use the mouse pad, I promise you that once you go touch screen, you’ll never go back.

It also has some nice navigation shortcuts like this cheeky three finger down swipe on the mouse pad that toggles you through the programs you have open.

How it works. Image: Supplied.

You can also swipe left or right on your screen to go back and forth between your programs.

As far as my own experience, the Lenovo Duet Chromebook lived up to the hype. I managed to do a full day’s work on this little beauty, had my work meetings on Google Meet, and finished an episode of The Quicky, But then it was time for the real test.

When my five-year-old saw there was a new tablet in town, her eyes lit up. Her Roblox account had already auto transferred over to it from my Google account so she was already good to go with my log in, but you can create a login for each person who uses it so you don’t have them using the same profile.

On a kid's profile you can also set up a screen time limit with the Google family app, so the tablet can tell your kid when it’s enough (and you don't have to).

My kid isn’t at that stage where she needs tech for school yet, but this would be ideal to throw in the school bag, not too heavy and easy to switch from one mode to another.

After a super fast keyboard detach, it was in the hands of Miss 5, who was already deep in Roblox. 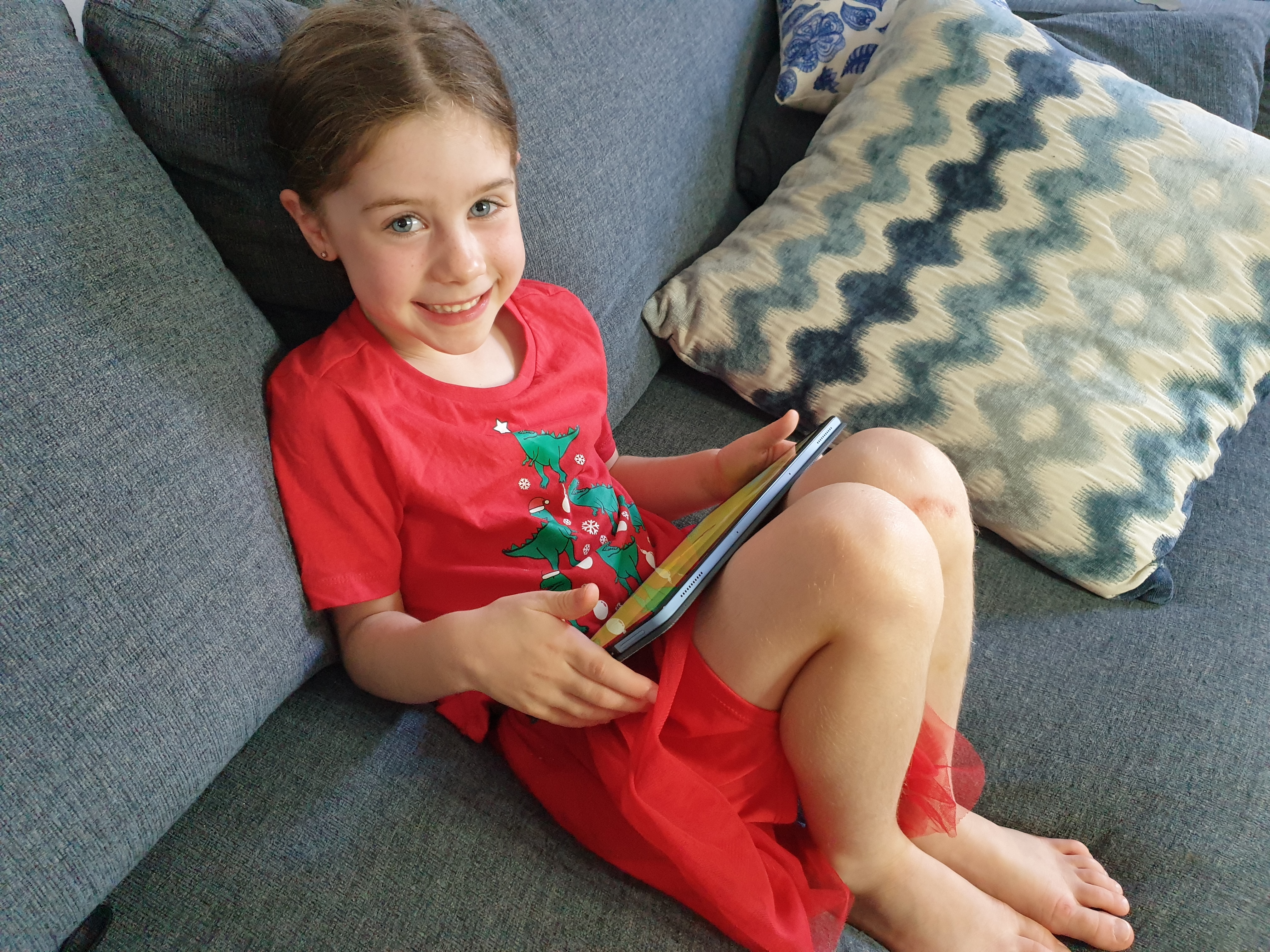 We also brought the Lenovo Duet Chromebook on board during the very long car trip from Adelaide to Sydney, and between Netflix and Disney+ it kept both of us entertained for the 15 hour trip. The battery also lasted for AGES. It went a full 24 hours with some pretty serious use before requiring a charge.

With the kid test firmly passed, there was one more element the Chromebook had to get by - the husband test. My husband used to work in IT, so fancies himself quite the expert on all things technical. I told him to check out how fast the device boots up programs, and he was… impressed! He couldn't believe it was faster than his phone. “

Compared to my laptop, the Lenovo Duet Chromebook is lighter, but compared to my tablet it’s a little heavier. The convenience of what it has to offer, however, far outweighs that very small drawback. The keyboard clicks in with magnets so you don’t even have to line it up properly, you can’t fail!

The Chromebook is an easy switch from using bigger laptops and a tablet, downsizing the hardware but definitely not the versatility or the power.

Battery life may vary based on device and upon usage and other conditions. Boot up speed varies depending on device.

Chromebooks are a new type of computer that are ahead of the game, designed to help you get things done faster and easier. Every Chromebook is powered by ChromeOS, a smart, speedy and secure operating system. Getting started is easy, just open and go. Log in with your Google account and get instant access to your favourite apps on the Google Play store.
As one of the world’s lightest, thinnest Chromebooks, the versatile 2-in-1 Lenovo Duet Chromebook travels effortlessly wherever you go. With fast boot times, built-in security and software optimised for on-the-go productivity it's your perfect travel companion.