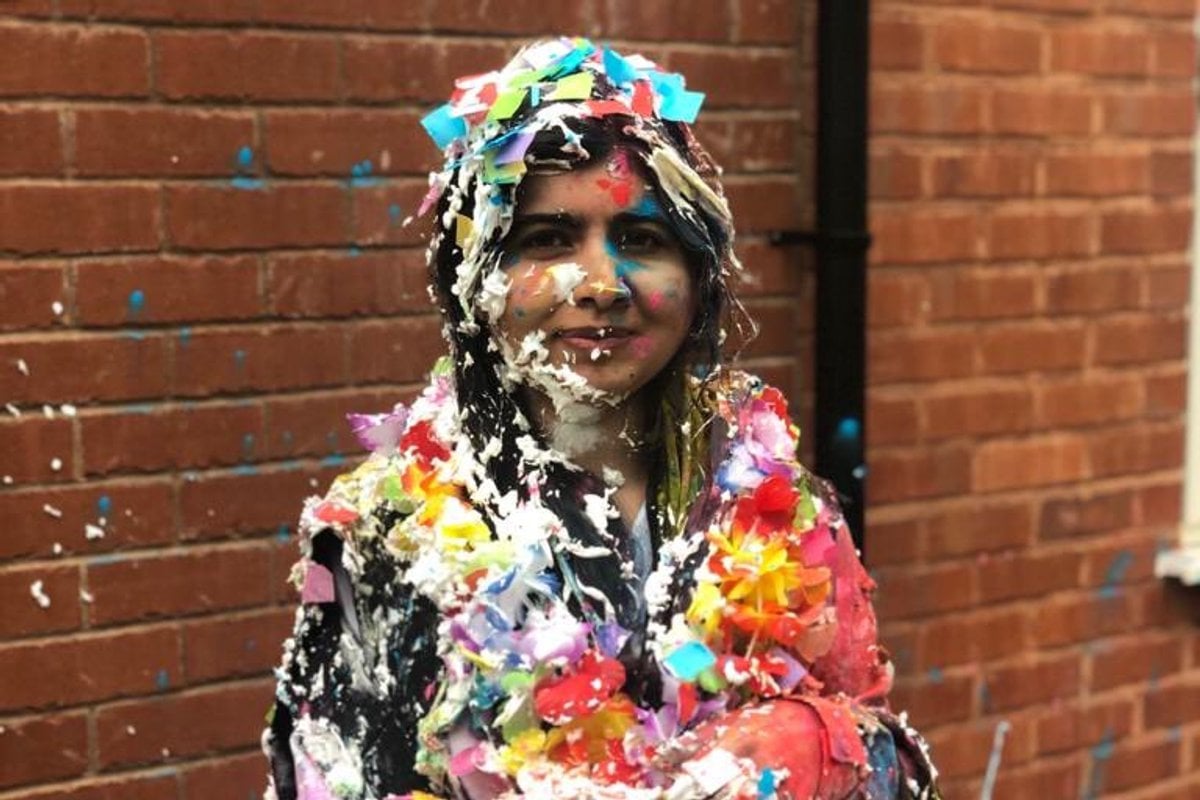 In 2020, google searches for 'good news' have skyrocketed. In a year of immense grief, and with a news cycle that has been overwhelmed by negativity, it's easy to forget about the more optimistic things happening.

So, in light of this, we want to bring you the good news.

Here are 13 positive things you might have missed that have happened this year so far.

1. In May, Germany banned “gay conversion therapy” for minors in a new nationwide law. According to the Magnus Hirschfeld Foundation, about 1,000 people were subject to conversion therapy every year in Germany prior to the enactment of this law. Two months later, Mexico City also criminalised gay conversion therapy by passing a bill that would see offenders face a maximum of five years in prison.

2. Eight years after Taliban gunmen shot Malala Yousafzai in the head due to her criticism of the group’s belief that girls should not attend school, Malala graduated from Oxford University in June. She studied a Bachelor of Arts degree in Philosophy, Politics and Economics (PPE).

Hard to express my joy and gratitude right now as I completed my Philosophy, Politics and Economics degree at Oxford. I don’t know what’s ahead. For now, it will be Netflix, reading and sleep. 😴 pic.twitter.com/AUxN55cUAf

3. A farmer from Northern Territory told the ABC in October he had received more rain over three days than he did in all of 2019 - the second driest year on record for the NT.

4. In fact in February 2020, 99 per cent of New South Wales was affected by the dry conditions provoked by the drought. Now, figures from the NSW Department of Primary Industries show that 75 per cent of the state is either no longer in drought or is in recovery, according to the ABC. 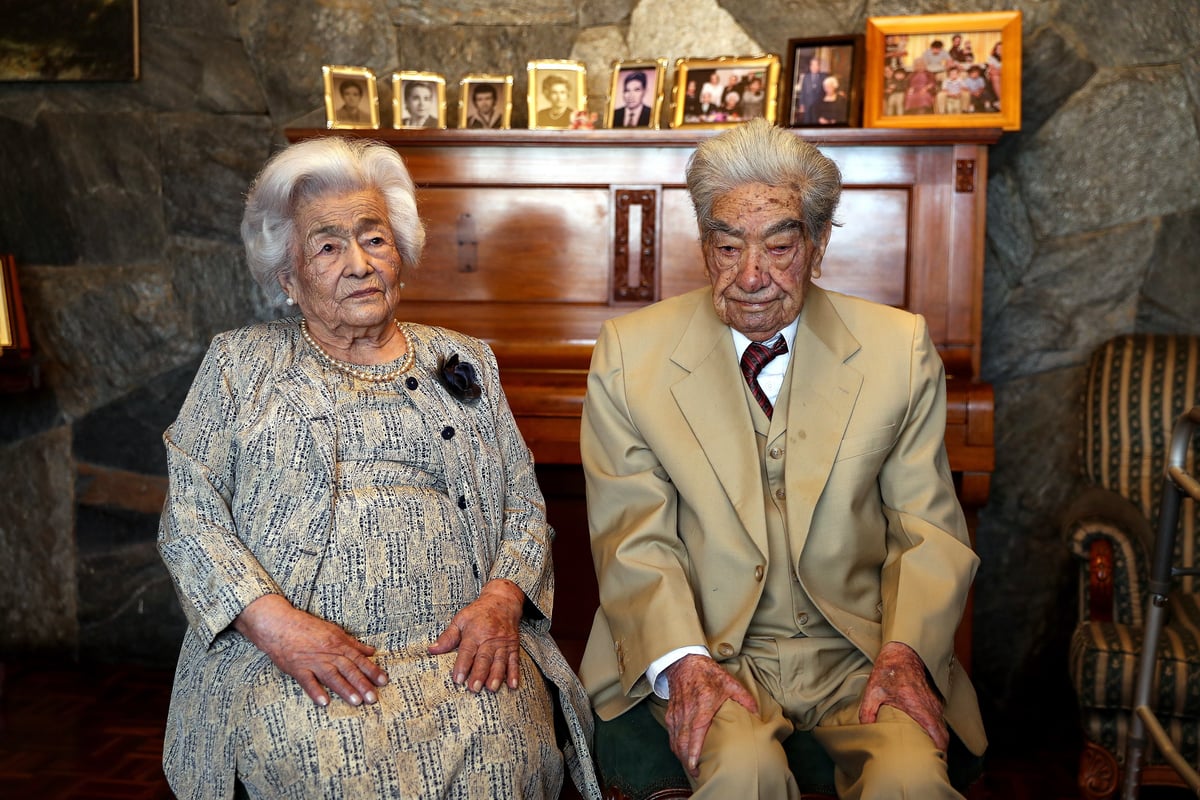 Julio Mora and Waldramina Quinteros have been married for 79 years, and have a combined age of 214. Image: AAP.

6. A new study by Canine Cottages found that a dog's heart rate increases when their owners tell them 'I love you'.

7. When Australia entered nationwide lockdown in March, pubs and breweries were left with outdated beer that they could not sell. Millions of litres of the unused beer was sent to the Glenelg Wastewater Treatment Plant in South Australia where it was converted into renewable energy. It was so effective, it boosted renewable energy generation to 654 megawatt hours in a single month.

8. Band-aid announced a range of racially-inclusive bandages that come in light, medium and deep shades of brown and black skin tones. Band-Aid was established in 1920, and previously launched a ranged of diverse bandages in 2005, before they were later discontinued, apparently due to low demand.

We hear you. We see you. We’re listening to you.⁣ ⁣ We stand in solidarity with our Black colleagues, collaborators and community in the fight against racism, violence and injustice. We are committed to taking actions to create tangible change for the Black community.⁣ ⁣ We are committed to launching a range of bandages in light, medium and deep shades of Brown and Black skin tones that embrace the beauty of diverse skin. We are dedicated to inclusivity and providing the best healing solutions, better representing you.⁣ ⁣ In addition, we will be making a donation to @blklivesmatter.⁣ We promise that this is just the first among many steps together in the fight against systemic racism.⁣ ⁣ We can, we must and we will do better.

9. Australian swimmer Chloe McCardel surpassed the male record for the most crossing of the English Channel. She has now completed the crossing from England to northern France 35 times.

10. The New Leaf Project, based in Canada, gave $7,500 to homeless people in Vancouver to see how they would spend it. They found: 'The direct giving model has been proven to empower recipients to find housing and purchase goods that improve their lives, while restoring dignity, confidence and a sense of well-being.' A year after the cash transfer, most recipients still had $1,000 in savings.

11. Tasmanian devils have returned to Australia's mainland for first time in 3,000 years. The Aussie Ark hopes the animals will breed and produce joeys, eventually resulting in a self-sustaining wild population.

12. New Zealand's Prime Minister Jacinda Ardern, who was re-elected for her second term over the weekend, has pledged to achieve 100 per cent renewable energy in the country by 2030. On a similar note, Canada's Minister of Environment and Climate Change, Jonathan Wilkinson, announced their next steps to achieving zero plastic waste by 2030. By the end of 2021, he said, the country will have a ban on single-use plastics like bags and straws.

13. In June, Oscar Saxelby-Lee, a six year-old boy from Worcester in England, returned home from Singapore after receiving treatment for his ‘incurable’ cancer. The young boy, who was suffering from acute lymphoblastic leukaemia, has now been cancer-free for six months in what is an extraordinary recovery. His story gained widespread media attention last year when thousands of people in his local community lined up at a hospital to see if they were a suitable stem cell donor for him.

Sign up for our newsletter ‘The Pick Me Up’, for a self care guide filled with feel-good and helpful stories to get you through your day.