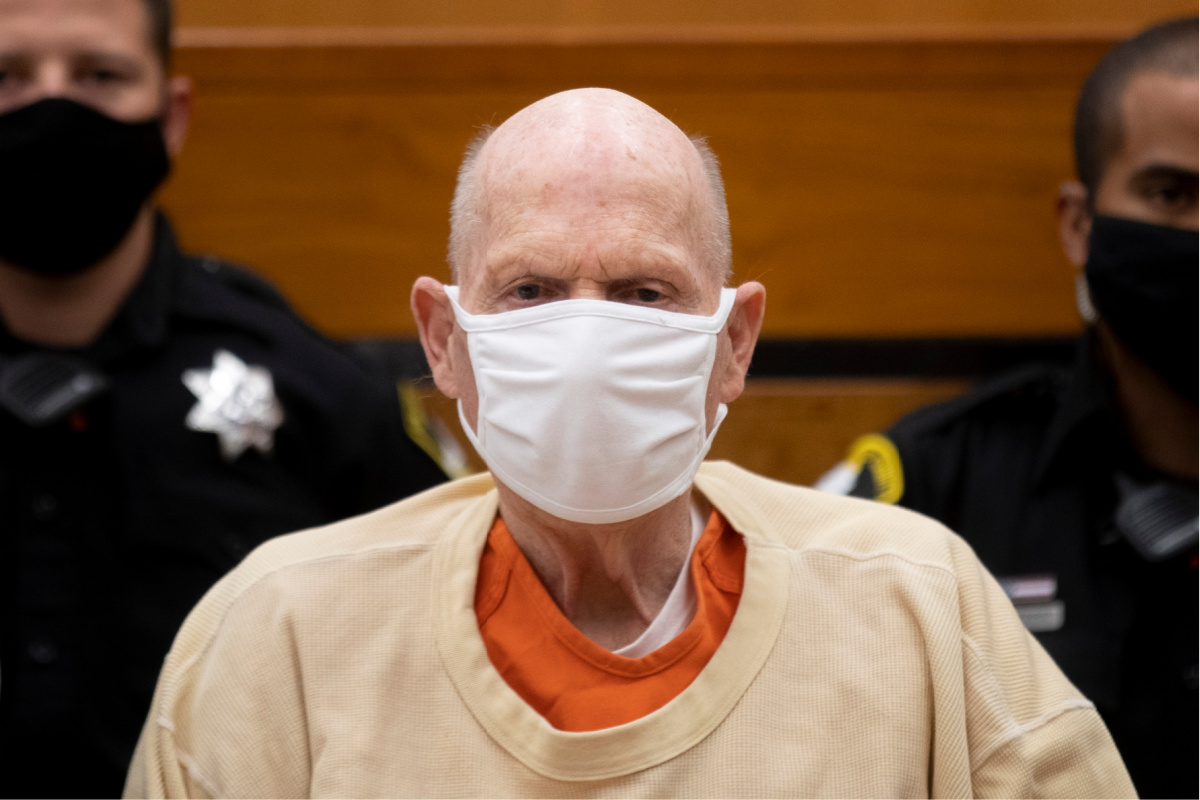 “I didn’t hear him come in, I didn’t hear anything. And all of a sudden, there was someone standing in my door, the bedroom door.”

It’s been more than 40 years since a masked man wielding a knife snuck into the home of a 23-year-old woman in Rancho Cordova, Sacramento, in the early hours of June 18, 1976.

She woke to a tapping sound, and initially thought the man standing at her door was her dad. But when he turned the light on, she saw a man tapping a knife against the frame of her bedroom door, wearing a dark-coloured t-shirt, a ski mask and gloves. He was naked from the waist down.

Terrified, she threw her sheets over her face, but the man ripped them off and held a knife to her temple.

He demanded she take her clothes off, and paced the room while he waited. He then tied her hands behind her back, and raped her.

Leaving the room briefly, he returned with the electrical cord of her hairdryer, and tied it around her ankles. He used her clothing to gag her, before taking money out of her purse, and some of her jewellery. At one point, she heard the man’s voice say, “I told you to shut up!” to what she assumed was another person in her home. Then there was silence.

Lying on her bed, the woman was frozen - terrified to move in case the man was still in her home. She hadn't heard the front door close. But she eventually made her way to her father's bedroom, and called the police.

After the attack, the woman told police she believed she had been stalked for a month beforehand. She had started to notice a familiar vehicle driving near her house, and when she looked at the driver, he turned away. She'd also received a number of hang-up phone calls. Then, the night the man broke into her home, her father had been out of state on a work trip.

Over the next six months, another nine rapes took place within notably close proximity to each other. The attacker's modus operandi was distinct. He wore a ski mask and wielded a knife, he seemed to know personal details about his victims, he stole small amounts of money and jewellery, would often make himself food or eat in the victim's home, would pretend to speak to another person, though he didn't seem to have an accomplice, and would plan his break in for when women's husbands or fathers were away. Many women also reported that his penis was particularly small.

By November 1976, the news of the East Area Rapist had spread into the mainstream media, and a series of town hall meetings were held at Del Dayo Elementary School to deal with the concerns of the community. On the second night of these meetings, a man named Frank Rosalli stood up and berated law enforcement, angrily asserting that where he came from in Italy, these crimes would've been solved. He yelled that he wouldn't stand by while someone raped his wife.

Six months later, in May 1977, 26-year-old Joan Rosalli, the wife of Frank, woke up at 1.30am to a bright light in her eyes. She saw the silhouette of a man wearing a mask and holding a gun, and he stuttered as he demanded she look at him. He threw a pair of shoelaces at her and told her to tie up her husband, warning them that if they moved or made a sound, he would kill everyone in the home. Joan and Frank's two sons were sleeping in their rooms.

He placed a saucer and bowl on the husband's back in the couple's bedroom, and in the living room, raped Joan Rosalli.

By February 1978, 29 victims had been attacked in the Sacramento area. While the East Area Rapist had threatened to kill on several occasions, he had never followed through.

It was a quiet evening around 9pm on February 2, when 21-year-old Brian and 20-year-old Katie Maggiore were walking their small dog, Thumper, in Rancho Cordova. They encountered a man who chased them into a nearby backyard, and shot Brian Maggiore in the chest. His wife, Katie, was found lying at the gate leading to the front of the house. She had been shot in the head.

He wouldn't kill again for more than a year.

At 2am, on October 1, 1979, a woman woke to her bed shaking. She quickly saw that a man standing inside her room was violently kicking her bed. He shone a torch in the face of the woman and her boyfriend, who was lying beside her, and hissed, "get on your stomachs".

He ordered them to tie each other up with ligatures he threw at them, and started rummaging through their home, before dragging the woman, who was blindfolded and naked, behind the lounge.

Hearing his voice muttering, "Now I'm going to kill you... cut your throat," the woman started hopping towards the front door, but slammed loudly into a wall. Her attacker grabbed her, put a knife to her throat, and dragged her back inside.

In the meantime, her boyfriend had escaped from their bedroom, and captured the attention of a neighbour. When the East Area Rapist went to check on the boyfriend, the woman ran outside, and flagged down a passing car. The assailant quickly sped off on a bike.

This was the last time any of his victims would survive.

Over the next two years, he would attack five more homes, murdering a total of 11 people. But in the early 1980s, he stopped.

For almost five years, there were no recorded attacks by the East Area Rapist. It was thought he may have been arrested for another crime, had moved away, or had died. Then he struck again.

In May 1986, 18-year-old Janelle Cruz was sitting in her bedroom with a male co-worker when they both heard a noise outside. When they went to investigate, there was nothing there. At approximately 10.45pm, the man left, leaving Janelle at home alone, since her parents were on holiday.

The next afternoon, a real estate agent hoping to show the home to a prospective buyer found Janelle Cruz's body lying diagonally across her bed. She had been raped and brutally murdered.

Police believe this was the final killing of the East Area Rapist, whose became known in the later years of his attacks as the Original Night Stalker. In ten years, he murdered at least 12 people and raped up to 50. Then there was silence.

It was a cold case of a sickening kind.

Then, in April 2018, 72-year-old Joseph James DeAngelo was arrested in Citrus Heights, Sacramento. A discarded DNA sample from the scene of Brian and Katie Maggiore's murder led police to the ex-policeman. 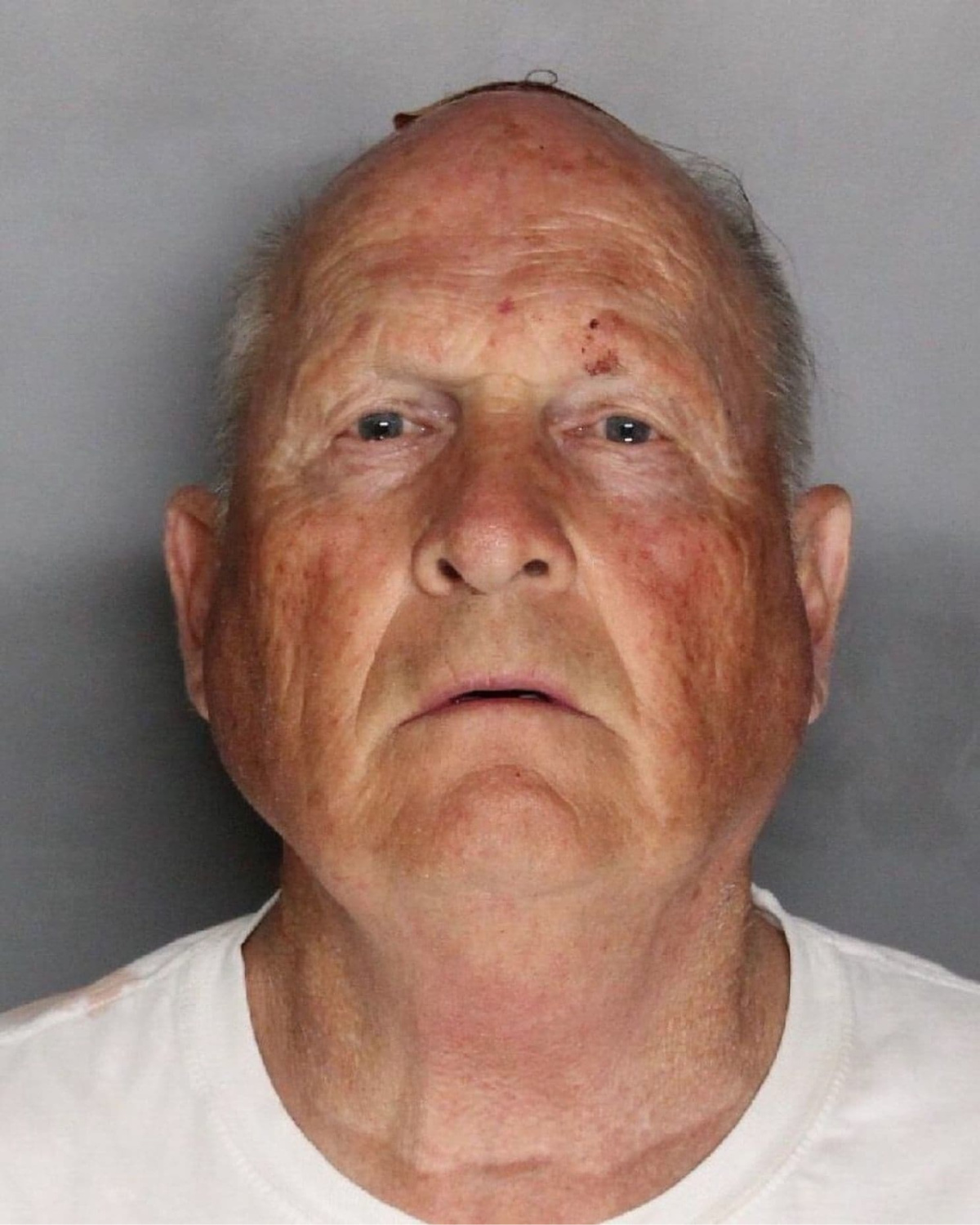 Unbeknownst to DeAngelo, his third and fourth cousins had used genealogy website GEDmatch to try to map their family tree. The distant relatives had sent in saliva samples to a service such as 23andMe and Ancestry.com for DNA profiling, and had then shared that profile to GEDmatch to try to find relatives and trace their heritage.

GEDmatch’s database of 900,000 DNA files is free and accessible to the public. For this reason, police do not require a court order to access this data.

Lead investigator Paul Holes used DNA collected from Golden State Killer’s crime scenes to search the database for a match. When Holes was alerted to the partial DNA match with the cousins, detectives traced the family tree to find a man who would match descriptions given by surviving victims.

In June 2020, DeAngelo, 74, pleaded guilty to 13 murders and 13 rape-related crimes under a plea deal to avoid the death penalty.

But before sentencing took place, DeAngelo stood from his wheelchair, removed his mask and spoke to his victims.

"I listened to all your statements, each one of them, and I’m truly sorry for everyone I’ve hurt," he said.

He also admitted to many more assaults. Specifically, 87 victims at 53 locations across 11 counties in California during the period of 1975 to 1986. However, the statute of limitations on those cases has expired, meaning he cannot be prosecuted.

You can find Casefile's comprehensive five-part podcast about the East Area Rapist here.