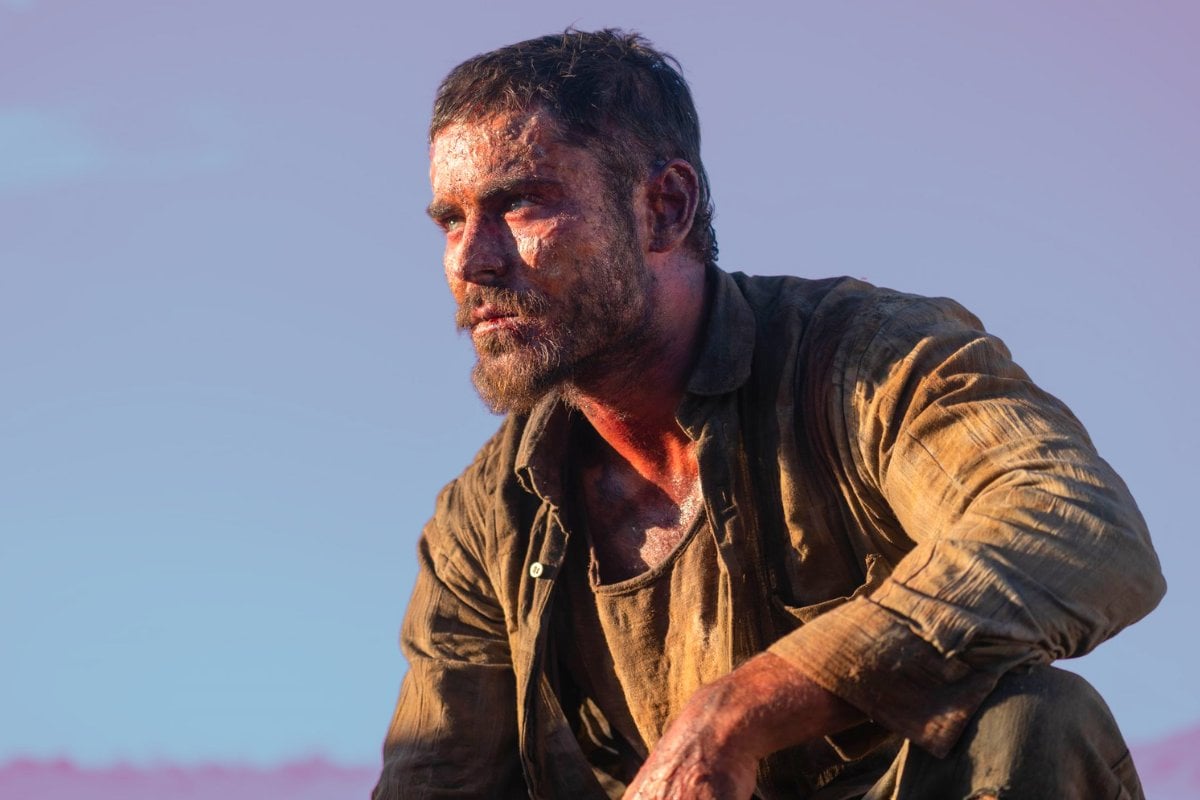 At this point, Efron's character - known only in the credits as Man One - has been living amongst the brutal, intense elements of the desert for several days. He's injured, burned and very, very dirty. There are scorpions and wild dogs, and that big, inescapable burning ball in the sky threatening him every second of the day.

"I can handle it," he says throughout the film. When he touches his frying neck, you realise you don't believe him.

Gold is Efron's first Aussie production. It centres around his character, who travels with Man Two (Anthony Hayes) through the desert, where they stumble across an enormous nugget of gold. It's so big they cannot possibly excavate it with their bare hands, so Hayes' character heads out to get bigger machinery, leaving Man One alone in the elements to guard their treasure.

Here, alone, he struggles against nature and loses grip on his sanity.

The film is full of ambiguity. Viewers aren't given details about the setting or any context about what is going on in the world, besides the fact that it's... not great. The characters have different accents and go nameless, because in brutal nature like this, it doesn't really matter who you are. 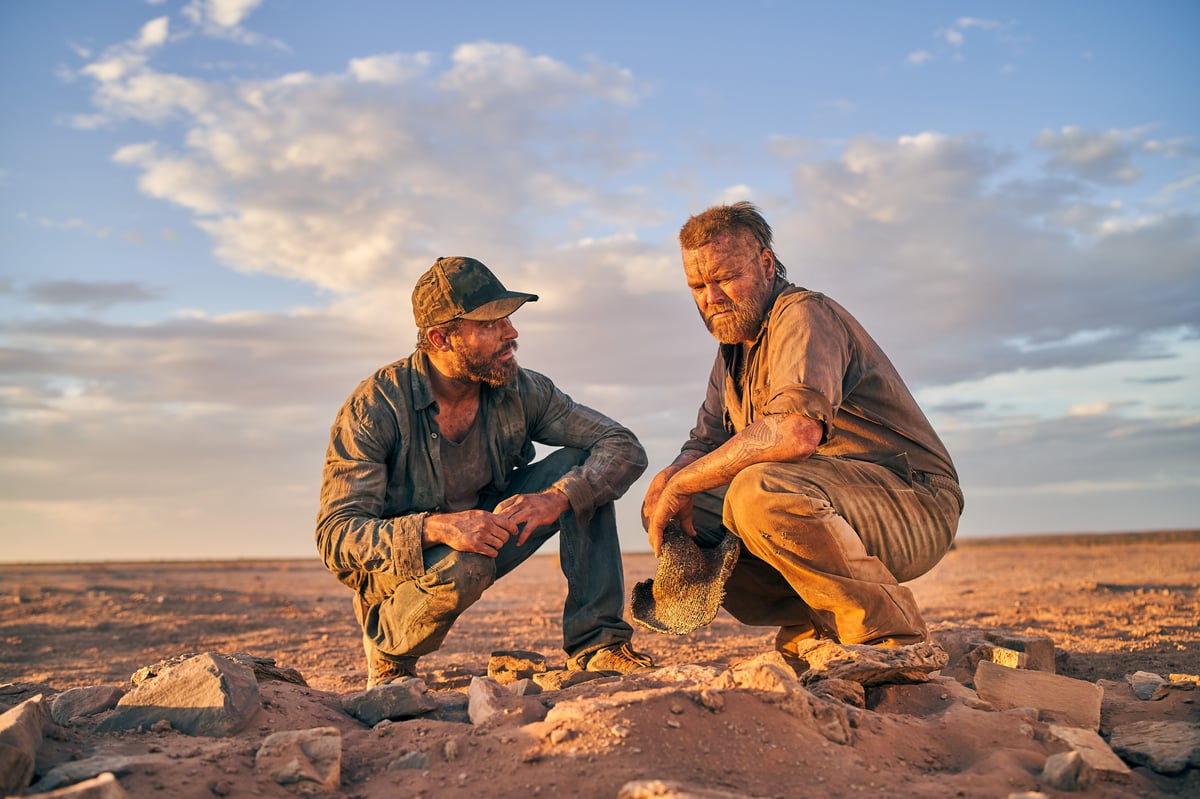 As you watch Gold, you'll find yourself asking a lot of questions.

What would you do if you found gold like this? Would you rather be the one to stay or head back to town? Why doesn't Efron put his hat back on? No seriously, mate, WHY ARE YOU NOT COVERING YOUR NECK? Plus, the biggest question of all: what are you willing to lose to gain a fortune?

Efron's Man One is alone on camera for most of the film. There's limited dialogue, so Efron's physical acting does much of the heavy lifting, both physically and metaphorically, as he makes complex choices in his quest to survive.

Porter plays a desert dweller with a loathing of humans, known only in the credits as 'The Stranger'. To say anything about her character would give away one of the movie's biggest twists.

Speaking to Mamamia, Porter said she was drawn to the project not only as a big fan of Hayes' work, but because of the acting challenge it presented. 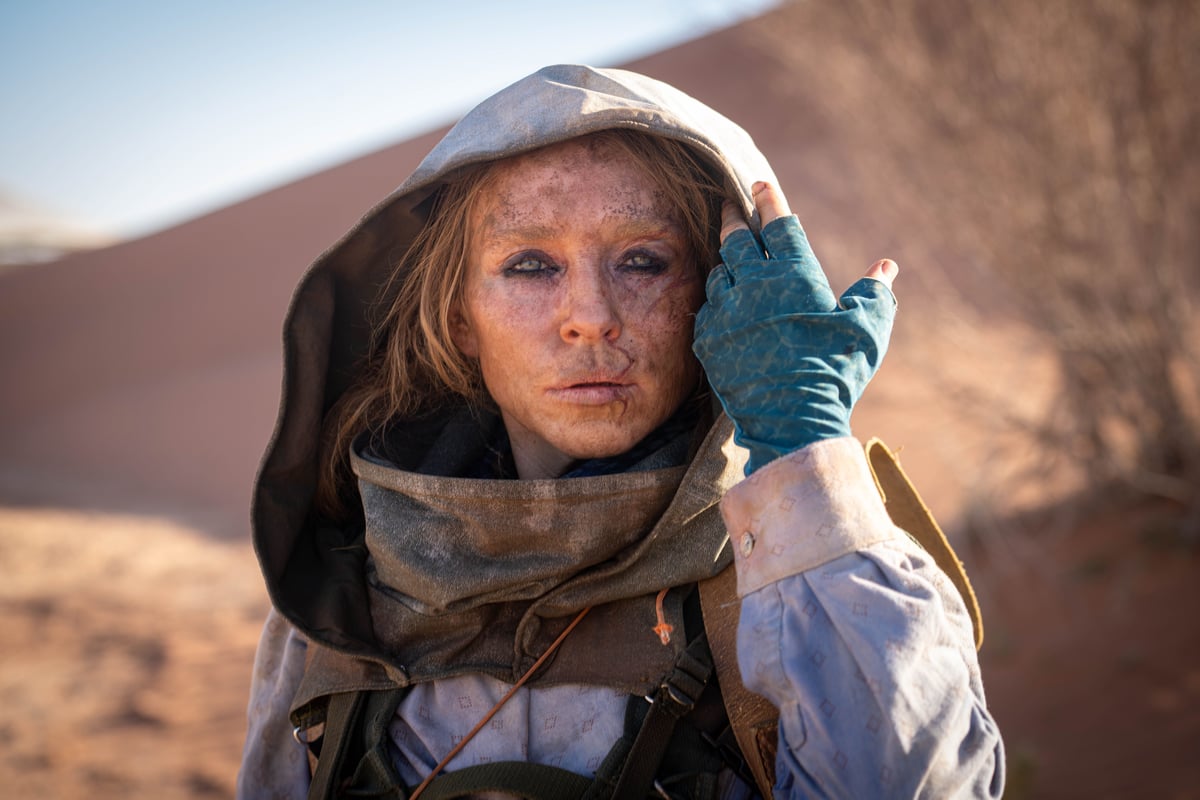 She wasn't given anymore information about her character than the viewers, leaving her to come up with her own background and interpretation of the woman walking the desert.

"I've just come off four seasons of Wentworth, where you're doing 40 episodes of the one character. That character's like putting on a really comfortable coat," she said. "So this was definitely a stretch, in humanising these characters... All I knew was my 'big thing' was trying to protect the land in some way, and I had to go from there. I kind of just went with the flow, just tried to be in that world as much as I could."

It's hard not to be 'in' that world when filming on location in the beautiful, harsh Flinders Ranges region of South Australia.

Filming took place in November and December 2020, and throughout that time cast and crew contended with extreme heat, harsh sun and sandstorms, including one which makes it into the film.

Porter recalled one day where it was simply too harsh to shoot.

"There was a day where it was like 46 degrees, which meant that the annual ground temperature was like 60 or 70 or 80 or something incredible. I think working in that oppressive heat and also the flies, you know, the flies are really full on and obviously because I'm a desert dweller, I couldn't really swat them away. So that was a little challenge, it can be really oppressive." 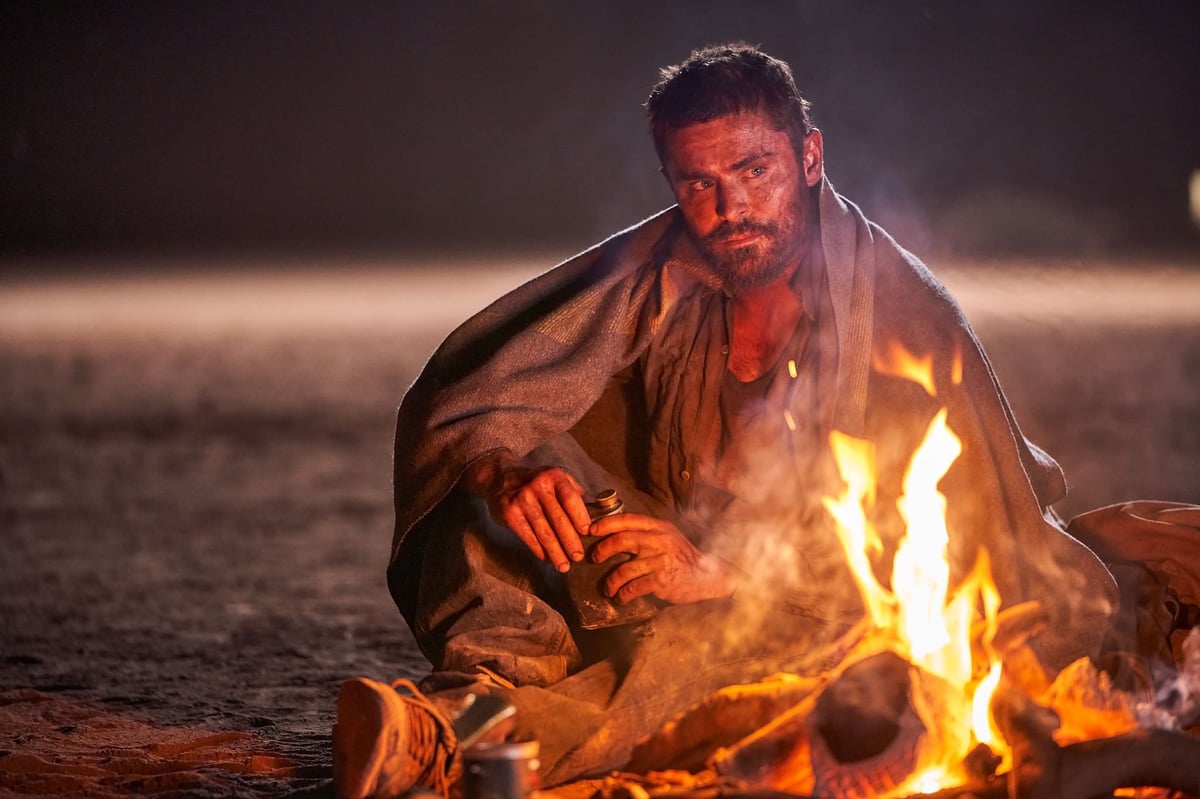 Efron praised Porter's performance by saying he did not believe she had ever gone so far for a role. She agreed, working with a dialect coach to perfect an Irish accent and spending hours in the makeup chair to ensure she did look like she'd been wandering the desert for years.

The respect between the actors is clearly mutual, as Porter has nothing but praise for her famous co-star, who she pointed out spent much longer in the makeup chair.

"He was wonderful. He is just such a down-to-earth, lovely fellow. And really easy to work with, and really collaborative," she said, adding that he never once complained about the testing working environment.

To do so would've been futile, of course. One of the main takeaways from the movie is that nature is the great equaliser.

Gold treads that line between being both entertaining and thought-provoking well, treating its themes more like the scorpion lurking just out of frame than the grime compounding on Efron's face.

It's common for movies to extend beyond 150 minutes long these days, but Gold's running time just passes the 90 minute mark. It's concise, without the need to flesh out background details, but keeps its twists and turns going right up until the last moment.

And you'll be left thinking about what you'd have done in that circumstance long after the credits.

The Stan Original Film Gold will be exclusively streaming on Stan from January 26.