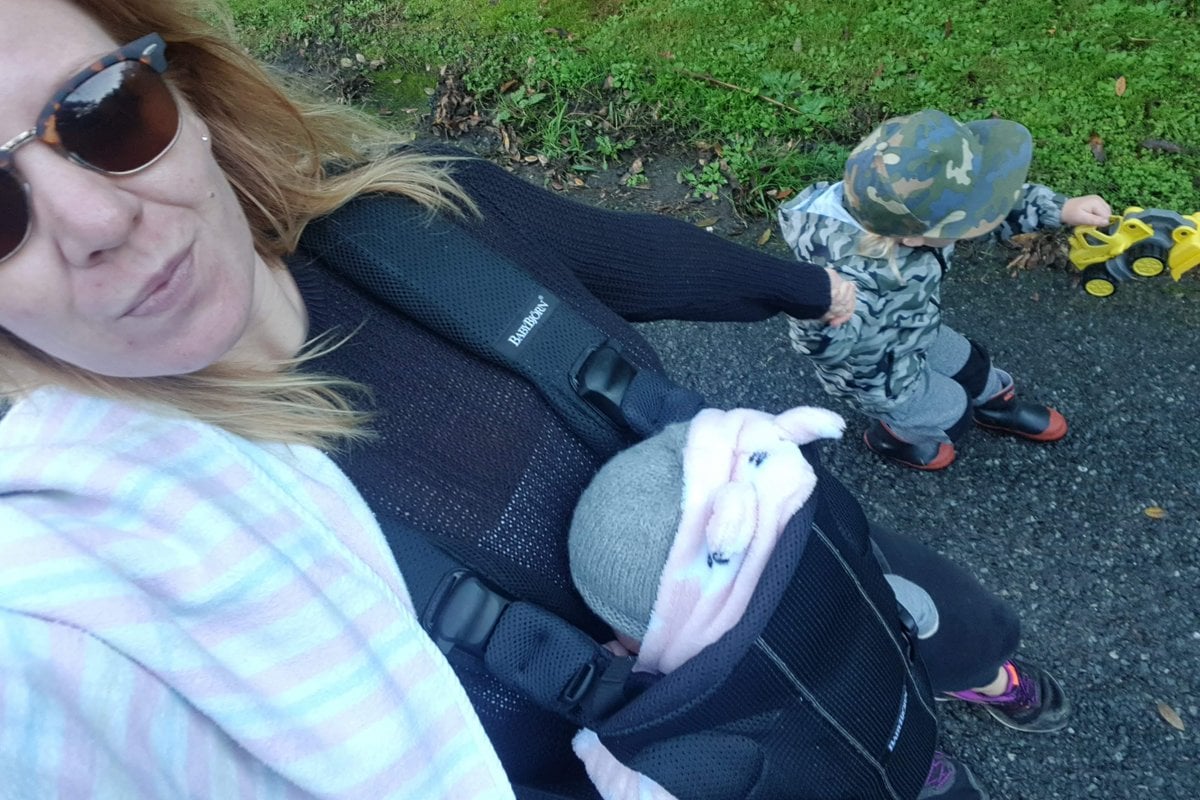 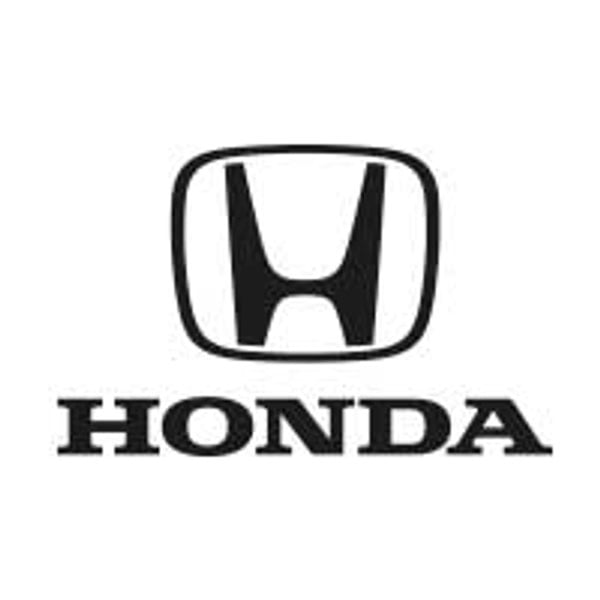 Thanks to our brand partner, Honda

Let’s be real, I’ve read a lot of baby books.

And listened to plenty of podcasts about child-rearing.

And probably scrolled through the best part of a million parenting articles.

But who knew that the most apt advice I’d get about becoming a mum-of-more-than-one would come from Kris Jenner of Kardashian family fame?

It didn’t take long after my daughter Georgie was born, two years after my son Max, to realise that she was oh so right. 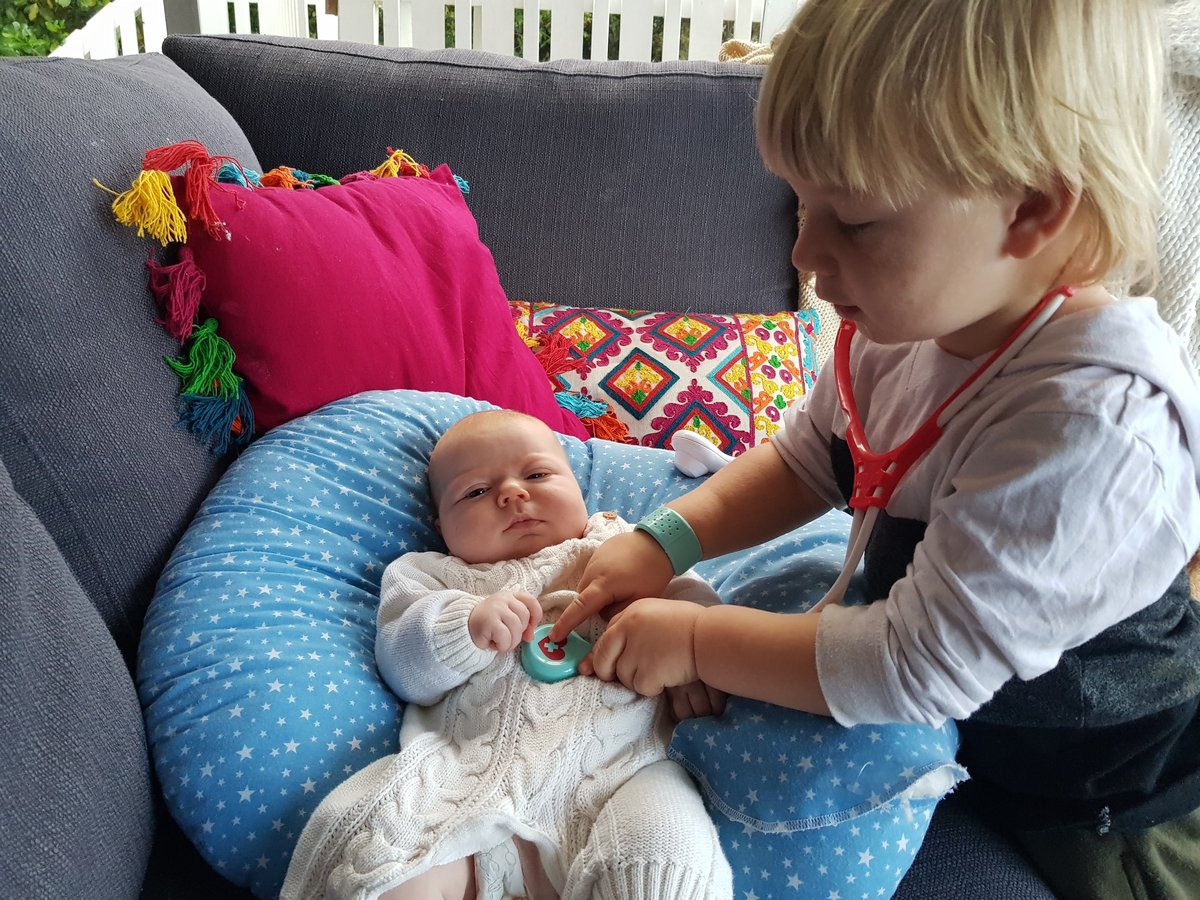 No one tells you about the juggle of two.

They don’t tell you that you’ll suddenly need four extra hands, or that if one sleeps, the other definitely won’t. They don't tell you how you'll suddenly become obsessed with the boot space of a car.

So, what else did I learn about leaving that neat little life as a mum-of-one? Well, let’s go…

OK, maybe not completely fully grown. But once you give birth to baby number two, your firstborn seems to grow into a little person overnight.

They shed any resemblance of being a baby as they step into role of big bro or big sis. They start becoming more independent. They don’t want to be babied anymore.

It’s slightly unnerving, massively heartbreaking and also kind of awesome, all at the same time. Oh, the minefield of parenthood.

2. Leaving home is a big deal. 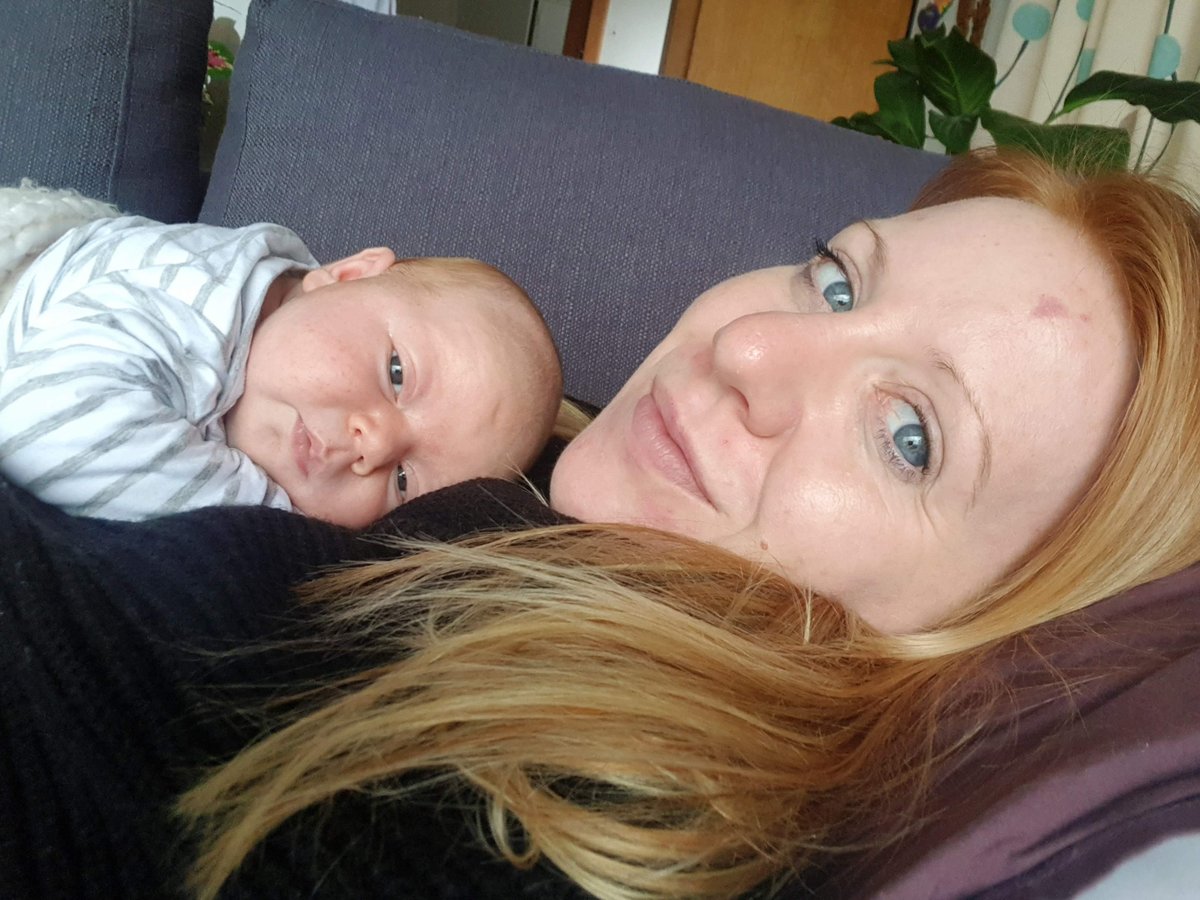 OK, time to get up. Maybe...later. Image: Supplied.

And it took me a good six months to master the skill of loading a car up with a new baby, toddler, scooter, pushchair and the suitcase of supplies needed for the smallest of journeys.

Thankfully, certain cars are designed to ease the troubles of travelling with kids. The new Honda CR-V not only has the huge boot space I talked about above, with extra storage under the seats, but is also uniquely designed with 90-degree rear doors which makes it easier to load and unload a baby seat or capsule.

You can choose a five or seven-seater, the latter of which has 10 cupholders. They also have a super useful conversation mirror so you can check on both their little faces in the back without turning your neck, which would be unsafe. It’s all about the details, isn’t it? 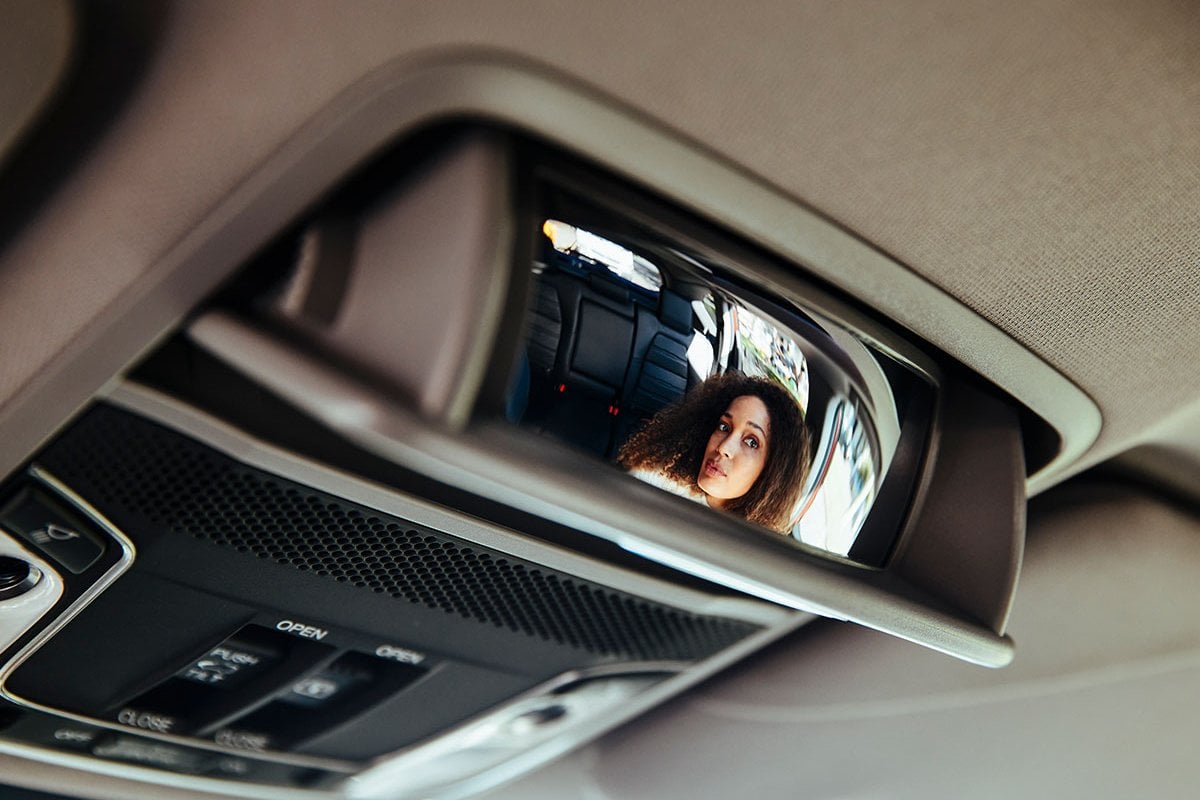 I SEE YOU. Image: Honda.

3. You’ll realise how easy babies are.

What was I even complaining about with my first? Babies are an absolute dream when you compare them to the tiny terrors that are toddlers.

For the best part, Georgie just sat there looking out the window for six months. Sometimes I forgot she was even there until she gave a light holler for a little milk.

Babies are compact, cute and – unless you’re battling reflux or something similar – sleep for nice stretches in the day so you can recharge. 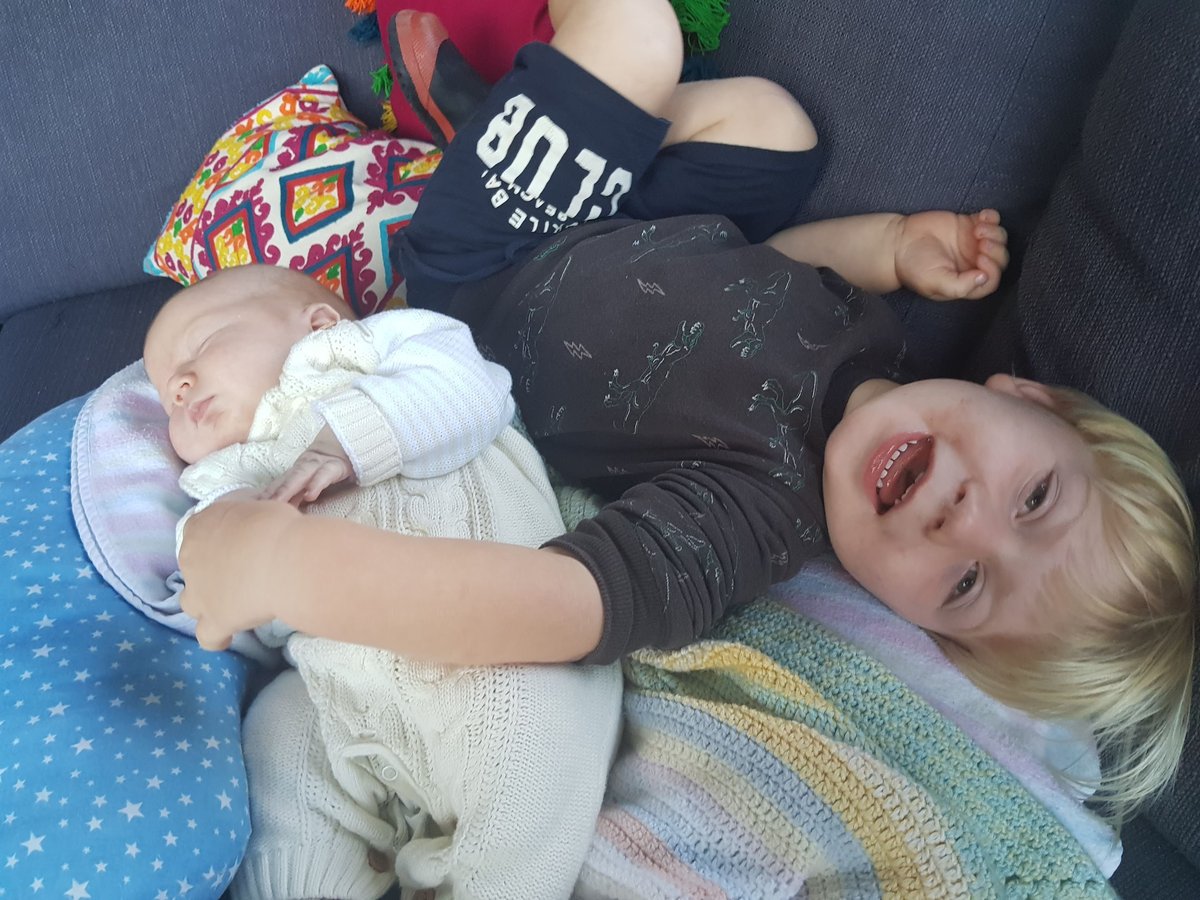 Georgie somehow managed to sleep with this one around. Image: Supplied

4. You forget all the rules.

All mamas, even the most relaxed, have little rules about how they want to parent. But those rules go out of the window in the first year of parenting two.

The TV becomes a surrogate parent to your eldest. Eggs can be served at any meal and in any form. And if you and your children are wearing anything that kind of resembles clothes, then you’re winning.

The first year is about survival. You can claw back the rules once you’ve got into the swing of life as a mum of two and you will.

When it comes to parenting, the joy is in the detail. That's why we've partnered with the new Honda CR-V, the perfect car for couples, families or anyone who appreciates the special features that make life less stressful. Things like advanced safety technologies, Apple CarPlay and, yes, all that boot space.

The New Honda CR-V is intuitively designed to help you master the joys of family life. Featuring Honda Sensing advanced safety systems, seamless connectivity, space aplenty and clever storage to boot, the CR-V makes every journey more enjoyable. On every drive there will always be little details to delight in. Like the 90 degree rear doors for easy loading and unloading, or the clever conversation mirror that lets you keep an eye on the backseat. Plus it’s available in 5 and 7 seat options, so there is guaranteed to be a CR-V to bring you joy.