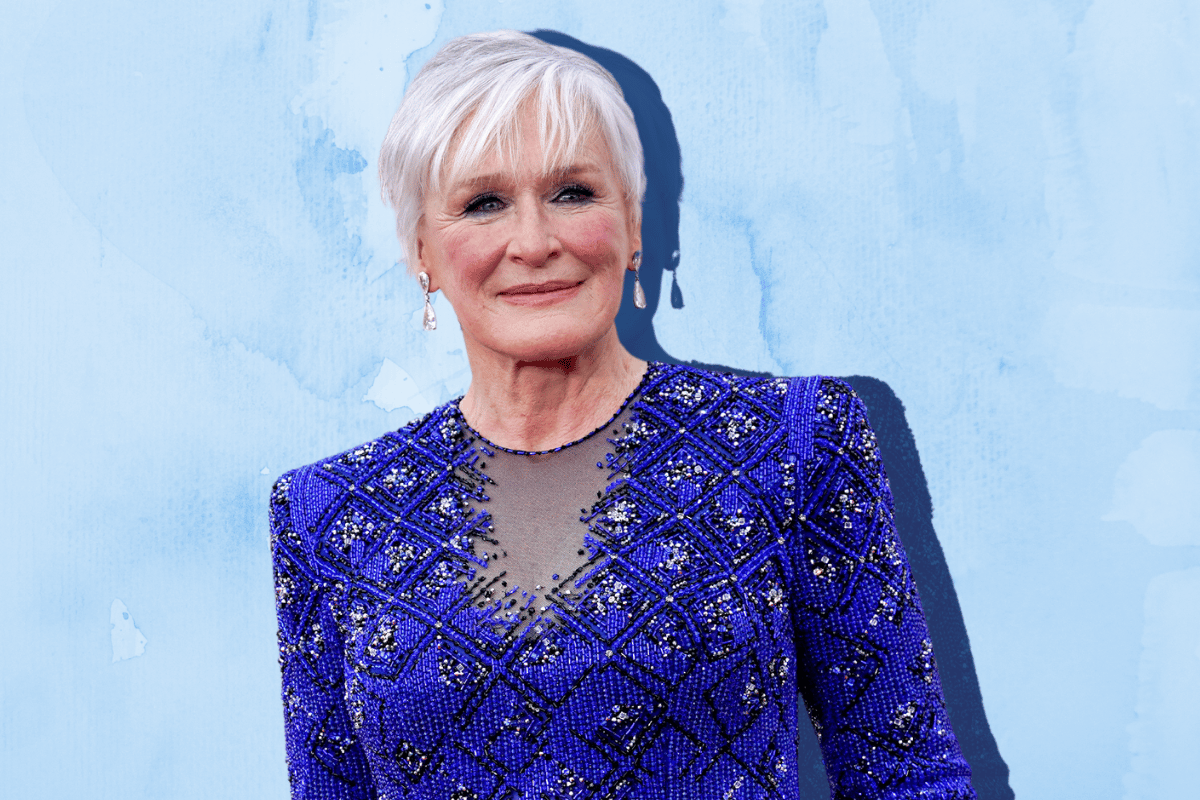 It was a group that Close would later go on to say was "basically a cult".

"Everybody spouted the same things and there was a lot of rules, a lot of control. It was really awful," she said on Oprah Winfrey and Prince Harry's mental health Apple TV+ docuseries, The Me You Can't See.

"Because of how we were raised, anything that you thought you would do for yourself was considered selfish."

Watch the trailer for The Me You Can't See. Post continues below.

For the next 15 years, the soon-be Hollywood actress lived with her family in the group's headquarters in Switzerland until she was 22.

"We never went on any vacations or had any collective memories of stuff other than what we went through, which was really awful."

It was during her time at college, when Close decided she wanted to leave.

"I felt like there was a stamp on my forehead," she explained on the WTF with Marc Maron podcast in November.

"And I felt a sense of terrible shame. It wasn't my fault. But I felt terrible shame, and it really wreaked havoc with me and my siblings. It's devastating to go through something like that when you're that young."

Looking back at her time with MRA, the 74-year-old shared that growing up in the cult impacted her ability to have lasting relationships, having been divorced three times.

"Because of the devastation, emotional and psychological of the cult, I have not been successful in my relationships and finding a permanent partner and I am sorry about that," she explained in the docuseries.

"I think it is our natural state to be connected like that. I don't think you ever change your trigger points, but at least you can be aware of them and maybe avoid situations that might make you vulnerable, especially in relationships."

"It's astounding that something you went through at such an early stage of your life still has such a potential to be destructive," she added. "I think that's childhood trauma. I am psychologically traumatised."

These days, the actress lives in Montana with her two sisters, Tina and Jessie Close, as well as their families.

"Here I am at this point in my life after 45 years of being an actress getting comfort and companionship on a regular basis from my family," she said.

Here's everything we know about the award-winning actress' life in the spotlight.

Breaking into Hollywood at 35.

For Close, success in Holywood came slightly later in life.

Before she made a name for herself on the big screen, she began her career on stage performing in Broadway plays like Love for Love and Barnum.

At 35, she made her Hollywood film debut in The World According to Garp, where she played Robin Williams’ mother. The role saw her earn her very first Oscar nomination.

"I’m not the classic, perfect Hollywood beauty," she told The Hollywood Reporter.

"I played Jenny Fields in The World According to Garp when I was thirty-something, so I missed playing the ingenue. Also, I don’t think I have the kind of looks for those kinds of parts." 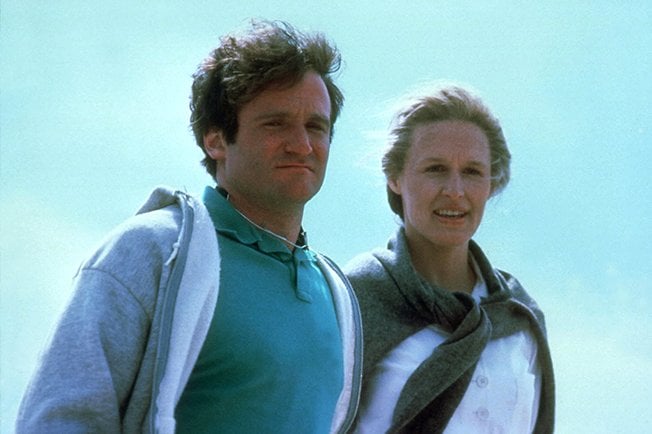 Robin Williams and Glenn Close in The World According to Garp. Image: Warner Bros.

Close went on to receive two more Oscar nominations for her roles in the 1983 film The Big Chill and 1984's The Natural.

Three years later, she starred as Alex Forrest in the block-office hit Fatal Attraction. It's a role that Close is greatly remembered for today, but one that producers initially didn't think she was right for.

"If you read Sherry Lansing’s book, there’s a section about the casting of me in Fatal Attraction. It’s hysterical," she told the publication.

"Some of the producers were absolutely adamant I was wrong for the part because they didn’t know if I could be sexy. I loved it when I learned that. Thank god I didn’t know it then. They didn’t even want to meet me when I came out to Los Angeles to audition because they were so mortified that they’d just have to turn me down."

From there, the actress continued to forge a successful career in TV and movies, appearing in Dangerous Liaisons, 101 Dalmatians, Damages and Guardians of the Galaxy.

Throughout her 40 year career, she's pocketed three Golden Globes, three Tony Awards and three Emmys. But she is famously without an Oscar - despite receiving eight nominations.

Just last month, the 74-year-old missed out on an Oscar for best supporting actress for her role in the film Hillbilly Elegy.

But Close certainly doesn't think she's a "loser". And nor should she.

"Who in that category is a loser? You’re there, you’re five people honoured for the work that you’ve done by your peers. What’s better than that?" she told The Associated Press.

A post shared by The Real Glenn Close (@glennclose)

Three marriages and a daughter.

Close has kept her relationships relatively private over the years.

The actress married her first husband, Cabot Wade, when she was just 22.

According to People, she met Wade when she co-founded a Moral Rearmament singing troupe after graduating highschool.

"I think that was basically an arranged marriage, actually," she told Parade. "That’s a whole other story."

The marriage ended in an early divorce and Close went off to college where she "really kind of started being myself [and] coming alive".

After her divorce, Close went on to have a three-year marriage with businessman James Marlas and a four-year relationship with producer John Starke, with whom she shares her 33-year-old daughter, Annie Starke.

Interestingly, Starke - also an actor - played the younger version of Close's character in the 2017 film The Wife.

"Being my daughter is something Annie has had to contend with her whole life," Close told the BBC. "I've always been aware of how difficult it has been for her sometimes.

"The thing that gives me great joy is that I think she'll have a phenomenal career. I've thought from when she was very little that she had a natural talent."

Close also told the publication that she deliberately didn't visit the set on the days her daughter was filming her scenes for the film.

"I didn't want Annie to feel her mother was hovering around... It was important she worked independently of me." 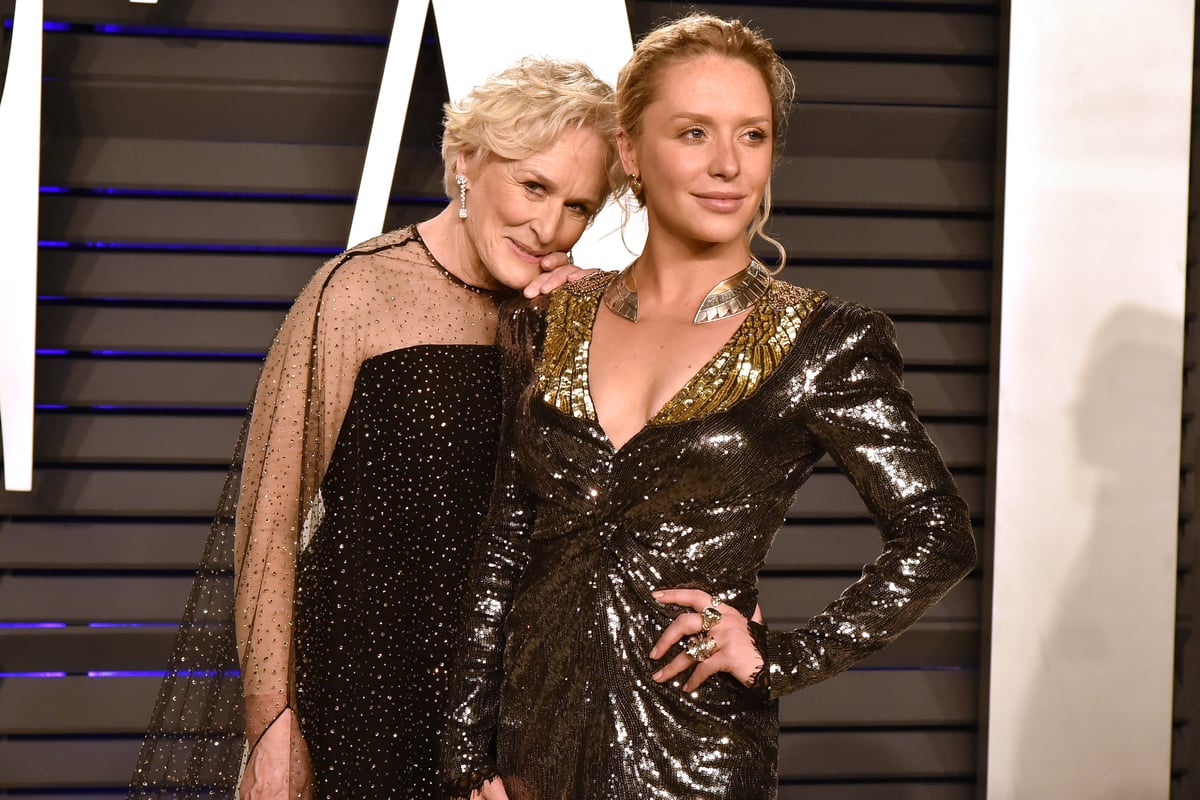 In the end, Close's relationship with her daughter's father didn't work out, and she went on to have a nine-year marriage with businessman David Shaw, which also ended in divorce.

Now single at 74, she wants to end the myth that older women aren’t sexual.

"It’s one of the great myths that you lose your sexuality as you get older," she told The Guardian in 2019.

"I feel as free and as creative, as sexual and as eager, as I ever have. And it’s ironic because I’m thinking: ‘How much time do I have left now?"

"There are so many things I’m interested in doing. It’s one of those ironies, I suppose, that we sometimes start feeling comfortable in our own skin only late in our lives, but hopefully with enough time to benefit from it."