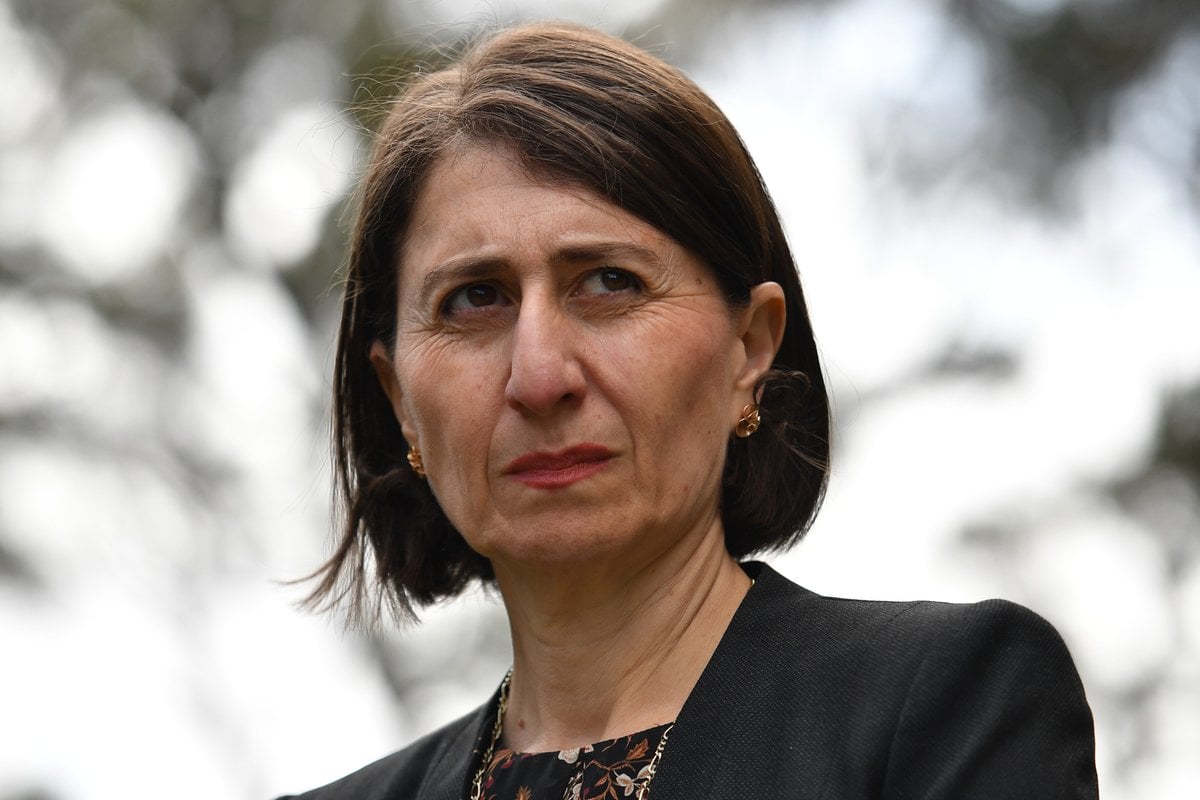 Like so many women, I’ve spent this week watching in horror as NSW Premier Gladys Berejiklian has been grilled over her love affair with utterly disgraced MP, and all-round numpty, Daryl Maguire.

Sadly, it seems your eligibility as a straight woman plummets the more impressive your LinkedIn profile becomes.

You see, the dating pool dries up rapidly when you become the ‘man’ your grandmother told you to marry.

But what happens when a straight woman becomes the boss? The depressing truth is that all too often, her closest companion is TV, popcorn and a nice Pinot Noir. Just ask Scandal’s Olivia Pope.

OK, so Olivia ended up with the handsome US President, but a 40+ woman marrying the leader of the Free World is the stuff of Hollywood.

Listen to the latest episode of Mamamia Out Loud where we discuss Gladys Berejiklian's relationship with Daryl Maguire. Post continues below.

 The strange man in IT who still lives with his mother

 Peter Pan who will never settle down

 The man who says he’s ‘practically separated’ - trust me, this man is still living at home and the ‘practical separation’ is very surprising news to his wife

It’s tough enough finding a decent, available man for us mere mortals. I can only imagine what it’s like when you’re running a state.

Is it any wonder that poor Gladys found comfort in the arms of well… a Daryl? And if the Daryls of the world are the only option for straight women, do we take Shakespeare’s advice to ‘get thee to a nunnery’ and be done with it?

Kylie Johnson is a lover of cold climates and even colder Champagne. She’s been ‘over 40’ for longer than she cares to admit and works as a communications director in the ‘spinster capital’ of Australia, Canberra. She is mother to a teenage son and will happily confess she has far too many dresses.

Reply
Upvote
"The morbidly depressed ... cynical divorced man"
Has anyone ever heard a (straight) man say: 'I just got out of a relationship; I'm enjoying being single'?
Conversely, has anyone ever had a (straight) man who just got out of a relationship not  scrunch up their face and bleat:  'My EX this! My EX that!'?
mamamia-user-825422936 5 months ago