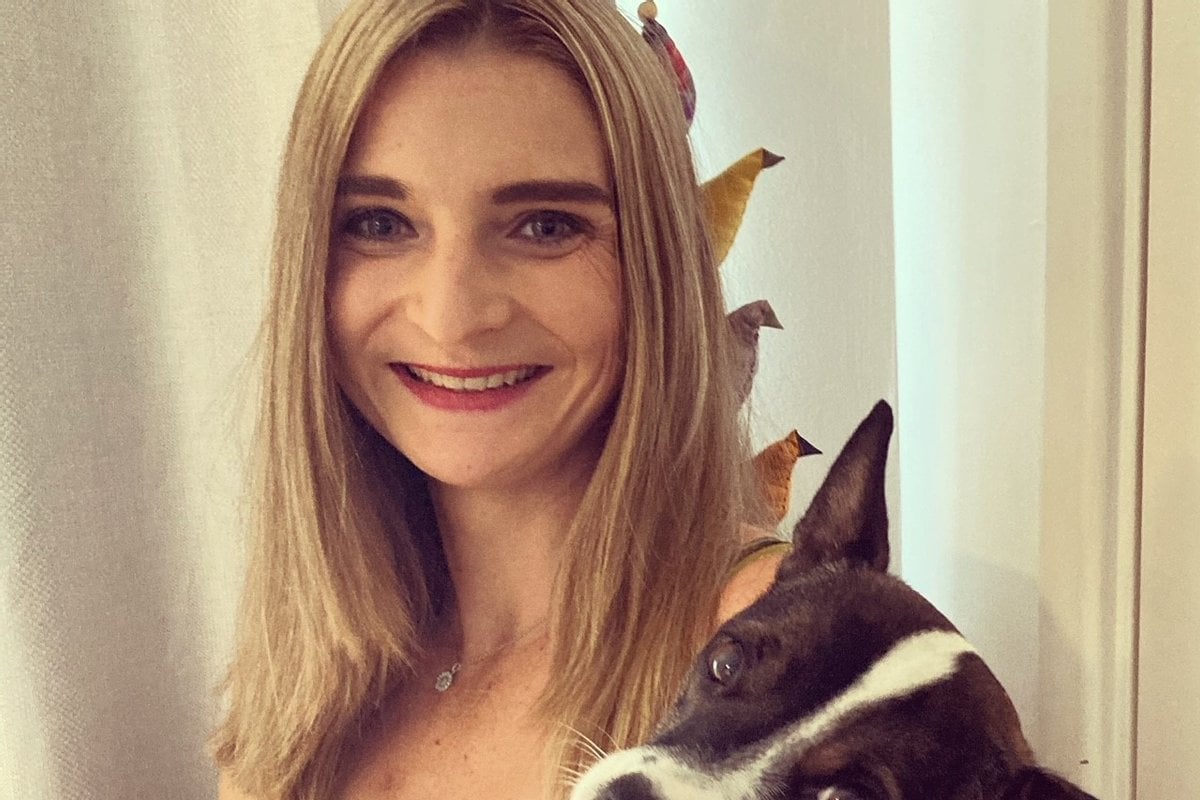 Throughout my twenties, I was in a toxic relationship with alcohol.

It gradually ate away at my self-esteem, self-confidence and self-worth, until I realised it wasn't worth it anymore. I deserved better, so I broke up with alcohol for good.

Drinking was of no interest to me as a teenager.

I was very focused on doing well at school and trained obsessively as a competitive runner. Being socially anxious, the thought of going to parties with boys and alcohol was terrifying.

That all changed when I hit university.

It wasn’t cool to not drink, and I was sick of being the shy girl I was in high school. An invitation to go to an older friend’s cocktail party was my opportunity to shake off that boring, innocent image.

Getting drunk for the first time was a totally foreign feeling of relaxation and confidence.

Watch: Your body one year without alcohol. Post continues below.

Finally, it was easy to talk to people and a lovely break from the anxiety which was always holding me back in social situations.

I didn’t want to miss out on anything the university social life had to offer so I decided to give up competitive running, because morning training sessions and hangovers don't mix.

I guess you can still go to parties sober, but isn’t alcohol an essential ingredient for making friends and fitting in?

My first year of university was fun. My girlfriends and I would get dressed up in our tiny dresses, get drunk off passion pop and go out clubbing together.

Most of it was innocent fun, but sometimes I drank to the point of blackout and my friends had to recount to me how I made a fool of myself the night before. But, that’s normal right?

The blackouts became more frequent, even to the point where I had to be picked up in an ambulance one night.

I was pumped full of fluids and discharged to my very disappointed parents the next morning.

Listen: The day Shanna realised she was an alcoholic. Post continues after audio.

My friends reassured me that I didn’t even drink that much, and my drink must have been spiked.

The concerned nurse at the hospital told me my blood alcohol reading was a very dangerous 0.2. In my mind it wasn’t my fault, so I chose to believe my friends.

My parents and younger sister tried to warn me about my drinking, but like anyone in a toxic relationship, I was deaf to anyone who told me my drinking was problematic.

At times when I was unhappy, I used alcohol to fill a void. When I was dissatisfied with work, going through a breakup or just feeling shit about myself, I drank to escape from my discomfort.

The escape was only short-lived. I would frequently blackout and wake up with awful hangovers and even worse anxiety trying to recall the stupid things I had said, done and texted the night before.

Alcohol made me the worst version of me and by my mid-twenties I was starting to question who I had become.

I was sick of drunk me sabotaging everything I worked hard for, so I decided to go back to running with a coach and training squad.

Running had always made me feel like the best version of me, so I figured focusing on it would force me to moderate my drinking. 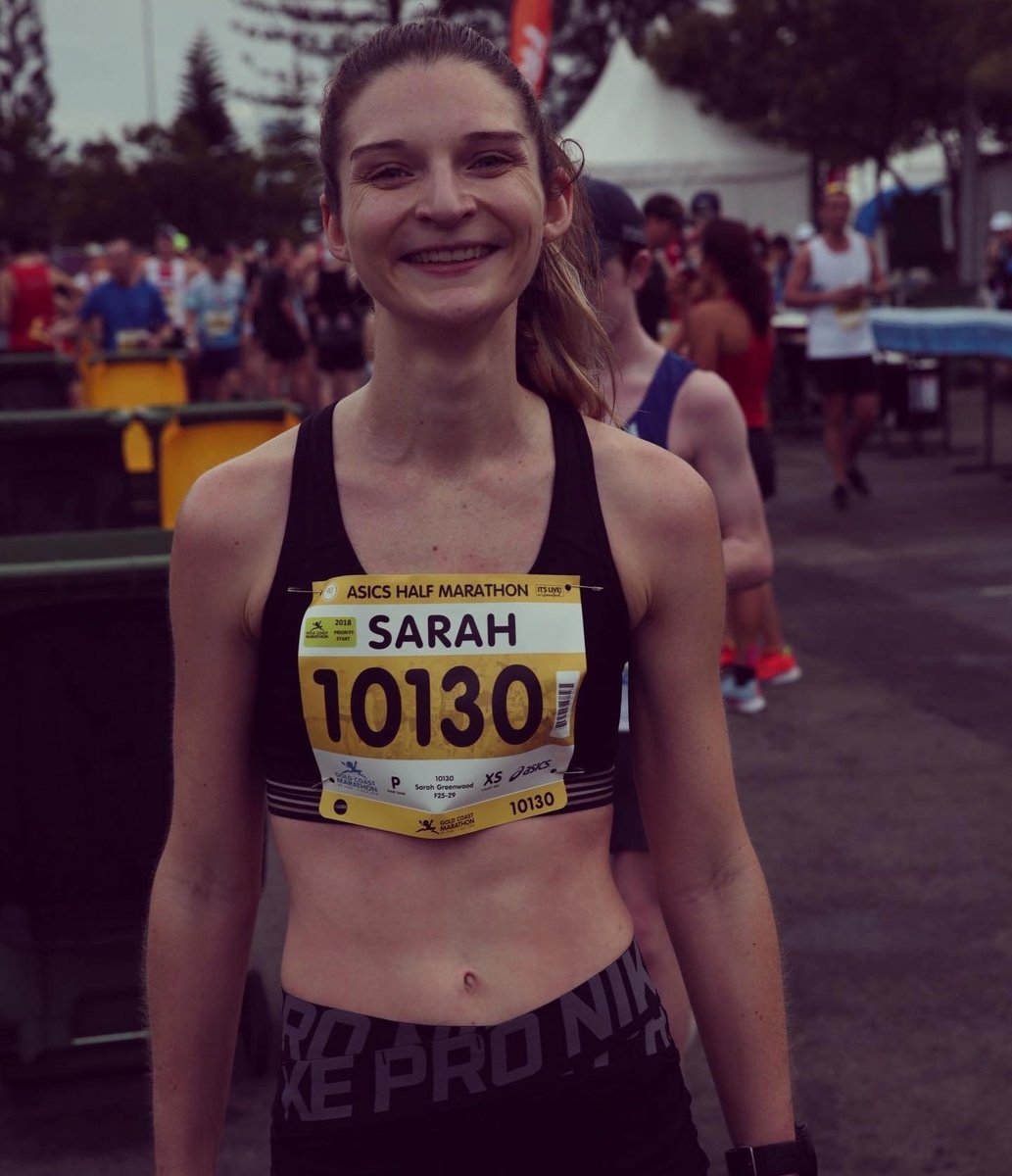 Sarah at the Gold Coast marathon in 2018. Image: Supplied.

Running forced me to socialise by meeting friends for early morning runs and coffee, and I had races to build towards so naturally I was able to reduce my drinking.

None the less, I was still within alcohol’s toxic grip, and every four to six weeks I would blowout. I’d start drinking when I was excessively stressed and after two or three drinks, I couldn’t stop.

After these blowouts I would feel even more anxious, I'd struggle to focus at work and would be unable to train properly. I would get myself back on track, but just keep repeating this vicious cycle.

When it came to dating and romantic relationships, I used alcohol as a mask to give me more confidence. I was scared men wouldn’t like the real me.

I met one boyfriend in a drunken haze at a mutual friend’s birthday drinks.

He was naturally shy too, so I’m not sure we would have hit it off if alcohol wasn’t involved. I couldn’t believe he liked me, because I sure didn’t like myself.

I thought being in that relationship made me happy, so I was lazy and did no work on myself including not addressing my issues with alcohol.

After 18 months, he broke up with me. My self-esteem was shot. I felt totally lost and alone which resulted in some especially bad blowouts with my drinking. I ruined Christmas that year. 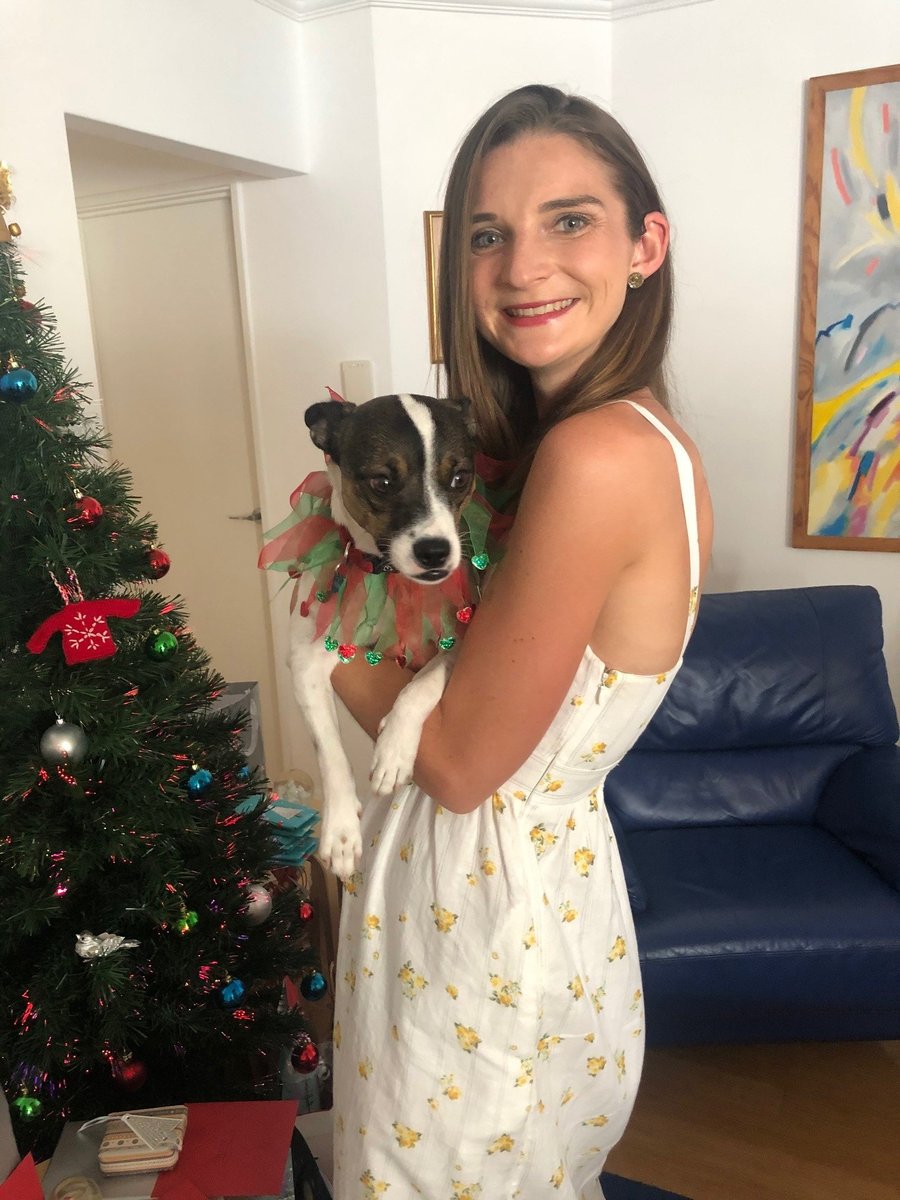 The shame had become too much to bear and I decided to re-invent myself by moving to a new city.

I was going to be sober and no one would know me any differently. I stayed completely alcohol-free for just over two months and felt great. My running was going well, I was excited about being in a new city and my anxiety was well-controlled. I decided I was fine and could moderate my drinking.

Much like going back to a toxic ex, it worked well for a few months.

Then, the loneliness and anxiety crept up again. I had a blowout one night alone on my couch. I woke up the next morning with so much self-hatred. How had I let this happen?

I was drowning in a pool of my own shame and I didn’t feel strong enough to swim back to the surface. The best I could do was to tread water.

Then, finally, something just clicked inside me. I had started drinking to give me more confidence, but ironically, alcohol had completely shattered my sense of confidence and self-worth.

When I was drinking, I was saying and doing things that weren't a true reflection of me.

I hated drunk me. It felt like an alien entering my body. Every time I binged, I felt like none of my achievements mattered anymore and that I was a complete failure.

So, what was the point in having that first drink? Much like a toxic partner, I knew there was nothing I could do to stop the problem apart from cutting ties completely.

Since breaking up with alcohol, I feel like the old me again.

I love being able to focus on the things that make me truly happy like running, friends, family and my dog. I love experiencing everything in full focus and waking up hangover free with no regrets.

I am still haunted by some of the mistakes I made from drinking and the number of blackouts I had which I cannot count.

I am only just beginning to forgive myself for making the choice to drink and the consequences that came from this.

I accept that overcoming an addictive behaviour is a long process, especially as a young adult living in a world with a lot of social pressure.

Now I choose to move forward and will enter my 30s sober, leaving the drunk me, the alien me, in the past forever.

This story was originally published on Hello Sunday Morning and has been republished here with full permission.