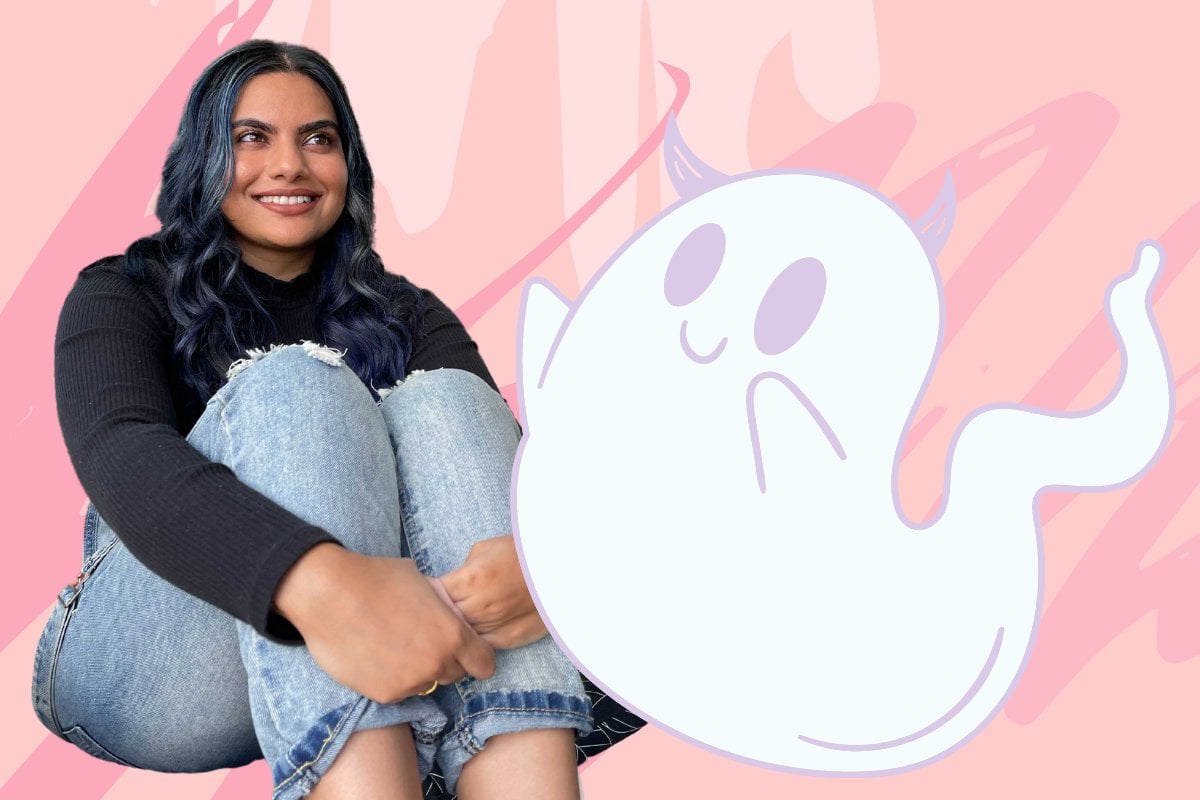 A few days ago I was aimlessly swiping through one of my three trusty dating apps when I came across a very familiar face. Even though it’s been one year and three months since I last saw him, I recognised him instantly. We’re going to call this man *James.

Now, the reason why I’m so familiar with James is because I went on a date with him sometime in January last year and then he ghosted me. To be fair it was a very soft ghosting (where the perpetrator sends shorter and shorter messages, not engaging in a conversation until they just stop replying all together) but it still hurt.

I never want to put any man up on a pedestal but he has been, to this day, the best date I’ve ever had. We got on so well, the conversation flowed, we couldn’t stop laughing and, not to sound too intense, but the date ended at 1pm the next day.

He asked if he could see me again, and of course I eagerly said yes. He messaged me when I got home and I was smiling for the rest of the day.

Then the next day came. The conversation may as well have been the Sahara Desert because it was dry af. I was making sure that every message I sent included a question, so he was obliged to keep replying.

I interrogated my colleagues about a book I hadn’t read but he had so I had something to talk to him about. I was checking my phone every five minutes and would sigh in relief when I saw his one worded message come through after I had messaged him two hours ago.

Finally, after hours of mentally stressing myself out, I let him do what he probably had decided to do the minute he met me - ghost me.

From time to time, I would see him pop up on my dating apps but he would NEVER match with me (smart on his behalf). I wanted to tell him so badly what a terrible person he is and that he made me feel like complete shit about myself.

Fast forward to the present when I saw him on my dating app again. And this time we matched. This was my chance to finally tell him exactly what I thought of him!

As I was typing out this lengthy message I thought, "I wonder why he would suddenly match with me again now?"

I deleted my original message and instead sent one word: “Hi!”

"Hey, cute beagle," he replied, referring to a photo of me and my dog. "What's his name?"

It was only then it dawned on me... James had absolutely no idea who I was.

We proceeded to have many of the exact same conversations we had over a year ago, all the while him not twigging that we'd actually been out before.

Listen to Emily Vernem on the Undone, Mamamia's podcast for people in their 20s. Post continues below.

I’ll admit, being completely forgettable to someone you were so intimate with is not a great feeling. But you know what’s making me feel better? The thought of getting revenge.

After two glasses of wine and many words of disapproval from friends, I’m started working my way towards getting James to ask me out for our second first date. And then I’m going to ghost him.

Will this go horribly wrong? Definitely.

Am I pretending that I’ve already won in this situation? Obviously.

Am I putting myself in a position to get my feelings hurt again? Okay, okay I get it, this is a terrible idea but I’m sacrificing myself for the greater good (providing great entertainment for all my friends in boring relationships).

Reply
Upvote
Okay, I think this sounds like a terrible idea and if you were my friend, I would try to talk you out of it. But given that's not an option, I will sit with bated breath, waiting for the next installment!