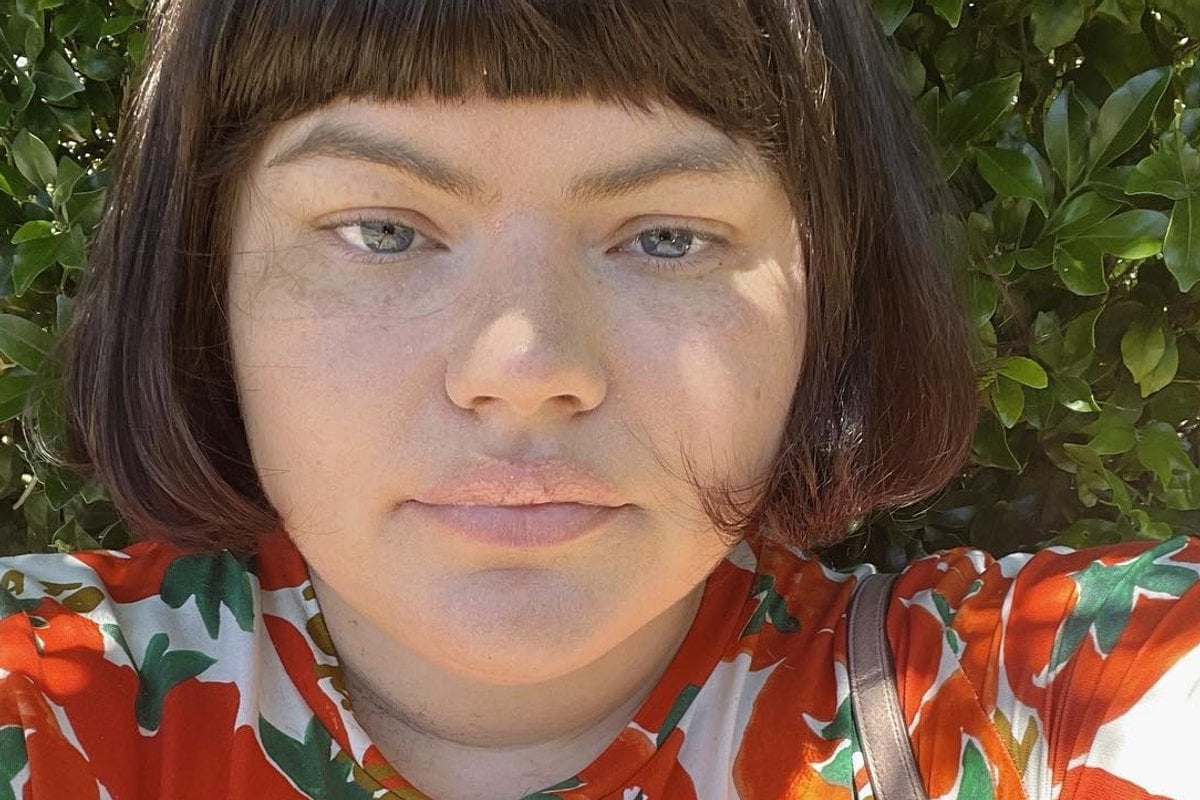 Recently I was ghosted by a close friend. Someone I thought I had a connection with that would never be broken.

We'd been a part of each other's lives for long enough that I thought we had an enduring bond.

Sure, we didn't message every day, but we caught up regularly enough and celebrated each other's milestones, and then they just disappeared.

Our friendship had been born from living together, and there's an odd kind of intimacy that comes from sharing an apartment with someone.

I figured if we had survived pushing through daily life together, then everything else would be a piece of cake.

It turns out I was wrong.

Watch: Jessie Stephens explains what ghosting is in dating. Post continues below.

Ghosting is funny because it takes you a little while to realise it's happening, particularly with a friend.

When it comes to dating, it always seems like an ugly possibility that the person you like might just disappear, but in my friendships, I've always felt more secure.

So, when he didn't reply to my first few texts, I didn't jump to conclusions or have a sick feeling in my stomach, like I would have if I was being ignored by a man I was dating.

I figured he was busy or being anti-social. I blamed COVID and lockdowns and the general sense of inwardness that is common these days. But I never thought we weren't speaking. It only twigged when I sent a playful reminder for him to call me, and I received no reply.

I followed that up with another friendly but unanswered text, and I knew something was off by this point.

Then I rang, and finally, I sent an, 'are you not speaking to me?' text. Once again, I was met with radio silence.

I even sunk to the low of checking my social media accounts to see if he was still following me, and the answer was yes.

Weirdly that almost hurt the worst; he couldn't be bothered replying to me, but he could stand to watch my life in pictures as if the demise of our friendship meant nothing.

So, what went wrong? It's something that has been running through my head ever since.

From my perspective, it feels like one minute we were friends and the next we weren't. I've racked my brain for clues or signs and read through our old text chain.

The last message I received from him was a suggestion we catch up, which I couldn't make, and then nothing.

We were in a good place from where I was standing, but clearly, I was wrong.

Sometimes friendships end, and while the details might be fuzzy, you understand the underlying reason. Perhaps their lives were moving in a different direction, or there was underlying resentment, or their new partner didn't like you. But, in this case, nothing concrete springs to mind, and that's what makes it so painful.

I also miss him terribly. Memes and memories keep popping into my mind, and I want to message him or go and grab a drink and have a laugh, but I can't because he's disappeared on me.

So, of course, it makes me doubt myself. I pride myself on being an empathetic and self-aware person, so what did I miss? Was I somehow unkind? Was I thoughtless in some way? Was I selfish? Is my personality just annoying? Did he get to a point in our friendship where I started to grate on him in a way that made every little thing I did annoying?

These questions swirled around so much in my head that I ended up booking in to see my therapist because I needed to unpack why it made me feel so bloody awful.

Yes, I'm devastated I've lost my friend, but I'm also worried that the ghosting is some terrible reflection on me.

Am I not a good friend? Will this continue to happen?

Annoyingly, my therapist can't really answer those questions, but they did manage to remind me that I can't control anyone's actions but my own.

So while I can't force my friend to give me answers or closure, I can choose how I handle the lack of closure. While that isn't the most attractive choice in the world, it is something.

So, I've leaned into my other friendships and actively checked in on them. Is there more you need from me? Have I let you down lately? How can I be a better friend?

These are actually pretty hard conversations to have, but they've been making me feel better.

I feel like it's jammed down our throat that romantic relationships take work and time, but it's rare we talk about putting work into friendships.

Perhaps that's what I should take away from being ghosted.

It's a reminder not to be complacent, check in with the people you care about and make sure you're a source of support.

As I get older, I understand friendships change. I have reached a stage where single friends are rare; most of us have partnered up, some are absorbed in careers, some are getting married, buying houses, moving from the city or contemplating families.

I understand friendships can drift, but I have never wanted my friendships to end in a rift.

So, being ghosted by my friend has hit me hard.

I thought we'd always have some kind of connection. I'm working through it, but it just doesn't seem fair. And if I'm really honest, I'm also a bit angry. Because, no matter what your connection, be it tenuous or tethered, leaving anyone without explanation will always leave them with unanswered questions and self-doubt and a smattering of grief that they have lost someone they once valued and loved.

Reply
Upvote
1 upvotes
If its a male friend theres about a 90% chance he has a new girlfriend who doesn't want him to have female friends. It really sucks.
M
mumma-cat 2 months ago

Reply
Upvote
1 upvotes
Some of your discussions are a bit out there,  maybe he couldn’t handle it.