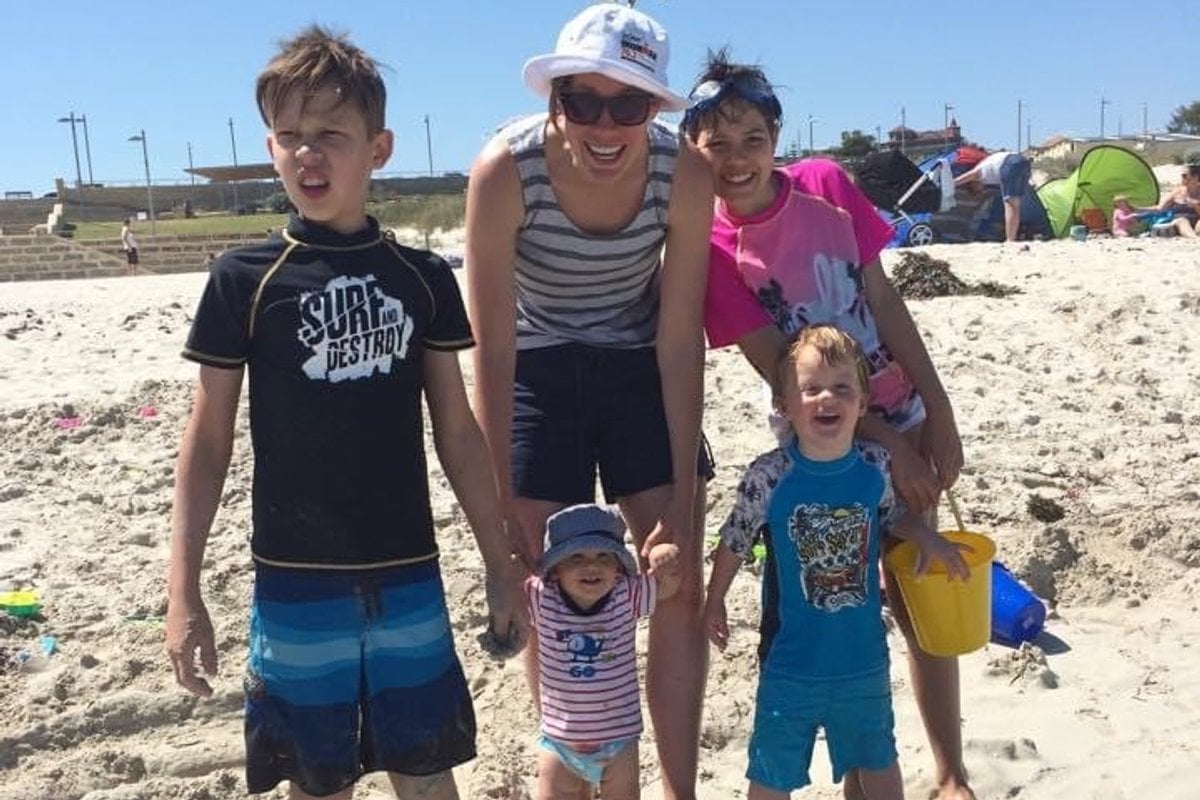 Hands up if you were a teenage mum? Anyone? No? Just me then.

At 19, I became a mum. And I was warned. By many, many people. Of just how much it would ruin my life.

Obviously, I eye-rolled everyone. I was a teenager. It was a standard response. How much life-ruining could this tiny human do? I’ve finished high school. I’ve done a bit of partying. I’ve done a bit of tertiary education. It’s really not that big of a deal.

What am I missing out on? Besides more of the same. This will work out fine. I love the know-it-all nature of the teenage brain.

And then life happened. As it always does.

There was another baby. I had a pregnant 21st birthday. Sparkling grape juice in a champagne flute. My head in the toilet, but unlike my peers, my porcelain kiss was not happening due to a wild night on the town, it was due to morning sickness. Cheers hormones.

More life happened. Some big, like immigrating. Some really big, like getting a divorce. And some even bigger, like getting married again. And despite a solid grip on sex education finding myself pregnant with two more children.

If you are counting, that’s two marriages, four children and 18 years of parenting.

I have spent a lot of my life raising children. I used daycare while I pursued my education. But found by the time school came along, the Diploma of Hotel Management I had worked so hard to achieve was useless.

Hospitality hours and family go together as well as oil and water. And even on the occasions when they did temporarily blend like an old-fashioned salad dressing, the kind in the fancy glass bottle that you have to vigorously shake before use, a kid would catch a cold, or have an assembly, or a sports day. Motherhood duties took priority.

The offspring are grown now. Mostly. Two are teens. What a delight. That’s not true. Teenagers are brutal. And two are in full-time school. They still like me. Though I suspect, in a time not that far away from now, they will also realise how uncool I am and communicate with me in eye rolls, sighs and a few grunts. And know everything.

With all that fun to look forward to, and time in my day that I’d rather not spend folding laundry, meal planning, calendar organising or any of the other mind-numbing invisible activities of motherhood, I enrolled in a degree at university and earned myself distinctions.

And at the same time, I set about looking for part-time work in a similar field.

Over the last 3 weeks, I have applied for 46 jobs. I have been rejected 44 times. I have had two interviews.

Exciting! If, of course, you like entering a race, getting to the finish line and then being told, “Oh this? No sweetie, no. You weren’t meant to run in this race.”

Rejected. Why? Not because my degree isn’t finished yet. Because I am lacking experience. Yup, staying home and raising children has made me as attractive to employers as that ugly crockery you were given by your grandparents that sits in the back of the pantry, will never get used, and does nothing but collect dust.

As it turns out, all those people that warned me about having a baby, and how it would impact my life were right. Sort of.

I do not look back on my life and wish I had attended more parties, or danced on tabletops, or passed out drunk. But by staying at home raising my family, it looks as if I did give up my future. Sigh.

Tarrin Lenard is a Zimbabwean Immigrant who loves gin but drinks tea, teaches yoga and writes words. And not that it should matter but who has also birthed four humans. And been married. Twice. You can find more from Tarrin on Facebook or Instagram.

S
susanob53 a year ago