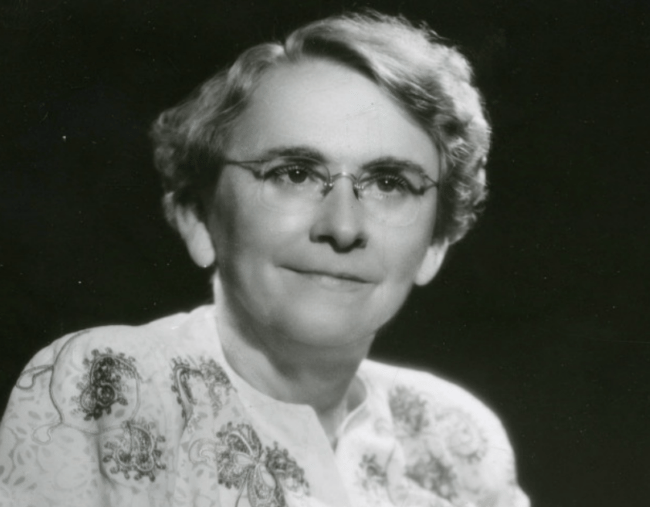 In 1989, Alma Sipple of Tennessee would find herself in front of the television, an NBC program called Unsolved Mysteries staring back at her.

The program would tell the story of the late Georgia Tann, a scrupulous mastermind dressed in the brushstrokes of evil, who stole babies – thousands of babies – from the poor and gave them to the rich.

Alma Sipple’s eyes would drink in the image of Ms Tann, a middle-aged woman with rimless glasses, an unremarkable haircut and suitable dress sense.

After 44 years of confusion, broken hearts, guilt and hopeless desperation, Alma Sipple had finally and accidentally stumbled on the woman who stole her baby.

“When they showed her picture,” she told The Los Angeles Times in 1990, “I let out a scream. I said, ‘That’s the woman that took Irma!’ My husband said I turned white. I felt like going through the television.”

To the naked and uninitiated eye, Alma Sipple’s tale sounds remarkable. Tragically so. But the remarkable part of her tale actually lies in the unremarkable.

Alma Sipple was one of thousands of women who, in their trusting vulnerability, gave their babies to the nice, responsible woman who was Tann. The nice responsible woman who promised, with what appeared to be an open heart, helpful hands and the air of authority, some support. For Sipple, it was the offer of taking her baby on a quick trip to the doctor.

She never saw her baby again.

This was the very essence of who Georgia Tann was and what Georgia Tann did; a methodically organised black market of babies.

Between 1924 and 1950, Tann was the head of what many then considered a reputable charity organisation called the Tennessee Children’s Home Society. In those 26 years, it’s estimated that over 5,000 children were stolen by Tann and more than 500 died of disease, poor care and alleged abuse.

Of course, Tann and her loyal comrades did not document which children died, how they passed and who they were. It would be another thread in an evil and callous narrative of neglected and stolen children, of heartbroken, lonely parents.

Lena Mae Howell was another such parent. In 1937, Howell became pregnant out of wedlock, and made her way to Memphis to stay at a home for unwed mothers that was part of the Tennessee Children’s Home Society.

Before she went into labor, she was drugged, encouraged to sign a document which she believed would allow Georgia Tann the temporary care of her baby. She had instead signed her baby away to the Tennessee Children’s Home Society. Waking after birth, Howell woke without a baby. She was told that her baby - a boy - had died during childbirth. In fact, it was a girl, and that daughter was sold in an illegal adoption to a wealthy couple who paid a small fortune for Howell's baby girl.

Babies weren't systematically taken after birth. They were, according to The New York Post, also taken from street corners, churches, day-care centres. From places young children, tiny babies, should be safe from opportunistic evil.

Barbara Bisantz Raymond spent 16 years of her career investigating Tann's grave crimes. In 2007, she released a book called The Baby Thief: The Untold Story of Georgia Tann, the Baby Seller Who Corrupted Adoption, documenting the extent of Tann's wicked charm and evil manipulation.

Raymond told The Commercial Appeal Tann was able to exercise so much power and control, of large part, because she had her local mayor's protection.

"I don't think that he or anybody else saw her as anything but a wonderful social worker, doing so much good. And she had that kind of personality. She was very manipulative, and she could be very threatening. She could scare people with her power," she told the paper in 2007, adding that Tann would bribe nurses and pay others off to make the money she sought.

"Class and status were important issues for Georgia Tann. She had no hesitation in taking babies and children from poor or destitute people and selling them to what she called 'people of the higher type'. This included movie stars like Dick Powell and June Allyson or Joan Crawford," Raymond said.

The person who fought back after being sexually abused as a child. Post continues after audio.


Tann loved the elite, sought to impress the elite, and moved in the circles of the elite.  She had a network of corrupt politicians, judges and scouts who worked around her and with her. Georgia Tann wasn't in the business of stealing babies alone. That's what friends were for.

According Lisa Wingate who also wrote a book on Tann's crimes called Before We Were Yours, the likes of Eleanor Roosevelt sought the counsel of the social worker on issues surrounding youth adoption.

In a recent interview with The New York Post, Wingate said Tann would tell adoptive parents the children were “blank slates".

"What really resonated with me is that they’re not. Foster kids, adopted kids, they’re not blank slates. They’re people. And they have genetic tendencies and . . . talents and abilities that are all their own," she said.

In 1950, investigations began into the inner-workings of Tann's business. That same year, and three days before state investigators delivered their findings into her Society, a 59-year-old Tann died of cancer.

She escaped the world before it caved in on her, her legacy a trail of death, destruction, bottomless tragedy. The Tennessee Children’s Home Society was closed two months later.

Alma Sipple may have eventually made contact with her lost daughter, but as she told The LA Times in 1990, no amount of conversation undoes the pain of the 44 lost years.

"The Bible says you're not supposed to hate anybody, but I'll tell you, if that woman was still living . . . all those people she did this to, all the suffering she caused for money. And she couldn't take a dime of it with her."