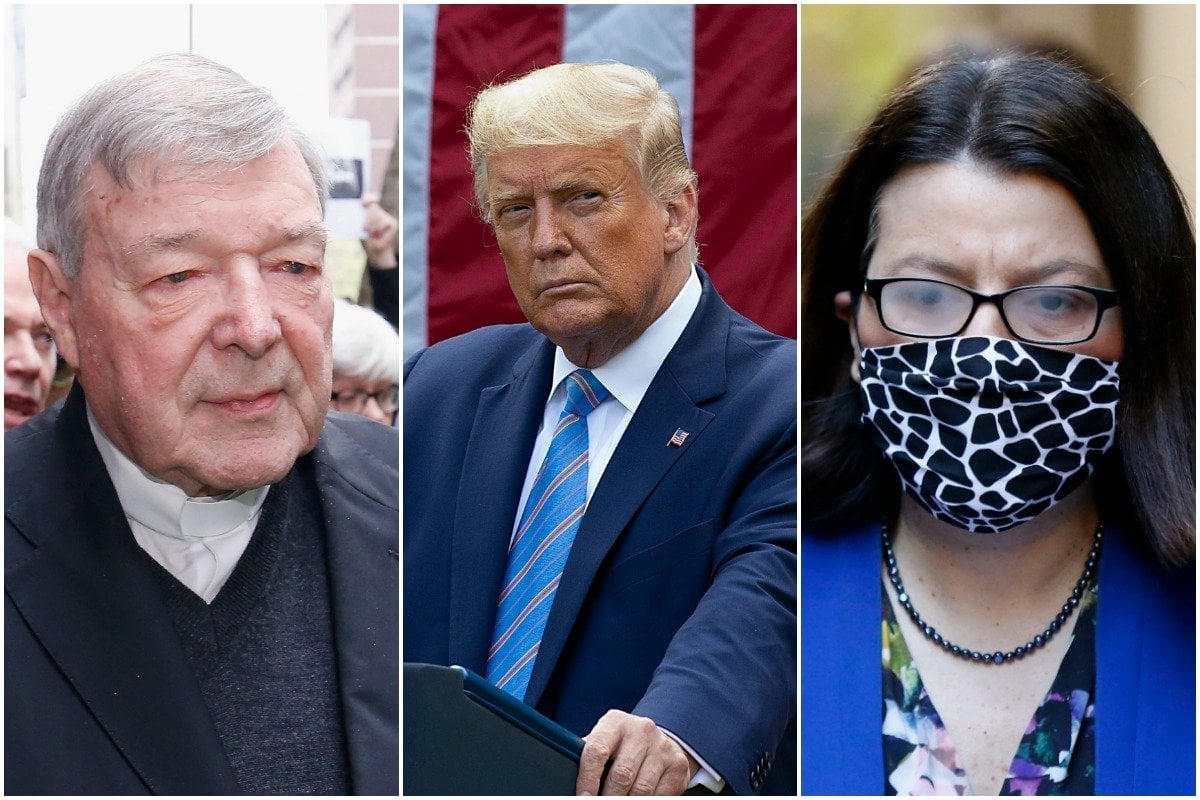 US President Donald Trump says he paid "many millions of dollars in taxes" but was entitled to depreciation and tax credits and also said he was under-leveraged, having more assets than debt.

The Republican president responded in a series of Twitter posts to a New York Times report that he paid just $US750 ($A1061) in federal income taxes in both 2016 and 2017, after years of reporting heavy losses from his business enterprises.

"I paid many millions of dollars in taxes but was entitled, like everyone else, to depreciation & tax credits," he wrote on Twitter.

"I am extremely under leveraged - I have very little debt compared to the value of assets."

.....Financial Statements, from the time I announced I was going to run for President, showing all properties, assets and debts. It is a very IMPRESSIVE Statement, and also shows that I am the only President on record to give up my yearly $400,000 plus Presidential Salary!

The Fake News Media, just like Election time 2016, is bringing up my Taxes & all sorts of other nonsense with illegally obtained information & only bad intent. I paid many millions of dollars in taxes but was entitled, like everyone else, to depreciation & tax credits.....

The Republican president, who will face Democratic rival Joe Biden on Tuesday night for their first debate before the November 3 election, said he had "extraordinary assets" and boasted a "very IMPRESSIVE" financial statement.

However, he has refused to release his tax returns, as presidents and presidential candidates have done for decades.

Trump says it is because he is under audit by the Internal Revenue Service but the agency has said there is no reason he cannot release his taxes while under audit.

George Pell to fly to Vatican today after being acquitted of child abuse allegations.

Just five months after being acquitted of child abuse allegations, Cardinal George Pell is flying back to the Vatican.

The 79-year-old was once regarded as the third highest ranked Vatican official and was the most senior Catholic to be convicted of child sex abuse.

He was accused of molesting two choir boys in the late 1990s when he was archbishop of Melbourne, and served more than a year in jail before being acquitted by the High Court in April.

The 79-year-old was attempting to combat the Holy See's financial struggles, as Pope Francis' finance minister, when he returned to Australia in 2017 to face the decades old allegations.

He is returning to Rome days after Pope Francis fired one of his opponents, Cardinal Angelo Becciu over an ongoing financial scandal.

A terse Daniel Andrews has reiterated that "virus suppression not eradication" remains the goal, after the premier was asked about a tweet from his former health minister Jenny Mikakos.

She raised the ire of her former boss by writing: "We are well on the way to eradication," on Twitter yesterday.

I am saddened to see more lives lost, my sympathy to their families. But I’m so pleased to see how low the numbers are. I’m so proud of Victorians and so grateful for the sacrifices made to get us to this point. We are well on the way to eradication. ❤️ https://t.co/wThKTZgRTd

"I have answered this question many, many times. That is not the strategy. The strategy is to suppress this virus and that's the National Cabinet decision," Mr Andrews told reporters on Monday.

Mr Andrews also revealed he has yet to speak to Ms Mikakos since her resignation on Saturday.

She dramatically quit after the premier told the hotel quarantine inquiry that her department was ultimately responsible for the botched quarantine program.

Now The Australian is reporting there is widespread anger in the Labor caucus over her treatment, with senior party sources calling his treatment of his former minister a "disgrace." 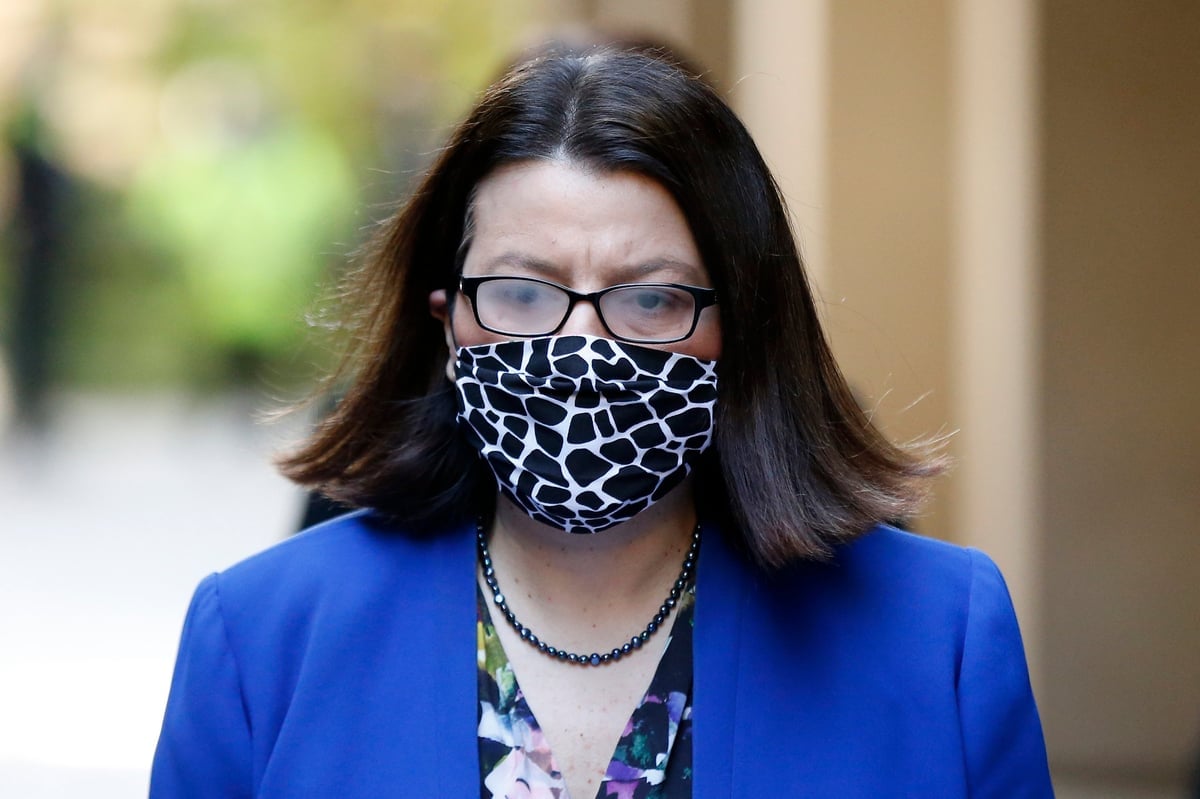 Jenny Mikakos quit the Andrews government over the weekend after being blamed for the hotel quarantine bungle by the premier. Image: Darrian Traynor/Getty.

Closing submissions were heard at the inquiry on Monday ahead of its November report, with the inquiry told that the disastrous quarantine program was responsible for 768 coronavirus deaths and more than 18,000 infections.

The state had three more deaths on Monday, but there were only five new cases - the lowest figure since June 12.

READ: The Melbourne hotel quarantine bungle, and the woman who has taken the fall.

NSW looking to ease more border restrictions with another day of no cases.

Ms Berejiklian is concerned about a dip in testing and the movement around the state that's set to escalate on Friday, when NSW schools break up for holidays.

"Just because there is zero cases, (it) doesn't mean the virus isn't working, or that it can't come back to NSW, and certainly that is the fear."

NSW had no new coronavirus cases either locally acquired or in hotel quarantine in the 24-hour reporting period until 8pm on Sunday.

No new cases of #COVID19 were diagnosed in the 24 hours to 8pm last night, with the total number of cases in NSW remaining at 4,029.

This is the second day in a row that NSW has had no new cases, either locally acquired or in hotel quarantine. pic.twitter.com/gDNvt9VVJ5

Ms Berejiklian said she's talking with her ministers about when borders can be eased after the number of cases recorded in Victoria fell to five.

"I don't want to leave borders closed a day longer than we need to, but we also don't want to throw away all the hard work we've done here in NSW," she said.

The premier also hinted NSW may be welcoming Kiwis by Christmas.

"We're getting health advice on that, and I'm happy to consider that. I'd love to have those arrangements made reciprocal," she said.

Dreamworld's parent company Ardent Leisure has been fined $3.6 million - the largest ever imposed in Queensland for a workplace tragedy - after earlier pleading guilty to safety charges.

The company admitted breaching the Work Health and Safety Act and exposing individuals to a risk of serious injury or death, with Magistrate Pam Dowse saying the company had failed to protect the public.

"The defendant operated the most iconic amusement park in the country- it targeted and attracted families," Ms Dowse said.

Dreamworld has learnt of the price it will pay after its Thunder River Rapids ride horrifically took the lives of four people. #9Today pic.twitter.com/5Ukl01n4nL

Workplace Health and Safety prosecutor Aaron Guilfoyle said the direct cause of the accident was a water pump malfunction which led to dangerously low water levels.

Outside the court yesterday, Dreamworld CEO John Osbourne apologised unreservedly for the past circumstances and failure that resulted in the deaths of four people and the ongoing impact of the tragedy.

Poorer countries to get rapid COVID tests from WHO.

The World Health Organisation says 120 million rapid diagnostic tests for the coronavirus will be made available to low-and middle-income countries at a maximum of $A7.10 per unit.

WHO Director General Tedros Adhanom Ghebreyesus said the manufacturers Abbott and SD Biosensor had agreed with the Bill & Melinda Gates Foundation to "make 120 million of these new, highly portable and easy-to-use rapid COVID-19 diagnostic tests available over a period of six months".

"This will enable the expansion of testing, particularly in hard-to-reach areas that do not have laboratory facilities or enough trained health workers to carry out tests," Tedros said.

The quicker #COVID19 can be diagnosed, the quicker action can be taken to treat & isolate those with the virus & trace their contacts. The tests are a critical tool for governments as they look to reopen economies & ultimately save both lives & livelihoods https://t.co/awnLTGlxmr

Catharina Boehme, chief executive officer of the Foundation for Innovative New Diagnostics (FIND), a Geneva-based non-profit organisation in the project, said the deal was a "major milestone" as it was urgent to increase testing in poorer countries.

The antigen tests - which don't require a laboratory - provide reliable results in just 15 minutes rather than hours or days and will help expand testing, Boehme said, adding: "The tests are as simple to use as pregnancy tests."

- New York state, the onetime epicentre of the US novel coronavirus epidemic, has seen case numbers rise to more than 1000 a day. Figures like this haven't been seen in the area since June.