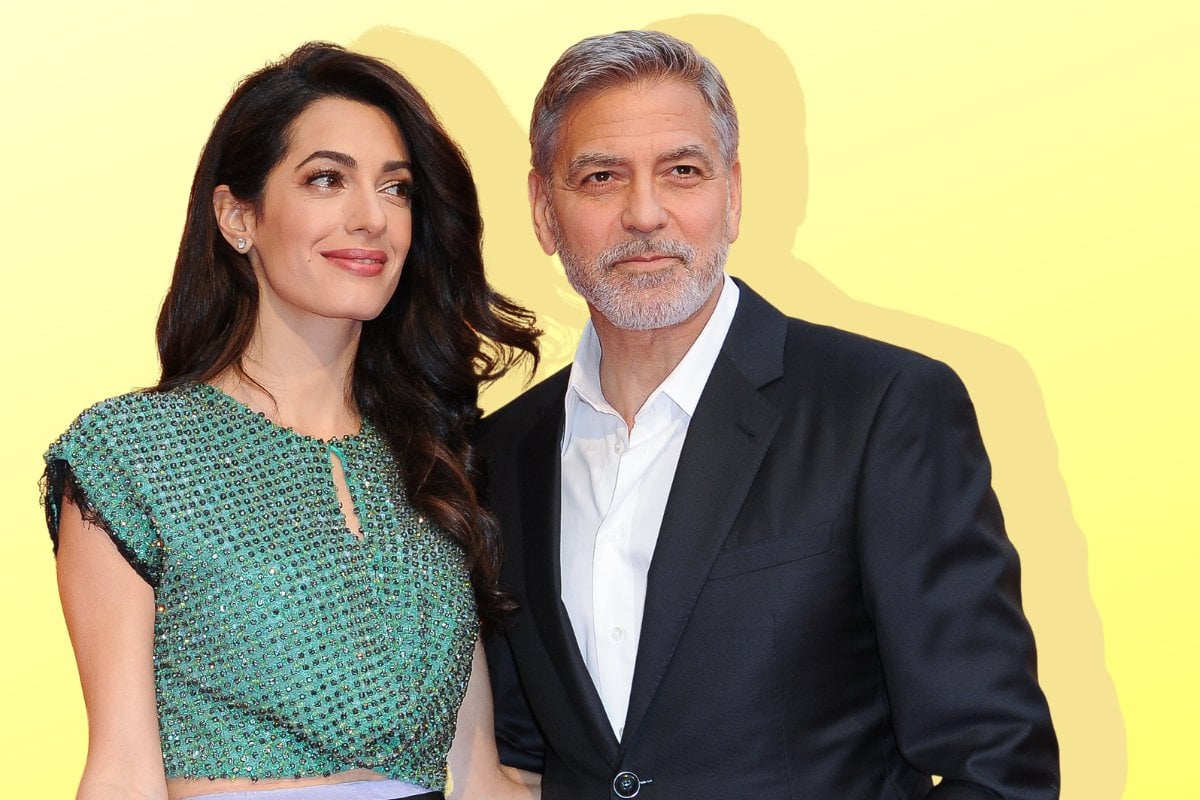 For decades, there was one narrative George Clooney couldn't escape: The eternal bachelor.

And with four-year-old twins to handle between them, here’s what their life looks like now.

Watch: George Clooney on how he met Amal. Post continues below video.

For decades, Hollywood and the tabloids were fascinated by Clooney's love life. 'Would he ever settle down?' was the biggest question of them all. Every move made by Clooney and his partners throughout the years were dissected for hints of an answer.

Clooney's first high-profile relationship was with Kelly Preston. They dated and lived together for two years from 1987 to 1989.

In December 1989, he married Talia Balsam. After three and a half years together, they split in September 1993. 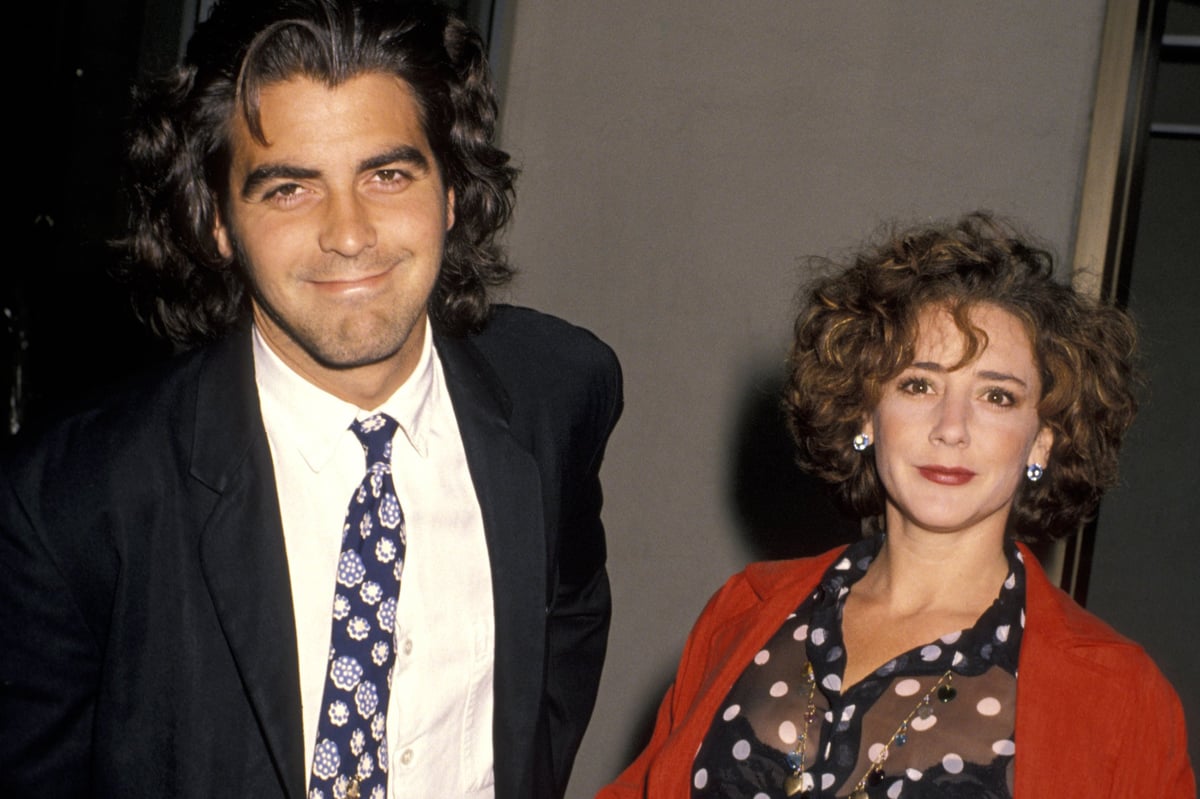 Clooney later reflected on their marriage to Vanity Fair.

"I probably - definitely - wasn't someone who should have been married at the point," he said. "I just don’t feel like I gave Talia a fair shot."

For the rest of the 90s, Clooney dated French law student Celine Balitran, who he met when she was waiting tables in 1996. She moved from France to California to live with Clooney, but they split in 1999.

He then dated British model Lisa Snowdon on-and-off for five years, from 2000 to 2005, and his Confessions of a Dangerous Mind co-star Krista Allen from 2002 to 2004, during an 'off' period with Snowdon. 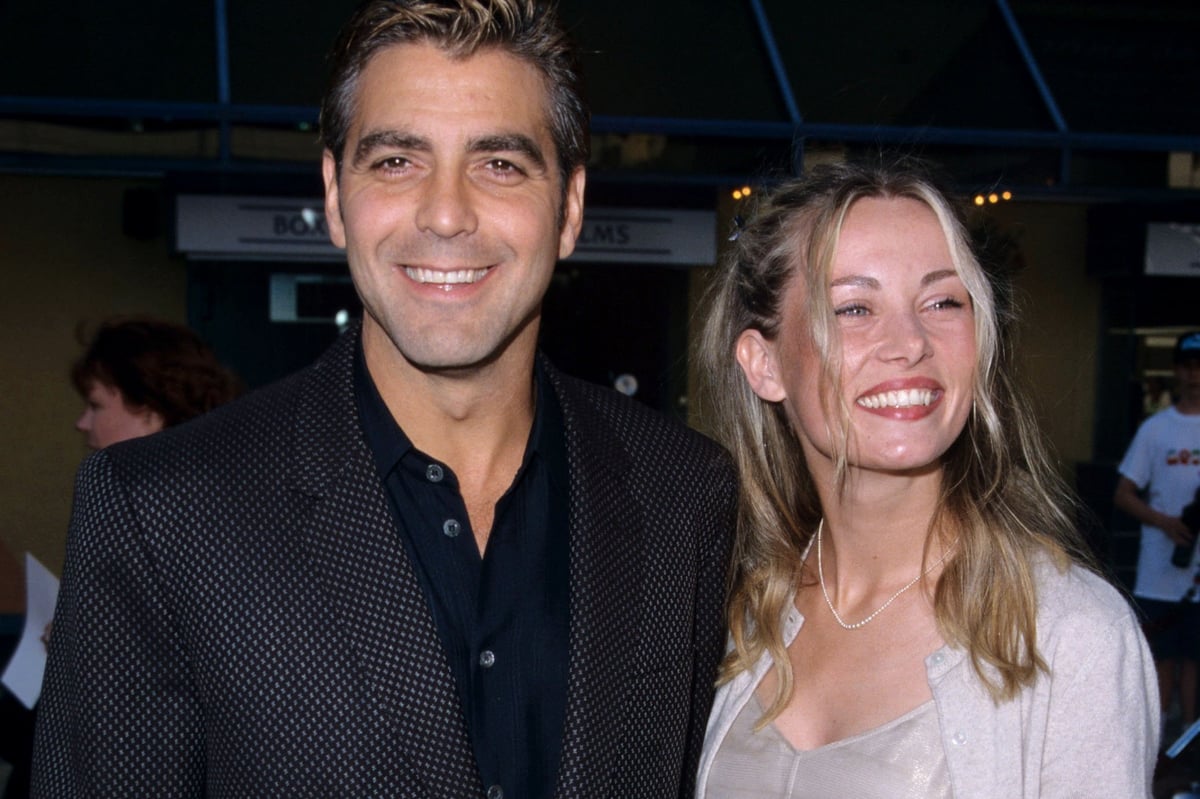 Clooney was named PEOPLE's Sexiest Man Alive in 2006, and in the corresponding interview once again said he didn't give much thought to 'settling down'.

"Things could always change, but it's not a consideration right now. The truth is, I'm really happy. The things that are a drag in my life are so outweighed by the things that are great. I have families that I spend my days with, and friends I spend my days with, and people I care very much about. I get to do what almost no one gets to do. My life's really good," he said.

He said he didn't have a burning desire for children either.

"I don't see myself ever having kids. But everything in my life has changed over periods of time... and the world does change," he said.

In 2007, Clooney met model Sarah Larson when she was working as a cocktail waitress. They began dating, and she was his guest to the 2008 Academy Awards. They broke up in May of that year. 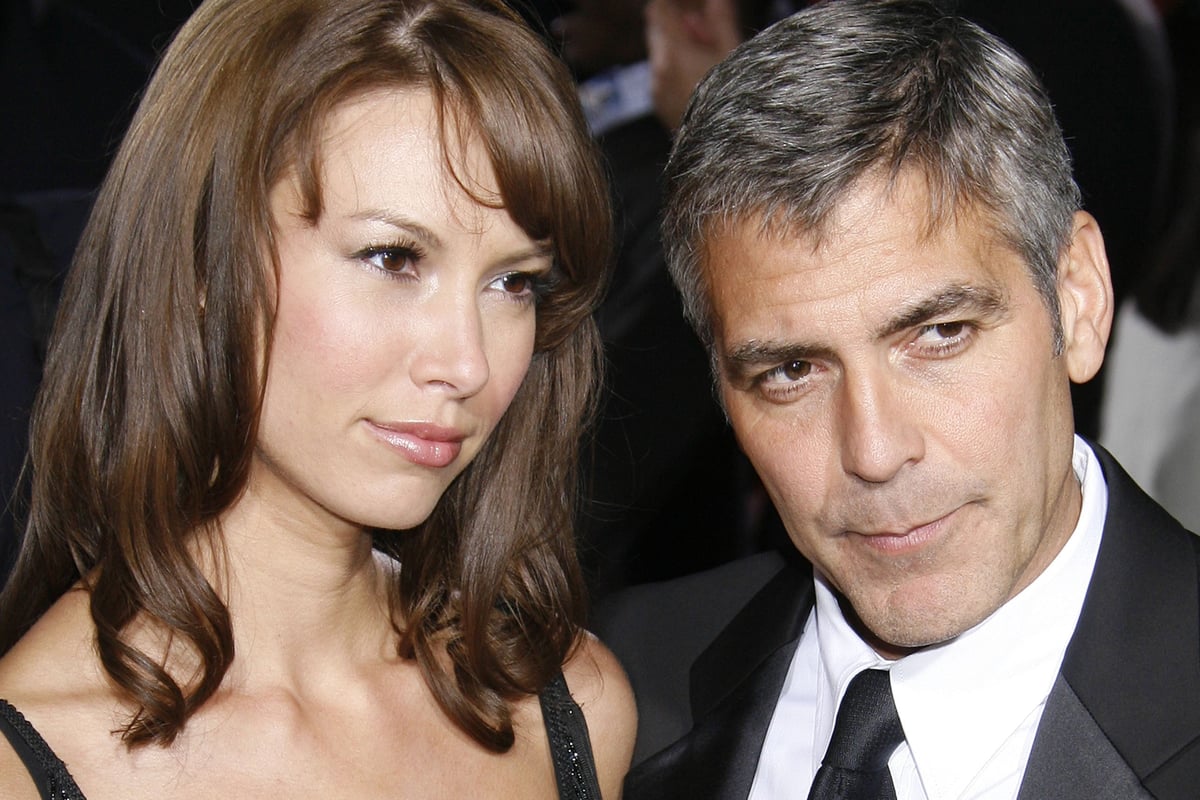 The following year he was spotted with Italian actress Elisabetta Canalis, and they made their first appearance as a couple in September 2009. They broke up in 2011.

Around this time, he joked to CNN that he'd already been married and shown how good - or bad - he was at it.

Then Clooney had another two-year relationship with former WWE champ Stacy Keibler from 2011-2013. 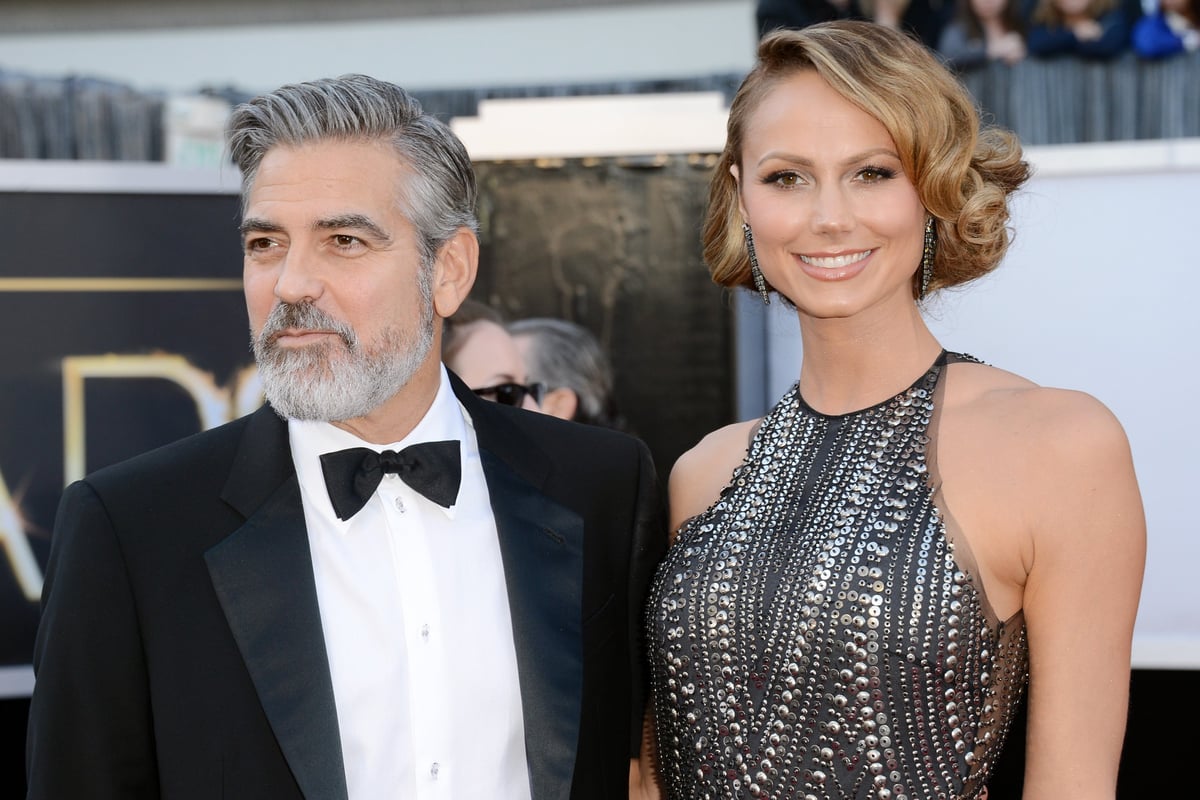 In December 2013, he told W Magazine "I haven't met her yet", in response to a question about who the greatest love of his life was.

That was - in hindsight - probably a deliberately misleading answer, as he had met Amal at his Lake Como home through a mutual friend just five months earlier.

Clooney began dating human rights lawyer Amal in 2013 mostly in secret, besides a few times paparazzi caught them together, for a couple of months.

"I got a call from my agent who said, 'I met this woman who is coming to your house, who you're going to marry,'" Clooney recalled during an appearance on Netflix's My Next Guest Needs No Introduction with David Letterman.

"It really worked out that way."

After the initial meeting, the pair hit it off immediately and spent several weeks communicating virtually before the relationship grew. 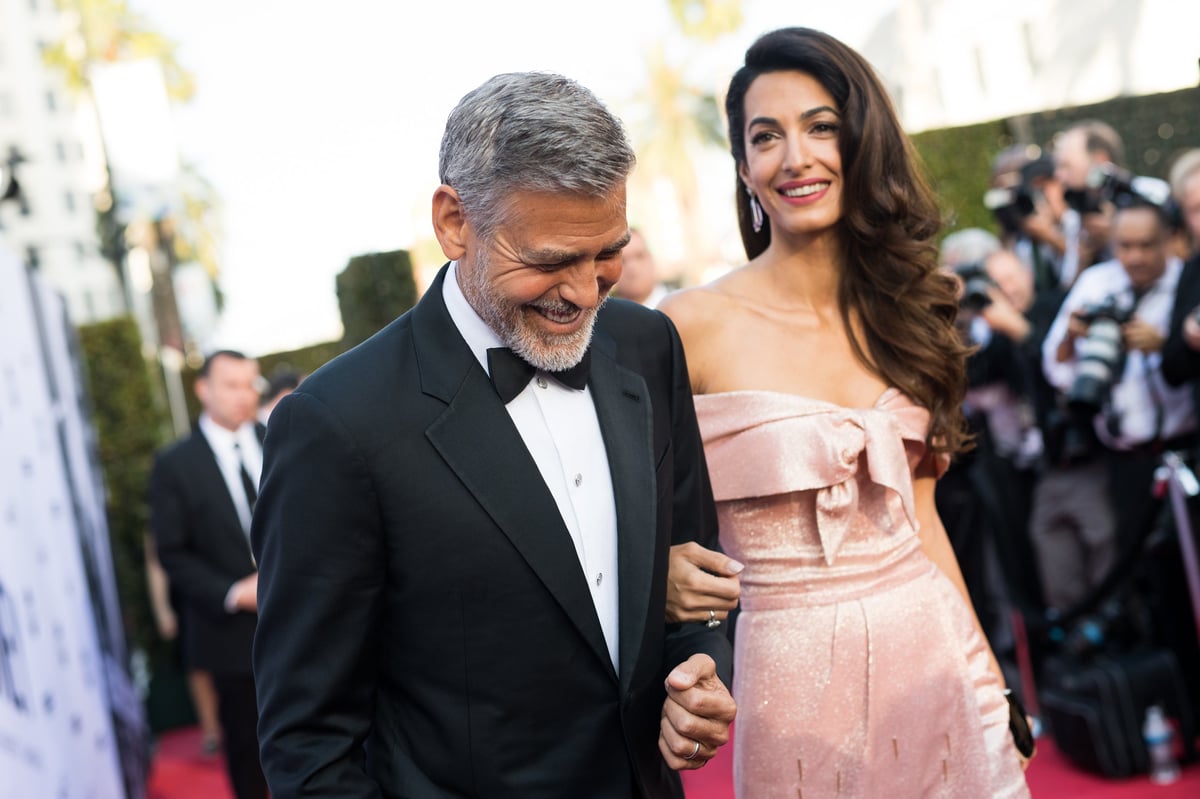 "She sent some pictures from when she was here, and we were writing each other, emailing, talking, mostly about what was going on in each other’s lives," he told The Hollywood Reporter in 2017.

"And over a period of time it became clear we were more than just friends."

Their first official date was in October 2013, and six months later, he proposed.

Clooney said his proposal was a major shock to his now-wife.

"We never talked about marriage when we were dating," he said to CBS Sunday Morning.

Clooney and Amal married in a lavish ceremony in Venice in 2014. 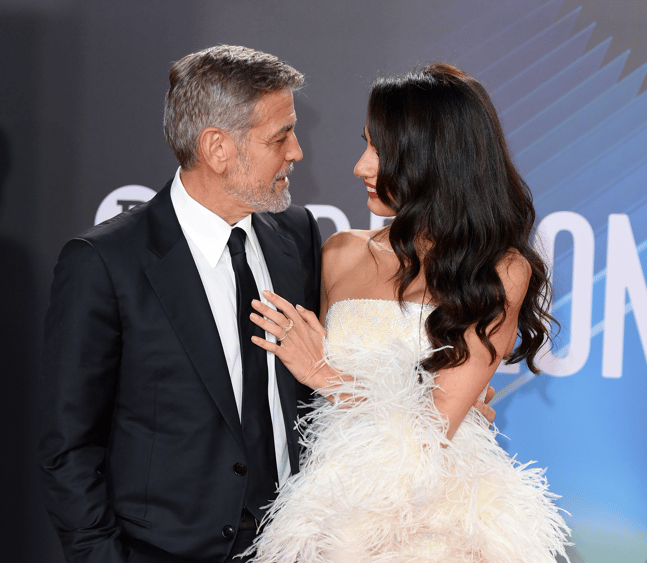 The pair soon shared they were expecting twins.

The announcement of Alexander and Ella's births came with a typically Clooney statement.

"This morning Amal and George welcomed Ella and Alexander Clooney into their lives," said a statement issued to PEOPLE magazine. "Ella, Alexander, and Amal are all healthy, happy, and doing fine. George is sedated and should recover in a few days."

George and Amal Clooney's life since having kids.

Having children wasn't initially on the cards for the couple.

"We never talked about having kids, and then one day we just said, 'what do you think?'" Clooney recalled on CBS Sunday Morning.

"It's hard to get me to not talk, and I just stood there for like 10 minutes just staring at this piece of paper going, 'what? Two?'" 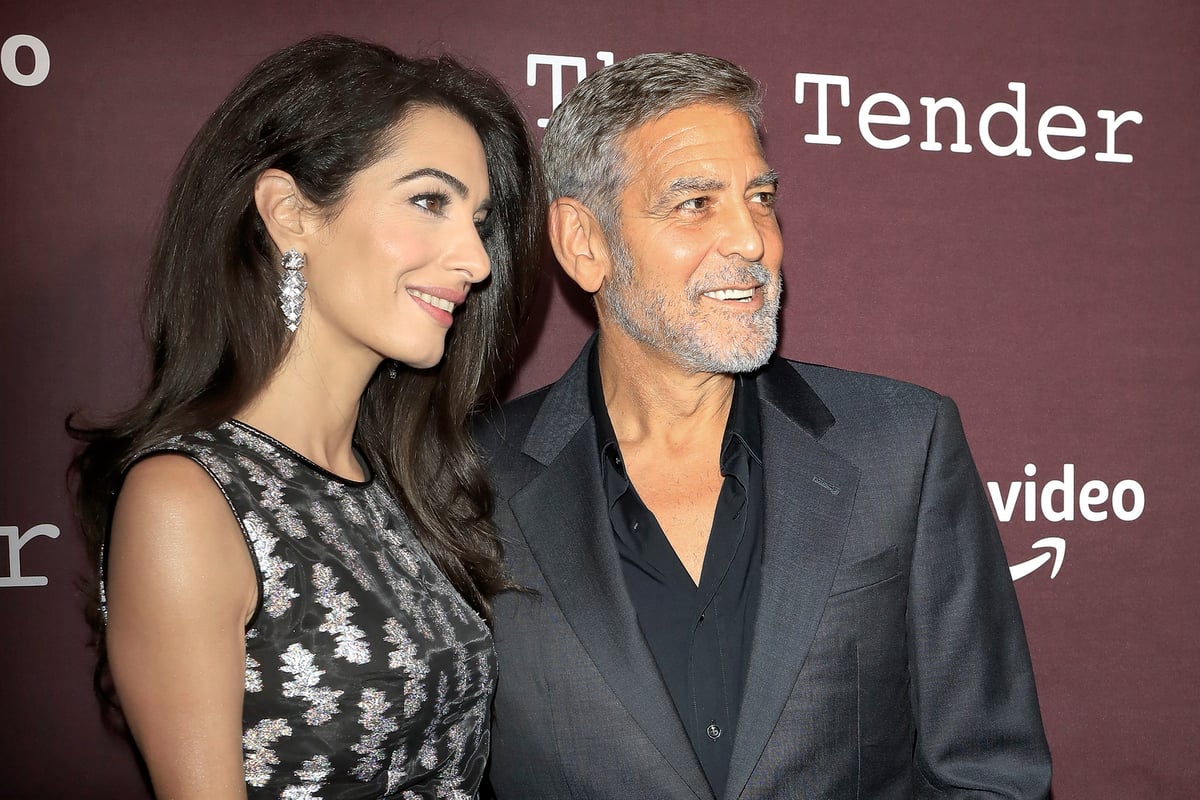 Netflix's The Midnight Sky, released December 23 2020, was the first movie role he'd taken on since 2016. He also directed the film.

And it appears that Clooney expects to keep his career on the back burner, turning all his attention to his family.

"We're working a lot, both of us. She's working a tremendous amount as well. I just said, it doesn't mean we don't do a job because we gotta do a job. We also have to make sure we're spending less time behind a computer or going on locations," he said.

"I had this discussion with Amal the other day because I turned 60. Look, we have to rethink how we're doing our lives. I've committed to a certain amount of work that I'm going to do, making sure that I'm going to do that because it's a commitment and it's the right thing to do. And she's in the exact same place," he said.

Listen to Mamamia Out Loud: Amal Clooney was at the UN to ‘show off’ her baby bump, some media outlets reported. However, Amal is a human rights lawyer who also happened to be pregnant with twins. The Mamamia Out Loud team discuss the double standard against women in powerful positions. Post continues after audio.

Clooney added: "We're going to spend time with our kids and we're gonna travel again. We have a house with a lake and a rope swing. I can still do the rope swing at 60, I'm not sure about 80. I might s**t myself when I grab the rope."

Clooney also shares that turning 60 has been quite the milestone.

"The hard part is being 60 and just the sheer running around of it. They're funny, and they pull pranks on me," Clooney said of his kids. "I just look at them thinking, I couldn't be happier and I couldn't be more surprised at how happy I am." 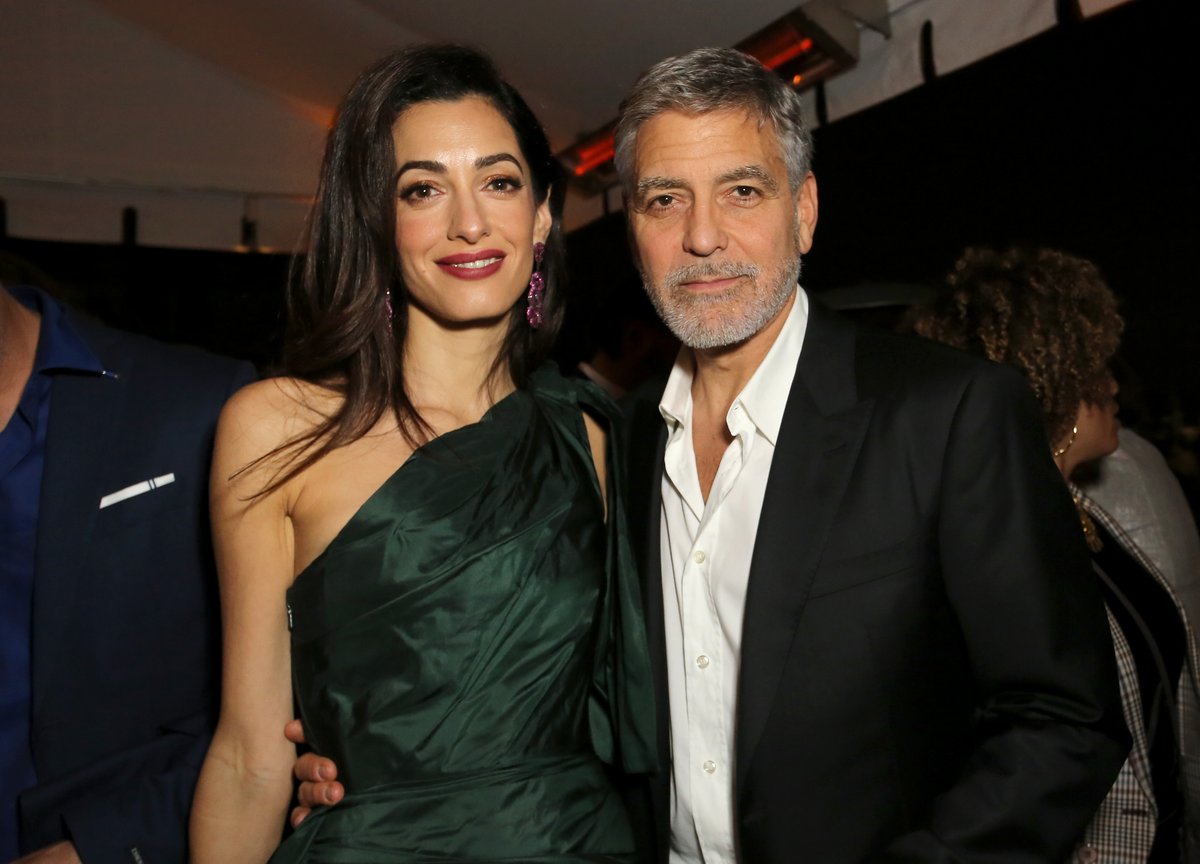 It's a family life that Clooney says he never saw for himself, but something he's very grateful for.

"There is no question that having Amal in my life changed everything for me," Clooney said on CBS Sunday Morning. "It was the first time that everything that she did and everything about her was infinitely more important than anything about me."

"And then we had these two knuckleheads," Clooney added of his children, Alexander and Ella.

"It is very fulfilling and something I wasn't at all... didn't see coming."