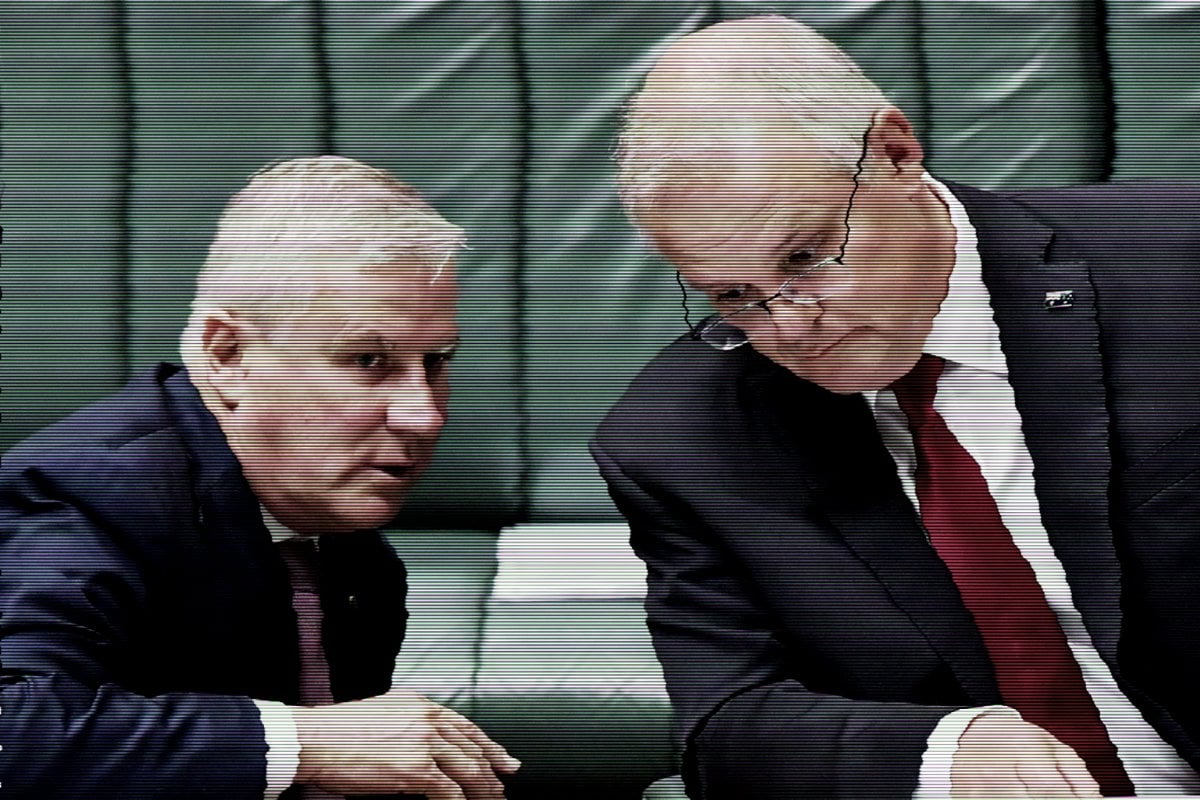 For the past two decades, we've had a control and a test case.

In 1994, the Australian Labor Party adopted its first quota for gender equality within its ranks.

The Liberal Party did not.

While the Labor Party mandated that women would be pre-selected for 35 per cent of winnable seats at all parliamentary elections by 2002, the Liberal Party decided against quotas, and with that gave Australians front row seats to a political experiment.

The argument against such a quota usually falls into one of three camps: people should be hired on the basis of merit not gender, quotas fail to address underlying discrimination, and quotas are undemocratic because voters should be able to decide who is elected.

But what we've seen is that without them, nothing changes. And the Liberal Party in 2021 is proof of that.

In 1994, both major parties had about 14 per cent women in their federal ranks. In 2021, 47 per cent of the Labor Party’s federal MPs are women, while the Liberal Party only has 26 per cent female MPs.

Right now Labor is working towards a goal of women making up 50 per cent of the party’s MPs by 2025, after surpassing their original benchmarks incrementally.

"There's no intervention that ensures affirmative action it's just that people are thinking about it all the time. It's like a value that's articulated that we want to get to equality. And unless you are saying that all the time ('we want to get to 50-50'), and unless you are prepared to be publicly measured against that aspiration that you've publicly declared - nothing happens. Inertia sets in," Deputy Labor Leader Tanya Plibersek told Mamamia's No Filter podcast.

Canberra has had a 'women problem' since the dawn of time, with former Prime Minister Malcolm Turnbull telling ABC's 7:30 earlier this year, "women are treated with disrespect regularly, I would say almost institutionally in Parliament. It reminds me of the corporate world in the 1970s — it's so out of date."

But in the past few months issues pertaining to inequality, sexual harassment and toxic workplace culture for women reached a fever pitch.

We've seen multiple allegations of sexual assault emerge, we've been told of alleged cover-up and dismissal of those allegations, and on Monday night we were served the latest shocking headline by News Corp and Ten News - a group of Liberal party staffers allegedly filmed themselves performing sex acts on female MPs' desks.

There have been so many damning allegations in such quick succession. Women marched in the streets last week demanding change, well and truly fed up with the boy's club behaviour present in our parliament.

And this isn't just a Liberal Party issue. Even with its quotas the Labor Party is facing serious allegations pertaining to the treatment of women — as can be witnessed by the testimony shared by Liberal MP Nicolle Flint, who is leaving politics because of the sexist harassment she allegedly experienced from Labor MPs.

But that's why the topic of quotas has never been more relevant.

If we're going to see real, tangible change to the culture that allows sexism and gender-based discrimination to fester and grow, we need more women in the room. And it has to be everyone — MPs and ministerial staff — across the whole of federal politics. The entire place needs a quota.

Why? Because you can't heal something by only treating a small part of the wound. It'll just fester and re-infect the parts you've successfully treated.

Parliament House has a 'women problem'. We know that. Well, introduce so many women that the toxic "boy's club" that currently rules the roost has no other option but to pull itself into line.

In today's press conference about Parliament House's culture, Scott Morrison said he is "open" to a discussion on gender quotas in the Liberal Party.

“When it comes to that issue, I don’t hold the same reservations as others do,” he said. “We tried it the other way it’s not getting the results that we want to see, I would like to see us do better on that front.”

Industry Minister Karen Andrews, who was previously "anti-quotas", agrees. On Tuesday morning she said it was time for the Liberal Party to seriously consider introducing quotas to try to get more women into parliament. She told the ABC she'd had a "gutful" of the treatment of women in Parliament.

"Continuing the way we have, to attract women, has clearly not been anywhere near as successful as it needs to be," she said. 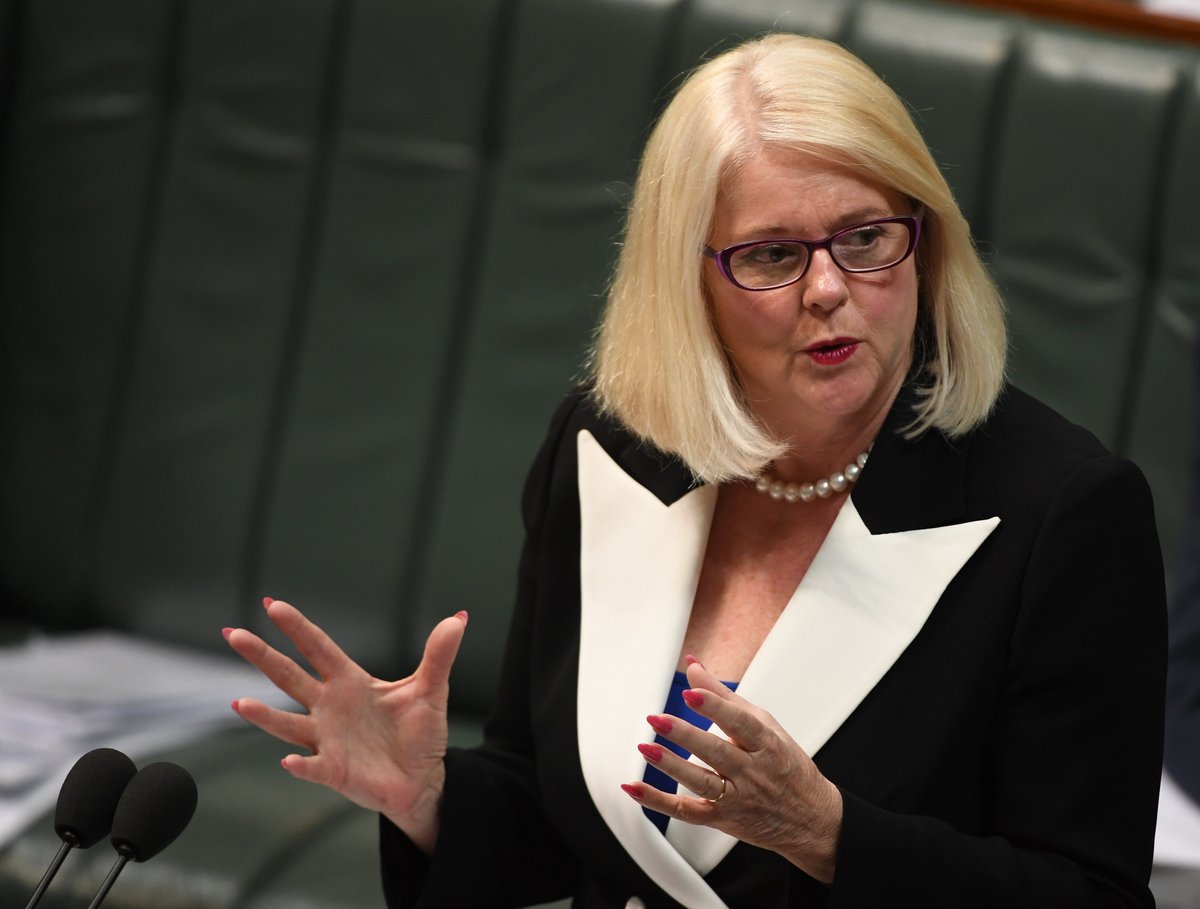 Quotas work because they provide an artificial boost to social change, as recruitment agency Six Degrees explains. They can be used to create a minimum level of equality in the short-term while normalising women in leadership.

As Hawke Government cabinet minister Susan Ryan wrote in her memoir Catching the Waves, quotas are "a blunt tool," but ultimately nothing else could "change the gender balance" for women in Parliament.

That memoir was published in 1999 and we're still, 20 years later, in need of that "blunt" shock to the system.

While the recent headlines have been horrific to stomach, let's hope they at least be a turning point for real change. Because we can't spend another two decades going at a snail's pace towards equality in the highest office in our land.

Quotas aren't ideal, but we need more women in the room. Stat.

Reply
Upvote
1 upvotes
I am against gender quotas for the basic reason is that it discriminates against non-binary people such as myself. I don't identify is either male or female. I would be excluded from preselection, as I am now from the Labor Party. Singer Sam Smith was recently excluded from the Grammy Awards because they identify as neither male nor female, so the academy refused to nominate Smith for any category. Gender quotas are a backward, regressive step.

Reply
Upvote
@fluid Yes, I think the need for quotas needs to extend beyond gender quotas. We need to have representatives from all those who make up the Australian population.