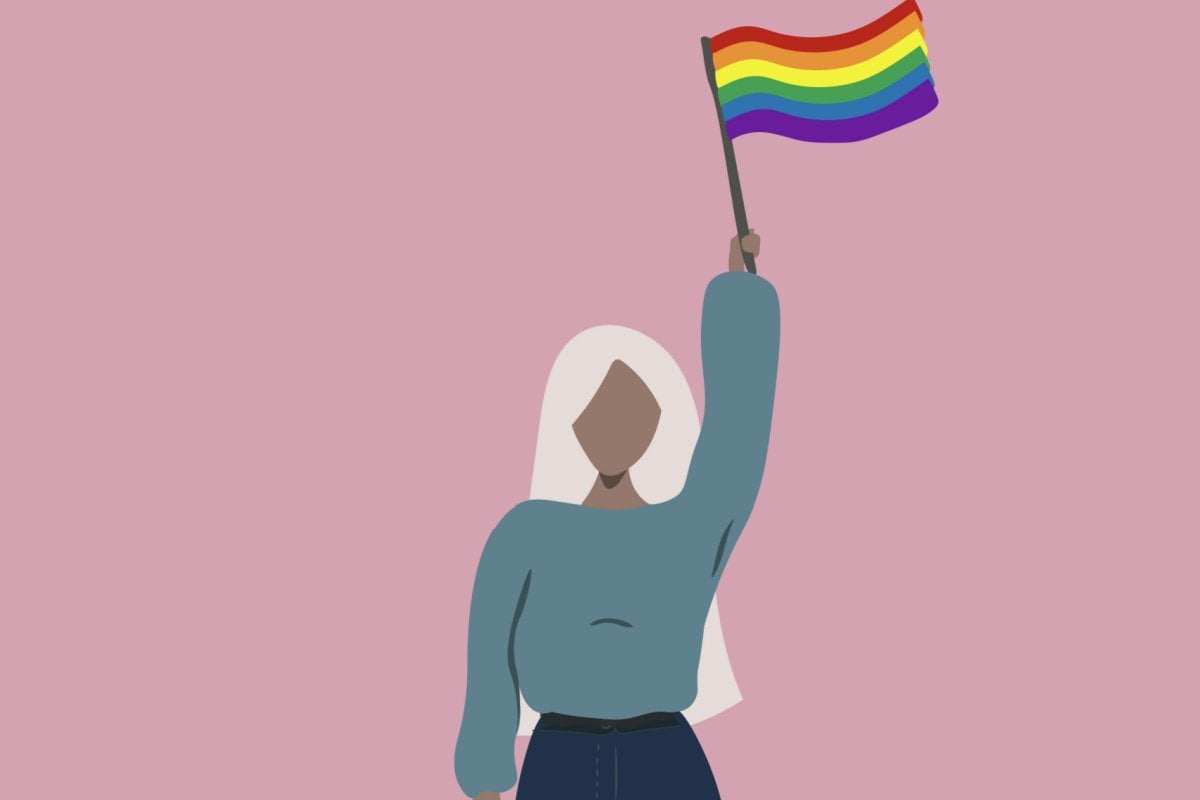 Gender-neutral communication is fast becoming a part of our mainstream vernacular.

In 2019, 'they' was named Word of the Year by dictionary publisher Merriam-Webster as a nod to the rise in use of gender-neutral pronouns, while the American Dialect Society bestowed its Word of the Year honours the same year to '(my) pronouns.'

In 2020 we saw businesses around the world adopt more gender-neutrality as everything from fashion to parenting started to make the shift. And in 2021, universities and health bodies are at the forefront in creating more inclusive environments for their patients, students and customers who identify as transgender, non-binary or non-conforming.

"While many students will identify as 'mothers' or 'fathers', using these terms alone to describe parenthood excludes those who do not identify with gender-binaries," the book states.

"This non-gendered language is particularly important in clinical or abstract academic discussions of childbirth and parenthood, both to recognise the identities of students in the class, and to model inclusive behaviour for students entering clinical practice."

Also in February 2021, UK health officials have asked nurses at two hospitals to substitute the term 'breast milk' for 'chest milk' or 'human milk' in an effort to be more inclusive to trans and non-binary parents. 'Breastfeeding' will instead be referred to as 'chestfeeding'.

The gender inclusive phrases were introduced in prenatal units in Brighton and Sussex University Hospitals.

Nurses are also discouraged from using the terms 'mother' or 'women' and to use gender-neutral terms such as 'parents' and 'people', with the word 'father' exchanged for 'second biological parent' or 'co-parent'.

In December 2020, the Herald Sun reported that Victoria’s state government had asked public servants to stop using words such as 'husband', 'wife' and 'sir' as per their revised LGBTIQ+ Inclusive Language Guide.

The document asked state bureaucrats to never assume everyone is heterosexual, for judges to avoid gendered titles like 'mister' in court, opting for words like 'citizen' instead, and for job applications to ask what name and pronoun applicants would like the interviewers to refer to them by.

In Germany, the most influential dictionary, Duden, has in 2021 been rewritten to make the language within it more gender-neutral.

In recent years airlines including Air Canada and Japan Airlines have changed their scripted welcome greetings to remove mention of 'ladies and gentleman.'

And in 2018, Qantas launched a Spirit of Inclusion initiative which included suggestions for employees to retire phrases such as 'honey', 'love' and 'guys', and swap terms like 'mum and dad' and 'husband and wife' to 'parent' and 'partner'.

Slowly but surely, more gender neutral language is becoming commonplace thanks to bodies and businesses like those mentioned above paving the way for their contemporaries to follow suit.

Why is gender-neutral communication important?

Let's start with pronouns. If you're an active user on Instagram, you might have noticed that more and more people have their pronouns written under their names.

It is that person's way of showing you how they identify, so that their gender is not assumed.

By assuming that someone is a 'he' or a 'she', it's reiterating the outdated trope that people must look or be a certain way. For those who don't identify as either male or female, the singular 'they' refers to a person whose gender identity is nonbinary.

Changing words like 'breastmilk' and 'mother' as outlined above, is an extension of this more inclusive style of communication.

For those who don’t fall neatly into the male or female categories, constant gender references to either male and female groupings can be alienating.

As Lera Boroditsky, a professor of Cognitive Science at UCSD wrote for What's Next? Dispatches on the Future of Science, "Even what might be deemed frivolous aspects of language can have far-reaching subconscious effects on how we see the world."

So even though it might not necessarily seem like a big deal to you, to others it is an important way to make them feel respected and included.

A study in 2016 found that using a person's preferred pronouns helps lower depression and raises self-esteem, and stated that "psychological gender affirmation, is critical to the well-being of transgender populations."

Why gendered words matter on an even wider scale...

The move towards more gender-neutral language is not just important for those in our community who are transgender, nonbinary or non-conforming.

The English language is full of gendered terms; like mankind, fireman and chairman, which fail to recognise the women who are in these occupations as well.

Gender-neutral terms are a step in the right direction for everyone in society because they encourage us to remove entrenched linguistic examples of gender inequality from our speech.

"Language reinforces the status quo. What if language is The Patriarchy? We can talk about change, but if the tool we have to talk about change is broken?" asked Equality Strategist Elle Graham-Dixo in a 3Percent conference in 2018.

"Every language spoken in today's world makes some gender distinction. 90 per cent of pronouns used are male, that's how we construct our sentences," she said.

Of course, this is delving into a much wider, more complicated discussion about the flaws in the English language.

But what it demonstrates is this: The English language was developed over the course of 1400 years, and it's constantly evolving. We make that happen by creating new words, benching outdated ones and modernising our vernacular. By swapping out certain words for more inclusive ones.

There's always going to be a level of push back from those who don't think the way we speak should change. But we're always inventing new words: think 'clickbait', 'selfies' and 'podcasts'. Removing words is no different, and there's a reason we don't use words like 'snollygoster', 'zwodder' and 'woofits' anymore. (Thanks to Business Insider for that blast from the Old English past.)

Removing the entirety of gendered language is a long road because it's so entrenched. But creating a more inclusive, non-binary and respectful dialogue with what we do have available to us doesn't have to be.

The more we see gender-neutral terms front and centre, the more they will become normalised.

That's why it's important. Because we have a responsibility in 2021 to make everyone in our society feel seen, heard and understood.

C
cat a year ago
Reply
Upvote
3 upvotes
Isn’t ‘gestational’ and ‘non-gestational’ kind of exclusionary in itself? Unless it’s just supposed to be used for describing pregnancy and very early childhood. Otherwise it’s a bit weird for adoptive or surrogate parents or for trans parents.
Referring to the ‘gestational’ parent of a 16 year old feels kind of irrelevant, since it’s been 16 years since gestation. Can’t we just go with ‘parent’?
J
jadebleese a year ago
Reply
Upvote
18 upvotes
You can only push the mainstream so far before they completely revolt.
I am happy to refer to people as whatever they want, however, I will always use the terms mother and father. I also refuse to give my ‘preferred pronouns‘ because I think it is rude to refer to me as anything but my name.
News
General
Opinion
True Crime
Politics
Sport
Explainer
Entertainment
Celebrity
Reality TV
Movies
TV
Books
Rogue
Royal
Lifestyle
Beauty
Fashion
Weddings
Home
Wellness
Health
Fitness
Travel
Food
Parents
Before The Bump
Pregnancy
Baby
Kids
Teens
School
Parent Opinion
Work & Money
Money
Finance
Career
Lady Startup
Relationships
Sex
Dating
Separation
Friendship
Family
Real Life
Couples