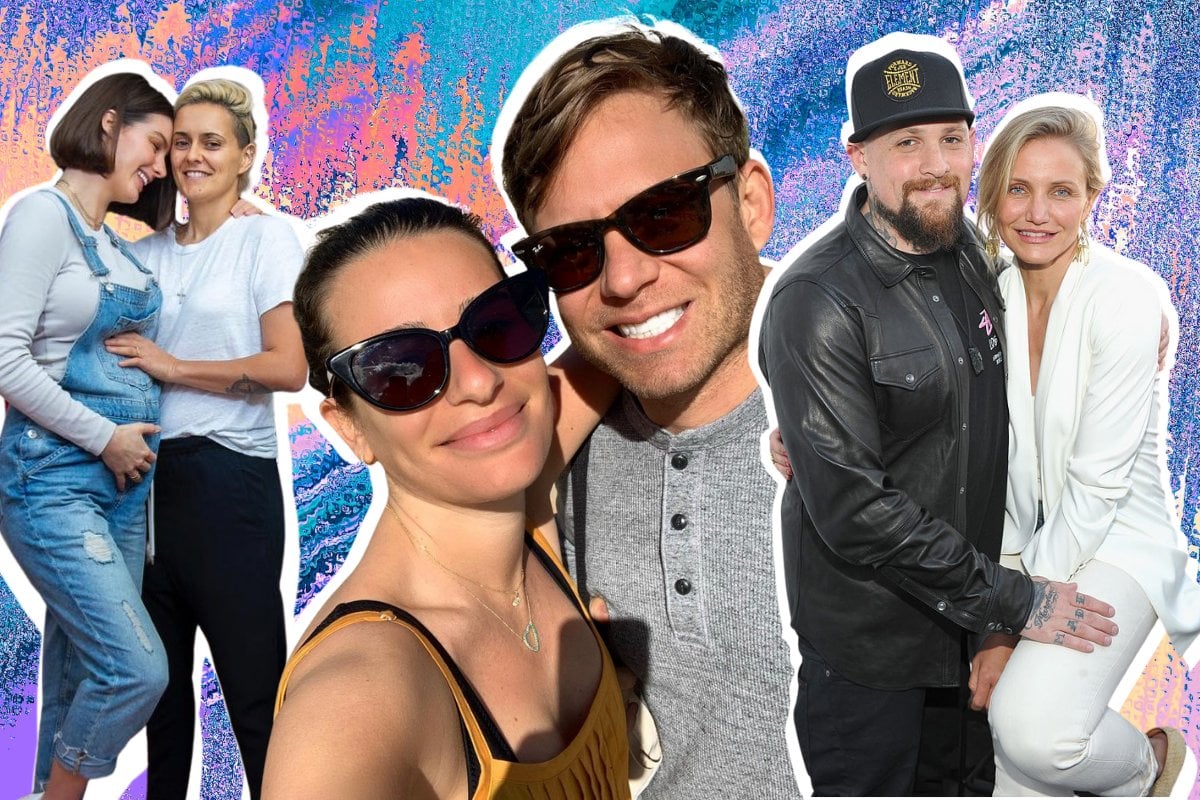 It’s not just the X's (although that definitely is a trend in itself). It’s not just the distinctive quality of the names. It’s the fact that people can’t make assumptions from X Æ A-12, Raddix or Onyx about the gender of the child.

In the case of Elon Musk and Grimes, at least, that’s exactly what they intended. It’s all part of their gender-neutral parenting approach.

“I don’t want to gender them in case that’s not how they feel in their life,” Canadian musician Grimes said before the baby was born.

There are more. Lots more. Milla Jovovich and Paul W. S. Anderson called their third daughter Osian. She’s a sister for Ever and Dashiel.

Meanwhile, River, which is one of the top 20 “gender-fluid” names for babies, continues to be big with celebs in 2020. It nails the environmental trend and the gender-neutral one at the same time.

Go further down the list of celebs who had babies in 2020 and things stay interesting. Meghan Markle’s ex Trevor Engleson and Tracey Kurland had a girl called Ford. Comedian Kel Mitchell and Asia Lee had a boy called Honor - a brother for Allure, Lyric and Wisdom.

Model Lucky Blue Smith and Nara Pellman had a girl called Rumble, a sister for Gravity.

Okay, so maybe Rumble is just part of that age-old tradition of celebrities giving their kids wacky names. But there’s definitely something going on here.

Without a doubt, celebs are leading the way when it comes to gender-neutral names. Our world is becoming more gender-fluid, so why shouldn’t names reflect that? Just as not every person fits into the “male” or “female” category, nor should every name have to.

Listen to Mamamia's daily news podcast, The Quicky, on what it's like raising your child gender neutral. Post continues below.

Another nice trend in celebrity baby naming in 2020 is celebs giving their kids names that reflect their cultural heritage.

There’s so much more diversity in naming than there used to be – less than 10 per cent of babies born nowadays will be given a top 10 choice – so when classrooms are full of kids with “unique” names (hi, Rumble), parents don’t have to worry so much about their kid’s name fitting in.

Footballer Moana Hope and model Isabella Carlstrom called their daughter Svea, after “the mother of Sweden… a Viking warrior”.

Meanwhile, Chloë Sevigny and Siniša Mačković went for the Croatian name Vanja for their baby boy.