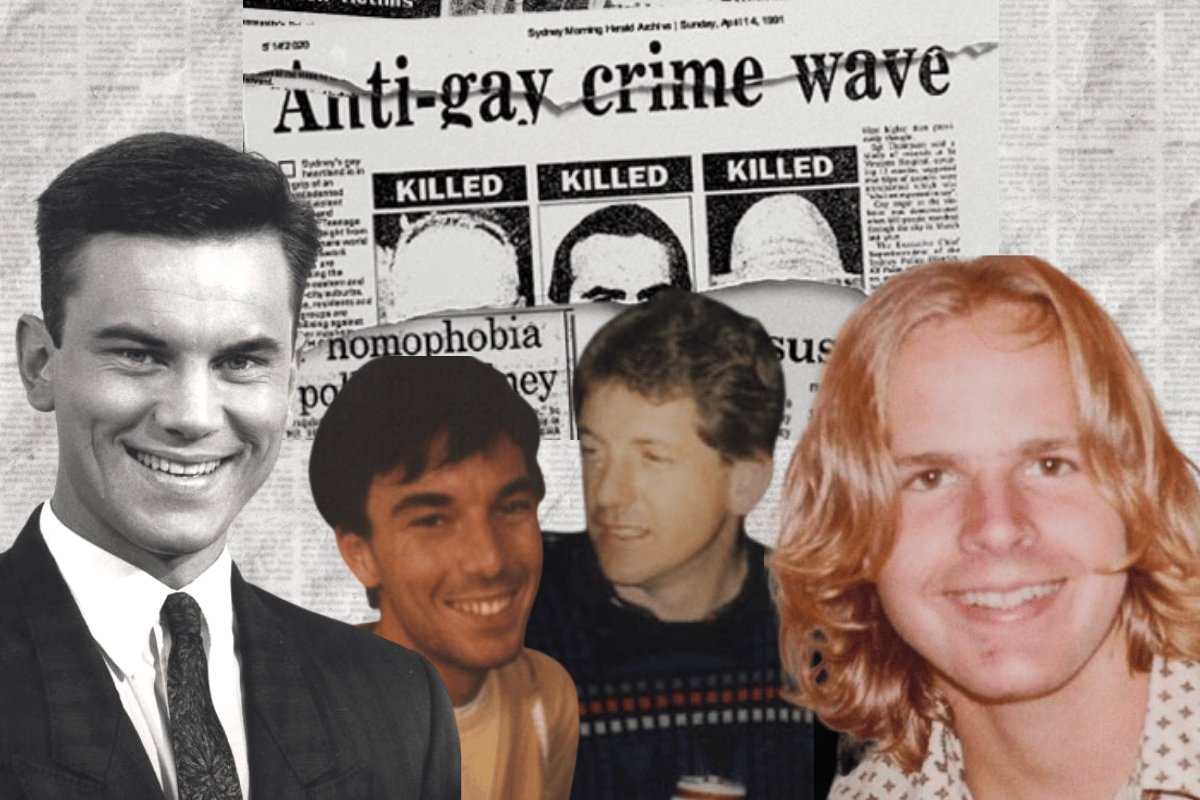 Between 1970 and 2010, there were a series of brutal crimes committed in Sydney against gay and transgender people.

Many of these hate crimes resulted in murder.

This week, a commission of inquiry into these hate crimes was announced in NSW, which will investigate crimes against 88 men. Some 23 of these cases remain unsolved.

In a statement, NSW Premier Dominic Perrottet said: "These unsolved deaths have left loving families without answers for too long. This inquiry will work to close a dark chapter of our state's history that has left an indelible mark."

It is also hoped the inquiry will lead to new evidence being uncovered or bring previously unreported crimes to the forefront. But what it will also do is formally acknowledge those who were victims of brutal hate attacks and tell the stories of the humans at the centre of each tragedy.

One of the men who lost their life is Ross Warren, who disappeared in July 1989.

He was a 24-year-old WIN Television presenter who lived in Wollongong, and every second Friday he would travel to Sydney to spend the weekend with his friends. But on that July weekend, he vanished and hasn't been seen since.

A 'closeted' gay man, Warren had driven to Fletcher Street near Marks Park in Bondi on Saturday night. At the time, Marks Park was a known 'gay beat' - a term used to refer to an area frequented by gay men.

On Sunday, Warren's friend Craig went to Paddington police station to report him missing. He was confused about why his friend didn't come home that Saturday night, and knew it was out of character for him to not tell people where he was.

But when Craig arrived at the station, police told him, "You've got to wait another day or so before we can really act on this." Warren's friend decided to go looking instead and found Warren's car on Fletcher Street and his car keys found on rocks nearby.

Warren's body was never found but years later police said he was likely the victim of a gay hate-related crime.

And at the time, the police didn't launch a full investigation. Warren's mother also petitioned the NSW Police Force to investigate. But her letters largely went unanswered.

During a later inquest, the Deputy State Coroner pointed out the lack of a police investigation into Warren's disappearance was a "grossly inadequate and shameful investigation". The Coroner also determined that Warren was "a victim of homicide perpetrated by a person or persons unknown". 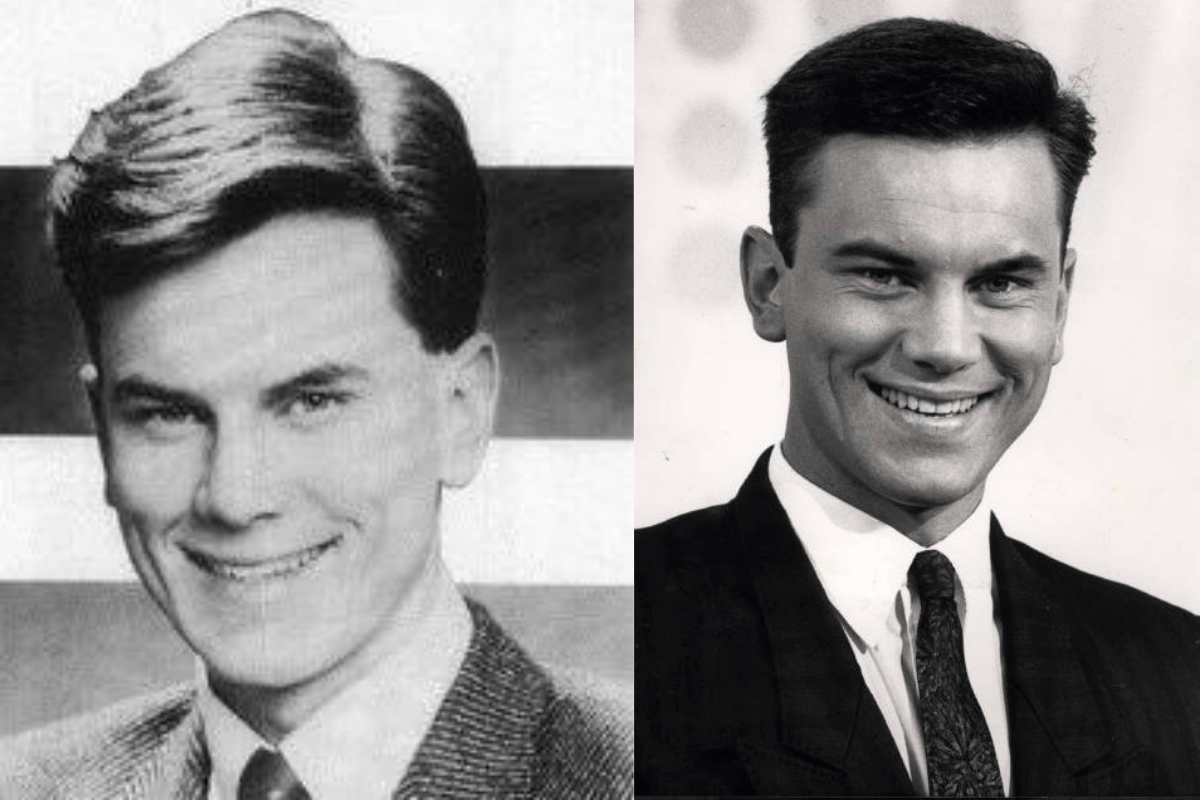 Another story imprinted on us is Scott Johnson.

He was an American-born promising mathematician who had moved to Sydney for love. On the morning of December 10, 1988, the 27-year-old's naked body was found by fishermen on the shoreline of Manly. His clothes were discovered in a neat pile at the top of the cliffs above, along with his watch, student ID and $10. There was no note.

His death was initially ruled by police as a suicide. But it was Johnson's brother, Steve, who spent decades trying to prove that his brother had not taken his own life, but had actually been murdered.

Using his own funds, Steve assembled a group of 12 experts in the US and Australia. Among them are lawyers, journalists, former detectives, NSW Police officers and a former Coroner.

On ABC's Australian Story, former Coroner Jacqueline Milledge argued that Johnson's death was another crime that did not receive the attention it deserved by NSW police.

"When Scott Johnson died in 1988, homosexuality had only been decriminalised [in NSW] in 1984, so it's a very short time in terms of police attitudes," she said. "There would have been a lot of prejudice, so it could have been, 'gay man, don't care', or 'gay man at a beat - care even less'."

Steve and his team were able to uncover new evidence and documents, which resulted in a new criminal investigation and a million-dollar reward from NSW Police, which Steve pledged to match.

And in 2020, Sydney man Scott White, 49, was arrested and charged with Johnson's murder.

"There's no way to describe what that felt like, after 31-and-a-half years, they've apprehended the person they believe killed my brother," Steve Johnson told the ABC. "Finally, I'm going to have some answers." 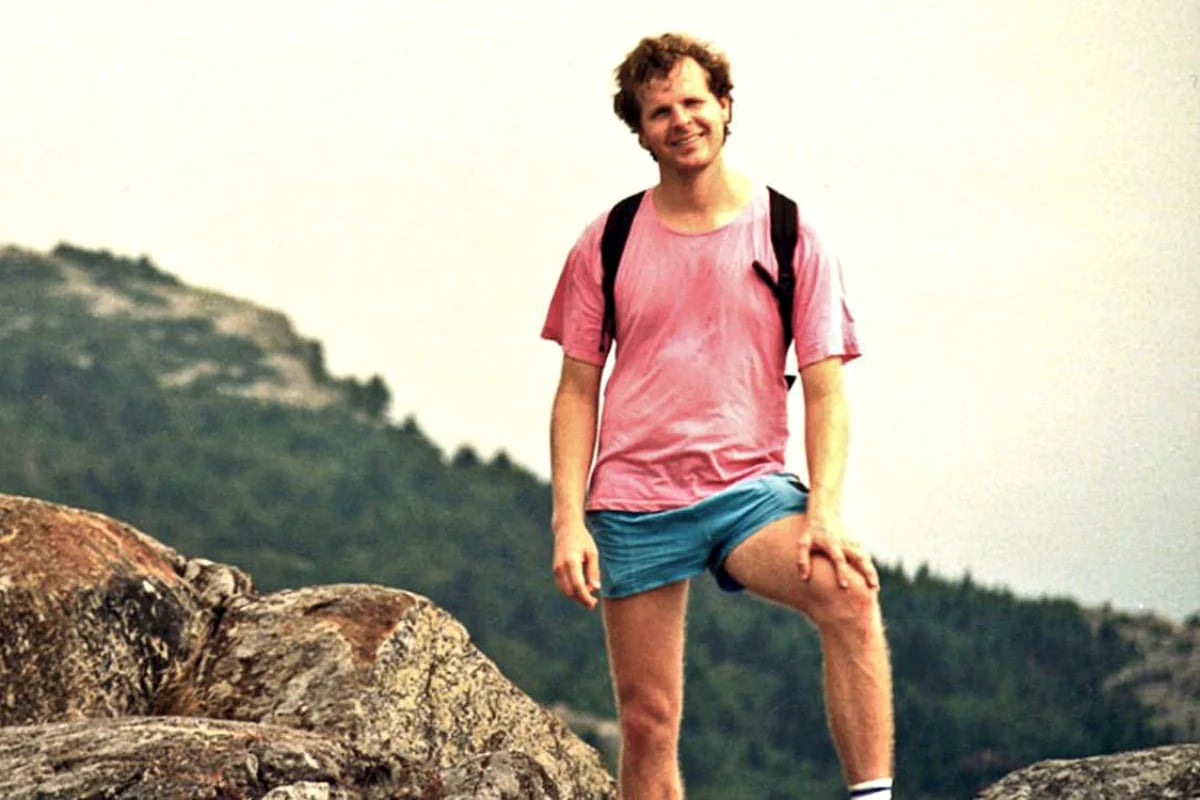 Sadly for many of the additional victims of gay hate crimes in Sydney, their perpetrators are yet to be found.

In November 1989, the body of 31-year-old bartender John Russell was found at the bottom of a cliff in Tamarama in Sydney's eastern suburbs.

And in 1992, there was 64-year-old Cyril Olsen. His body was found in Sydney's Rushcutters Bay, and even though an autopsy determined he had been horrifically beaten, Olsen's death was officially recorded as 'a drowning'.

All these men are now believed to have been murdered. It's these stories of horrific homophobia that show why an inquiry is desperately needed.

As Assistant Commissioner Tony Crandell, who is the police spokesperson for sexuality, gender diversity and intersex, said: "It's an ugly part of our history. It needs to be acknowledged and we need to do everything we can to make sure no one is ever again fearful of their life because of who they are."

Supreme Court judge Justice John Sackar has been appointed to head this new commission of inquiry, with the final report expected to be delivered in June 2023.

The inquiry will specifically explore the "manner and cause of death in all unsolved suspected hate crime deaths" in NSW between 1970 and 2010. And unsurprisingly, this inquiry has been asked for many years now.

In a press release, Greenwich said, "I am heartened to see the inquiry established and underway. For too long the LGBTIQ lives lost during this terrible period have not received the justice they deserve.

"It's my hope that this judicial inquiry will provide some closure for the friends, family, and communities of those who were victims of brutal and cowardly attacks and help ensure that dark time is never repeated."

In 2018, a parliamentary committee found NSW Police had historically failed in its responsibility to investigate cases properly. The committee also heard testimony from victims, their families and legal representatives.

"This epidemic of violence, along with the slow and inadequate responses to many of these crimes, has left a painful legacy for the loved ones of victims, survivors, their families, and the broader community," ACON chief executive Nicolas Parkhill stated.

"It will need to uncover where there have been systematic failures and wrongdoing, particularly in law enforcement systems and justice agencies."

As for the families of these 88 men, an inquiry won't bring their loved ones back, but it will hold institutions to account.