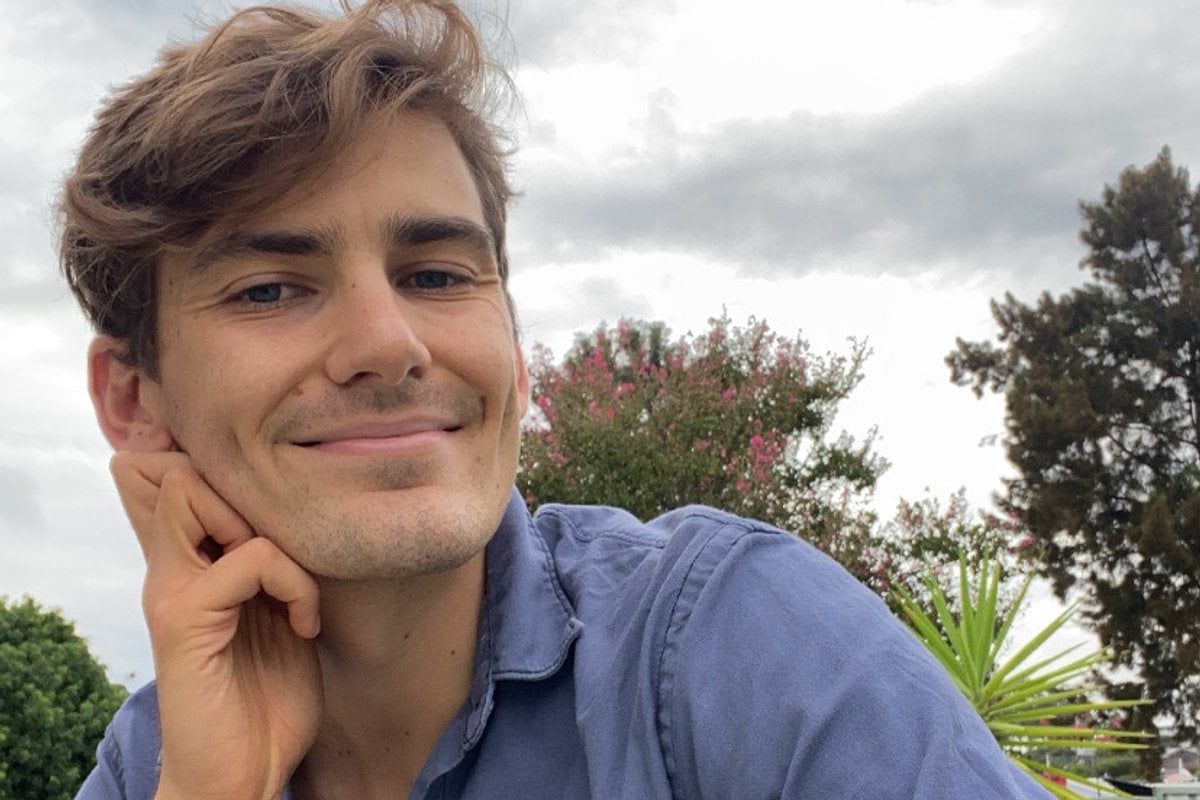 It’s time to throw on the glitter face mask and turn up the Kylie.

The annual reminder that love is love, Mardi Gras, has arrived. Better known to the masses as the LBGTQIA+ community’s pilgrimage to Mecca... aka a seedy bar at the end of Oxford Street.

Australia’s queer culture is as rich as it is sequined. From the Queens in the desert and the aforementioned Minogues to the infectiously positive parade that takes place on Oxford Street each year, in March, queer people are encouraged to unite and celebrate pride and survival.

Watch: In his shoes, transitioning into Jess. Post continues below.

There is no denying that the acceptance of the queer community has ballooned during the 21st Century.

YAAAAS Queen, Queer Eye and Drag Race are now all acceptable dinner party conversations. And I for one couldn’t be happier that facets of queer culture has sashayed into the mainstream.

However, for every buffed up six-pack parade strutter and attendee of heaving Oxford Street bars in Sydney, there is an average sized queer person waiting for society to celebrate them.

Male queer culture in particular has been somewhat monopolised by one bodily and personality stereotype.

Looking at the representation of queer culture in decades gone by, you’d be forgiven for thinking all us queer people are meant to be loud and bubbly life of the parties, who match their disposition with a love of bubbly of the alcoholic variety.

We are meant to dance the night away (once again to the aforementioned Minogues) and be at the beck and call of our straight friends with a Cosmo in hand. On the other hand, the representation of the lesbian, bisexual and transgender experience barely entered the pop culture conversation.

While I can’t pinpoint an aha moment, I knew I wasn’t straight from a fairly young age. As I grew up, I chose to hide my sexuality. Rather than embracing my uniqueness, I sought to quash it. I would actively avoid being seen as "gay".

Slowly, as I began to accept my sexuality, I decided to come out as bisexual.

When combatting my internal coming out turmoil, I turned to the representation of queer people in mass media to connect with the community.

Such representation barely reflected what we now see as the authentic queer experience. I was met by super jacked up men who balanced an affinity with nightlife and obsession with the gym and their ability to be super dooper sassy.

Then there was me. An average sized boy who preferred a walk in the park and ice cream to a 40kg deadlift and a protein shake. As much as I could try, I would never fit into the mould the mass media wanted

Needless to say, I tried to fit into the closet of what was expected of my body. I was about 16 when I began to starve myself of nutrients and love. This self-induced deprivation continued well into my 20s.

I would spend hours picking and prodding at what I perceived to be rolls of unloveable fat on my non-existent belly.

Beating myself up, I would lament that I would never have the confidence or chiseled abs of an Oxford Street strutter.

My infatuation and deprivation evolved into anorexia and an unruly obsession with food.

I was crippled by calorie counting, step counting, and a constant battle between my heart and mind. More than anything I was determined to "become attractive". I told myself that I was unloveable, be that in a relationship or friendship, unless I was physically desirable.

Listen to Mamamia's fashion podcast, What Are You Wearing? Post continues below.

After near enough to half a decade of malnourishment, I hit a breaking point. My bones ached, my eyes drooped, and my belly cascaded. Tried as hard as I might, I had gone well beyond the perceived perfection of having a six-pack.

Through therapy, a diet change, and the moving balm of yoga, I have consciously spent my early 20s in recovery from anorexia.

While it is still a challenge today, I have made the daily decision to love my body and choose recovery over chasing a six-pack.

The commitment, albeit at times very unstable, to embrace my sexuality and surround myself with people who bolster and support me has seen me slowly stabilise. I have realised that, just as straight people are allowed to come in any wonderful shapes, so are we.

Unfortunately, the archetypal body image of a queer male is warped to suit what the general public have been conditioned to be comfortable with. While I absolutely embrace these people in our community, this body just isn't attainable for so many. Trust me, I have tried to love 5am HIIT classes!

Yet the tide is indeed turning.

From the wonderful inclusion of non-binary characters in And Just Like That to the shape and ethnicity diversity of Drag Race, mass media is slowly but surely inviting the rest of the LGBTQIA+ community to the table.

It is a vital call out to anyone, young or old, who may be struggling to come to terms with their sexuality, that an accepting and diverse community awaits them on the other side of their journey, whatever that may entail.

So come Saturday, I will be heading to the vicinity of the eastern suburbs of Sydney. I’ll be spinning around to Kylie and sipping a Cosmo, all in my average body shape.

Will Cook is a freelance writer and ambassador for the Butterfly Foundation. You can follow him here.