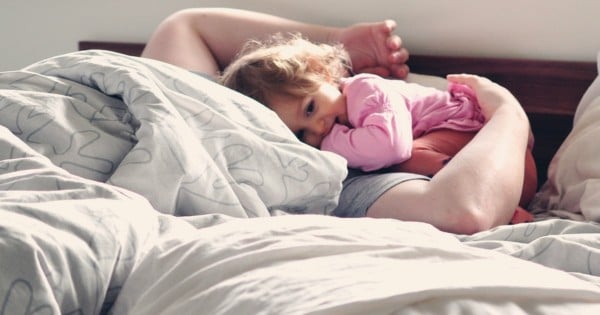 I know when a relationship ends it’s usually pretty horrible, especially if you are the one that’s been left. It’s worse still if it’s been a long-term relationship and kids are involved, well then it can get downright nasty.

So, I just need to vent because this happens so often that it seriously pisses me off and this is directed at both women and men …… when your relationship ends, and I don’t care who ends it or why – DO NOT USE YOUR CHILDREN AS WEAPONS AGAINST YOUR EX.  Just because your partner is your ex, doesn’t mean that they are your children’s ex.

Just to be clear here, I’m not talking about if your children are in danger, that’s a whole different matter. But if your partner cheats on you, or decides that they don’t love you anymore and they want to move out, don’t use the children to get back at them.

Don’t degrade your partner in front of the children, let them grow up and make up their own minds about their parent.  Don’t make them take sides, the ending of the relationship is between you and your ex – that doesn’t mean that they don’t deserve to still be a parent.

"Don’t degrade your partner in front of the children." Image via iStock.

Your partner may have hurt you but that doesn’t mean that the children have to hate them.  Act like the adults that you are and put your pride and ego aside when it comes to the kids.  They are children, and it’s tough enough for them to deal with the fact that a parent has moved out and instead of dumping them with all your shit you need to realise that they deserve to know that their parents love them, whether or not their parents both live together.  You need to both do what is best for them, not for you.

I am just so sick of seeing children used as pawns in some kind of sick and twisted mind game against the other parent, or ex against ex. And you know what?  Your actions - by using your children as weapons - are what will fuck up your children, not your partner leaving.  If you want revenge against your partner then go and be happy – have a great life which says more than anything, ‘fuck you, I’ve realised I’m better off without you’.

Your ex has a completely different relationship with their children than what they have with you, so don’t for one moment think that ‘they left me so therefore they left the children’, if that’s the case, would you prefer them to take the kids with them and leave you by yourself?  I doubt it.

"Your ex has a completely different relationship with their children than what they have with you." Image via TriStar Pictures.

And remember they are not YOUR children and they are not THEIR children, these beautiful souls are a unique product that the two of you have made, you don’t own them, they aren’t a possession, your one job as parents is to raise self-sufficient balanced adults.  That’s it.

Just because your partner has left doesn’t mean that they no longer love their children.  If they become lousy parents then they’re lousy parents and your kids will realise that.  Don’t make excuses for the other parent but at the same time, don’t make your children hate them, because nine times out of 10 they will still love the other parent and they are allowed to and if things don’t work out between them and their parent, that’s okay because it is the choice that they will make not you.

In case you missed it, break up registries are now a thing. Post continues below.

If you see a friend or family member doing this – grab them in a headlock and beat them over the head with a 4 x 2 until they can see sense.  Remind them that the fight is between the adults not the kids leave them out of it.

You are an adult and a parent, bloody well act like one.

Katrina-Jane is an award winning author, public speaker and realistic clairvoyant (as opposed to a woowoo one).

For more of her blogs or to get in touch www.katrina-jane.com