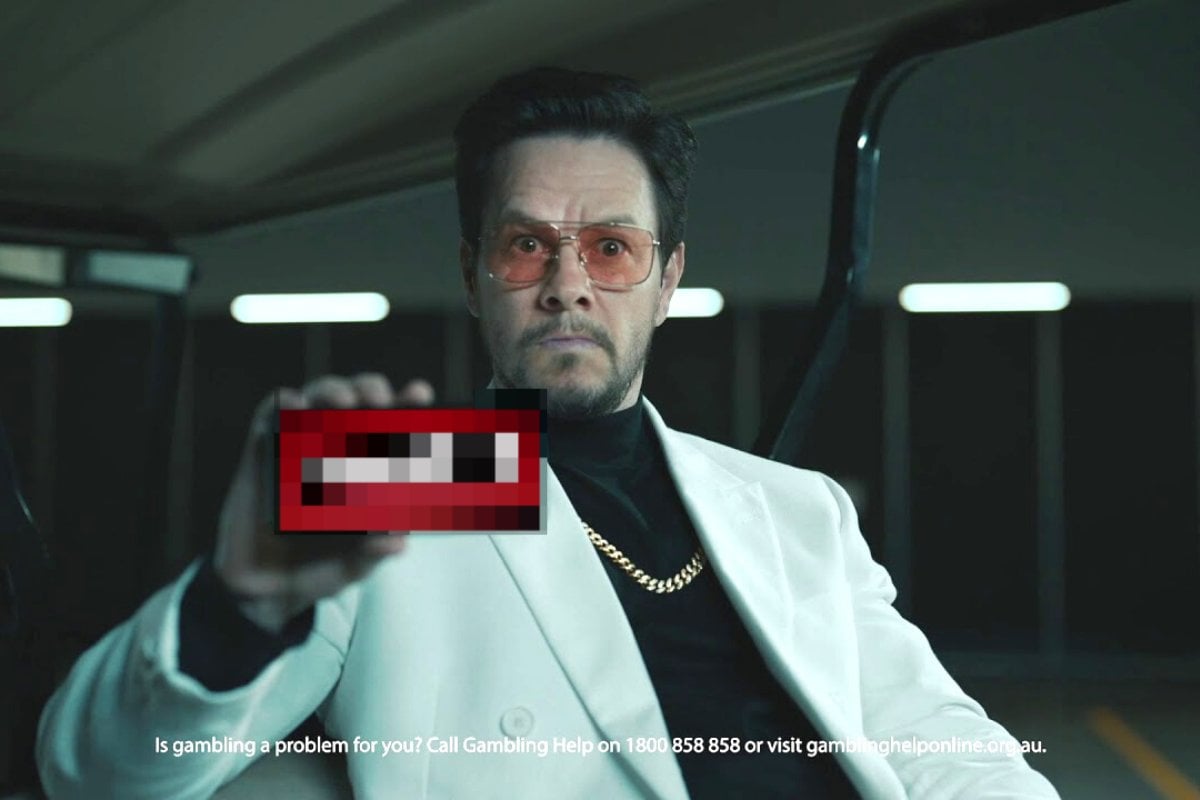 If you turn on your television, you'll see a gambling ad.

If you turn on your radio, you'll hear a gambling ad.

If you spend time on the internet, you'll likely be served a gambling ad.

And that's if you have no interest in sport, whatsoever.

If you do happen to watch sport, you might notice there's a 'siren to siren' blackout. No gambling ads are to be played in the breaks.

But the game you're watching might be played at PointsBet Stadium. And the players might have printed on the back of their jerseys 'Ladbrokes'. Or 'Neds'. If you're with mates, they'll probably talk about a "multi" or a "quaddie". And once the game is over, Mark Wahlberg will be back straddling a rocket, exclaiming that it's time to "Ladbroke the world".

To say that advertising has played a part in "normalising" gambling in Australia would be a profound understatement.

Gambling has become part of what it means to be an Australian, particularly an Australian man. If our (very blokey) national identity is defined by mateship and larrikinism, then that's probably most easily imagined as a bunch of men at the pub betting on whatever moves with a round of ice-cold beers.

The question becomes; is there anything wrong with that?

Today is the Melbourne Cup. Australians will bet an estimated $221.6 million on a three-minute-odd race. Most, of course, will lose money, but that's kind of the point.

People who bet today might not bet any other day of the year. It's a tradition. It's what their parents did, and before them, their grandparents. They remember the sweep in primary school. What it felt like to hold the name of a horse in their little hand, watching the race on an ancient TV inside a clammy classroom. Despite what our friends in the United States might think, we are not a police state. Australians have the right to gamble as a form of entertainment, and most people, depending on what data you look at, will not develop a problem.

But then there are those who bet all year long.

Australians are, to be clear, the biggest gamblers on the planet.

Almost 25 billion is lost annually on gambling. And one of Australia's largest advertisers, along with Coles, Woolworths and the Federal Government, is Sportsbet.

The problem here is twofold.

The first is for addicts, most of whom come from low-income households, who at this point don't even have a fighting chance.

It's not unusual to see two commercials for gambling in a single ad break. Advertising has become more insidious, personalising messages to users, and targeting them through text messages and emails. As Todd Sampson put it on last week's episode of ABC's Gruen, "addicts make great consumers". They'll keep handing over their money, even when it's not in their best interest.

The pandemic could have served as the Great Interruptor, giving people who struggle with gambling (like the Pokies) an enforced break. Instead, online betting ramped up. There's been a 300 per cent increase in online gambling since lockdown began. Whereas once in order to gamble you had to get into your car, drive to a venue, get cash out, and sit in a room with a mandatory clock on the wall and natural light - necessary signifiers that time is passing, now the barriers have been erased.

You can gamble from bed. The toilet. While you're working. It's a matter of a few clicks, any safeguards entirely removed. The easier something is, the more dangerous it is for addicts.

Last week, Facebook was criticised for putting "profits before people". Is that a flaw of a multi-billion dollar company, or an inevitable feature? Are major gambling companies really any different?

So that's the first problem. The second concerns children.

This year alone, 404,000 gambling ads have been played on TV and radio. In the ad break of Survivor. MasterChef. Programs airing during prime time. Kids are marinating in gambling content.

We discussed gambling advertising on yesterday's episode of Mamamia Out Loud. Post continues below.

One of the most watched ads on YouTube last year was by Sportsbet. It was, according to industry experts, a brilliant ad. Laugh out loud funny. Quintessentially 'Australian'.

The effect of this is a kind of grooming, whereby sport and gambling is understood by children to be inextricably linked.

Three in four kids can name a sports betting company off the top of their head.

Reverend Tim Costello, the chief advocate for The Alliance For Gambling Reform, says gambling advertising is "an adult product - they should not be grooming kids, who now believe that the Grand Final, not to mention the Brownlow and most games, are brought to them by betting companies."

We will likely look back on this moment in history with horror, like we do cigarette advertising.

Pressure for gambling advertisements to be seriously restricted is coming from government MPs, athletes, AFL clubs, parents and countless others.

While parts of Europe have acknowledged gambling is a social problem that can be addressed with advertising restrictions, Australia is falling behind.

404,000 gambling ads in 10 months isn’t good for us, and at a time when we’re asking corporations to take on some social responsibility, putting additional parameters on where and when we see gambling ads seems more than fair.

In order for a gambling company to afford Mark Wahlberg or Shaquille O’Neal, Australians need to lose.

And with every ad we’re exposed to, we lose a little more.

If you or someone you love is struggling with gambling addiction, help is available. For support, please call Gambling Help on 1800 858 858 or visit Gambling Help Online.

Reply
Upvote
Join the endgamblingads.org.au campaign- we owe it to our kids to take back sport from the bookmakers
M
mrsp 6 months ago