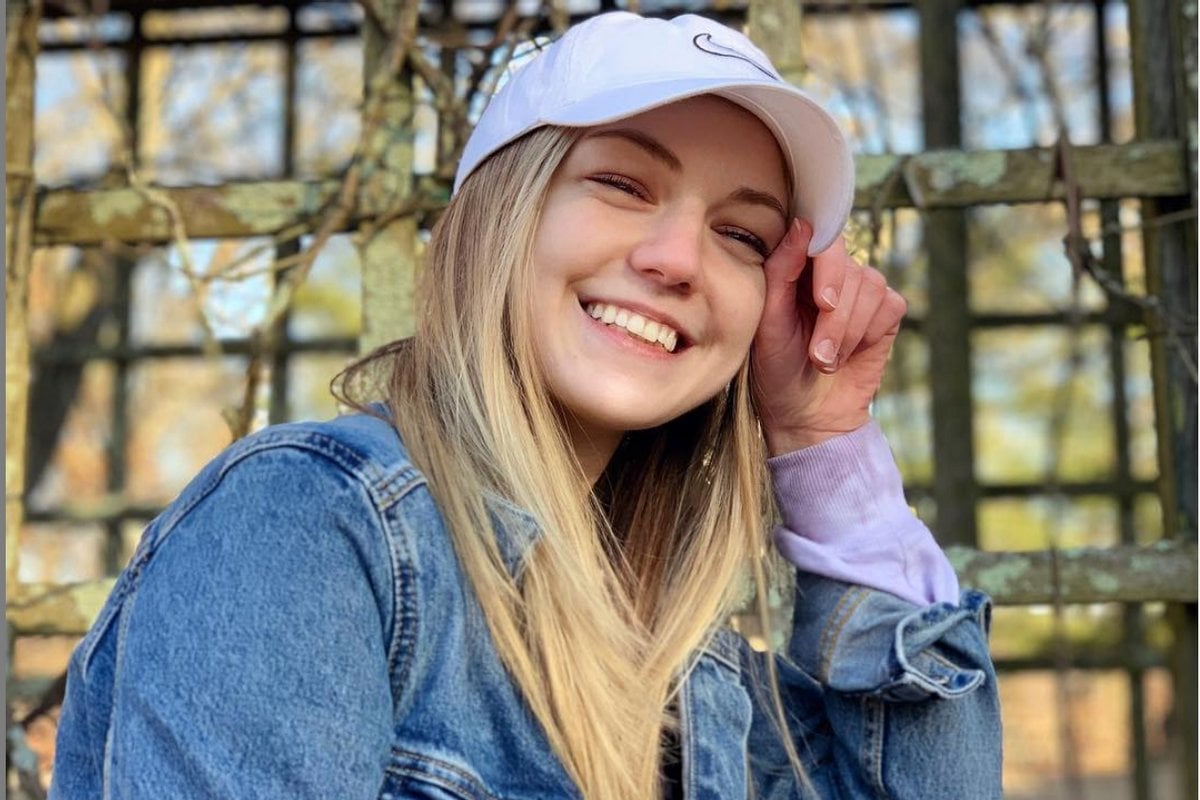 On Sunday they were informed that a body matching their daughter's description was found in the Grand Teton National Park in Wyoming, just shy of a month since they last spoke to her.

She was 22. She loved art and yoga. She'd set off in July on an exciting adventure across America in a Ford Transit van she and her fiance Brian Laundrie had transformed into a mobile home.

Read more: Three weeks ago Brian returned home without his fiance Gabby. A body has just been found.

We already live in a world that's true crime obsessed. Endless podcasts, movies, TV shows and articles are written about it, exploring both fiction and non-fiction cases.

But the way Gabby's disappearance has been co-opted by her generation on TikTok is a new breed of true crime obsession.

Millions of people have been 'investigating' the case in real-time, amassing hundreds of millions of views and even more comments debating the contents of their latest 'clues.'

At the time of writing the Gabby Petito hashtag on the social media behemoth stands at 355 million views with the top videos titled "Gabby Petito last text message sent" and "Gabby Petito update."

These content creators aren't journalists, or detectives. They're 'concerned' citizens who have been picking apart Gabby's social media accounts and movements, trying to work out if there are hidden meanings and messages the police have missed. 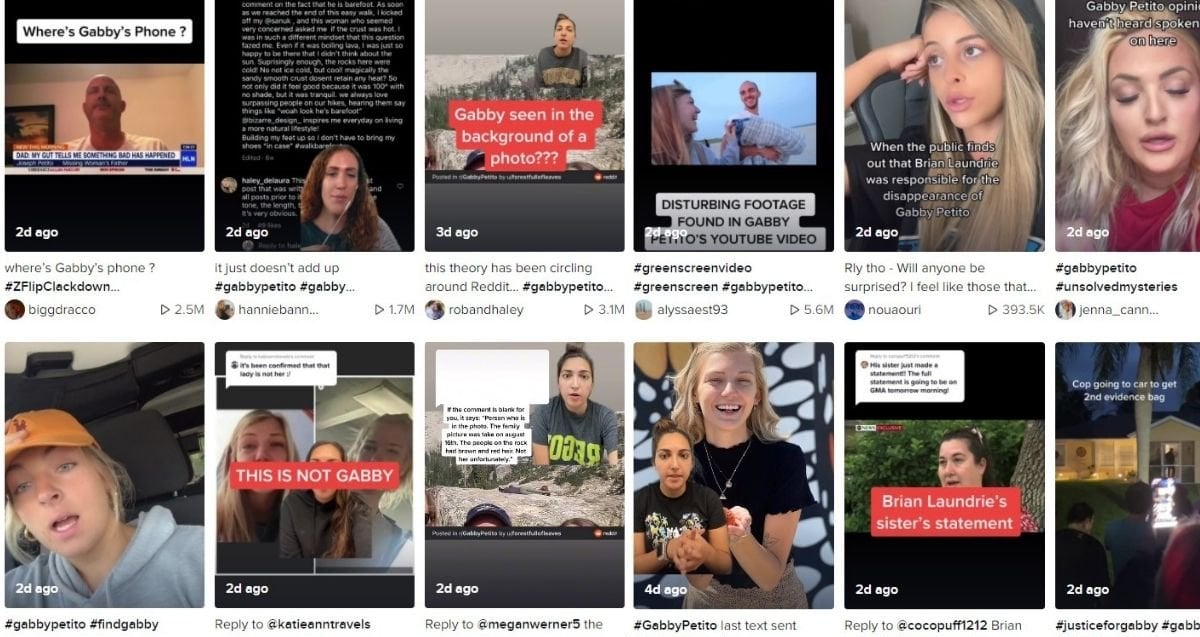 TikTok is blowing up with 'theories' and 'investigations' and debate about certain social images and police details. Image: TikTok.

Their intent may be to educate and get the word out about Gabby's disappearance. But the result is that they're turning a crime, a crime that's still unfolding, into voyeuristic entertainment.

Don't get me wrong. The media can be guilty of this too. In particular with Gabby, her story has been covered far and wide; she is beautiful, white, blond and young. It means that she is afforded a place on homepages based on those facts alone. There's even a term for it; 'Missing White Women Syndrome.'

It was coined by Gwen Ifill, an American journalist, and studied by sociologists. It refers to the veracity of which missing white women are disproportionately highlighted in news stories compared to missing people of colour.

Another key reason is because the circumstances are strange and mysterious. Brian returned home from their cross-country trip alone with their van on September 1, a week after Gabby's family last made contact with her. He refused to talk to police and then went missing himself, with footage this week showing the couple being pulled over by police a few weeks prior over a domestic incident.

It's a compelling true crime story with all the right twists and turns. And publicity can help solve crimes.

But the way it's being obsessed over, picked apart and followed seems to forget that at the core of this tale, there is a family sitting at home in their living room, devastated.

Reporting the news is one thing, creating viral 'clue hunting' videos is another. Especially when the millions of commenters are also implicating Brian in a crime he has not been arrested or even accused of yet beyond being named a 'person of interest' by police.

As media, we are held to a set of ethical and legal standards in the way we report these stories. TikTok creators who usually post updates on their family and lives, but who have decided to turn their attention to an ongoing police investigation, are not.

This is not true-crime like you see in your favourite TV show. This is not a 'TikTok investigation'. This is a missing persons' case that's officially, as of the weekend, turned into a real crime investigation.

Comments like 'social media is piecing this together faster than police' and 'I never thought TikTok would have me into something so deep' aren't helpful. They're hurtful. If these individuals have tips, great! Send them to the police, don't create viral videos for views.

Stop turning a family's worst nightmare into a true-crime 'whodunnit' obsession before they've even had the chance to process what's happened themselves.

Let the police do their job. Report facts. Not 'theories' investigated via Google and social media.

Her name was Gabby Petito. She is not your entertainment.

Reply
Upvote
An interest in crime is absolutely fundamental to human nature & psychology, it's never going to go anywhere. It's more useful to ask what it is about a particular crime that resonates than to shame people.
L
laura__palmer 8 months ago

Reply
Upvote
True crime is entertainment, and with sites like this promoting true crime as entertainment, no wonder Millenials and gen z are totally caught up in a case like this.
Do you listen to My Favorite Murder or Crime Junkie or Last Podcast on the Left, or any of the other millions of True Crime podcasts? Watch Forensic Files or SVU or Snapped or Bones or some other true crime show or crime drama? Then you haven't got a leg to stand on criticising the coverage of this. She is a 'perfect' victim (young, white and pretty) of an intriguing crime with her family advocating for her. It was always going to go like this with this current obsession over true crime.
News
General
Opinion
True Crime
Politics
Sport
Explainer
Entertainment
Celebrity
Reality TV
Movies
TV
Books
Rogue
Royal
Lifestyle
Beauty
Fashion
Weddings
Home
Wellness
Health
Fitness
Travel
Food
Parents
Before The Bump
Pregnancy
Baby
Kids
Teens
School
Parent Opinion
Work & Money
Money
Finance
Career
Lady Startup
Relationships
Sex
Dating
Separation
Friendship
Family
Real Life
Couples