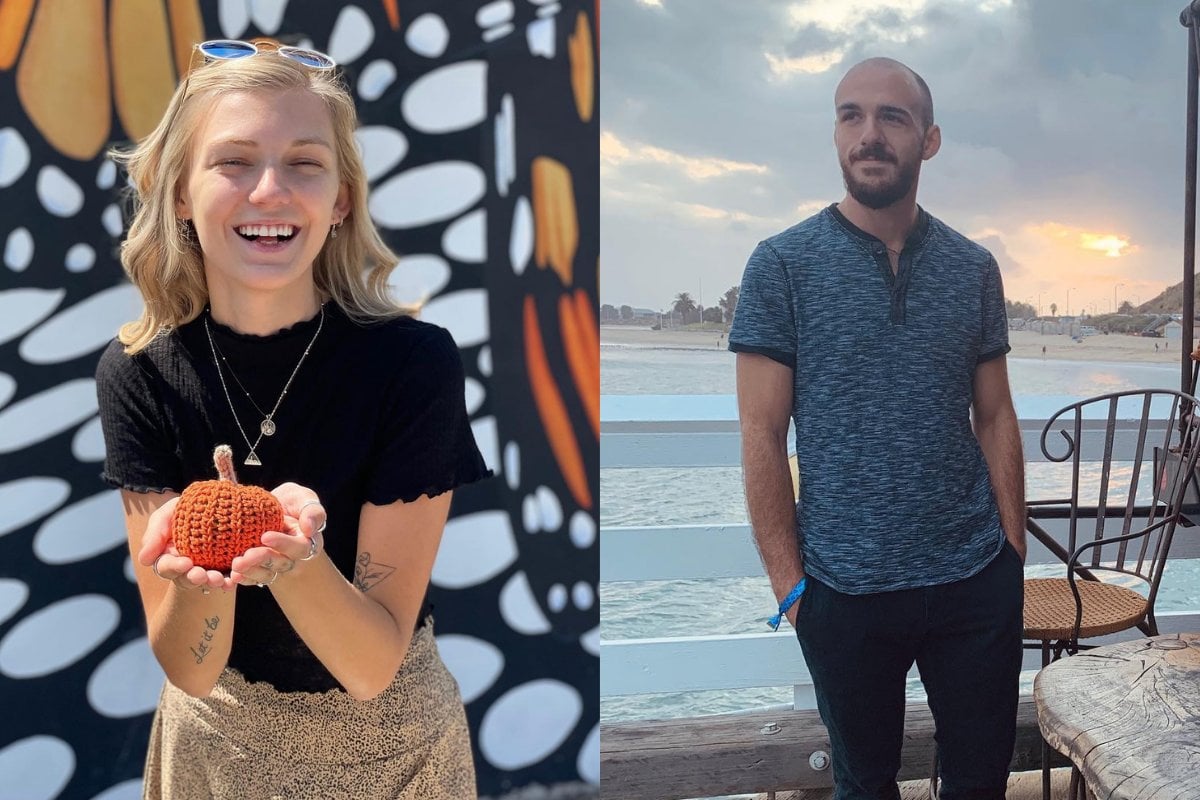 Last year, Florida couple Gabby Petito and Brian Laundrie decided to "downsize" their lives and travel full time. They transformed the belly of an 11-year-old Ford Transit van into a mobile home, and by July, they'd set a course west across America.

Their final destination was meant to be Portland, Oregon, which they were due to reach some time in late October.

But on September 1, Brian returned to his parents' house in Florida. He had the van, but his fiancée was not with him.

Gabby's family, with whom she previously maintained regular contact, had not heard from her since the last week of August. And Brian refused to talk.

Then, three weeks after his return, the FBI confirmed Gabby's body had been found in a Wyoming forest.

The United States coronor declared that the 22-year-old had died as a result of strangulation, likely three to four weeks before the discovery of her body.

Brian Laundrie, who was named as a person of interest disappeared and weeks later his body was found, with an autopsy declaring he had died by suicide.

And this week, the FBI announced that Laundrie admitted to killing Petito in a notebook discovered near his body.

The couple was documenting their trip via social media, and the most recent post on Gabby's Instagram was on August 25. She also had a conversation with her mother just days earlier.

Around that time, she was believed to be in the Grand Teton National Park, Wyoming, in the west of the country, which is where her body was located. 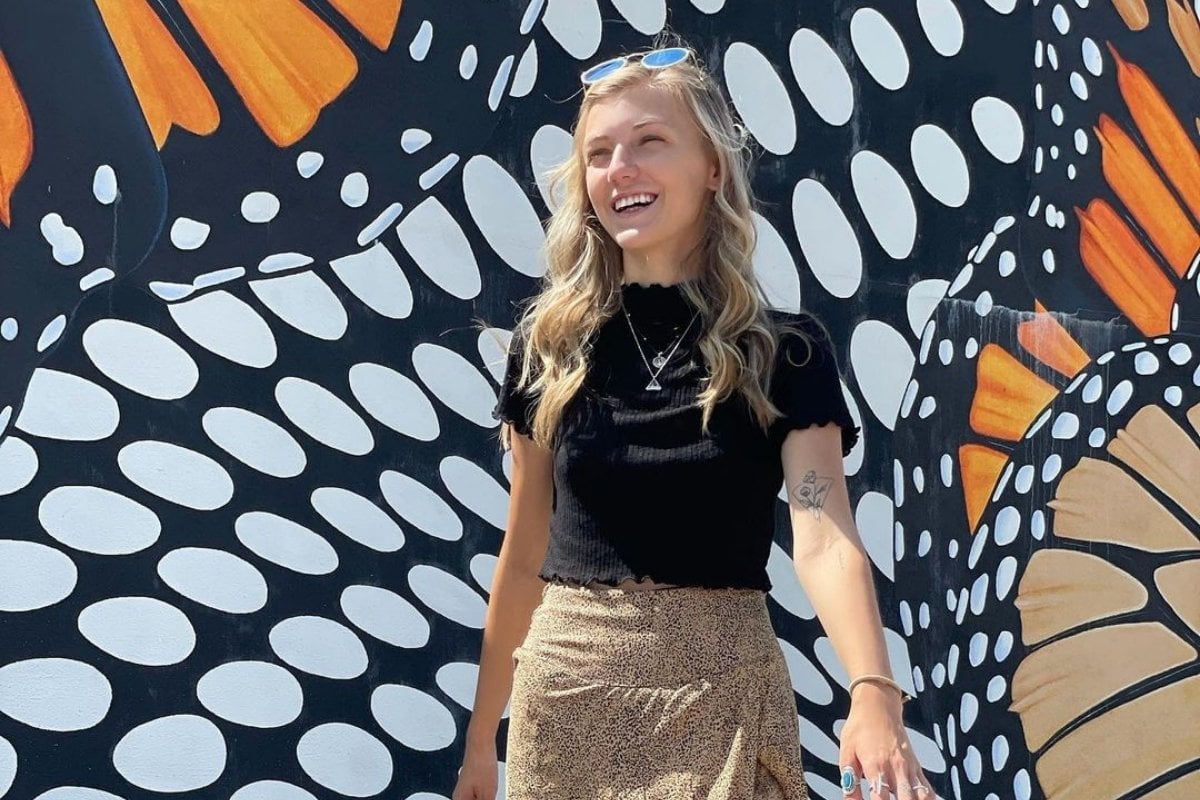 One of the last photos uploaded to Gabby's Instagram account. Image: Instagram. Details then also emerged of an altercation she and Brian had during their time in the neighbouring state of Utah a fortnight prior.

Bodycam footage recorded by the Moab Police Department on the afternoon of August 12 shows that an officer pulled over the couple's Transit van after it was seen speeding and hit a curb near the entrance to Arches National Park.

The hour-long video shows Gabby in a distressed state.

The pair were interviewed separately, and a tearful Gabby told officers she was upset because she and Brian had been arguing. She said she had been struggling with symptoms of her obsessive compulsive disorder and that she had been "frustrated" and "stressed" that morning about trying to get her travel blog up and running.

"He doesn't really believe that I can do any of it. So that's kind of been like a – I don't know. He's like a downer," she said.

"We've just been fighting all morning, and he wouldn't let me in the car before. He told me I needed to calm down." 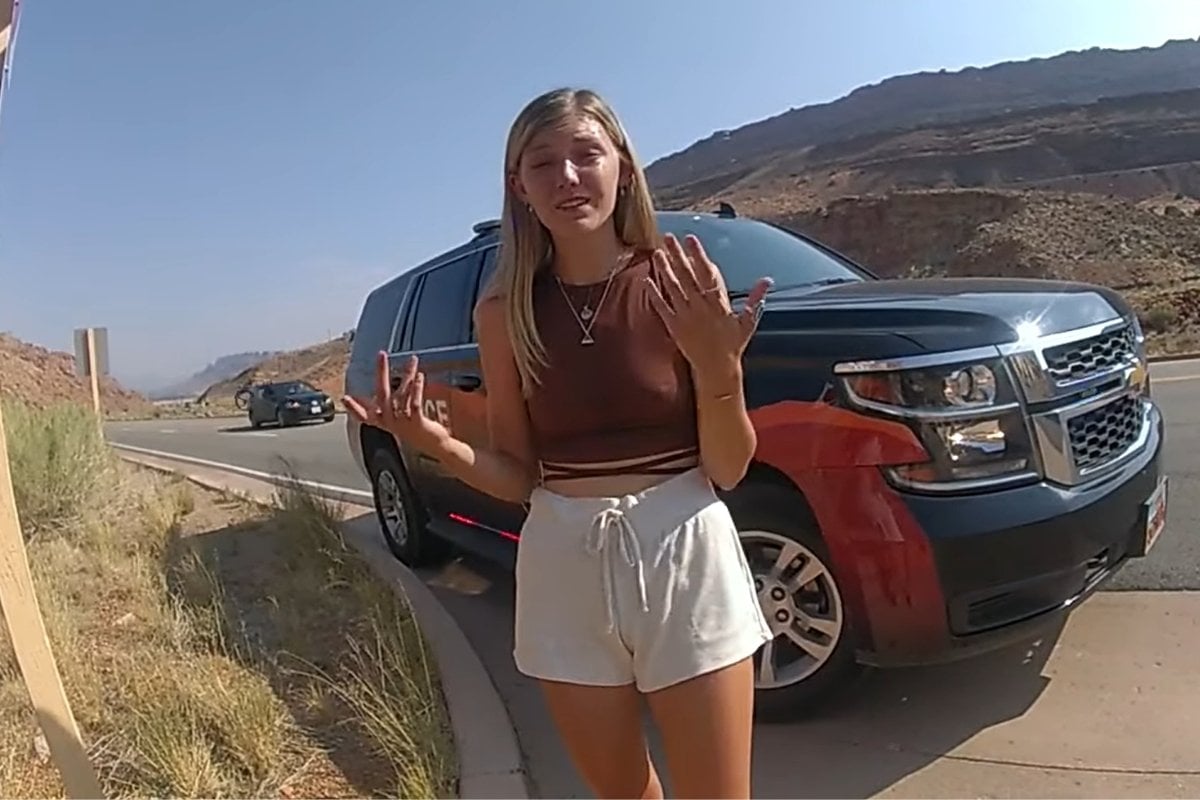 Police bodycam footage of missing woman, Gabby Petito. Image: Moab Police Department. When questioned about visible scratches on his face and body, Brian cited the same argument. He said "little things" had built up, including him getting in the van with dirty feet, and said Gabby had swiped at him with her fingernails and phone.

"I'm not going to pursue [charges] because she is my fiancée and I love her. It was just a squabble. Sorry it had to get so public," he said.

According to a police report about the incident, "While arguing near Main Street, [Brian] had attempted to separate from [Gabby] in so they could both calm their emotions. He got into their van and Gabrielle had gone into a manic state. Brian said Gabrielle, thinking he was going to leave her in Moab without a ride, went to slap him. As Gabrielle started to swing, Brian pushed her away to avoid the slap."

The officer ultimately concluded that there was no cause for charges.

"After evaluating the totality of the circumstances, I do not believe the situation escalated to the level of a domestic assault as much as that of a mental health crisis," the officer concluded.

Police arranged for Brian to spend a night in a hotel while Gabby stayed in the van.

Weeks later, she was killed.

In a statement released last year, Gabby's parents, Nicole Schmidt and Joseph Petito, said they weren't worried when she set out on her adventure with Brian on July 2.

"As a mum, I had concerns about a daughter going on a road trip in general," Nicole said. "But I felt safe... They had a plan, an itinerary, and we were excited for them."

But the couple, who live in New York, said that since Brian's return, he had refused to tell them where he last saw their daughter and "why he left Gabby all alone and drove her van to Florida".

Police were unable to speak to Brian before they found his body on October 20.

On January 21, FBI Denver Division Special Agent in Charge Michael Schneide provided a final update on the investigation into the Gabby Petito case.

In a statement obtained by the ABC, he said: “all logical investigative steps have been concluded in this case.”

They confirmed that “the investigation did not identify any other individuals other than Brian Laundrie directly involved in the tragic death of Gabby Petito”.

While the contents of the notebook haven't been shared, the FBI shared that "a review of the notebook revealed written statements by Mr. Laundrie claiming responsibility for Ms. Petito’s death."

This article was originally published on September 16, 2021 and has been updated to include new information.

Reply
Upvote
Why won't the FBI share the contents of Brian's notebook?  What's the date of his last entry?  Does it implicate his parents? Does it explain why he killed her?  Was it an accident?  Sexual?  Was he defending himself? Taxpayer dollars funded this  investigation and they have the right to know.
A
anniej333 5 months ago