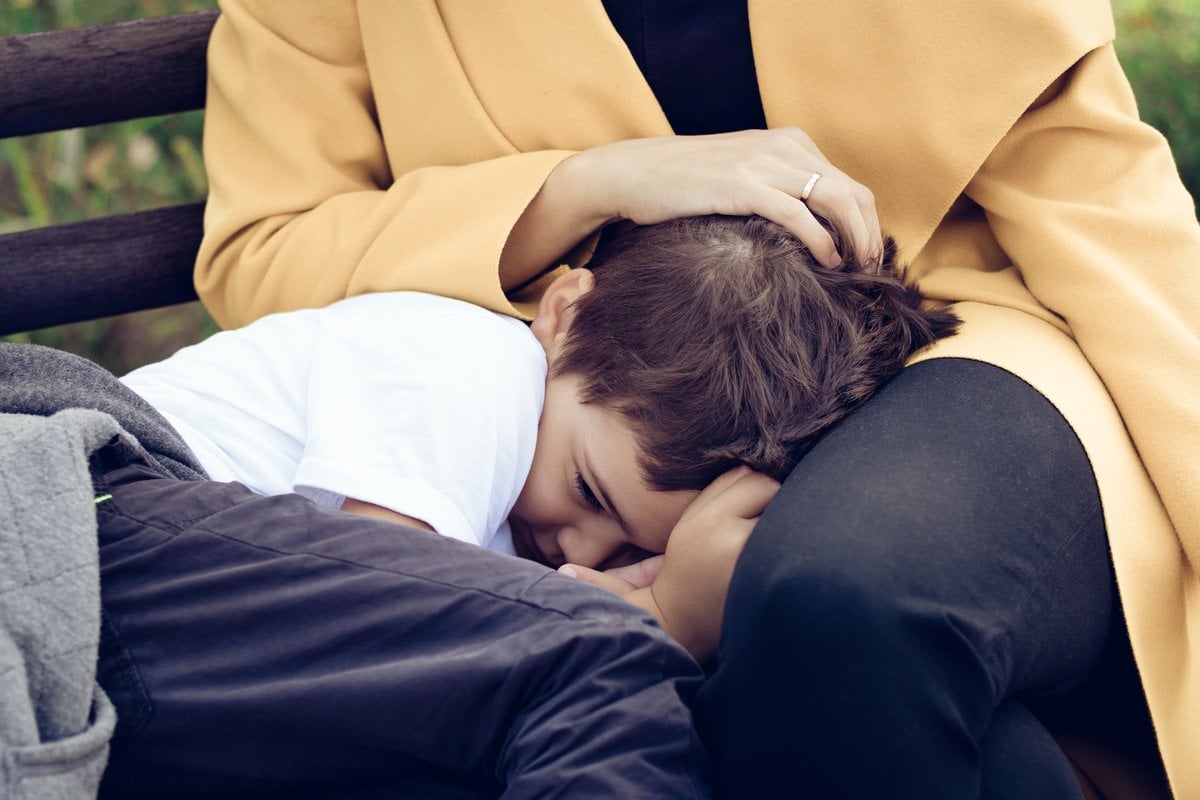 My six-year-old son has never been a great eater.

He would now be regarded as a picky eater, but when he was younger it was more severe than that, there were only about six foods he would eat.

I blamed myself of course, because when he was born I tried desperately to breastfeed to no avail, but I kept trying anyway.

I did this because everyone told me I had to and I did want to. Plus, my mum and my sister and my sister-in-law all did it easily and so I should’ve been able to as well. And if I tried hard enough, I would be able to, I would!

Except I wouldn’t, because five months into motherhood I discovered that my son couldn’t suckle properly because of the shape of his mouth and tongue, and by this stage, he was drastically underweight.

I didn’t give up though. I pumped 12 times a day, used supplemental nursing systems and did regular myofunctional tongue exercises with him. I did all of this because back then I believed I’d be a complete failure who wouldn’t bond with her child if I didn’t breastfeed.

Update: I wasn’t a complete failure and I did bond with my child because newsflash, motherhood is not breastfeeding.

Anyway, because motherhood is living in a perpetual state of guilt, I still believed that this difficult start with breastfeeding might have caused him to have an aversion to eating generally.

It might be true. It also might not be, because I know lots of women whose babies breastfeed beautifully and they still won’t eat anything but vegemite toast to this day.

To most people a picky eater sounds like a minor issue, you just crack the whip, tell them to eat and eventually they will.

And when you have a child that is hungry and cranky and can’t cope with life but refuses to eat, life gets very hard, very quickly.

Well-meaning friends and family (as well as quite a few meddling strangers) shared all the standard lines, and homespun remedies with us.

No, he won’t, he’ll scream-cry himself to sleep with hunger pains rather than eat something he doesn’t like.

“If you serve enough healthy food eventually, he’ll learn to like it.”

“Get him to try a food seven times that way he’ll learn to like the taste.”

And pray tell how do you get him to try the food, do I strap him to the chair in some force-feeding torture chamber high chair scenario? Often the only way to get him to try a food is through bribery, and all the meddlers say you should never ever use bribery (oh and yes, of course we use bribery).

He has got better with age, but still the banana has to be peeled a certain way and both ends cut off before he’ll even consider eating one. The only meat he’ll eat is lamb koftas from the local gourmet butcher or bacon cooked so it is crispy but not burnt.

Pasta (spirals or macaroni tubes only) must be cooked perfectly and served with just the right amount of salt ground onto it, before he uses his fingers to dip each individual piece into sweet supermarket BBQ sauce, so no hiding veggies in the bolognaise has no chance in this house. And every week, on the days it is available, he gets lunch from the tuckshop, always the same, a plain cheese pizza and a lemonade icy pole.

I share all of this because I know there are parents who struggle hugely with getting their children to eat, and there are many, many bystander parents who judge this. Our son is not neurodiverse, but I do know parents who have neurodiverse children or children living with disabilities, and for whom food and eating is a very complex, fraught issue.

So can we all please agree to never utter the line “they’ll eat when they’re hungry enough”, because they might not, and take note, if I need to give my son hot chips a couple of times a week to get the calories in, that’s my business.

Reply
Upvote
2 upvotes
There are therapists who specialise in working with families whose kids have these types of eating disorders. They get the family to come in and eat with them and focus on sensory techniques to try new foods- apparently it’s really effective.

Reply
Upvote
2 upvotes
My 7 y.o. son is the same. He will only eat certain foods and thats ok with me. As long as he is eating something I am happy with that. My brother was exactly the same when he was younger, then when the teenage years arrived he started being more adventurous with his food choices. He is now in his 30's and eats everything!! There is hope for the future!
News
General
Opinion
True Crime
Politics
Sport
Explainer
Entertainment
Celebrity
Reality TV
Movies
TV
Books
Rogue
Royal
Lifestyle
Beauty
Fashion
Weddings
Home
Wellness
Health
Fitness
Travel
Food
Parents
Before The Bump
Pregnancy
Baby
Kids
Teens
School
Parent Opinion
Work & Money
Money
Finance
Career
Lady Startup
Relationships
Sex
Dating
Separation
Friendship
Family
Real Life
Couples