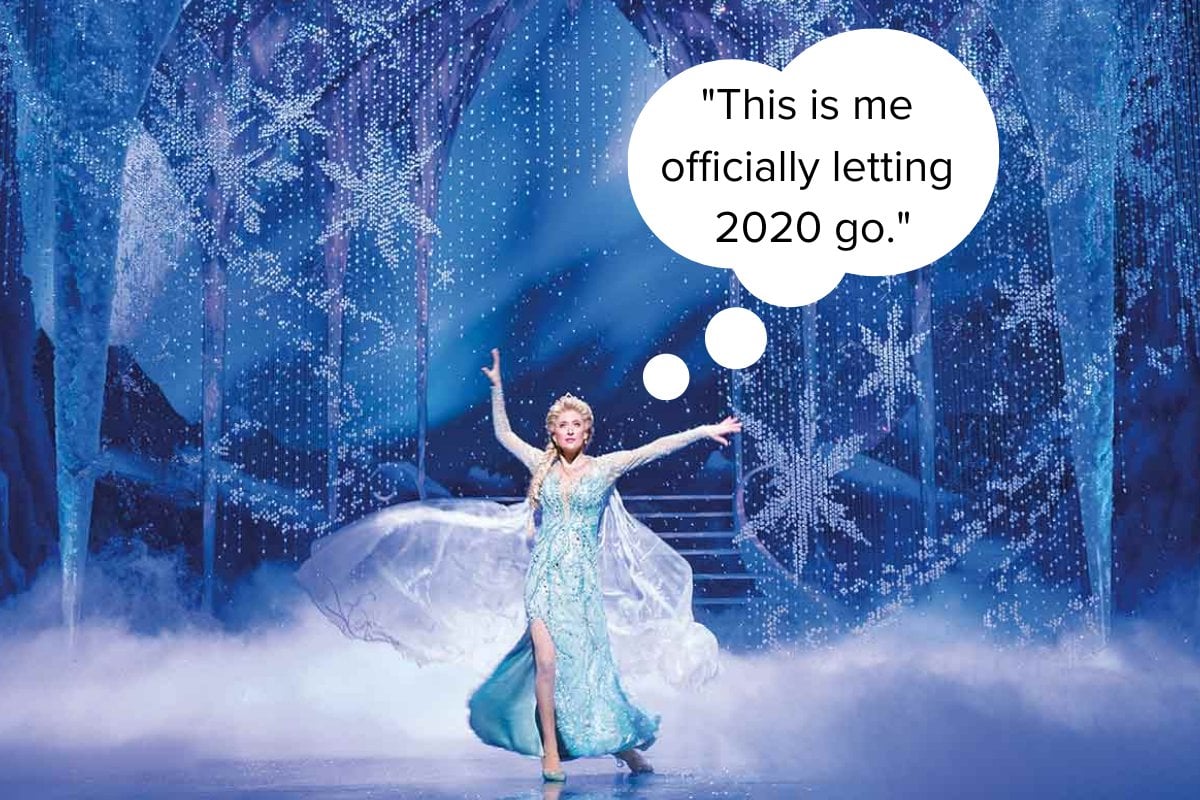 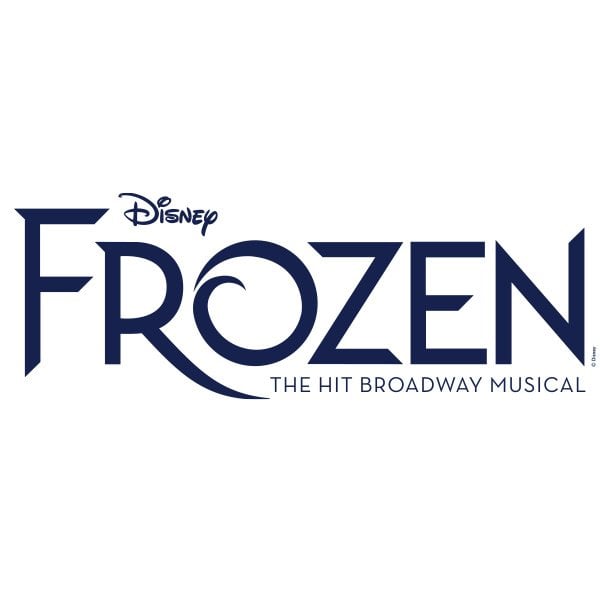 Thanks to our brand partner, Disney’s Frozen the Musical

I don’t know about you, but I have been giving 2020 the cold shoulder. It’s hit me with bushfires, a pandemic, separation anxiety, unemployment, some extra kilos that definitely weren’t there a few months ago, and an overwhelming sense of having absolutely nothing to look forward to.

Plans made with friends and family were dashed. Movie releases were canned. Holidays were indefinitely postponed and even, for a while, a trip to the pub was off the cards.

But as my social life finally creeps back, I’m seeking those big, massive, Broadway-sized milestones to look forward to. And that’s when I saw this:

Frozen the Musical is coming to Sydney.

Watch the Frozen the Musical trailer right here to lean into the hype. Post continues after video.

I know what you’re thinking, isn’t Frozen for… kids?

And yes, the franchise was no doubt a hit with children -  but anyone who has seen the movie, listened to the banger tunes and had a small, but impactful, daydream about being a Queen who constructs an ice castle in a timeframe that would give Grand Designs major whiplash, then HEAR ME OUT.

A little dollop of escapism is exactly what the doctor ordered as a cure for this absolute shocker of a year. And the perfect place to escape reality is in a theatre.

You're slotted into your chair facing a glorious stage set-up, and once the music starts, you are instantly whisked away to some magical alternate universe (read: Arendelle) and completely forget where you are.

There’s only a brief moment in the intermission where you remember you’re in Australia, and for that lapse of escapism you can have a frozen cocktail to keep you chilled. It's summer, remember.

Then you’re back in the second act, witnessing the icy delight that is Frozen the Musical. And when I say icy delight, I don’t just mean snow. I mean ICE.

Yup, Elsa’s dress has more than 18,000 Swarovski crystals hand-sewn into it, and her even chiller palace has a casual 53,000 SWAROVSKI CRYSTALS decorating the walls, towers and doors.

I know the housing market is currently crashing, but good lord this going straight on my home-reno mood board.

Beyond Elsa's get-up, Arendelle could have its own fashion week too. Every single one of the 363 costumes seen on stage (as well as every hat, wig and pair of shoes) has been handmade in a costume workshop in Sydney.

Yes, we’re picturing the RuPaul’s Drag Race workroom too, but to have a cheeky gander into the actual real-life Frozen the Musical workshop, then watch this behind-the-scenes.

Come and take a look at our workshop in Sydney where all the gorgeous costumes, including Elsa’s ice dress, are made by hand. ❄️ #FrozenAus

Plus, Anna’s coronation dress, which has epic custom ribbon embroidery, took more than 80 hours to make - no doubt dividing the nation as to whether they are an 'Elsa' or an 'Anna', based purely off their accessory collection. 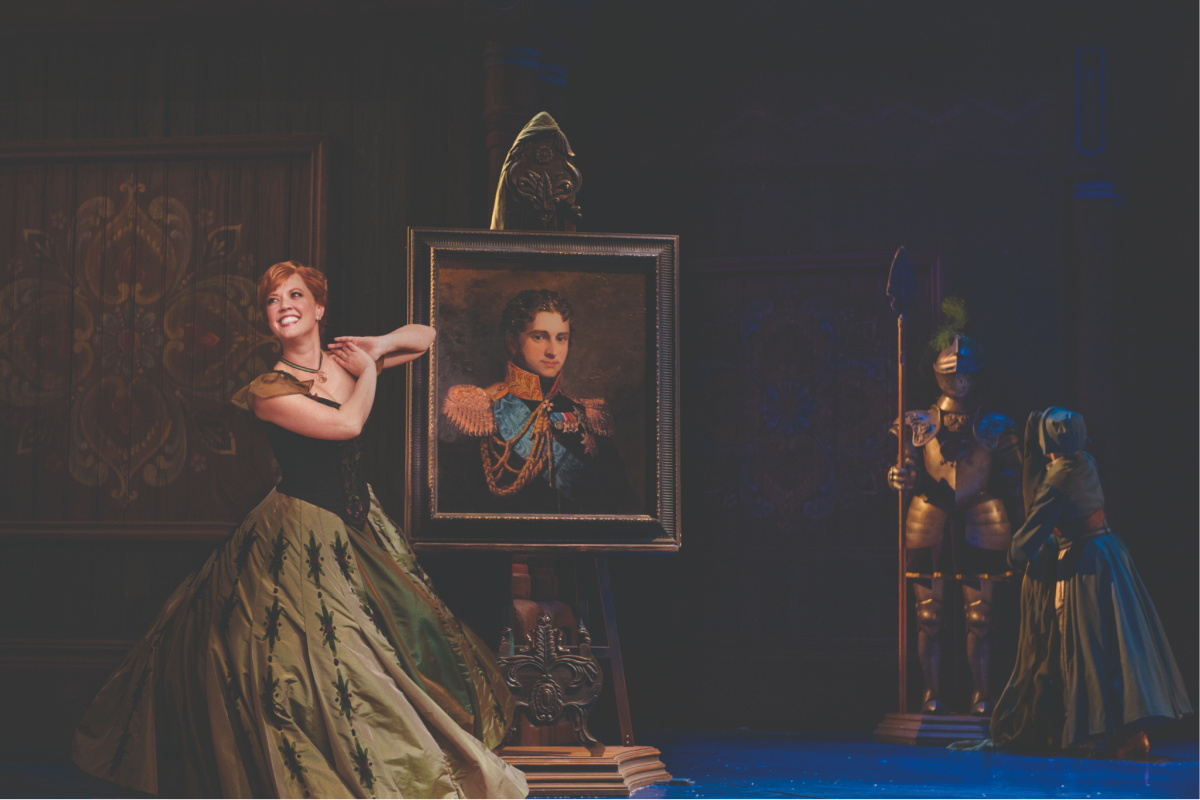 ...and for someone who has worn the same sweatpants for five months now, this is exactly the level of lavish I need to see.

Beyond the wardrobe, I'm also super pumped to hear the 12 new songs in the mix (outside of the movie classics) to add to my shower singing repertoire. I know these songs made the show a Broadway smash in the US, but my sleepy Sydney suburb is about to be WOWED in a whole other manner by my renditions.

With musical theatre stars Jemma Rix (playing Elsa) and Courtney Monsma (playing Anna) leading the all-Aussie cast, I actually can't wait to hear people who sing much better than me in a live setting. It's been a while, you guys.

Which is why, ‘For The First Time In Forever’, I am rallying up my girls, getting all dressed up, ordering a round of frosé and running away to Arendelle. Because, let’s face it, it’s the summer we’ve waited 400 months for, so you can bet your bottom dollar I wanna build a freakin' snowman.

Tickets for Frozen the Musical are on sale now, so be sure to grab them for you and your pals right here.

Performances are held at the Capitol Theatre, Sydney, including accessible ticket options.

Frozen the Musical will finish up in Sydney on May 23, 2021, with tickets for the final performances being released from 9am February 5. Pre-sale tickets for Melbourne will go on sale at 9am March 1, 2021. Those who sign up for the waitlist before February 25 will get priority access.

A flexible COVID-19 exchange policy has been implemented, allowing guests who are unwell to exchange their tickets free of charge to a new performance or offer a refund if a suitable alternative date cannot be found.

Disney Theatrical Productions will continue to follow all state and federal government advice and should advice or circumstances change, patrons will be contacted as soon as possible. No patron is allowed to attend the theatre if they are symptomatic, have tested positive to COVID-19 or are awaiting test results.

From the producers of Aladdin and The Lion King, Disney’s new hit musical Frozen opens at the Capitol Theatre in this December! Adapted from the Oscar winning film, Frozen the Musical is an inspiring tale of sisterhood and true love that comes to life with gorgeous sets and costumes as well as sensational special effects.