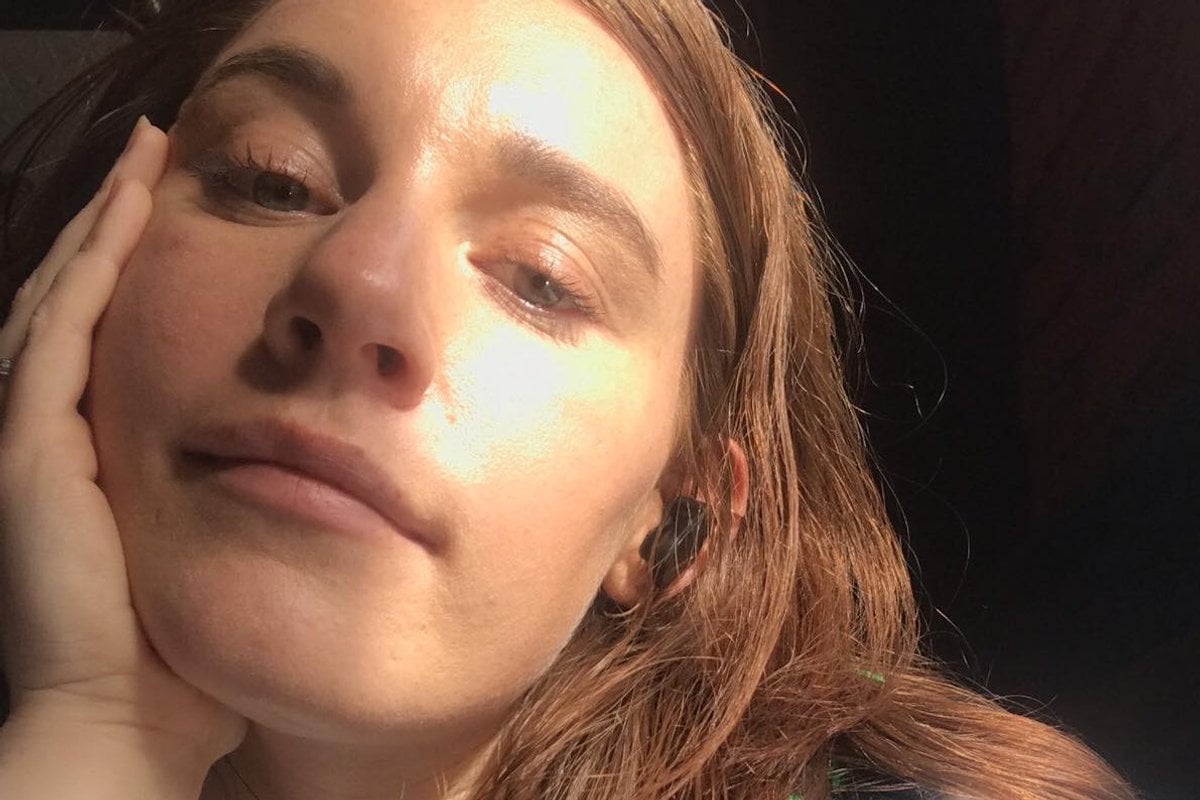 Recently, at work, somebody innocently said to me, "you must have a group of girlfriends from school?"

I assume this is a very normal question to ask. But my body froze. I laughed nervously and shouted, "YES! OF COURSE I DO… SO MANY!"

Then, for the first time in my hospitality life, I ran towards a customer eager to take an order.

To this day, I’ve never had a typical group of ‘girlfriends’ that I meet up with once a month, or the traditional female ‘girlfriends’ others have had since high school.

It's always made me feel so lonely and isolated.

I just don’t think I’ve ever fitted in. While I've never had trouble making friends, and in fact make deep connections easily, the idea of a group of girl pals has always eluded me.

I now famously state, "I have no friends" — but that's not really true. I just don’t have enough to throw a big party (I reckon I could pull off a pretty effective Zoom meeting though!).

I have about five people I would proudly say I can, and do, rely on fully and they on me. I think it's realistic to say that’s enough to meaningfully take on.

I’m loud, I start detailing intense facts about astrology birth chart readings, and I imagine it's an emotionally draining experience for everyone involved.

Some of these social skills (and my lack thereof) are a symptom of my autism.

Some feedback I received once was, "Harriet is the type of friend where you won’t receive back what you give", which was painful to hear from somebody who I had loved dearly.

The value that friendships put on the need for weekly events that simply cannot be missed — Monday night yoga, Friday night dinner, and other countless financial commitments — don’t mix with my bank account, my neurodiversity or me.

Also, all my free time isn’t indicative of my availability. Instead, I commit to friendships in other meaningful ways.

If I ever have a bachelorette party, my invite list won't comprise a group of high school girlfriends or some sort of sisterhood I've been part of.

No, it will be a mix of valued individual friendships I’ve nurtured and connections I’ve made along the way.

I won't have the Instagram of all the girls at the vineyard laughing in time for the photo, but I will have a small group of women who all refuse to be on social media and want to enjoy a very reckless evening with me.

My mum never had a network of girlfriends either.

Mum and I grew up on the couch together, something I will always cherish, and as I don’t recall being invited to many birthday parties, many of my weekends were spent with her.

We would bond watching wildly problematic shows like ‘Dr. Drew's Celebrity Rehab’ and 'Maury Povich,’ waiting for those infamous words "you are NOT the father", together.

Listen to Mamamia's podcast for Gen Z, The Undone. Post continues below.

During the early 2010s, girls my age were bonding over shows like ‘Dance Academy’ but I had no time for metaphorical teenage dance-based drama when I was in the middle of Dr Drew getting to the crux of a “washed up” celebrity’s substance abuse issues.

In the end, I always found my people and I love my people but the value placed on having a group of girlfriends makes me look like I'm doing a terrible job of female friendship.

Anyone who holds me to that standard of friendship will ultimately feel let down.

To anybody who feels a sense of loss anytime you hear somebody talking about a night out with their girlfriends, it's okay.

It’s okay that you don’t want to go to the movies in a pack and prefer going by yourself. At least that way you don’t have to share snacks!

I’m okay with the size of my network but the only time I doubt it is when I’m told about the importance of girlfriends and not just simply friends.

Next time that picture of the ‘the girls’ you knew from high school pops up on Instagram — you know, the one at a vineyard where they're laughing in coordinated outfits — remember this.

You didn't fail the sisterhood. You're just making your own charcuterie board of friendships, the way that best suits you.

Harriet Ring is currently doing her Masters in Media at RMIT. She's a freelance writer, advocate for autistic women like herself, and is an (unofficial) official expert on all things Real Housewives and its adjacent cities.

Reply
Upvote
2 upvotes
My husband and I used to call our large circle of friends 'rent-a-crowd'. We saw them as a group and there were some that we knew well and liked. Others were just part of the crowd. We liked them, but we only invited them to large events. I'm now 50 and I have 2 small groups of gal-pals. One is from parent group and I no longer live in the same state and quite often see them with their partners and/or kids. The other is a newly re-formed circle of high-school friends that weren't a single friendship group at high school. In short, friendship is complicated when you compare your life to a sit-com. You have friends. The number or whether you see them in or as a group doesn't matter.
<
<deleted> a year ago